8 Statistics are about definitions

9 Statistics are about definitions! You may think of statistics as being just numbers, but these numbers represent summaries of measurements or observations that have a conceptual meaning. Deriving statistics from data is dependent on definitions of the concept that is being summarized. definitions

10 Statistics are about definitions! Consider the following example from the Canadian Census on the data behind statistics about visible minorities. This table displays the size of the visible minority population in Canada from the 2006 Census. Visible Minority Groups (15), Generation Status (4), Age Groups (9) and Sex (3) for the Population 15 Years and Over of Canada, Provinces, Territories, Census Metropolitan Areas and Census Agglomerations, 2006 Census - 20% Sample Data

14 Statistics involve classifications The definitions that shape statistics specify the metric of the data they summarize (for example, Canadian dollars) or the categories used to classify things if a statistic represents counts or frequencies. In this latter case, classification systems are used to identify categories of membership in a concept’s definition. Some classification systems are based on standards while others are based on convention or practice. For an example of a standard, see the North American Industrial Classification System (NAICS).NAICS

15 Statistics are presentation ready Tables and charts (or graphs) are typically used to display many statistics at once. You will find statistics sprinkled in text as part of a narrative describing some phenomenon; but tables and charts are the primary methods of organizing and presenting statistics.

16 A quick review To this point, we have established that:  Statistics are ‘real’ only if they are derived from data;  Observational evidence always involves when- where-who-what factors;  Statistics are dependent of definitions of the concepts they summarize;  Statistics that represent counts of things in the data employ classification systems, which are based either on standards or convention; and  Statistics are typically organized for display using tables or charts.

22 Geo-referenced data The unit analysis makes up the rows in the data file and is the object being described by the other variables the file. The values for this variable are geo-codes for Census tracts.

23 Geo-referenced data This case in the data file represents Census Tract 0023.00, which was shown in the image two slides earlier.

31 Access to evidence The University of Alberta Library subscribes to a number of online statistical and aggregate data services.University of Alberta Library For Census statistics and aggregate data, use the E-STAT portal to Census tables. Also available are tables from the Census site on Statistics Canada’s website and from the Library’s GET DATA NOW site.GET DATA NOW For Canadian time series, use the E-STAT portal to CANSIM.

32 CANSIM CANSIM is a very large database containing socio-economic statistics for Canada. There are currently over 38 million time series organized in approximately 2,800 tables. The statistics in CANSIM come from surveys (e.g., the Labour Force Survey), administrative data (e.g., crime and justice) and simulations or models (e.g., population projections).surveyscrime and justicepopulation projections Geography, content and time are basic to retrieving time series from CANSIM.

34 Microdata The University of Alberta Library has a subscription with Statistics Canada to access all of its public use microdata, which are files that have been anonymized to reduce the risk of disclosure.public use microdata There is some online access through the GET DATA NOW. All other access is through the Data Library, which located in Rutherford North, 1 st floor next to the main staircase (phone: 780-492-5212). GET DATA NOW 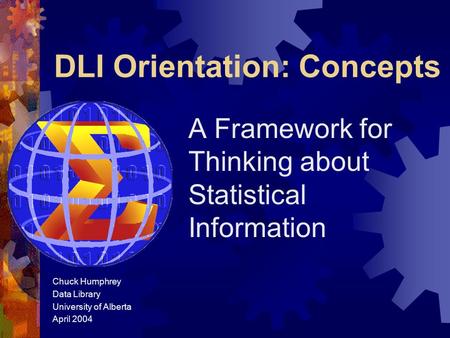 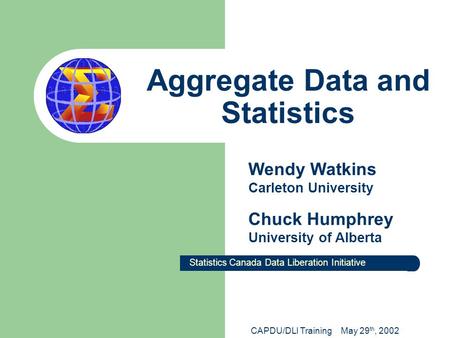 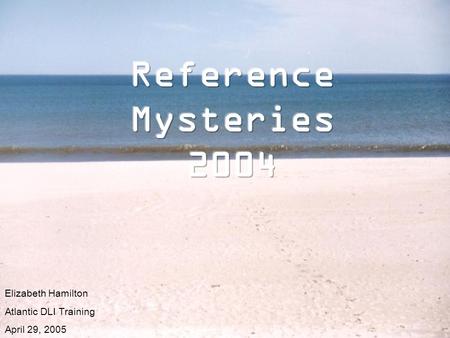 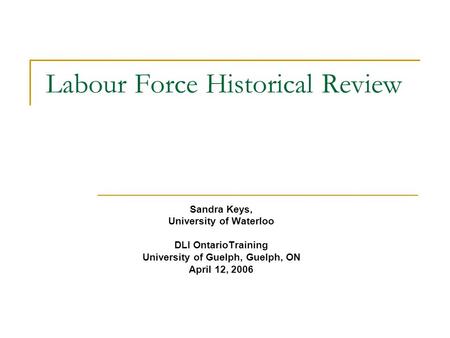 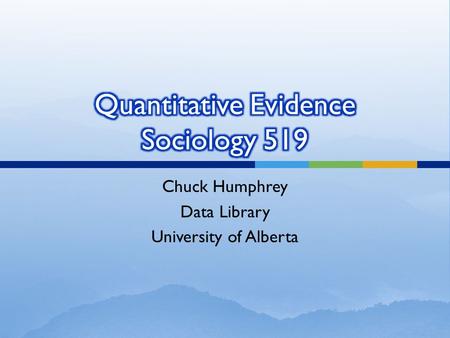 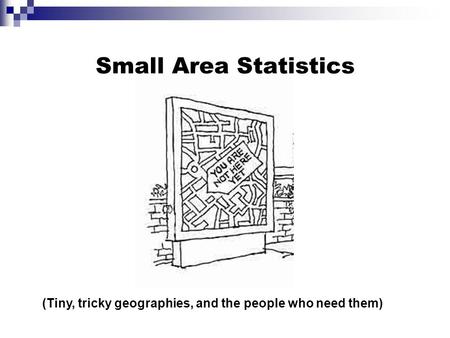 Small Area Statistics (Tiny, tricky geographies, and the people who need them) 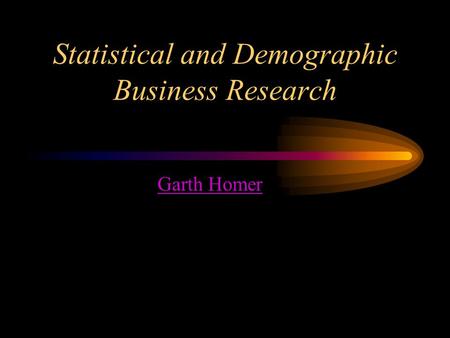 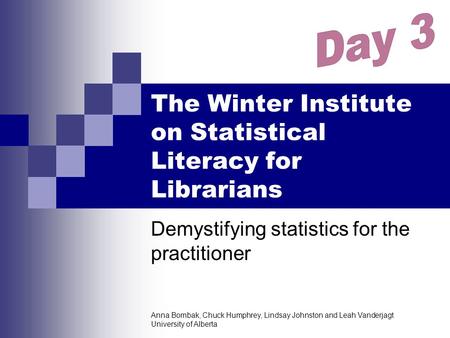 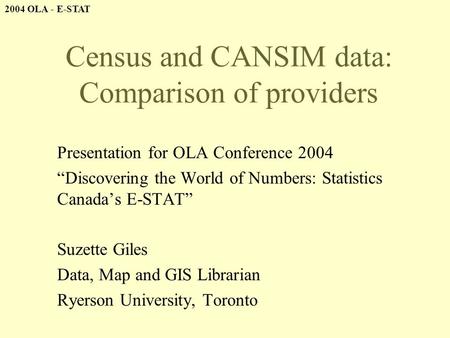 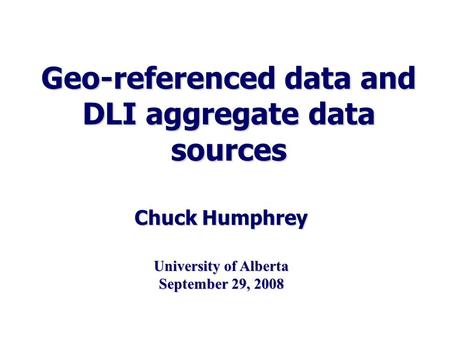 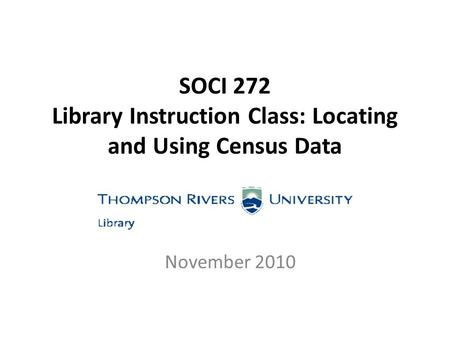 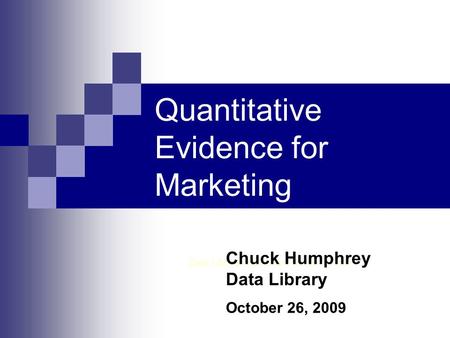 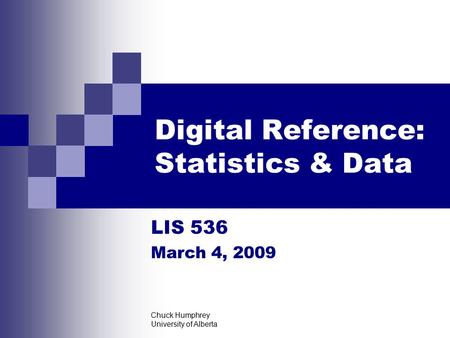 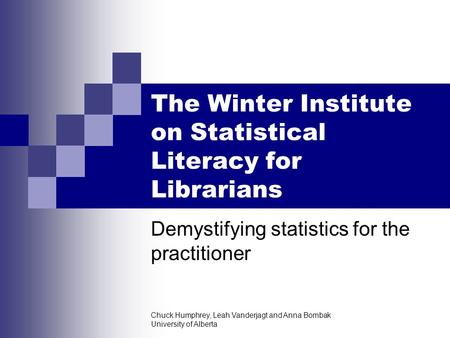 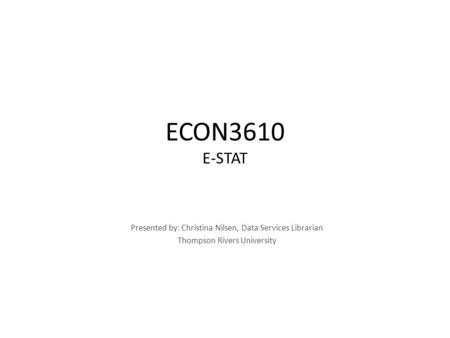 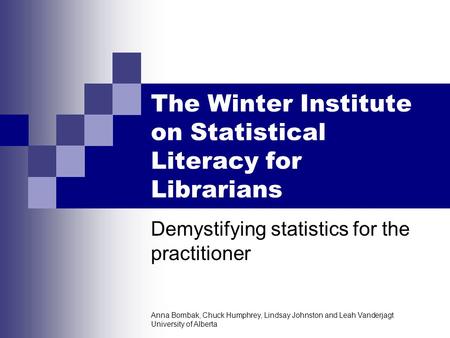 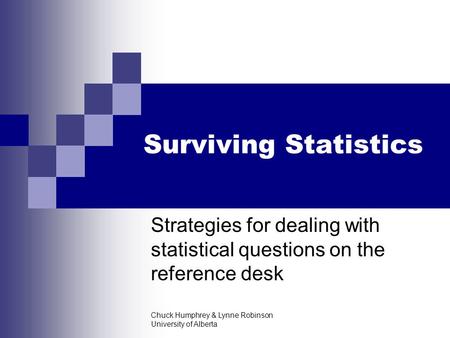