1 INTRODUCTION TO SWITCHGEARS
PRESENTED BY EWETUMO, A . A .

3 Necessity of Switchgears
Switchgears are necessary at every switching point in the power system because there are several voltage levels and fault levels which has to be controlled and protected by accessible switching devices and for isolation, if the need arises.

12 CIRCUIT BREAKERS (a) Definition: A CB is a device capable of making and breaking an electric circuit under normal and abnormal conditions such as short circuit. (b) Functions: A CB is a switching and current interrupting device

14 6. CLASSIFICATION OF CBs CBs are classified according to the following categories: (a) RATED VOLTAGE: (b) MEDIUM OF ARC EXTINCTION; (c) TYPE OF OPERATING MECHANISM; (d) TYPE OF CONSTRUCTION; (e) STRUCTURAL FORM.

16 8. CURRENT INTERRUPTION MODES
(a) High Resistance Current Interruption Mode is employed in all HVDC CBs and in ABCBs by the automatic insertion of high resistance in the CB circuit, milli-seconds, prior to current- interruption, to divert and extinquished arcing.

18 FAULT CLEARING PROCEDURE OF A CB
PRESENTED BY EWETUMO, A. A.

19 FAULT-CLEARING PROCESS OF A CIRCUIT BREAKERS
If we consider a fault occurrence and clearing process of a circuit breaker, the following order or sequence of operation is observed.

20 FAULT OCCURS: As the fault occurs, the fault impedance being low, the currents increases and the relay gets actuated. The moving parts of the relay move because of the increase in the operating torque. The relay takes some time to close its contacts.

21 RELAY CONTACT CLOSES: The relay contacts closes the trip – circuit of the circuit breaker and the trip-coil is energised from the control voltage supply from a battery bank of tripping unit.

22 OPERATING MECHANISM OPERATES:
As the trip – coil is energised, appropriate plunger, toggles, latches or valves are operated, which enables the actuation of the operating mechanism for the opening operation to separate the circuit breaker contacts.

24 CLEARANCE: ISOLATION: The arc is extinguished in the circuit breaker by appropriate suitable techniques at some natural currents zero of a.c. wave. The process of current interruption is completed when the arc is extinguished, current reaches final zero value and the arc does not restrike again. The fault is said to be cleared. 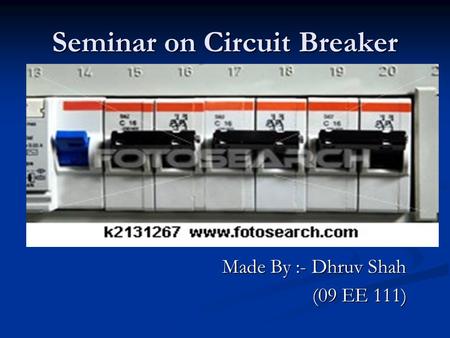 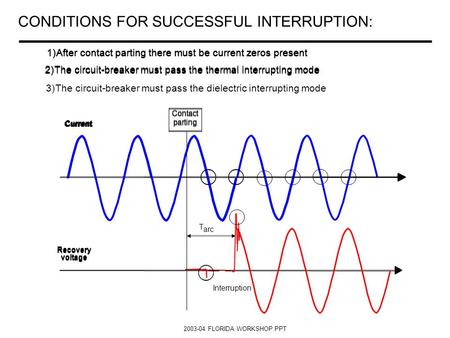 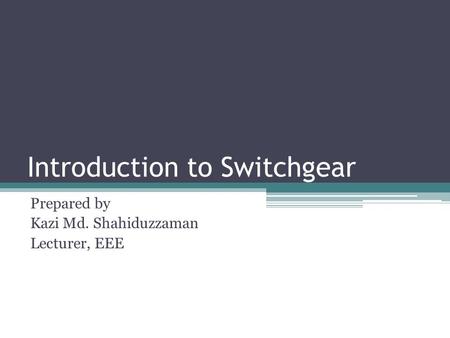 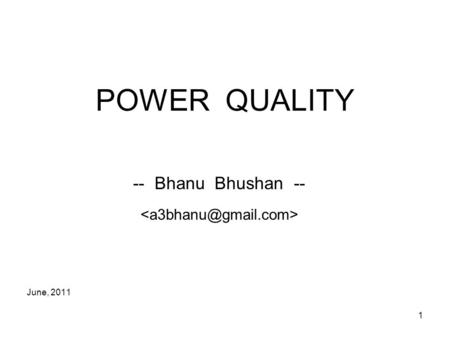 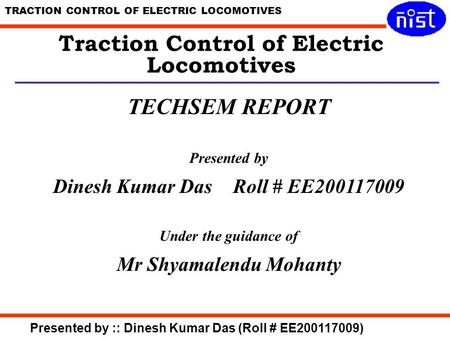 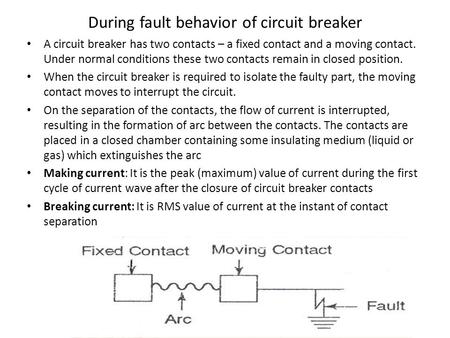 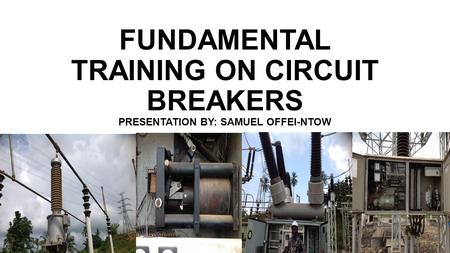 WHAT IS A CIRCUIT BREAKER 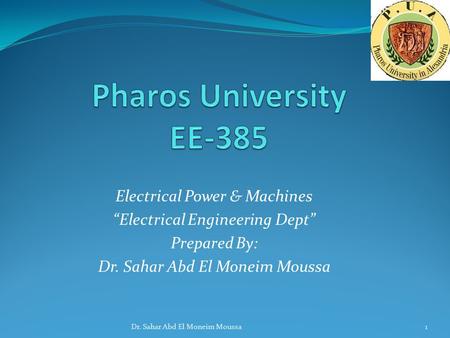 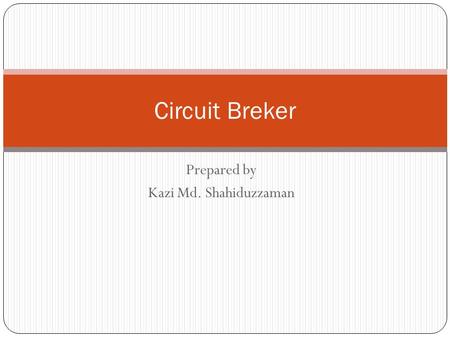 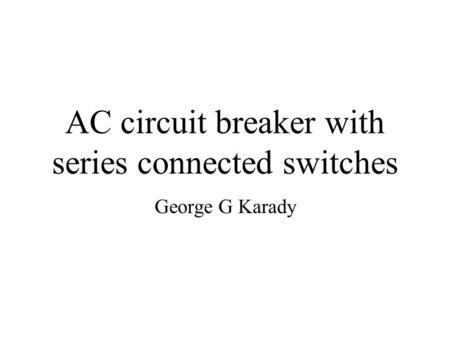 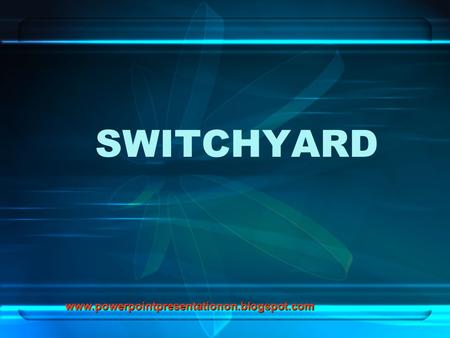 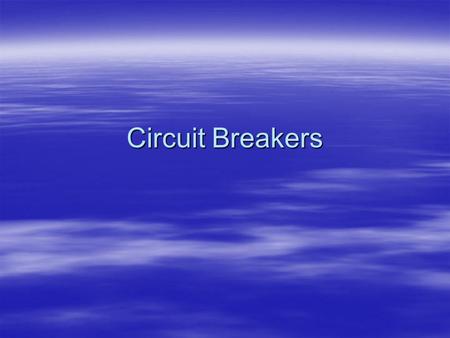 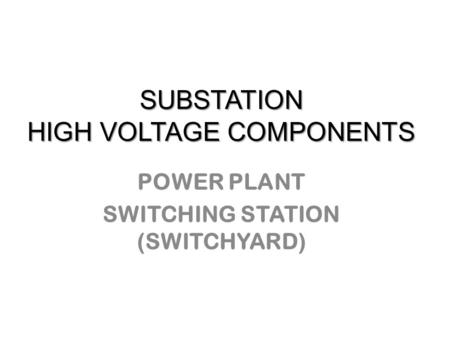 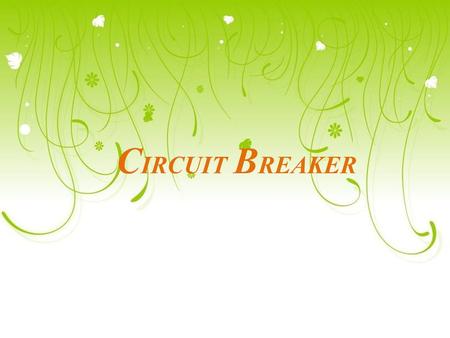 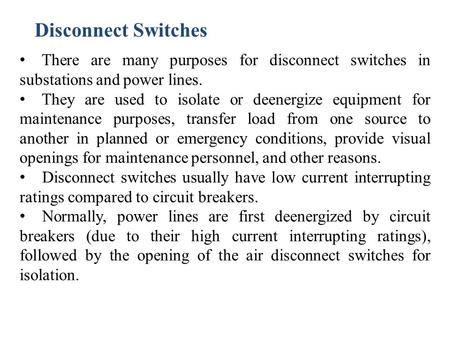 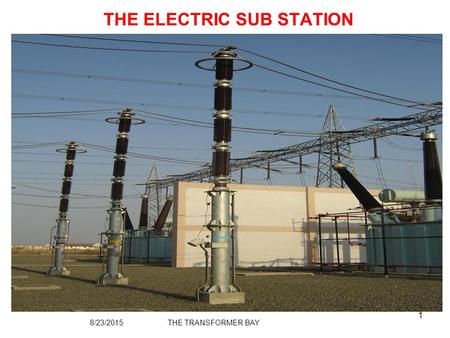 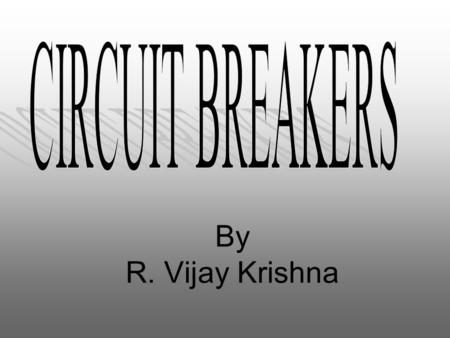 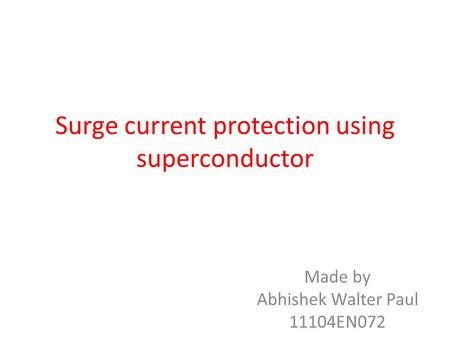 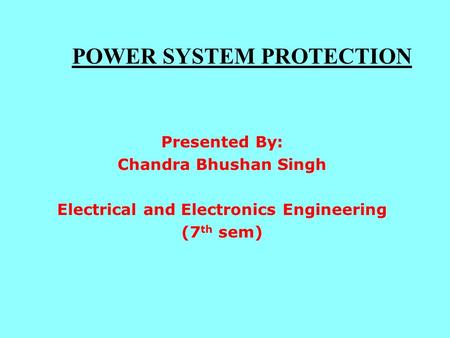 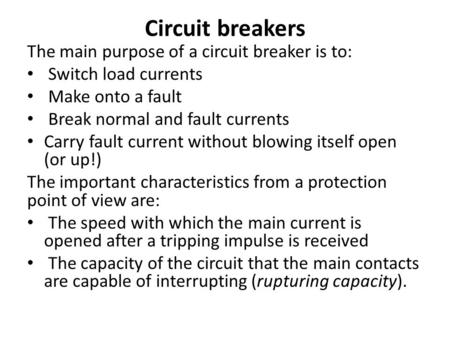