2 Establishing a Republic
In 509 B.C., the Romans broke free of Etruscan rule and formed a republic (People chose some officials and stopped anyone from having to much power). Various governing bodies regulated Roman life, such as the senate (300 land owning elite).

3 Establishing a Republic
In a time of war, a dictator would be chosen, and could serve for 6 months. Plebeians had to fight to gain political power and elect Tribunes. With the help of citizen-soldiers, Rome came to control most of the Italian peninsula by about 270 B.C.

4 From Republic to Empire
Rome expanded around the Mediterranean Fought the African city-state of Carthage in the Punic Wars between 246 B.C. and 146 B.C.

5 From Republic to Empire
In the end, Rome destroyed Carthage and gained control of its lands and people. In the eastern Mediterranean, Rome regained lands that had been conquered by Alexander the Great.

6 From Republic to Empire
Political leaders and the senate fought civil wars in Rome. The empire came to rely on paid soldiers who were loyal to their commanders over the state. Julius Caesar was dictator B.C. and pushed through many civil reforms (provided jobs, citizenship to provinces, and land to poor)

7 From Republic to Empire
Octavian became emperor in 31 B.C. and took the title of Augustus. He created a civil service to enforce laws and imposed a fairer tax system. He ushered in the Pax Romana, which was a 200-year period of peace.

9 Roman Law Roman laws united the empire.
Civil law and the law of nations were merged to apply to everyone in the empire. Many Roman principles of law are still practiced today (right to face accuser and offer a defense & innocent till proven guilty).

11 Summary Question How did the Roman government develop into an empire? 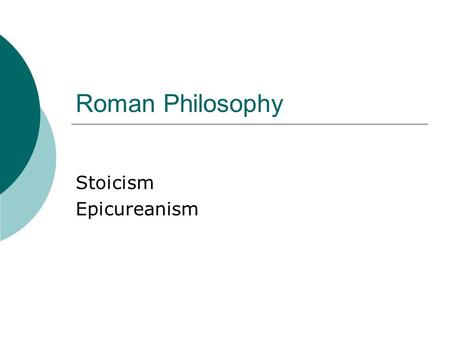 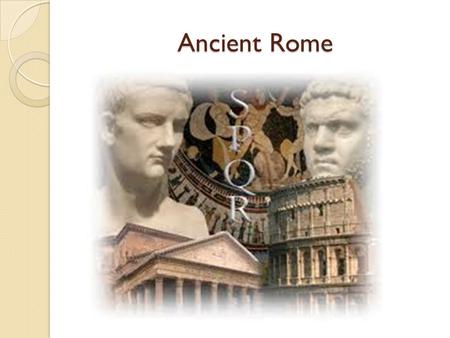