2 Glossary of Terms PearsonAccess www.pearsonaccess.com/fl A website used for almost all test preparation (e.g., PreID), setup, administration, and reporting tasks. Requires a username and password. Verify that you are working in the correct test administration each time you log in. Links to support materials: www.FLAssessments.com/FallRetake. PearsonAccess will time out after 14 minutes of inactivity. 2

4 Glossary of Terms TestNav 6.9 (TestNav) Platform for Florida’s high- stakes computer-based statewide assessments. Software application installed either on a file server or on each computer that will be used for testing. 4

6 Glossary of Terms Proctor Caching Proctor Caching is a process of loading test content locally on a computer at the school level. Does not require a separate caching server and can run on any workstation on the network that meets minimum requirements. Proctor Caching software is provided by Pearson. Reduces test delays due to network congestion. Provides students with a more seamless testing experience. Required for all FCAT/FCAT 2.0/EOC computer-based testing in Florida. Instructions for proctor caching are provided in the Technology Coordinator Guide. 6

7 Pearson Support and PearsonAccess Contact Pearson Support at: 1-877-847-3043 (Monday – Friday, 7:00 am – 8:30 pm ET) Florida@support.pearson.com Appendix B in the Fall 2014 Retake Manual provides the following information: PearsonAccess − User Accounts (FDOE has distributed instructions for setting up user accounts to district assessment coordinators.) − Browser requirements − How to log in for the first time − How to reset passwords Training Center − Test Setup Exercise 7

8 CBT Support Computer-Based Testing Resources for computer-based testing, including information about test setup, best practices, and training resources, are located at www.FLAssessments.com/CBTTrainingResources. The CBT Test Administrator Quick Reference Guide is available at www.FLAssessments.com/AdditionalResources. If a technical issue interrupts testing and is not able to be resolved quickly, school staff should contact Pearson Customer Support at 877-847-3043 and notify the Student Assessment & Educational Testing office immediately (Request a Level 2 Tech). –If a student still has difficulty logging in or gets kicked out of his or her test more than once, that student should not continue attempting to log in until the issue is diagnosed and resolved. 8 Retake Manual Pages v, vi

11 Technology Coordinator Before Testing Checklist  Read the test administration manual and the Technology Coordinator Guide.  Read the Test Administration Policies and Procedures and sign a Test Administration and Security Agreement.  Ensure all workstations meet the minimum requirements described at www.FLAssessments.com/MinimumSpecs.  Confirm TestNav 6.9 software has been installed on all computers to be used for testing.  Install TestHear on all computers to be used for testing students requiring accommodated CBT forms.  Ensure all student workstations have successfully loaded the Infrastructure Trial.  Meet with the school assessment coordinator to discuss the administration of computer-based tests, walk through test administration procedures, and discuss plans for handling possible technical interruptions during testing. 11

12 Technology Coordinator Before Testing Checklist  Run the TestNav System Check to determine the amount of bandwidth needed for testing.  Evaluate the testing locations in the school to ensure availability of sufficient electrical outlets and network jacks.  Ensure appropriate security protocols are used.  Ensure you disable any necessary applications prior to testing.  Confirm that the computers used for test administration have the appropriate required version of a standard Internet browser based on the operating system in use on the computer and the pop-up blocker is disabled (see Appendix B).  Ensure the school has a high-speed connection to the Internet AND the connection is not over-allocated.  If a firewall is used, confirm the appropriate destination/port/protocol combinations are allowed through the firewall. 12

13 Technology Coordinator Before Testing Checklist  Ensure that any proxy servers have been checked to ensure that the appropriate URLs are not blocked.  Confirm that Internet content filters are configured to allow the specific IP addresses required for administering computer-based testing.  Ensure Proctor Caching computers have been set up properly.  Ensure a printer is available for printing the Student Authorization Tickets, seal codes, and Session Rosters (color is not required).  Analyze the network to determine whether network bottlenecks exist.  Confirm that student computers and the Proctor Caching computer have not been updated with any additional software and will not be updated before testing begins.  Confirm that test content has been cached for all scheduled test sessions. Test content is available one week prior to the test administration window. 13

15 Technology Coordinator Before Testing Checklist  Ensure that each computer station is equipped with a keyboard and mouse (or other pointing device).  Disable instant messaging, email notification, screensavers, power savers, and remote desktop.  Disable or delay anti-virus, auto-scan and/or auto-update, system restore utilities, Windows Security Firewall, web content filtering, or other software that may impact CPU speed or scan/block information transferred between the workstation and the servers.  Alert the school to the dates and times for computer-based testing and require students not testing and teachers to refrain from using any streaming media or other high-bandwidth applications while students are testing. 15

16 Technology Coordinator Before Testing Checklist  Ensure student workstations and the user profiles and logins being used for testing allow full permissions (read, write, and modify access) to the TestNav/Temp, TestNav/Logs, and gh/TestHearPearson/Data directories.  Ensure that the primary and secondary save locations are set for student response files and that students have read and write access to these locations.  Ensure that test administrators are familiar with how to access TestNav and TestHear software from student workstations and how to access the student comment forms. The student comment form is available at: www.FLAssessments.com/RetakeStudentCommentForm.  On each day of testing, confirm that the Proctor Caching computer and Proctor Caching software are turned on and remain running. 16

17 Technology Coordinator Before Testing 17 Monitor Display and Shading To ensure students will see all of the content in the test, students are asked to confirm that they can see 15% shading on the Test Group Code screen when they first log in to the test. If students cannot see the shading, they must exit the test and their monitor settings must be adjusted. General instructions for adjusting monitor settings are provided in the Technology Coordinator Guide. The steps for changing contrast and brightness settings will vary depending on the manufacturer and model of each individual monitor.

20 Technology Coordinator Before Testing TestNav ePATs Students are required to participate in a practice test using the ePAT to familiarize students and staff with the format, item types, and tools on the computer-based assessments. The ePATs must be downloaded and installed on the computer workstation that will be used for the practice test. In order to access a TestNav ePAT, you must first download and install the ePAT Launcher. The Launcher is used to deliver the individual practice tests. You only need to install the Launcher once on each machine. Next, you must download the TestNav ePAT content. The TestNav ePAT content and the Launcher must be saved in the same file folder. Instructions for installing and running TestNav ePATs are provided in the Technology Coordinator Guide. 20

21 Technology Coordinator Before Testing TestHear ePATs Students are required to participate in a practice test using the ePAT with the same accommodations that will be provided to them on the operational assessment. The accommodated ePATs must be downloaded and installed on the computer workstation that will be used for the practice test. TestHear ePATs will only operate on Windows PC workstations and on Macintosh workstations that have Mac OS X 10.5 or later installed and are running Windows (e.g., via Boot Camp). TestHear ePATs will not work on Mac OS X 10.4 or on Macs that cannot also run Windows. Instructions for installing and running TestHear ePATs are provided in the Technology Coordinator Guide. 21

22 Technology Coordinator Before Testing TestNav Installation instructions are provided in the Technology Coordinator Guide. Once TestNav has been properly installed and tested, it should continue to be successful on student workstations through the test administration, as long as no incompatible software updates are made. File Share vs. Local Install Two options for installing TestNav − File Share − Local Install 22

24 Technology Coordinator Before Testing TestHear TestHear software must be installed locally on all computers that will be used by students requiring accommodated CBT forms (e.g., large print, color contrast, zoom, screen reader, assistive devices). Instructions for downloading and installing TestHear are provided in the Technology Coordinator Guide. TestHear will only operate on Windows PC workstations and on Macintosh workstations that have Mac OS X 10.5 or later installed and are running Windows (e.g., via Boot Camp). TestHear accommodated Reading forms are larger than TestNav forms. To help determine bandwidth requirements and to provide an opportunity to practice loading TestHear forms, accommodated test data has been added to the Testing Volume Calculator in the TestNav System Check (www.FLAssessments.com/SystemCheck) and to the Infrastructure Trial in the Training Center. 24 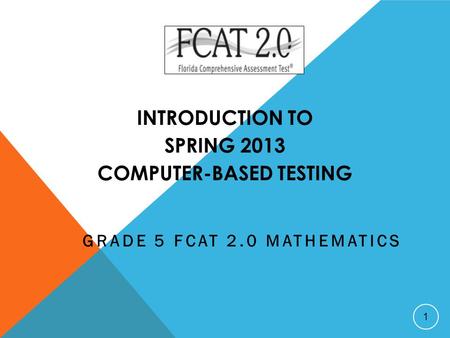 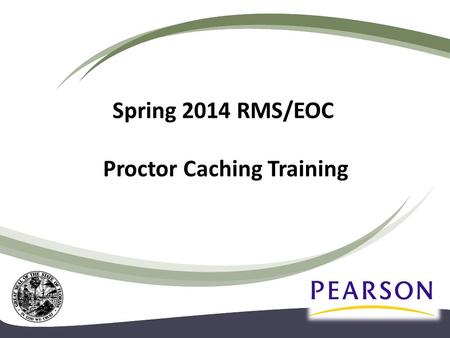 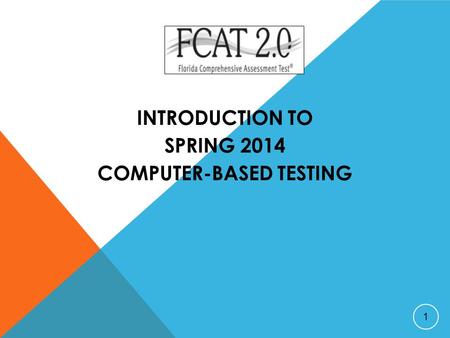 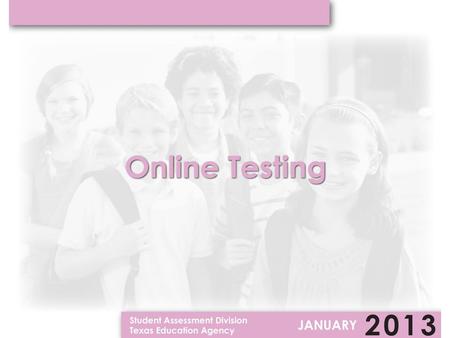 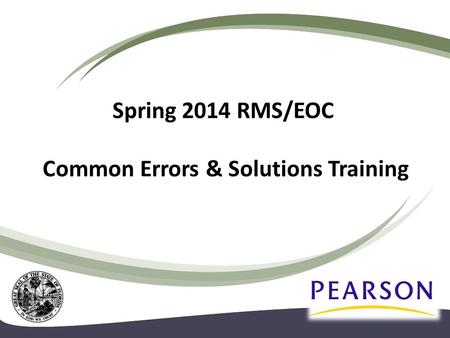 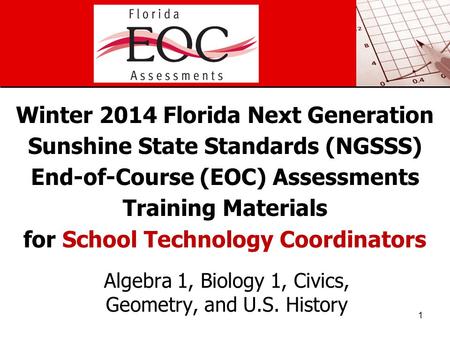 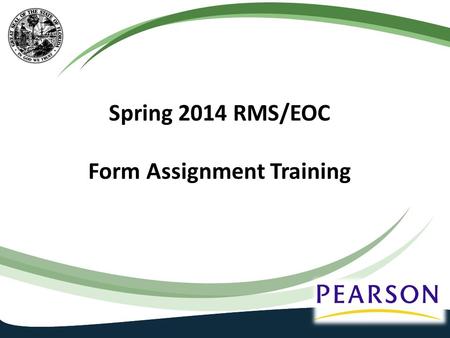 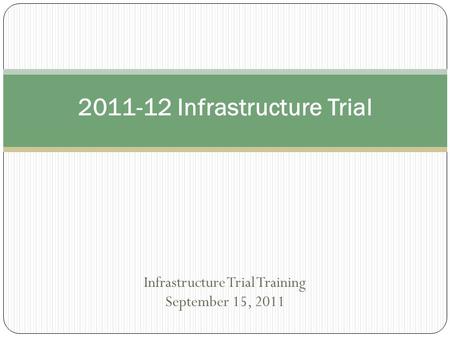 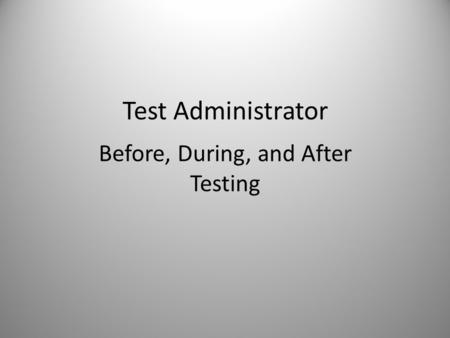 Test Administrator Before, During, and After Testing 1. 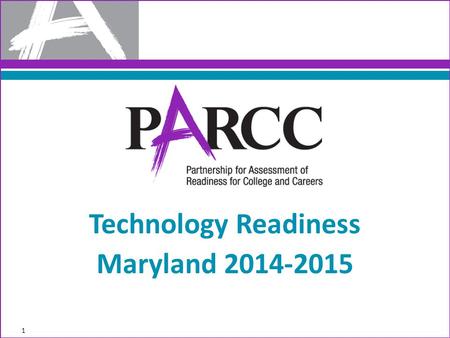 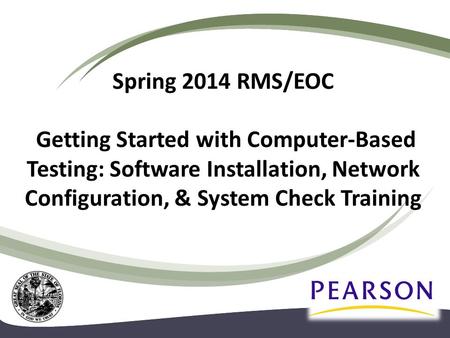 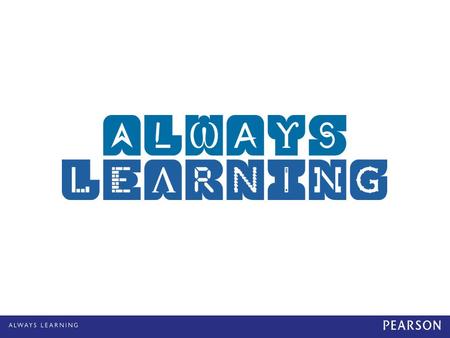 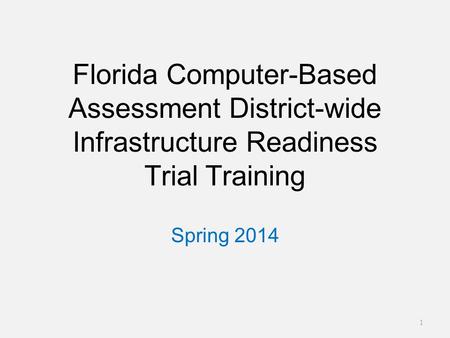 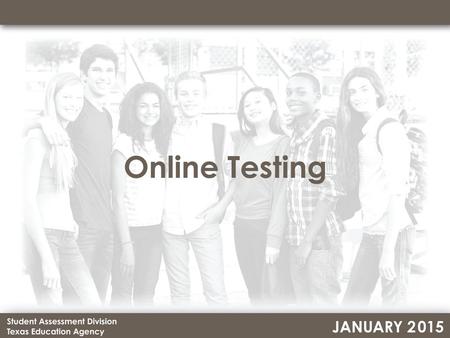 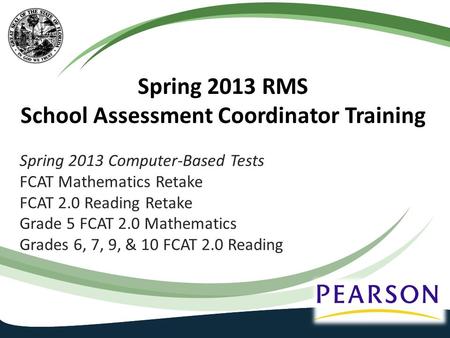 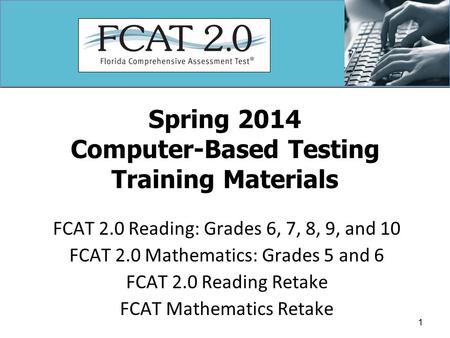 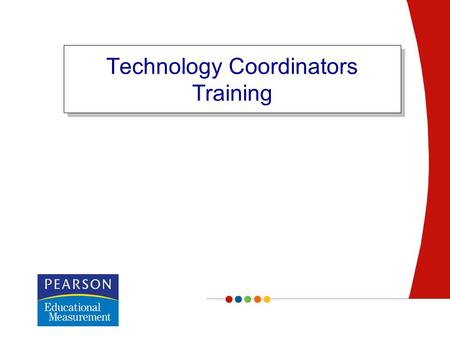 Technology Coordinators Training. Confidential Copyright © 2007 Pearson Education, Inc. and/or one or more of its direct or indirect affiliates. All rights. 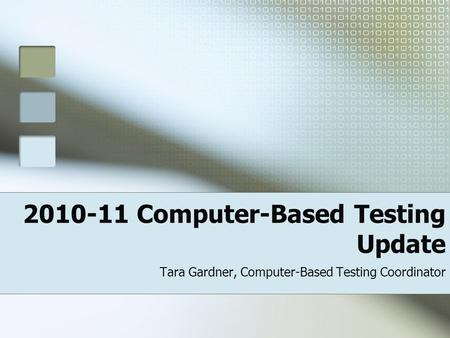 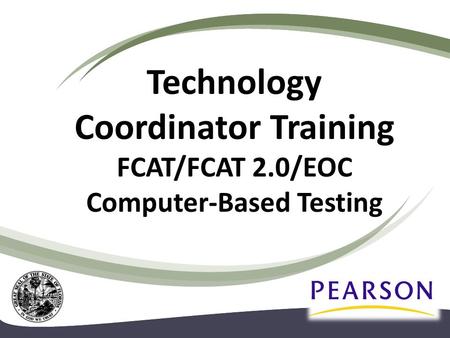 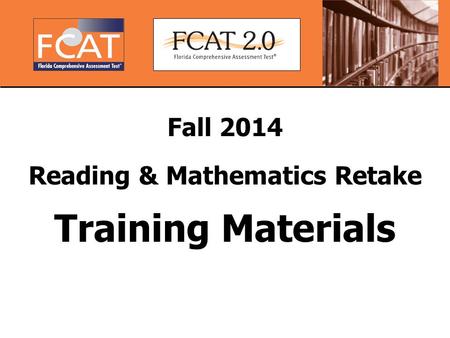