5 Sickle- Cell Disease Affects hemoglobin, protein in blood that carries O2 When O2 concentrations are low blood cells have a sickle shape The sickle shape can clog blood vessels and cannot carry as much O2 as normal shaped red blood cells The allele is codominant with normal allele A person with 2 sickle shaped alleles will have the disease One allele and the person will produce both normal and sickle shaped cells. These people will not usually have symptoms of the disease

7 Down Syndrome Trisomy 21 Have an extra copy of chromosome 211 (instead of a pair the person has 3 copies) Most often occurs when chromosomes fail to separate properly during meiosis Have some degree of mental retardation. Heart defects are also common, but can be treated 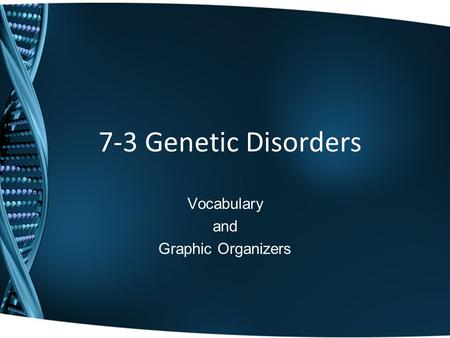 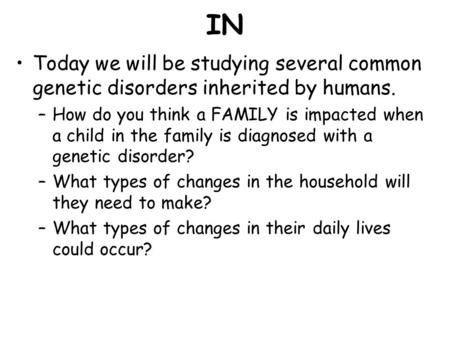 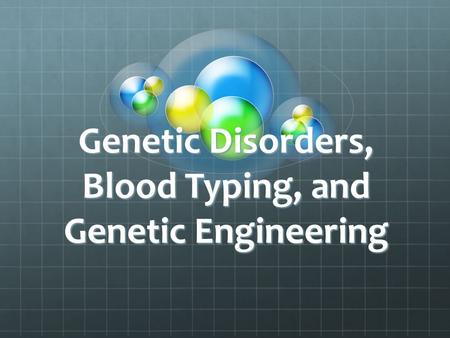