10 What ending is used for the names of negative ions formed when atoms gain electrons?
-ade -ide -ate Countdown 10

12 What is the smallest particle into which a covalently bonded compound can be divided and still be the same compound? molecule atom electron proton Countdown 10

14 Which of the following properties of a metal means that it can be drawn into wires?
electrical conductivity malleability ductility flexibility Countdown 10

15 Which of the following represents the number of protons in an atom?
proton number atomic number covalent number nuclear number Countdown 10

16 What do atoms gain, lose, or share when they bond?
protons neutrons electrons atoms Countdown 10

20 What do you call an interaction that holds two atoms together?
chemical hold chemical bond chemical interaction bond of chemicals Countdown 10

21 What do you call a bond that forms when electrons are transferred from one atom to another?
compound bond ionic bond crystal bond atom bond Countdown 10

25 How many valence electrons does helium need to have a filled outermost energy level?
1 2 4 8 Countdown 10

26 Because ions in metals can be easily arranged without breaking the metallic bonds, metals tend to be easily shattered. crystallized. reshaped. broken. Countdown 10

27 Which of the following is NOT a property of metals associated with metallic bonds?
malleability ductility conductivity brittleness Countdown 10 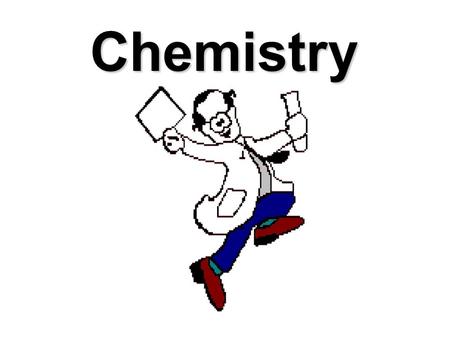 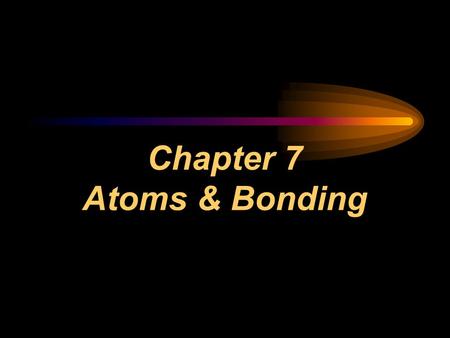 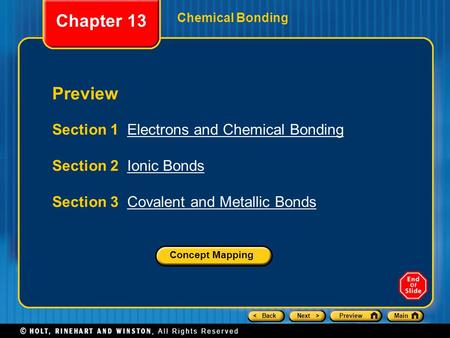 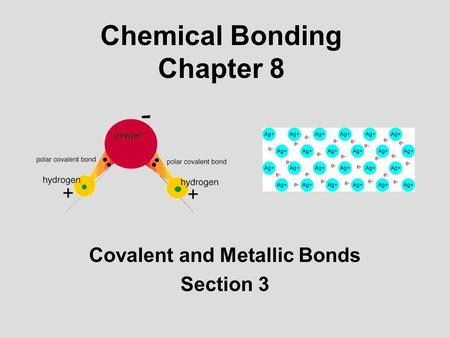 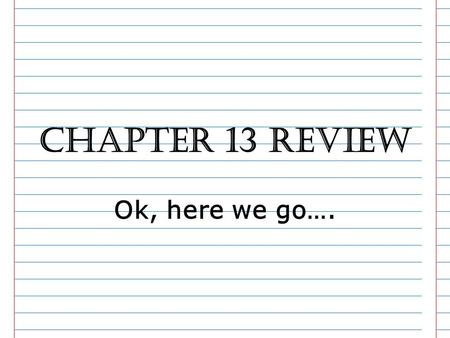 Chapter 13 Review Ok, here we go….. 7/12/2015 copyright ALL RIGHTS RESERVED The smallest particle into which covalently. 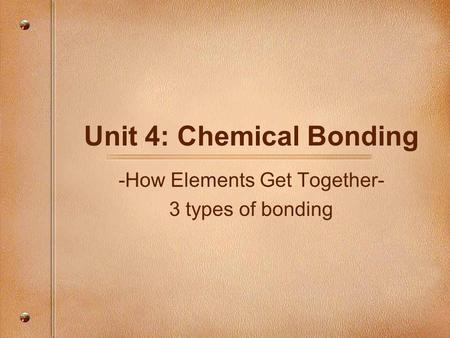