5 Tone It is usually an emotion that the author
is feeling as they write. You can hear it in the language used. For example: bitter sad regretful

6 Hyperbole Pronounced ‘high-per-bowl-ay’
It is another word for extreme exaggeration and is used to make a strong point. For example: I felt a thousand eyes on me as I entered the room. I’ve told you a million times. I am so embarrassed I could die!

7 Emotive words These are words that create an emotion or show a strong feeling in the reader. ‘Emotive’ comes from the word ‘emotion’. For example: heroic humiliation brave heartless

8 Metaphor A figure of speech that compares unlike objects. It says something is something that it is not. For example: - The exam was a breeze. - She was my rock in this situation. - Your brother is a pig.

9 Onomatopoeia The use of words whose sounds suggest their meaning.
For example: - Bang - Chuckle - Splash

10 Imagery Imagery is visually descriptive language.
It allows you to create a picture in your mind with the poet’s words. For example: He felt like the flowers were waving him a hello. A host, of golden daffodils; Beside the lake, beneath the trees, Fluttering and dancing in the breeze.

11 Simile A comparison usually using the words ‘like’ or ‘as’.
For example: - As busy as a bee - I slept like a log - Her face was as pale as the moon

12 Theme The central idea of the poem; what it is about. For example:
death love loneliness

13 Personification When animals or objects are said to have human characteristics. For example: - The stars danced playfully in the moonlit sky. - The run down house appeared depressed. - When the DVD went on sale, it flew off the shelves. - The storm attacked the town with great rage.

14 Enjambment When sentences run into the next line with no punctuation or pause between them. For example: It is a beauteous evening, calm and free, The holy time is quiet as a Nun Breathless with adoration; the broad sun Is sinking down in its tranquillity.

15 Alliteration The repetition of one or more initial consonants in a group of words or lines of poetry or prose. For example: - delicious dinner - miserable merchant - fantastic friend

16 Rhyme Rhyme is when two or more words have the same sound at the end of a sentence. A rhyme scheme is the pattern of rhymes within a poem. They are marked like this ABAB or ABACAB etc.

17 Repetition When a sentence or phrase is repeated. A poet does this for effect.

18 Structure How is the poem organised?
How many stanzas does it have? How many lines have they got? When discussing structure, you will talk about the effect its structure has on the theme. Is it regular or irregular?

19 Personal response How do you feel about the poem?
You can dislike it however you must have a reason – you can’t say ‘it’s boring’ or ‘it doesn’t make sense’ or I don’t understand it’. These are not reasons an examiner will accept!

20 You must use examples from the poem to support your answer, just like we used quotes when writing about ‘Macbeth’. You only need to quote what is relevant, not a whole stanza.

22 What words come to mind when you see these images?

23 Clashes and Collisions
What words come to mind?

24 These poems look at conflict.
They look at things in opposition. They explore the challenges that people face.

25 Tackling a poem First, we will read it.
Secondly, we will highlight the examples of language. Thirdly, we will write our personal response to the poem. 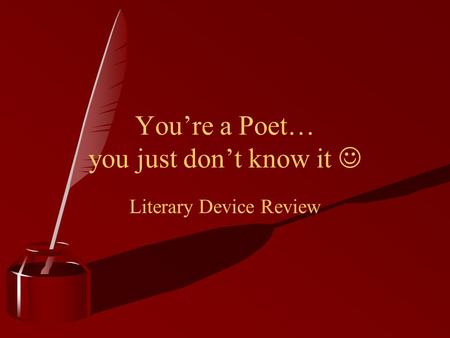 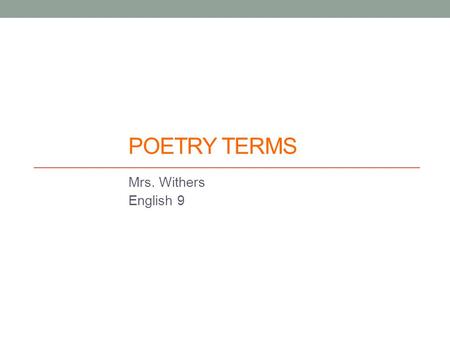 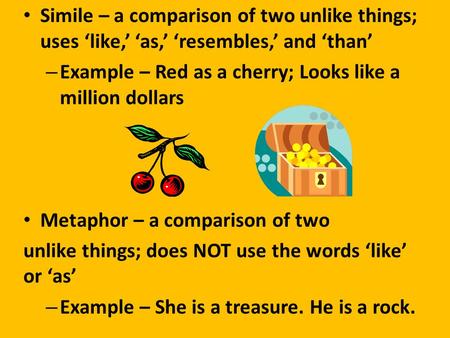 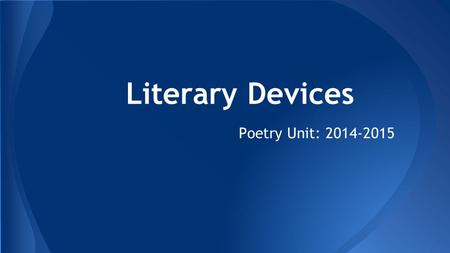 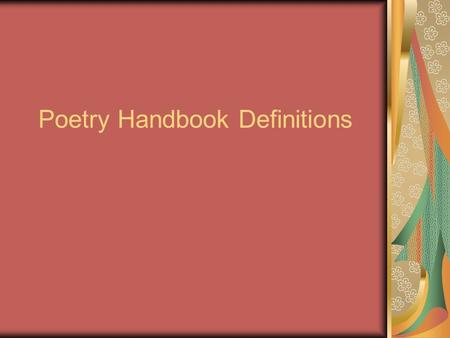 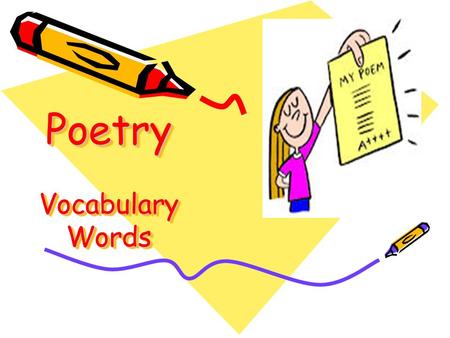 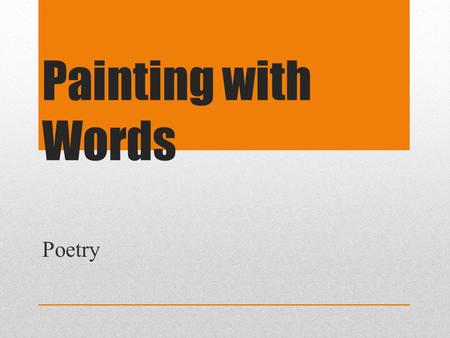 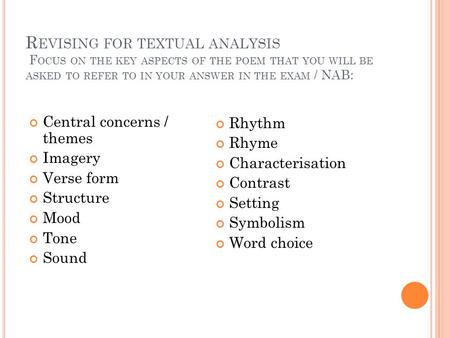