5 Stress-Strain Diagrams
Stress-strain diagrams is a plot of stress with the corresponding strain produced. Stress is the y-axis Strain is the x-axis Stress Strain Linear (Hookean) Non-Linear (non-Hookean)

6 Modulus and Strength Modulus: Slope of the stress-strain curve
Can be Initial Modulus, Tangent Modulus or Secant Modulus Secant Modulus is most common Strength Yield Strength Stress that the material starts to yield Maximum allowable stress Proportional Limit Similar to yield strength and is the point where Hooke’s Law is valid If stress is higher than Hooke’s Law is not valid and can’t be used. Ultimate strength Maximum stress that a material can withstand Important for brittle materials Stress Strain Modulus Yield Strength Proportional Limit Ultimate Strength

7 Allowable Axial Load Structural members are usually designed for a limited stress level called allowable stress, which is the max stress that the material can handle. Equation can be rewritten Required Area The required minimum cross-sectional area A that a structural member needs to support the allowable stress is from Equation 9-1 Example Hinged Beam Statics review Sum of forces = 0 Sum of Moments = 0. Moment is Force time a distance to solid wall

8 Strain Units % Elongation = strain x 100%
Strain: Physical change in the dimensions of a specimen that results from applying a load to the test specimen. Strain calculated by the ratio of the change in length, , and the original length, L. (Deformation) Where,  = linear strain ( is Greek for epsilon)  = total axial deformation (elongation of contraction) = Lfinal –Linitial = Lf - L L = Original length Strain units (Dimensionless) Units When units are given they usually are in/in or mm/mm. (Change in dimension divided by original length) % Elongation = strain x 100% L 

11 Hooke’s Law Hooke’s Law relates stress to strain by way of modulus
Hooke’s law says that strain can be calculated as long as the stress is lower than the maximum allowable stress or lower than the proportional limit. If the stress is higher than the proportional limit or max allowable stress than the part will fail and you can’t use Hooke’s law to calculate strain. Stress = modulus of elasticity, E, times strain Stress=  = load per area, P/A Strain=  = deformation per length,  /L Rearrange Hooke’s law Solving for deformation is With these equations you can find How much a rod can stretch without breaking. What the area is needed to handle load without breaking What diameter is needed to handle load without breaking Example 10-1 Example 10-3 Eqn 8-3

13 Safety Factor Allowable Stresses and Factor of Safety
Provide a margin of safety in design for bridges, cars, buildings, rockets, space shuttles, air planes, etc… Structural members and machines are designed so that columns, plates, trusses, bolts, see much less than the stress that will cause failure. Ductile materials: If the stress is greater than the yield strength or proportional limit of the material. Brittle materials: If the stress is greater than the ultimate strength of the material.Since they do not show any yielding, just fracturing.

14 Stress Concentrations
Stresses can be higher near holes, notches, sharp corners in a part or structural member. Stress concentration factor, K = stresses near hole stresses far away from hole K is looked up in a table or on a graph Stress at hole can be calculated to see if part will fail. Where b is the net width at hole section and t is the thickness.

15 Thermal Stresses Most materials expand when heated as the temperature increases. As the temperature goes up, the material expands and results in forces that cause stress in the part. As temperature increases the stresses increase in part. Examples, Cast iron engine block heat up to 500F and expands the cast iron block which causes stresses at the bolts. The bolts must be large enough to withstand the stress. Aluminum heats up and expands and then cools off and contracts. Sometimes the stresses causes cracks in the aluminum block. Space shuttle blasts off and heats up, goes into space and cools down (-200F), and reenters Earths atmosphere and heats up (3000F) Aluminum melts at 1300F so need ceramic heat shields Aluminum structure expands and cools. The amount the material expands is as follows: Change in length that is causes by temperature change (hot or cold) Where,  = change in length  = the CLTE (coefficient of linear thermal expansion T = change in temperature (Thot – Tcold) L = length of member Examples

18 Fatigue Properties Fatigue Properties
All materials that are subjected to a cyclic loading can experience fatigue Failure occurs through a maximum stress at any cycle. Test methods Subject the material to stress cycles and counting the number of cycles to failure, then Fatigue properties are developed. Table of properties for each material How many cycles a material can experience at a certain stress level before failing. S-N diagrams are developed (Stress and Number of cycles) Specify fatigue as a stress value Design for less than fatigue stress N, number of cycles S, stress

20 Hardness Mechanical Tests
Brinell Test Method One of the oldest tests Static test that involves pressing a hardened steel ball (10mm) into a test specimen while under a load of 3000 kg load for hard metals, 1500 kg load for intermediate hardness metals 500 kg load for soft materials Various types of Brinell Method of load application:oil pressure, gear-driven screw, or weights with a lever Method of operation: hand or electric power Method of measuring load: piston with weights, bourdon gage, dynamoeter, or weights with a lever Size of machine: stationary (large) or portable (hand-held)

21 Brinell Test Conditions
Brinell Test Method (continued) Method Specimen is placed on the anvil and raised to contact the ball Load is applied by forcing the main piston down and presses the ball into the specimen A Bourbon gage is used to indicate the applied load When the desired load is applied, the balance weight on top of the machine is lifted to prevent an overload on the ball The diameter of the ball indentation is measured with a micrometer microscope, which has a transparent engraved scale in the field of view

26 Rockwell Test Description
Specially designed machine that applies load through a system of weights and levers Indenter can be 1/16 in hardened steel ball, 1/8 in steel ball, or 120° diamond cone with a somewhat rounded point (brale) Hardness number is an arbitrary value that is inversely related to the depth of indentation Scale used is a function of load applied and the indenter Rockwell B- 1/16in ball with a 100 kg load Rockwell C- Brale is used with the 150 kg load Operation Minor load is applied (10 kg) to set the indenter in material Dial is set and the major load applied (60 to 100 kg) Hardness reading is measured Rockwell hardness includes the value and the scale letter

27 Rockwell Values B Scale: Materials of medium hardness (0 to 100HRB) Most Common C Scale: Materials of harder materials (> 100HRB) Most Common Rockwell scales divided into 100 divisions with each division (point of hardness) equal to 0.002mm in indentation. Thus difference between a HRB51 and HRB54 is 3 x mm mm indentation The higher the number the harder the number

28 Rockwell and Brinell Conversion
For a Rockwell C values between -20 and 40, the Brinell hardness is calculated by For HRC values greater than 40, use For HRB values between 35 and 100 use 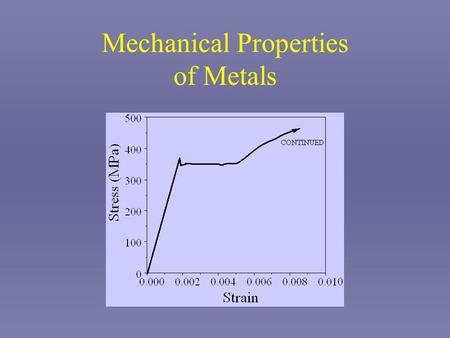 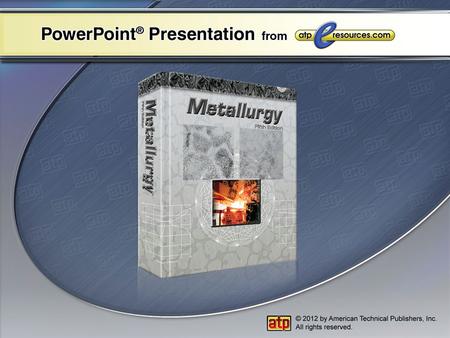 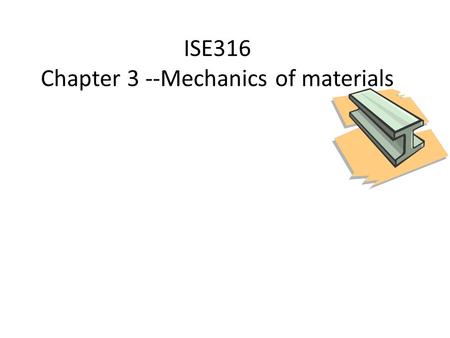 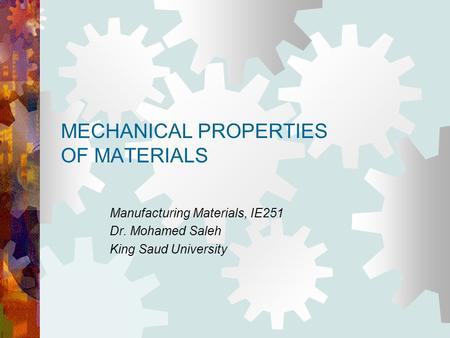 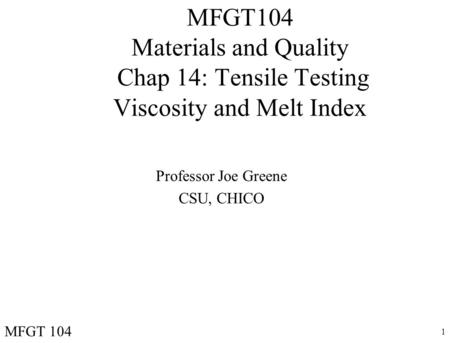 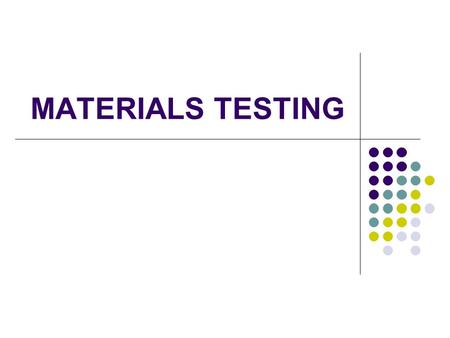 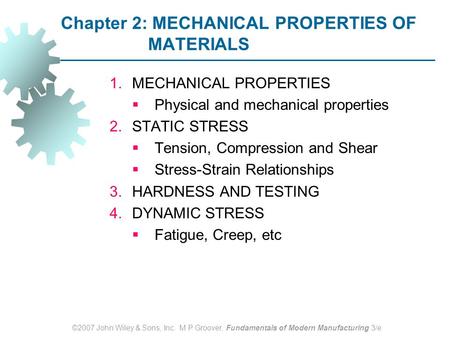 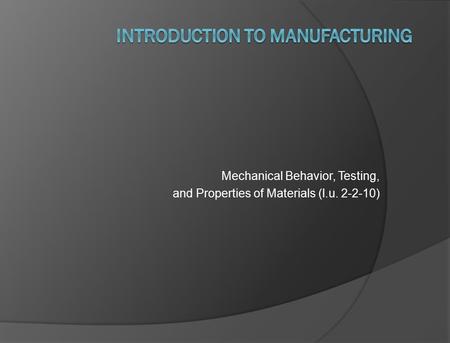 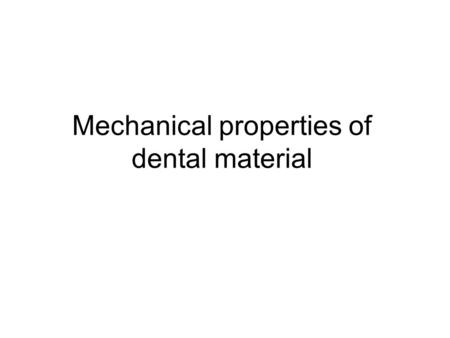 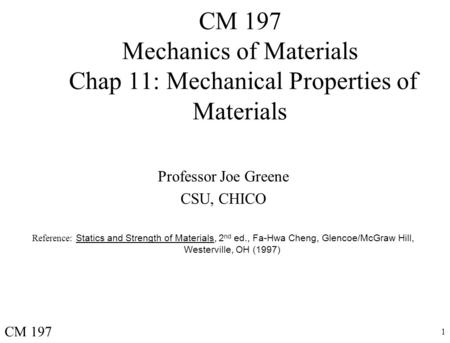 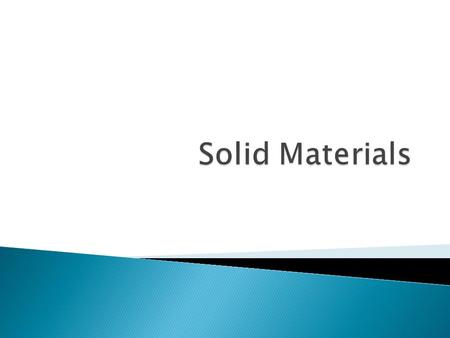 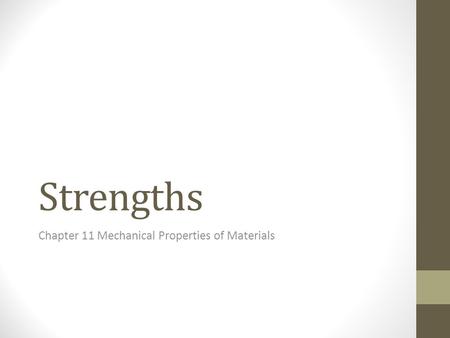 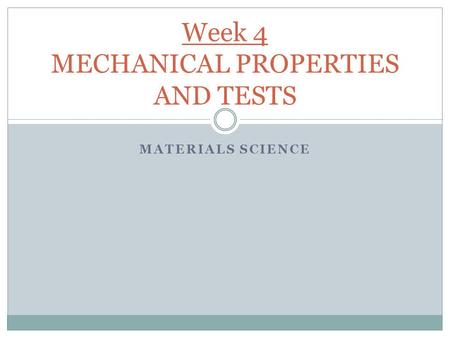 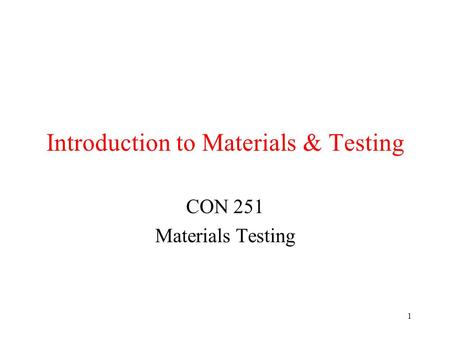 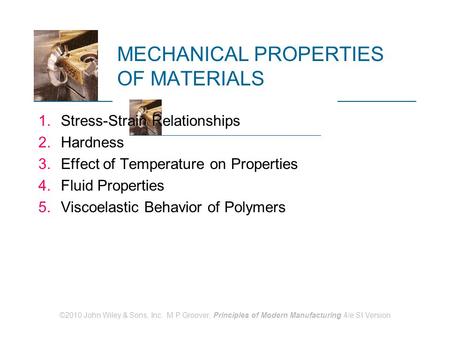 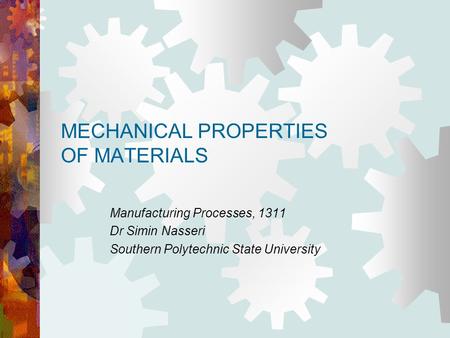 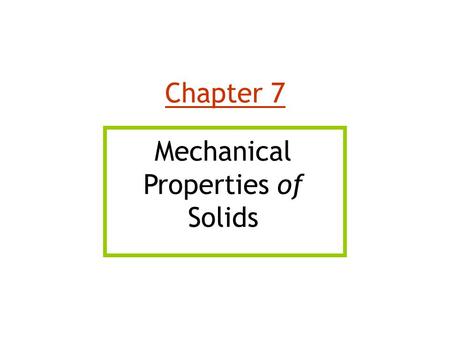 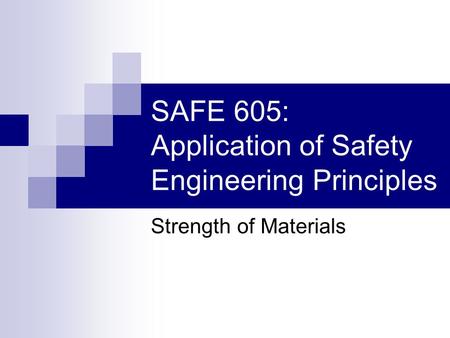 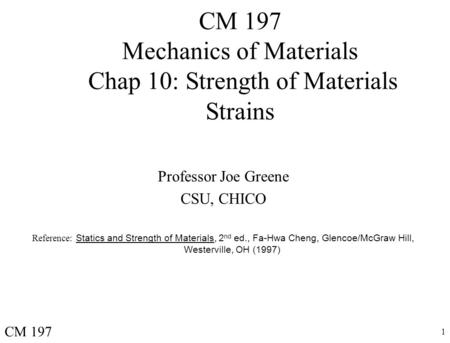