Presentation on theme: "Semester 4 - Chapter 3 – WAN Design Routers within WANs are connection points of a network. Routers determine the most appropriate route or path through."— Presentation transcript:

1 Semester 4 - Chapter 3 – WAN Design Routers within WANs are connection points of a network. Routers determine the most appropriate route or path through the network for the required data streams. Two primary goals drive WAN design and implementation: Application availability – –Networks carry application information between computers. Total cost of ownership – –Information Systems (IS) department budgets often run in the millions of dollars. –As large businesses increasingly rely on electronic data for managing business activities, the associated costs of computing resources will continue to rise. –A well-designed WAN can help to balance these objectives. –When properly implemented, the WAN infrastructure can optimize application availability and allow the cost-effective use of existing network resources.

3 The overall goal of WAN design is to minimize cost based on these elements while delivering service that does not compromise established availability requirements. The first step in the design process is to understand the business requirements. The chief components of application availability are response time, throughput, and access to resources. After gathering data about the corporate structure, you need to determine where information flows in the company understand the performance issues of any existing network. If time permits, analyze the performance of the existing network. Goals

4 Hierarchical models for network design allow you to design networks in layers. Network designs follow one of two general design strategies: mesh or hierarchical. In a mesh structure network topology is flat all routers perform essentially the same functions there is usually no clear definition of where specific functions are performed. Hierarchical Design

5 Benefits to using a hierarchical model include the following: Scalability - Networks that follow the hierarchical model can grow much larger without sacrificing control or manageability because functionality is localized and potential problems can be recognised more easily. Ease of Implementation - A hierarchical design assigns clear functionality to each layer making network implementation easier. Ease of troubleshooting - Because the functions of the individual layers are well defined, the isolation of problems in the network is less complicated. Predictability - The behavior of a network using functional layers is fairly predictable making capacity planning for growth considerably easier Protocol support - The mixing of current and future applications and protocols is much easier on networks that follow the principles of hierarchical design because the underlying infrastructure is already logically organized. Manageability - All the benefits listed here contribute to greater manageability of the network. Benefits of Hierarchical Design

6 A layer is identified as a point in the network where an OSI reference model Layer 3 boundary occurs: The three layers are bound by Layer 3 devices or other devices that separate the network into broadcast domains. The three-layer model consists of Core distribution access Each of these layers has specific functions: Three Layered Approach

10 In a two-layer design, a WAN link is used to interconnect separate sites. Routers have the ability to determine paths from the source host to destination host based on Layer 3 addressing. Data traffic flows up the hierarchy only as far as it needs to find the destination host. This conserves bandwidth on other WAN links. A workgroup server is placed at the access layer of the site where the largest concentration of users is located, and traffic crossing the WAN link to access this server is limited. Two-Layer Hierarchical Design

Download ppt "Semester 4 - Chapter 3 – WAN Design Routers within WANs are connection points of a network. Routers determine the most appropriate route or path through." 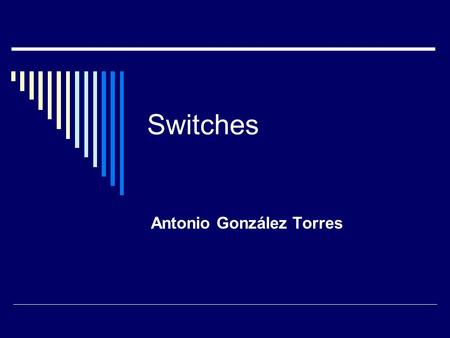 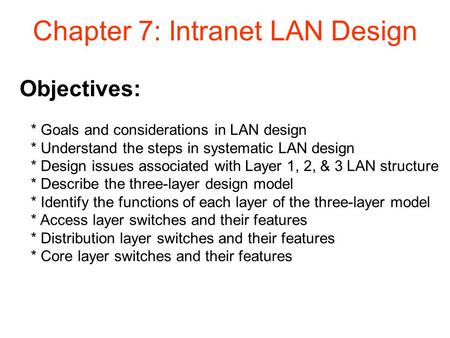 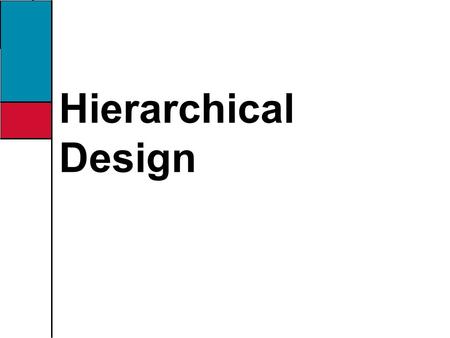 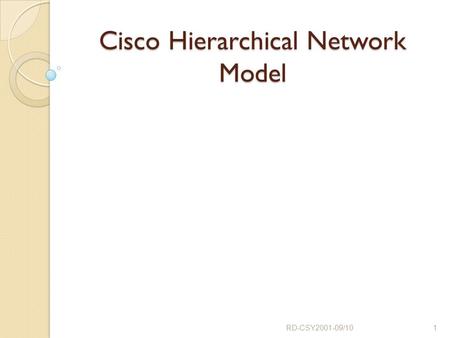 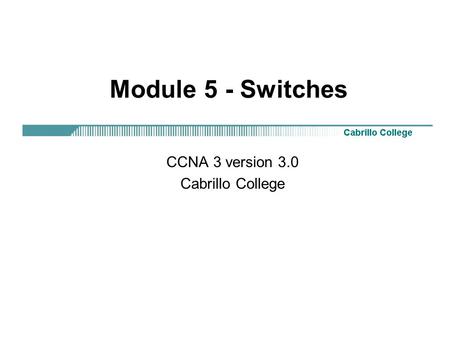 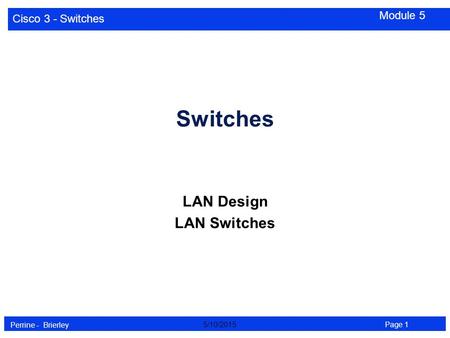 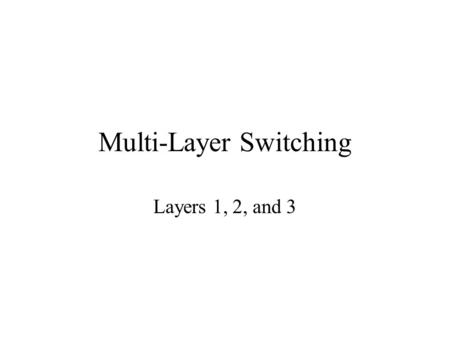 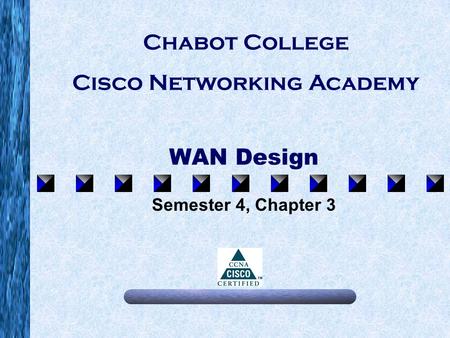 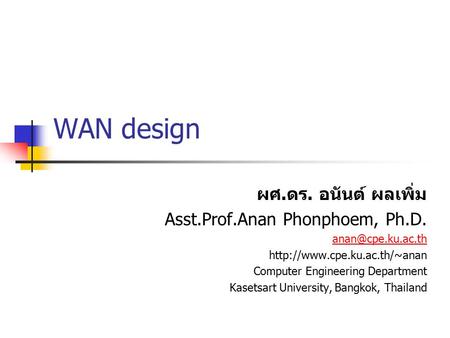 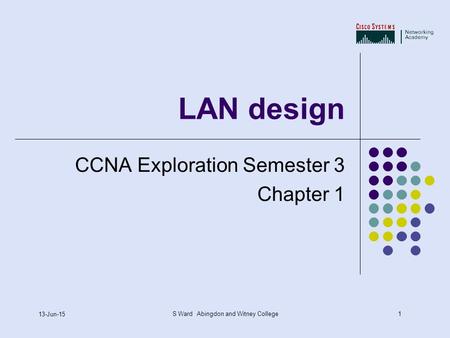 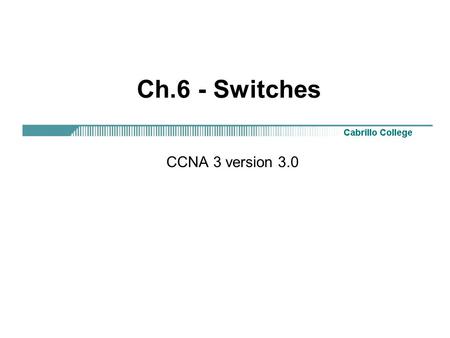 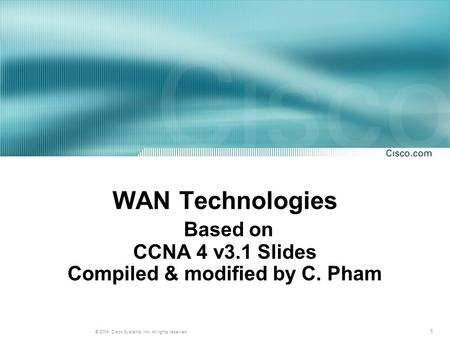 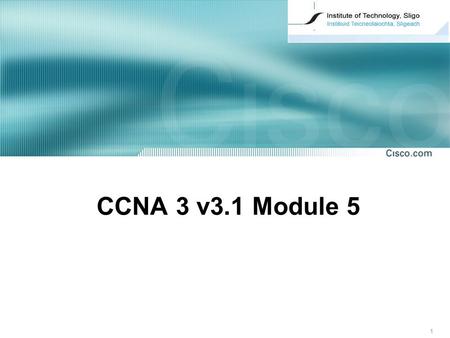 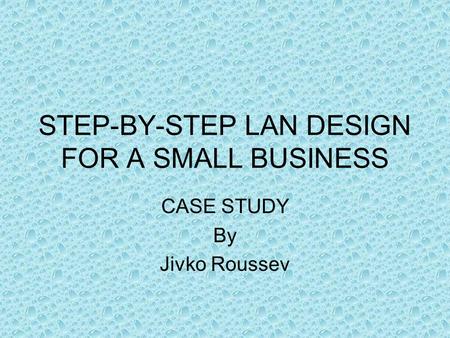 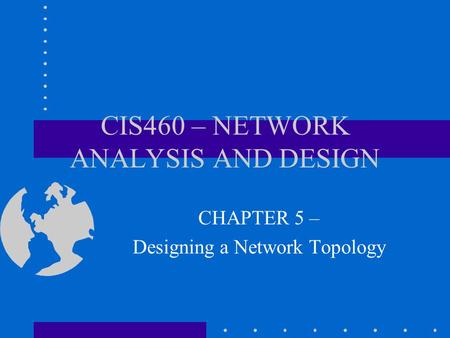 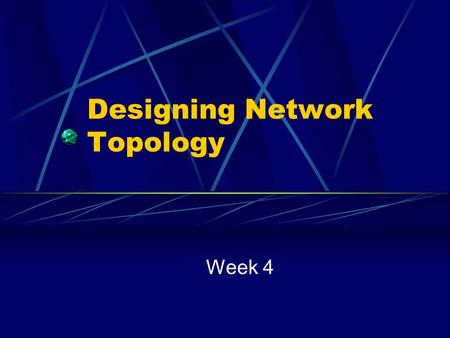 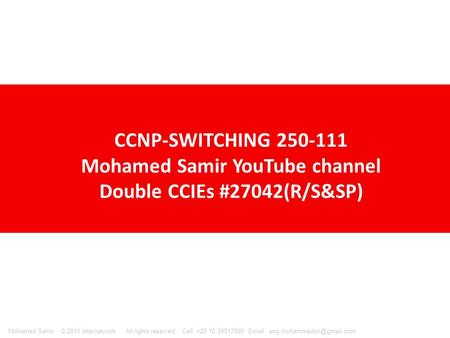 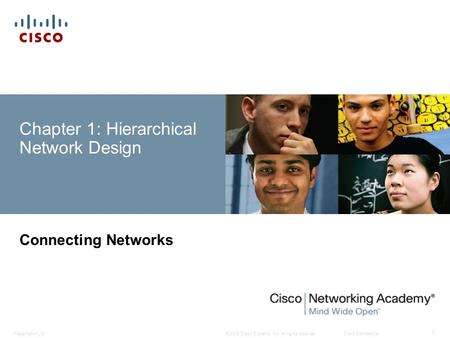