3 Evolution Until Today  First weather satellite lasted 79 days  Now many years  Two distinct types of weather satellites –GOES - Geostationary Operational Environmental Satellites -POES - Polar Operational Environmental Satellites (also referred to as “LEO” – Low Earth Orbit)  They are defined by their orbital characteristics  There are also many other satellites in orbit, some of which are not functioning and those are referred to as “space debris”.

9 POES POES: Polar Operational Environmental Satellites Rotates around the earth from pole to pole Significantly closer to the Earth than geostationary satellites (879 km above the surface) Sees the entire planet twice in a 24 hour period Lower altitude gives it a good spatial resolution: Very high resolution images of the atmosphere and Earth Poor temporal resolution: Over any point on Earth, the satellite only captures two images per day! Best resolution over the poles

16 Visible Pros/Cons  Pros: –Seeing basic cloud patterns and storm systems –Monitoring snow cover – Shows nice shadows of taller clouds (has a 3-D look to it)  Cons: –Only useful during the daylight hours –Difficult to distinguish low clouds from high clouds since all clouds have a similar albedo (reflect a similar amount of light) –Hard to distinguish snow from clouds in winter 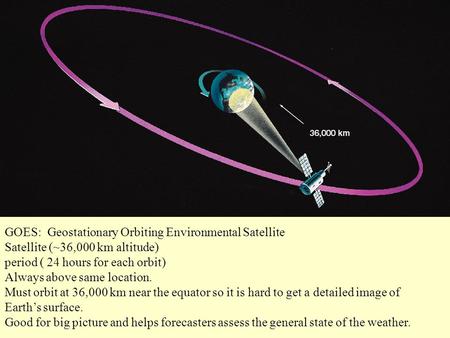 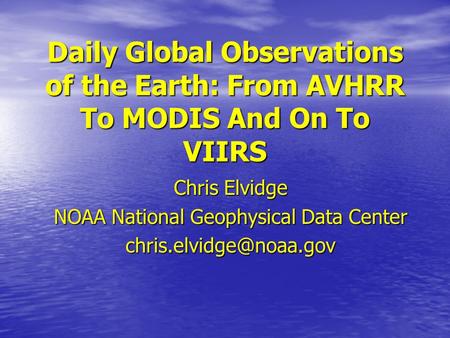 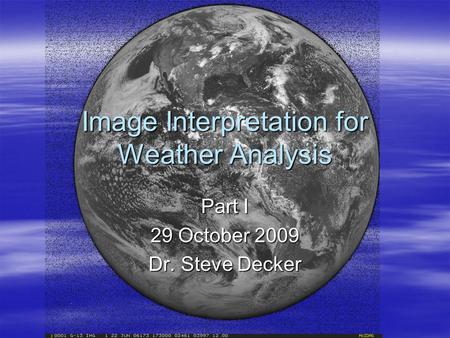 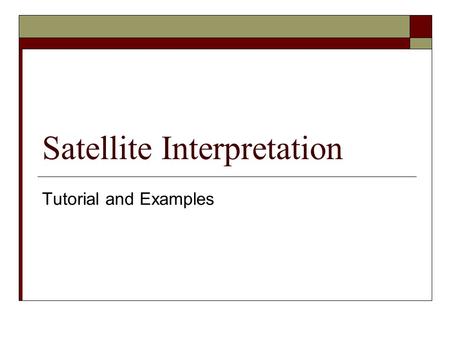 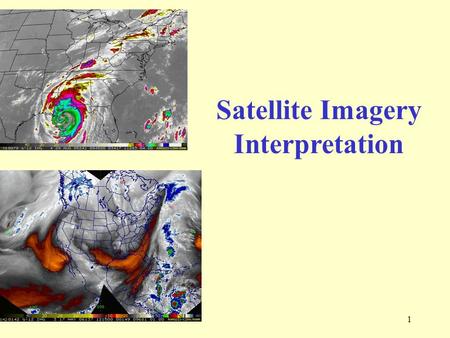 1 Satellite Imagery Interpretation. 2 The SKY Biggest lab in the world. Available to everyone. We view from below. Satellite views from above. 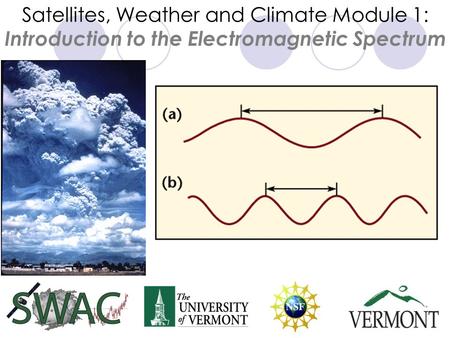 Satellites, Weather and Climate Module 1: Introduction to the Electromagnetic Spectrum. 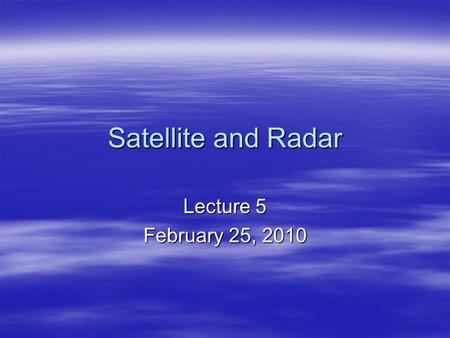 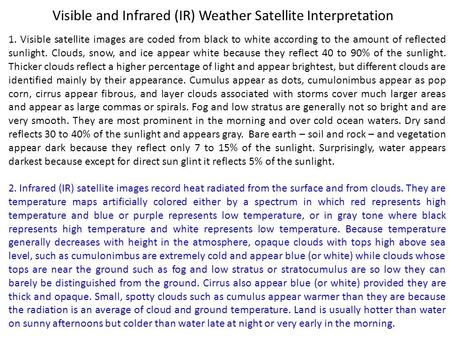 Visible and Infrared (IR) Weather Satellite Interpretation 1. Visible satellite images are coded from black to white according to the amount of reflected. 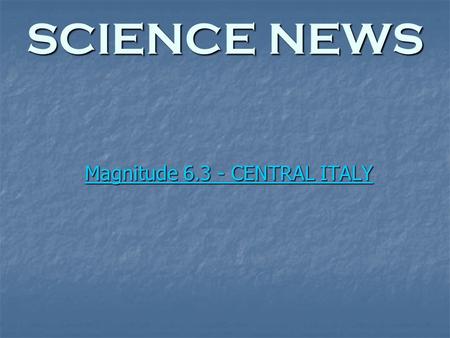 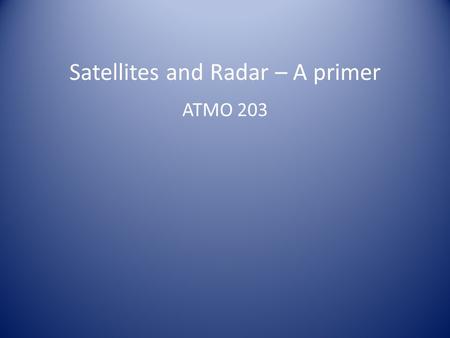 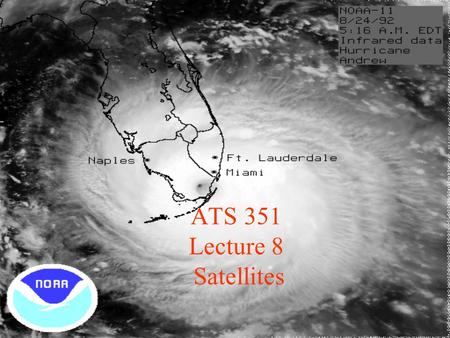 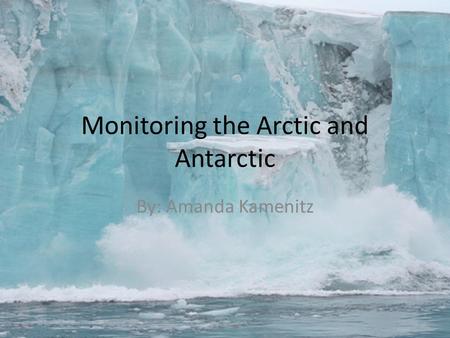 Monitoring the Arctic and Antarctic By: Amanda Kamenitz. 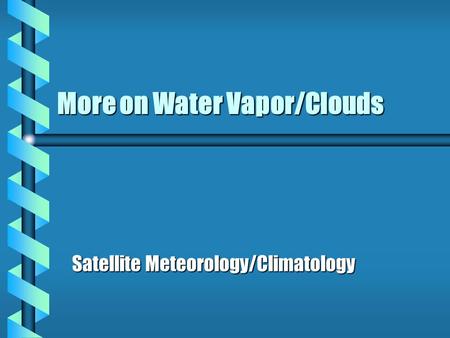 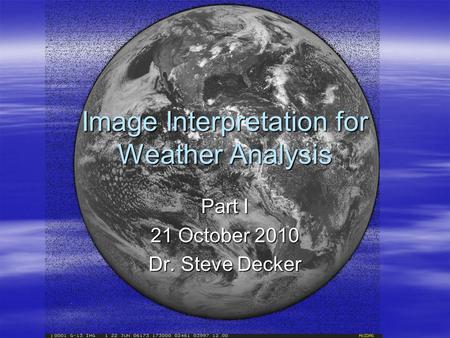 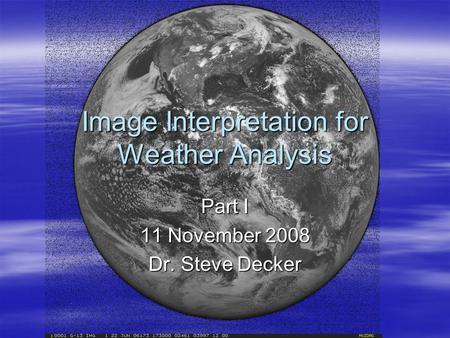 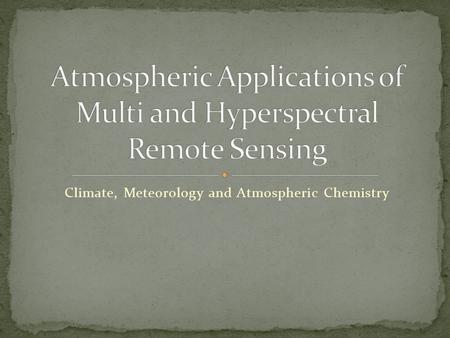 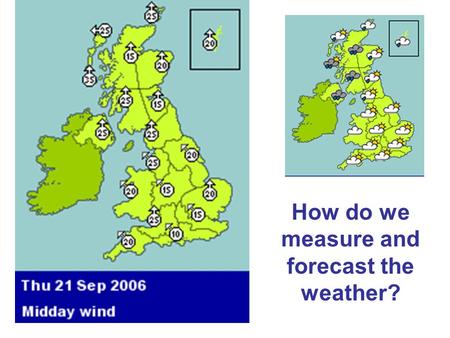 How do we measure and forecast the weather?. Radar images can detect areas of rainfall and how heavy it is. RAINFALL. 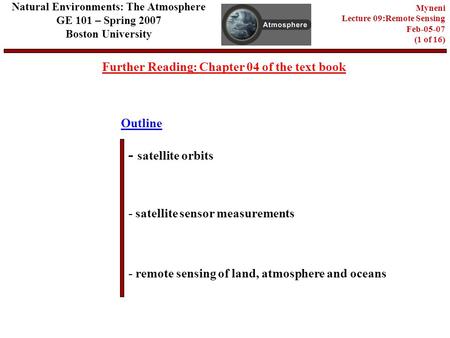 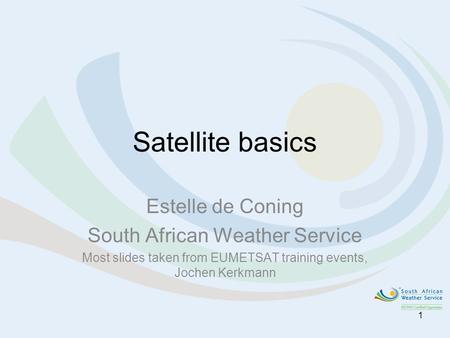