3 BACKGROUND Long-term beta-blocker drug treatment is recommended following acute myocardial infarction (AMI) (Ryan 1999 For many patients, lipid-lowering therapy is also recommended for secondary prevention (Ryan 1999; Qurishi 2001) Disparities in the use of cardiovascular procedures have been observed by gender and race/ethnicity (Ding 2003; Giles 1995; Petersen 1194) Research on disparities in drug use for cardiovascular conditions is more limited

5 METHODS PATIENTS Patients were selected if they were: > 18+ years of age > Hospitalized with AMI (ICD-9-CM 410.XX) between January 1, 1998 and December 31, 2000 and > Eligible for non-capitated medical and pharmacy services for at least 3 months after their hospitalization

7 OUTCOME MEASURES The likelihood of being treated with beta- blockers or statins within 30, 60, and 90 days following a live discharge after AMI

8 DATA ANALYSIS Unadjusted odds ratios for treatment with beta- blockers or statins within 30, 60, and 90 days of the inpatient stay were assessed descriptively by race/ethnicity Adjusted odds ratios for treatment with beta-blockers or statins within 90 days for each race/ethnicity category (versus white recipients) were estimated via logistic regression controlling for patient demographics and comorbidities

9 RESULTS Patient Characteristics We identified 2,069 patients who met the cohort selection criteria, with a mean age of 71 years; 14% were African-American, 23% were Asian, 5% were Hispanic, and 58% were white

13 RESULTS (3) Between 30% and 50% of patients were treated with beta-blockers and fewer (13% to 36%) with statins, depending on race/ethnicity and the number of days post hospitalization For both therapies, African American and Hispanic patients had lower treatment rates relative to Asians and whites

21 SUMMARY In this Medicaid population, a relatively low proportion of patients were dispensed beta- blockers or statins following an AMI hospitalization African-Americans and to a lesser extent, Hispanics were the least likely to receive treatment 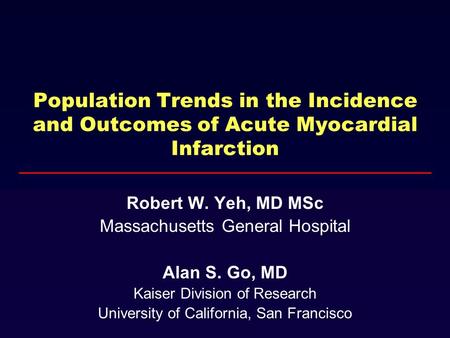 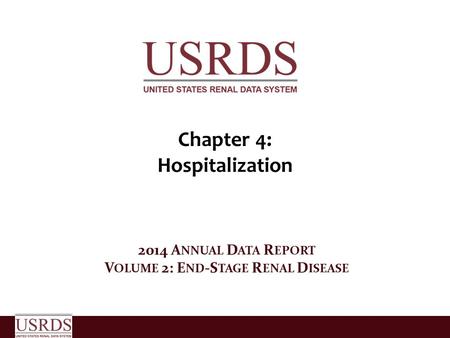 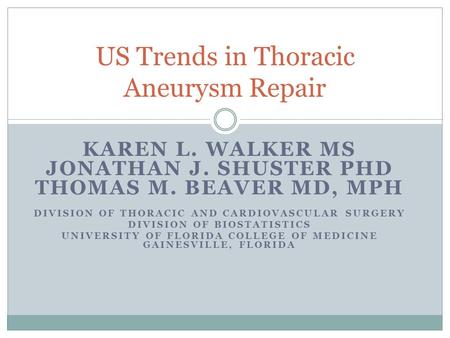 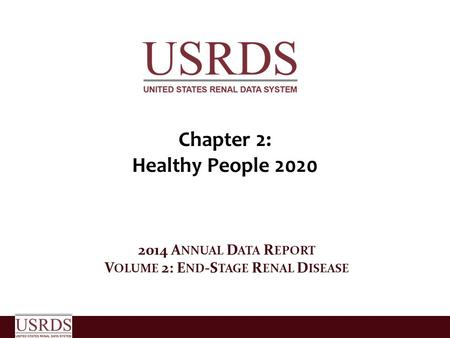 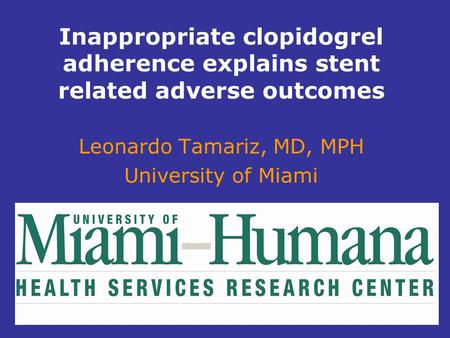 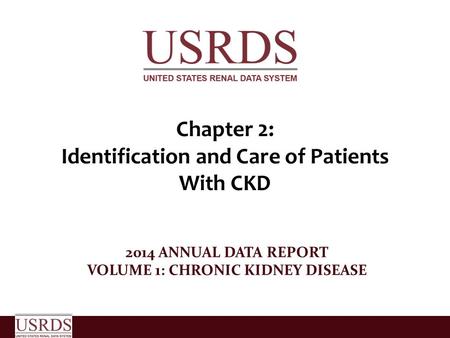 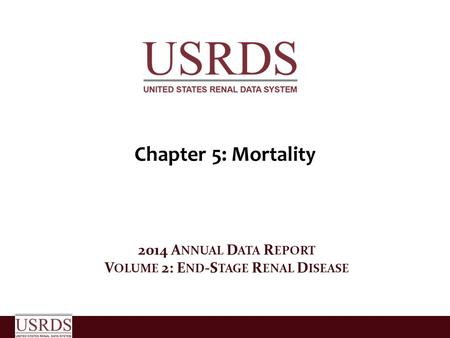 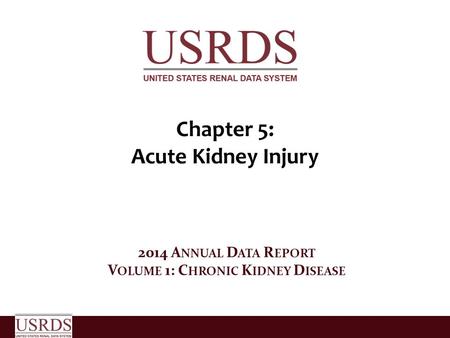 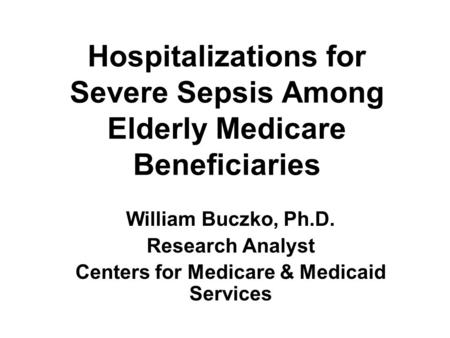 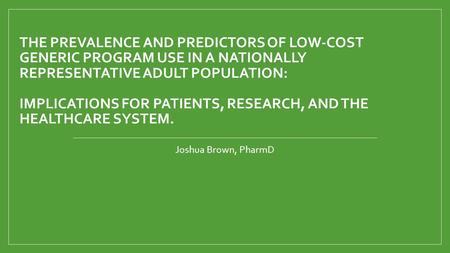 THE PREVALENCE AND PREDICTORS OF LOW-COST GENERIC PROGRAM USE IN A NATIONALLY REPRESENTATIVE ADULT POPULATION: IMPLICATIONS FOR PATIENTS, RESEARCH, AND. 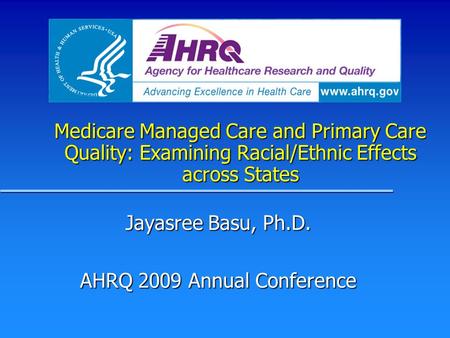 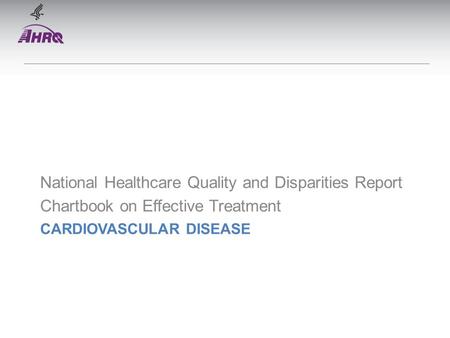 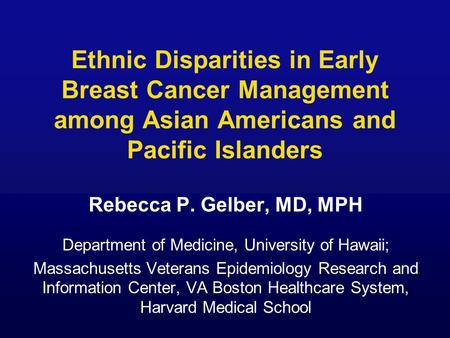 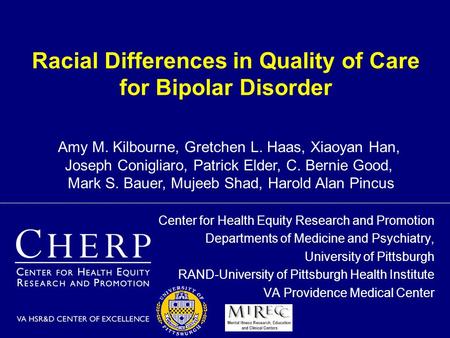 Racial Differences in Quality of Care for Bipolar Disorder Center for Health Equity Research and Promotion Departments of Medicine and Psychiatry, University. 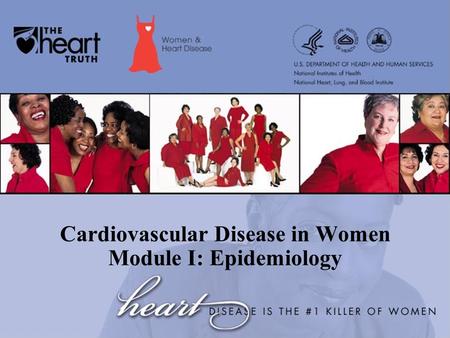 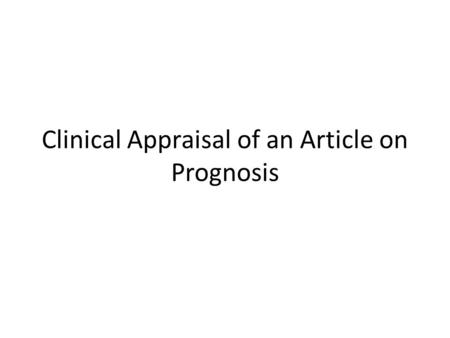 Clinical Appraisal of an Article on Prognosis. The Clinical Question What is the risk of mortality among patients with hyperuricemia who received allupurinol? 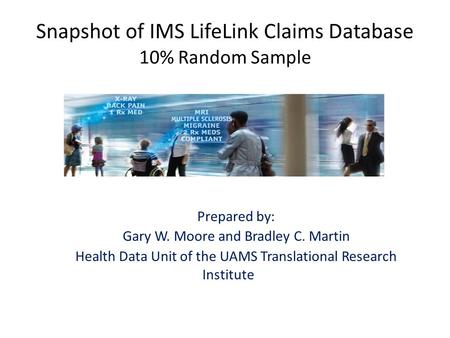 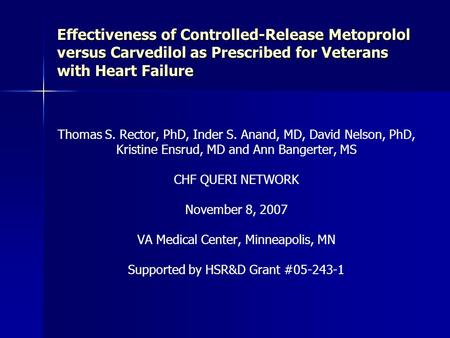 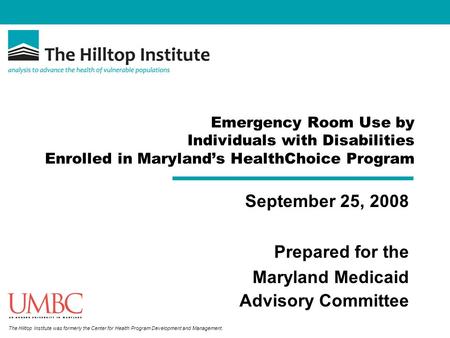 The Hilltop Institute was formerly the Center for Health Program Development and Management. Emergency Room Use by Individuals with Disabilities Enrolled. 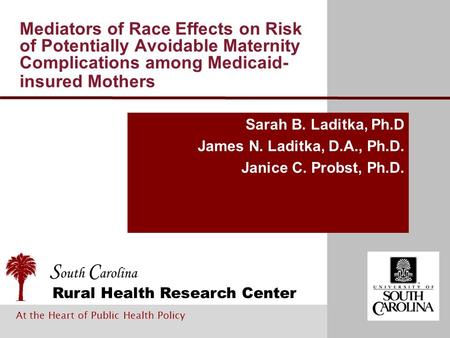