3 Verbals are “part verb” As “part-verb” structures, they retain all of the verb qualities – They may be modified by adverbs – They may take subjects, objects and complements – They may be negated – They may have tenses and/or voices 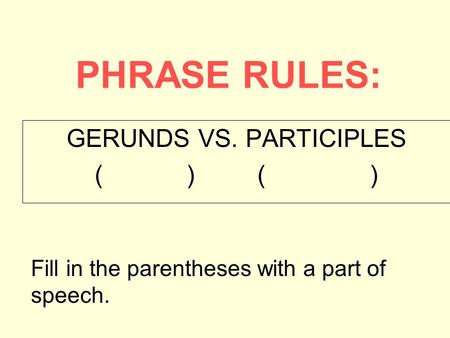