1. 2 3 Nanotechnology is receiving a lot of attention of late across the globe. The term nano originates etymologically from the Greek, and it means.

Presentation on theme: "1. 2 3 Nanotechnology is receiving a lot of attention of late across the globe. The term nano originates etymologically from the Greek, and it means."— Presentation transcript:

3 3 Nanotechnology is receiving a lot of attention of late across the globe. The term nano originates etymologically from the Greek, and it means “ dwarf. ” The term indicates physical dimensions that are in the range of one- billionth of a meter. This scale is called colloquially nanometer scale, or also nanoscale. One nanometer is approximately the length of two hydrogen atoms. Nanotechnology relates to the design, creation, and utilization of materials whose constituent structures exist at the nanoscale; these constituent structures can, by convention, be up to 100 nm in size. Nanotechnology is a growing field that explores electrical, optical, and magnetic activity as well as structural behavior at the molecular and submolecular level.

6 6 The term nanotechnology was introduced by Nori Taniguchi in 1974 at the Tokyo International Conference on Production Engineering. He used the word to describe ultrafine machining: the processing of a material to nanoscale precision. This work was focused on studying the mechanisms of machining hard and brittle materials such as quartz crystals, silicon, and alumina ceramics by ultrasonic machining.

7 7 Nanotechnology allows the design of new materials with desirable properties. They could be biological - as a targeted cure for a specific cancer; or mechanical - to provide great strength; or electronic, - to make much more powerful computers, or environmental – to save energy in lighting, or to increase the effectiveness of catalysts

21 21 Smallest object ever created by humans was sculpted by two laser beams focused across resin. The resin solidified only where the lasers crossed. Created by a team of researchers at Osaka University in Japan, the bull measures 10 microns from horns to tail, and seven microns across (1 micron = 1000 nm).

28 28 Environmental Studies Studying how nano-structured membranes could screen pesticides and harmful bacteria from water supplies. Other scientists are developing low- cost, nano-scale iron hydroxide granules to remove arsenic from drinking water. Still others have suggested that nano- sized sensors could help detect pollutants or monitor and correct changes in the ozone layer.

32 32 The Vision In the next 50 years, machines will get increasingly smaller--so small that thousands of these tiny machines would fit into the period at the end of this sentence.

Download ppt "1. 2 3 Nanotechnology is receiving a lot of attention of late across the globe. The term nano originates etymologically from the Greek, and it means." 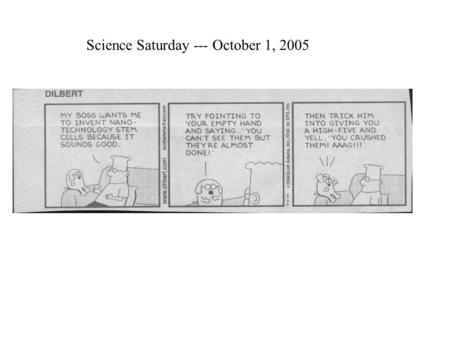 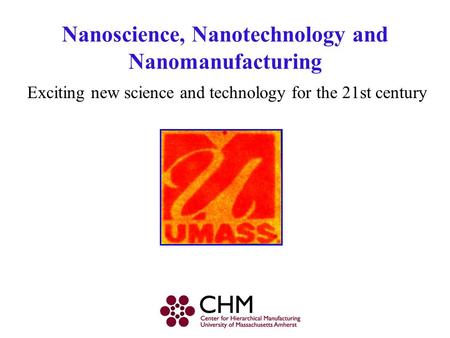 Nanoscience, Nanotechnology and Nanomanufacturing Exciting new science and technology for the 21st century. 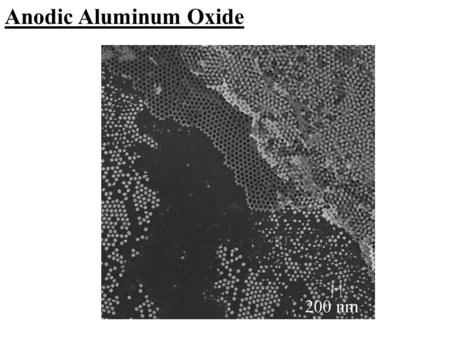 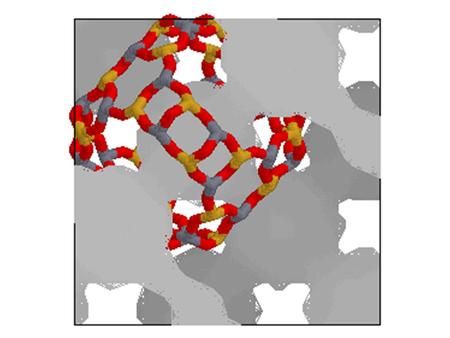 Nature provides us of many examples of self- assembled materials, from soft and flexible cell- membranes to hard sea shells. Such materials. 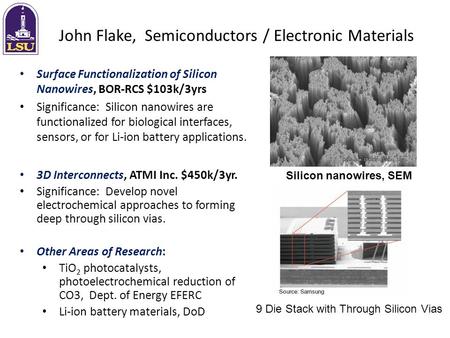 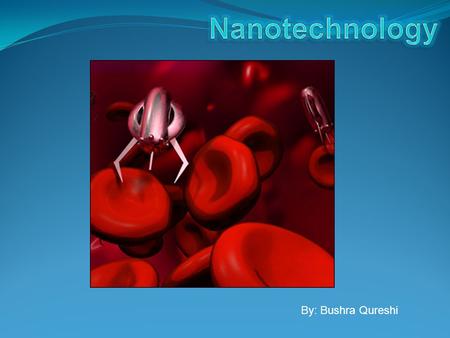 By: Bushra Qureshi. Nanotechnology is the engineering of functional systems at the molecular scale which are smaller than 100 nanometers. It is the construction. 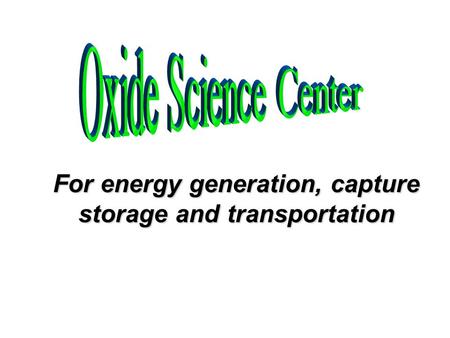 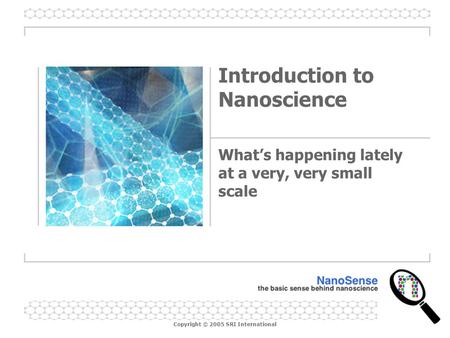 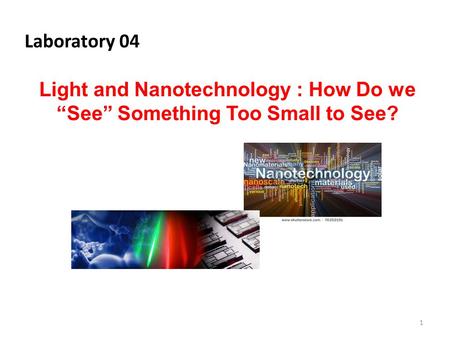 Light and Nanotechnology : How Do we “See” Something Too Small to See? 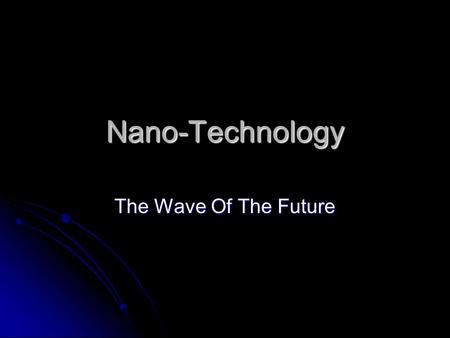 Nano-Technology The Wave Of The Future. The Beginning In a talk given in 1959, Richard Feynman was the first scientist to suggest that devices and materials. 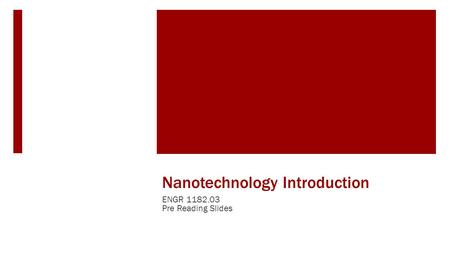 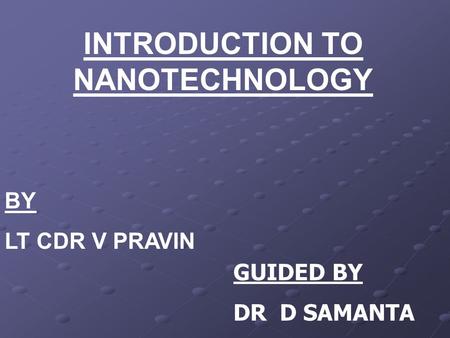 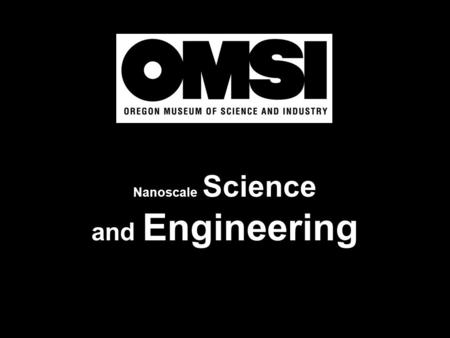 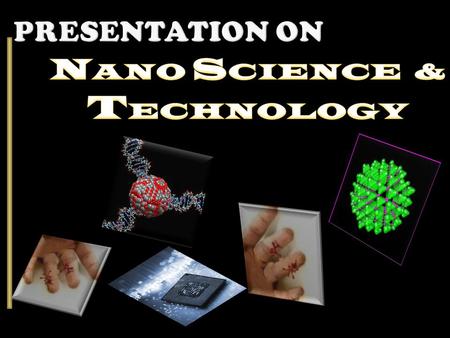 Nano means the things which are in extremely small measure. The size of the particles which are lesser than 100 nanometers are rightly called as Nanoparticles. 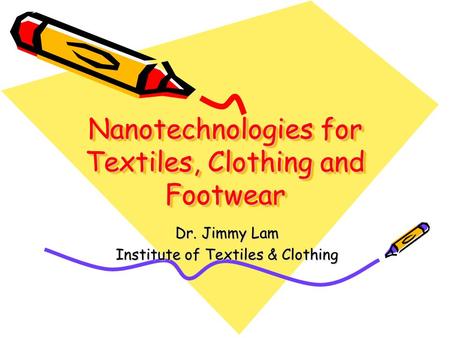 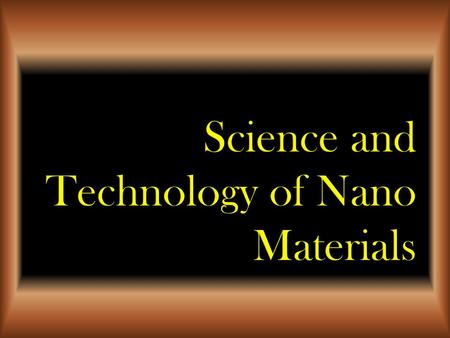 Science and Technology of Nano Materials 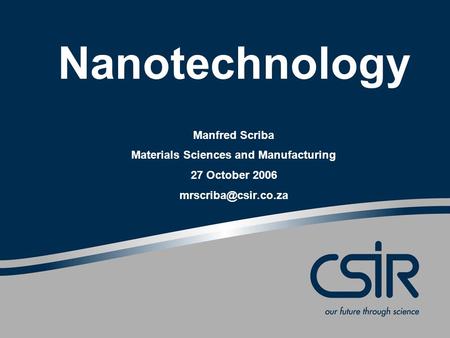 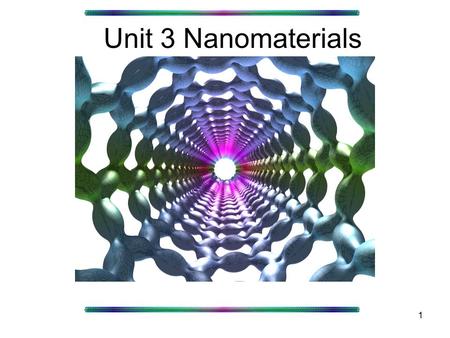 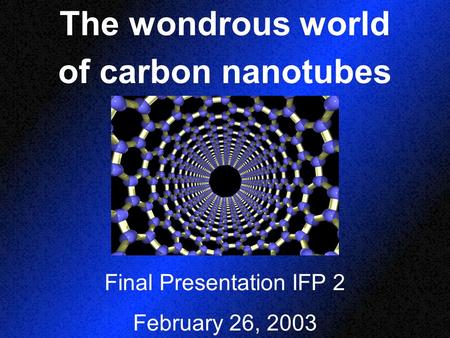 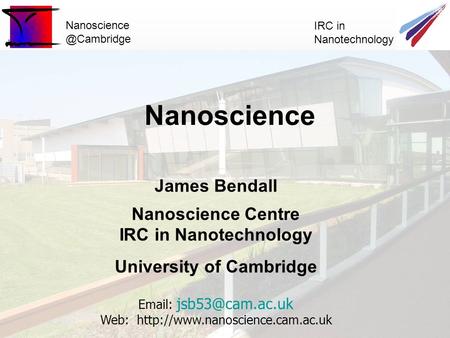