7 Newton’s Law “Every particle in the universe attracts every other particle with a force that is proportional to the product of their masses and inversely proportional to the square of the distance between them. This force acts along the line joining the particles” Gravity has a magnitude and direction  Gravity is a force Physics 218, Lecture XXI

9 The motion of the moon and the planets
One of the great achievements of physics is that it explains the motion of planets It took awhile, but they eventually figured out that the motion of the planets made much more sense if one assumed that the Sun was the center of motion rather than the Earth Newton was able to use his gravitational law and Uniform Circular Motion to “Predict” these observations Physics 218, Lecture XXI

10 Gravity and Circular Motion
Use the force of gravity along with other forces in force diagrams Circular motion is motion with the acceleration pointed towards the center of the circle The Earth is a good “center” acceleration for Satellites and Moons Physics 218, Lecture XXI

11 Binary System Two equal mass stars maintain a constant distance RS apart and rotate about a point, midway between them, at a revolution rate of once per time T What must be the mass of each star? RS Physics 218, Lecture XXI

12 Gravitational Potential Energy
How much potential energy does a ball of mass m have in outer space? Assuming you know ME and G, calculate how much work you would have to do move a ball from the surface of the earth to some distance R R Physics 218, Lecture XXI

14 Example: Geosynchronous Satellite
A satellite is in orbit around the Earth and its speed is such that it always stays above the same point on the earth throughout the day. Assuming a spherical Earth with mass ME, determine the height of the satellite (from the center of the Earth) in terms of the period, ME and G Physics 218, Lecture XXI

15 Next Week Monday: Chapter 11 HW due Tuesday: Exam 3
Covers Chapter 8 through 11 Only sections listed on the syllabus Mini-practice exam is open and available for people who are caught up. Usual 5 points Thursday: Thanksgiving, no class Following Tuesday: Lecture on Chapter 13 Periodic Motion Physics 218, Lecture XXI

18 Three Bodies Three bodies of identical and known mass M form the vertices of an equilateral triangle of side L. They rotate in circular orbits around the center of the triangle and are held in place by their mutual gravitation. What is the speed of each? L Physics 218, Lecture XXI

19 Density of a Planet A satellite orbits very near a planet’s surface (I.e., R=RPlanet, but we don’t know R) with period T. What is the density of the planet in terms of the measured period T? Physics 218, Lecture XXI

20 Kepler’s 1st Law Kepler: The path of each planet about the Sun is an ellipse with the Sun at one focus. Newton: Gravity gives a center seeking force! Centripetal forces can lead to both elliptical motion or circular motion (circular motion is just a special case which we happen to have studied already!) Physics 218, Lecture XXI

21 Kepler’s 2nd Law Kepler: Each planet moves so that an imaginary line drawn from the Sun to the planet sweeps out area in equal periods of time Newton: Can show this, but it’ll be easier when we get to angular momentum. We’ll come back to this later Physics 218, Lecture XXI

23 Derivation of 3rd Law for a Circle
Let’s say there are two small planets revolving around the sun in circular motion with periods T1 and T2 and radii R1 and R2 respectively. Use Newton’s laws to show the following: Assume the masses of the planets are so small or that they are so far apart that we may neglect the gravitational attraction between the two. Physics 218, Lecture XXI

24 Understanding the motion of planets
One of the great achievements of physics is that it explains the motion of planets It took awhile, but they eventually figured out that the motion of the planets made much more sense if one assumed that the Sun was the center of motion rather than the Earth Then Kepler made some important observations WAY before Newton Newton was able to “Predict” these observations (and now so are we…) Physics 218, Lecture XXI

25 A way simplify problems
It takes some fancy integration, but one can show that we can “model” the Earth as if all the mass were concentrated at its center One can model any sphere as a point This is why we like to model things as spheres in the first place. Physics 218, Lecture XXI

27 Ok… So what? A single formula can show that:
the acceleration of an apple towards the Earth has magnitude g and is pointing down as you may have noticed, Bevo and Reveille aren’t attracted to each other very much Physics 218, Lecture XXI

28 Bevo and Reveille Bevo and Reveille have masses mB and mR and are standing D meters apart. Despite what you might like to believe, what is the attraction between them? More specifically, find Reveille’s acceleration. Hint: Assume a spherical cow Perhaps this explains why we’ve never observed any attraction… Physics 218, Lecture XXI

29 How to solve these types of problems
Some thoughts What keeps a satellite up? Its speed |Accel| = v2/r |Force| = ma = mv2/r The trick is going to be to ask the question What are the forces? Is it in uniform circular motion? If so, we can use Newton’s law: FGravity = FUniform Circular Motion Physics 218, Lecture XXI

31 Satellites/Orbiting Problems
A satellite problem is a good example of the substantive problems we need to be able to solve. Predict the outcome of the experiment Physics 218, Lecture XXI

32 Weightlessness What is the weight of the person in the figure?
What is the difference between being in “free fall” and being “out of the reach of large gravitational forces?” Physics 218, Lecture XXI

33 Throwing a Baseball A person throws a baseball at 100 km/hr, but it is attracted back towards him because of gravity. Estimate the force 1 Meter away? Assuming constant acceleration (Bad assumption), how long does it take to turn around? Physics 218, Lecture XXI 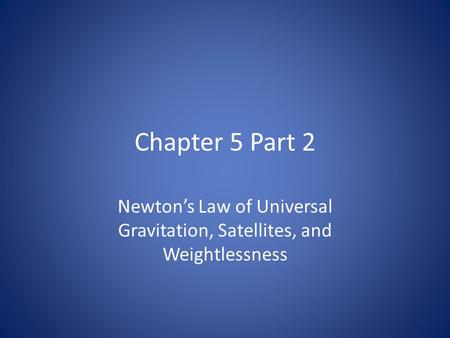 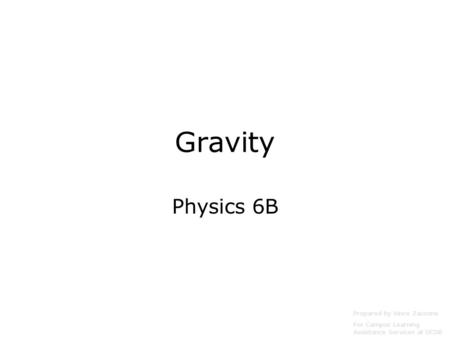 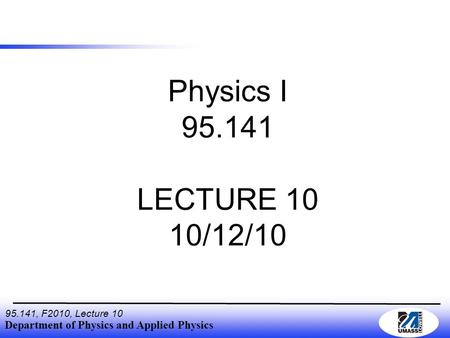 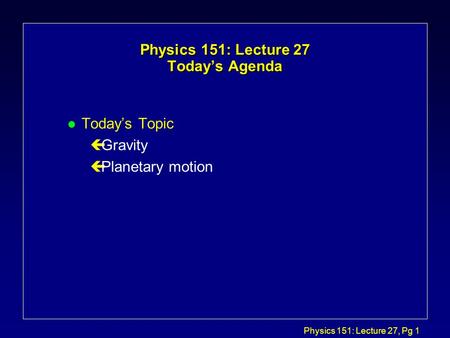 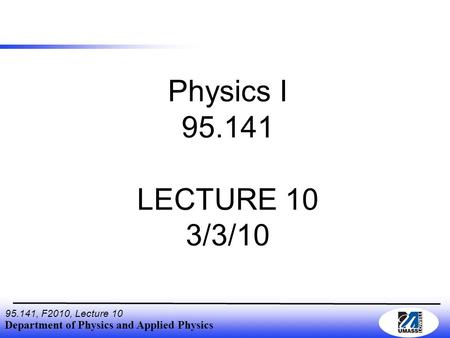 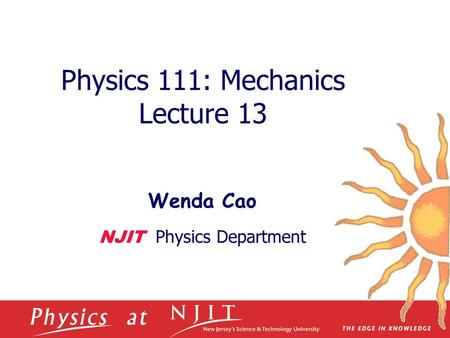 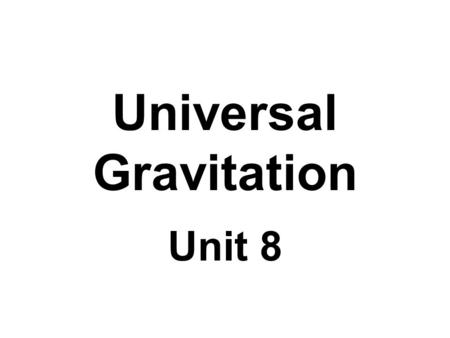