7 Sahara Retreat, January 2004 Statistical Sampling A simple approach: sampling on the agg. tree  Every child node report the aggregation result of its subtree to its parent with certain probability, which is the design parameter of the algorithm  Low overhead of in control traffic and easy for implementation.  Might result in high data loss close to the root Distribution of sampling rate on the tree  Uniform distribution on each level  Linear distribution on each level  Proportional to the number of nodes on its subtree  Value-based sampling

9 Sahara Retreat, January 2004 The Protocol Tree construction and query propagation start from root of the query Aggregates are computed in each epoch from bottom up When a node receives data from a child, it updates the distribution statistics based on the distribution estimator. If a node receives data from all its children in the epoch, it does a normal data aggregation. If a node doesn't receive data from a child at the end of epoch, it does a data prediction to estimate a value, and then performs the aggregation. Aggregates are report from children to parents with certain probability. If necessary, a node might performance outlier detection on the data from a child. However  It is very danger to discard a data  Assume neighbor nodes has physical locality, a parent can use both temporal and spatial statistics to do the outlier detection. 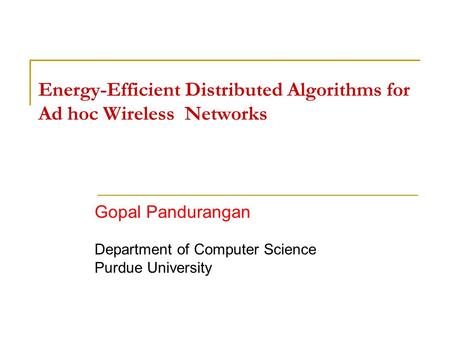 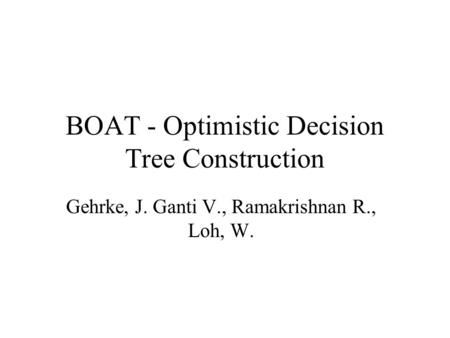 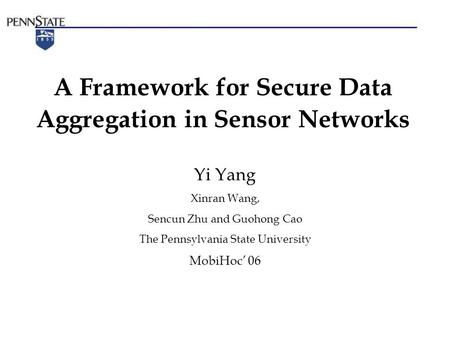 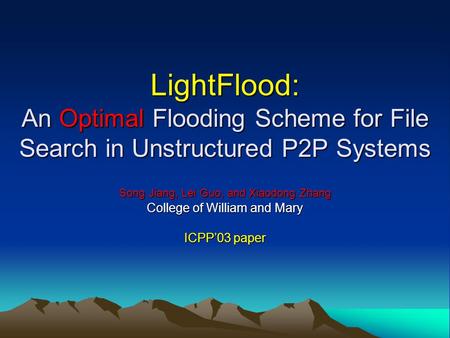 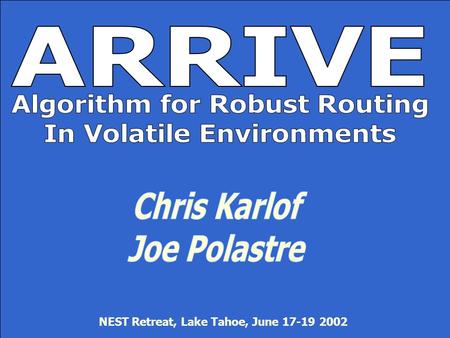 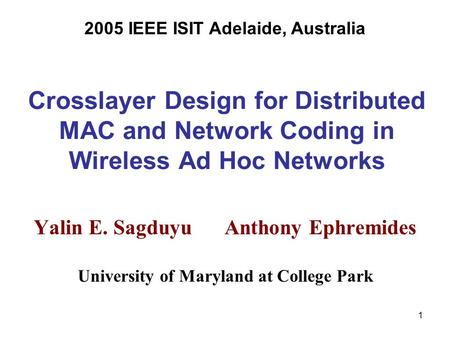 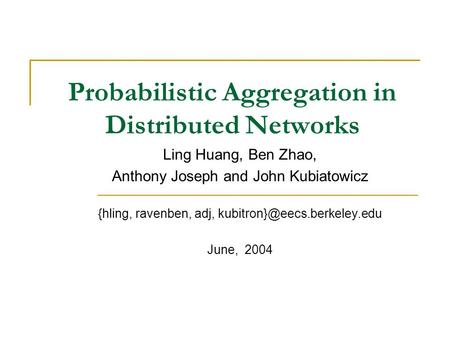 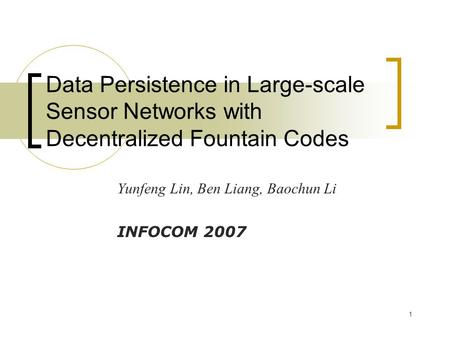 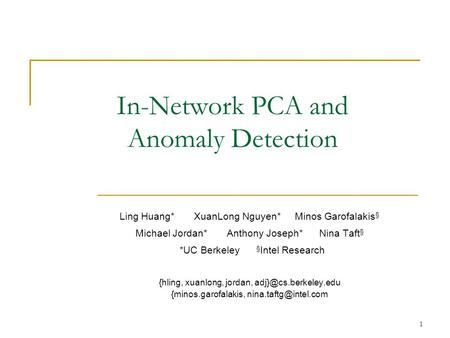 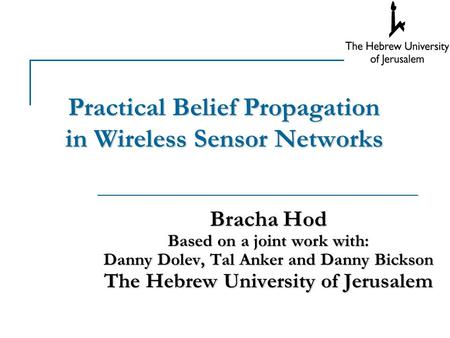 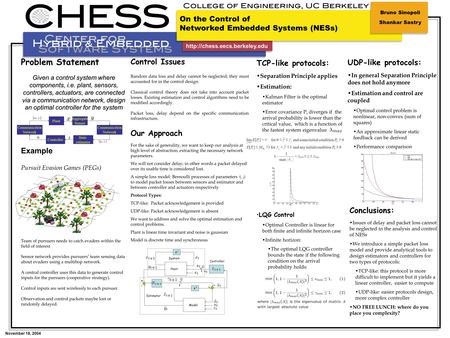 Problem Statement Given a control system where components, i.e. plant, sensors, controllers, actuators, are connected via a communication network, design. 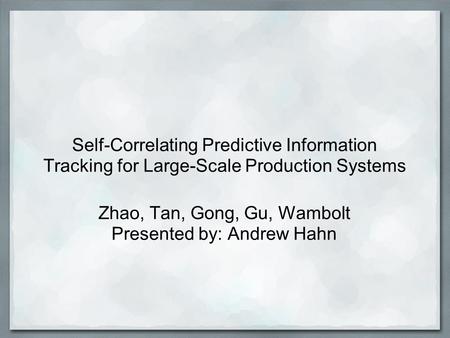 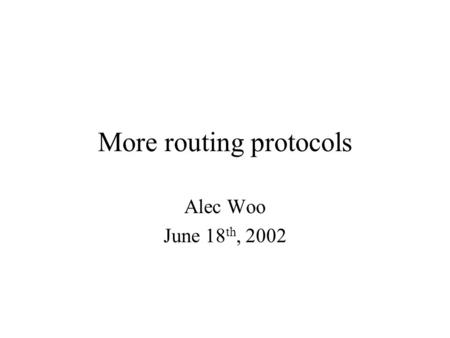 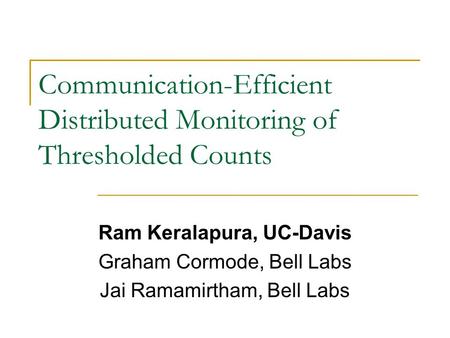 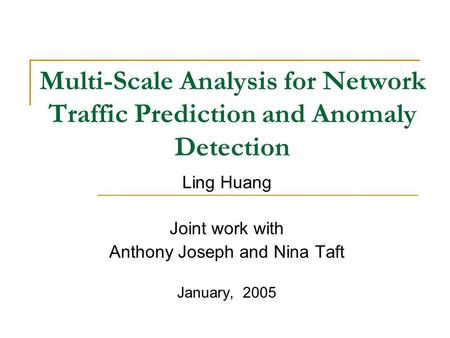 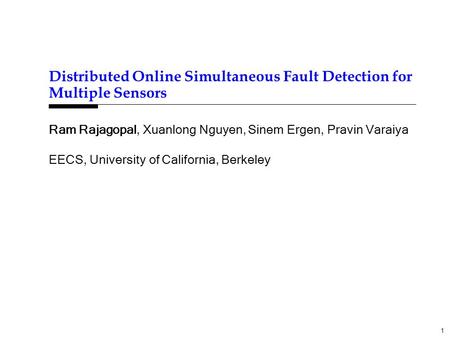 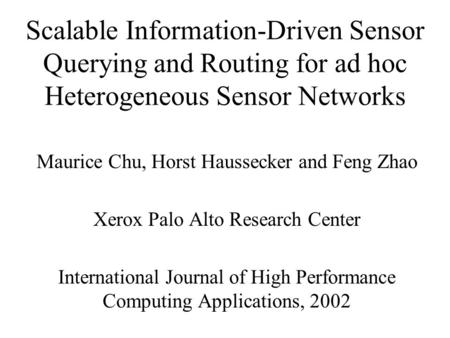 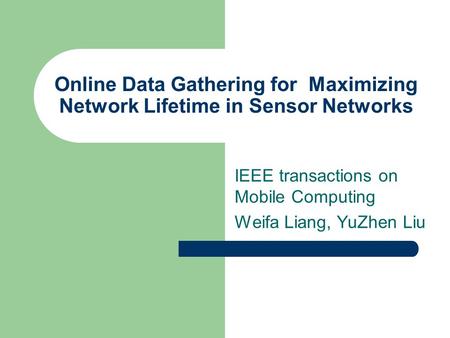 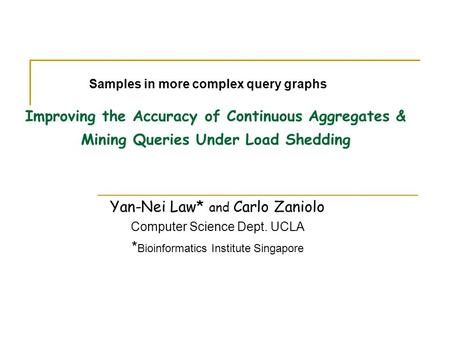