5 Perceptron Training How can we train a perceptron for a classification task? We try to find suitable values for the weights in such a way that the training examples are correctly classified. Geometrically, we try to find a hyper-plane that separates the examples of the two classes.

10 XOR problem A typical example of non-linealy separable function is
the XOR. This function takes two input arguments with values in {-1,1} and returns one output in {-1,1}, as specified in the following table: If we think at -1 and 1 as encoding of the truth values false and true, respectively, then XOR computes the logical exclusive or, which yields true if and only if the two inputs have different truth values.

11 XOR problem In this graph of the XOR, input pairs giving output equal to 1 and -1 are depicted with green and red circles, respectively. These two classes (green and red) cannot be separated using a line. We have to use two lines, like those depicted in blue. The following NN with two hidden nodes realizes this non-linear separation, where each hidden node describes one of the two blue lines. 1 -1 x2 x1

24 Early Learning Rules These learning rules are designed for single layer neural networks They are generally more limited in their applicability. Some of the early algorithms are: Perceptron learning LMS learning Grossberg learning

41 Perceptron Rule Capability
The perceptron rule will always converge to weights which accomplish the desired classification, assuming that such weights exist.

42 Rosenblatt’s single layer perceptron is trained as follow:
Randomly initialize all the networks weights. Apply inputs and find outputs ( feedforward). compute the errors. Update each weight as Repeat steps 2 to 4 until the errors reach the satisfictory level.

43 What is this: Name : Learning rate.
Where is living: usually between 0 and 1. It can change it’s value during learning. Can define separately for each parameters.

45 You Can Find Your First Homework here
NEXT WEEK 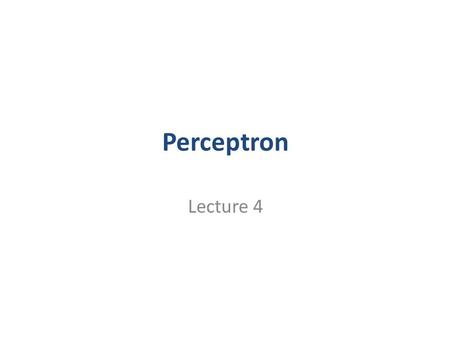 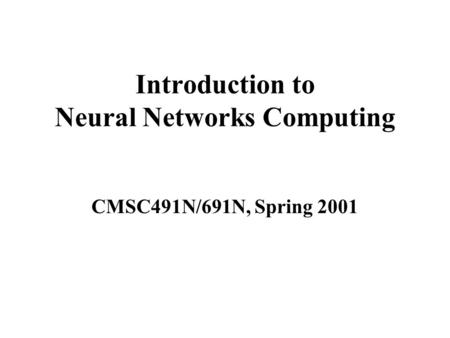 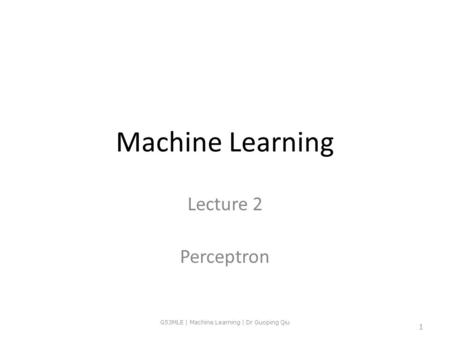 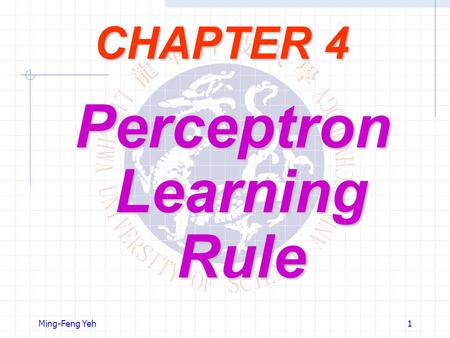 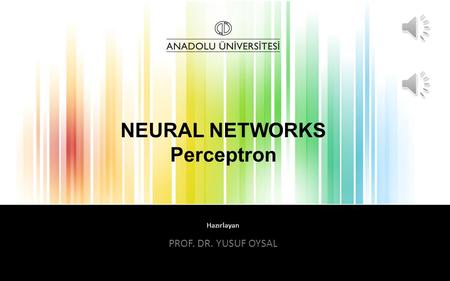 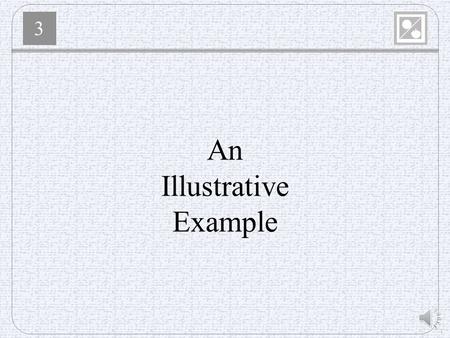 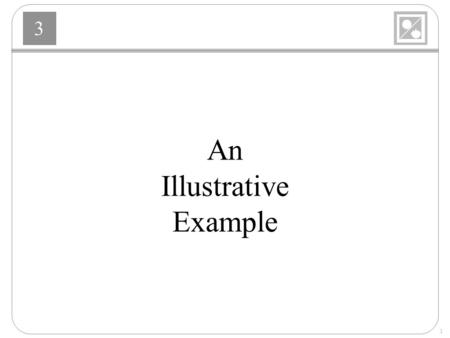 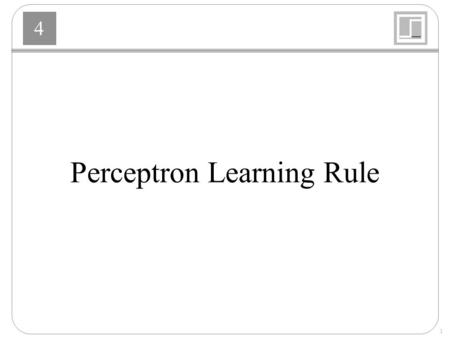 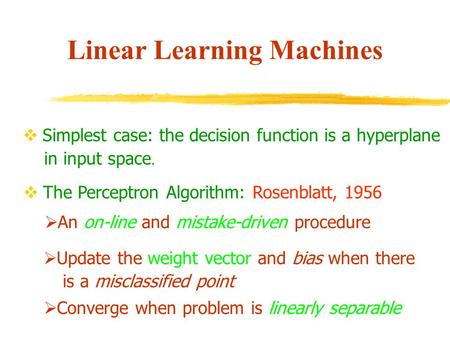 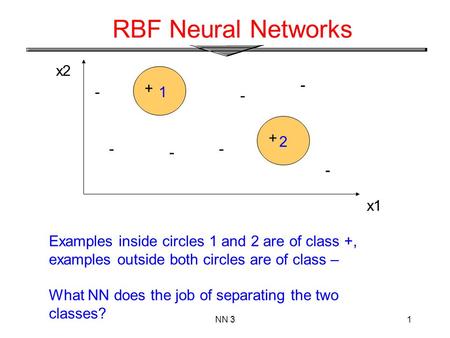 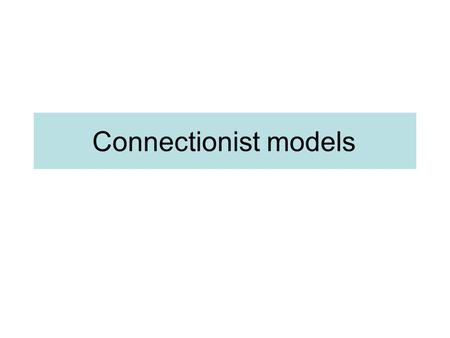 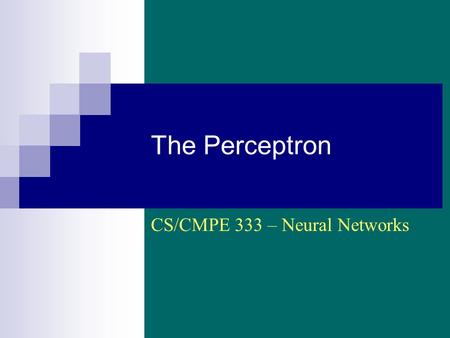 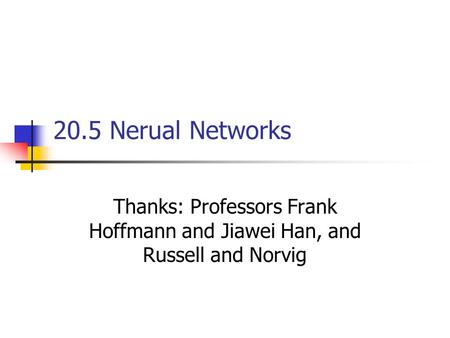