3 The Formation of Primary Germ Layers

8 Gastrulation in Sea Urchin Embryo
Sea urchin gastrulation. DEUTEROSTOME Begins at the vegetal pole where individual cells enter the blastocoel as mesenchyme cells. The remaining cells flatten and buckle inwards: invagination. the blastopore will become the anus. the other end of the archenteron will form the mouth of the digestive tube.

10 Early organogenesis in a frog embryo

12 The four extraembryonic membranes are the yolk sac, amnion, chorion, and allantois.
Cells of the yolk sac digest yolk providing nutrients to the embryo. The amnion encloses the embryo in a fluid-filled amniotic sac which protects the embryo from drying out. The chorion cushions the embryo against mechanical shocks. The allantois functions as a disposal sac for uric acid.

13 Mammalian Development.
Recall: The egg and zygote do not exhibit any obvious polarity. Holoblastic cleavage occurs in the zygote. Gastrulation and organogenesis follows a pattern similar to that seen in birds and reptiles.

21 The cytoskeleton is also involved in cell movement.
Cell crawling is involved in convergent extension. The movements of convergent extension probably involves the extracellular matrix (ECM). ECM fibers may direct cell movement. Some ECM substances, such a fibronectins, help cells move by providing anchorage for crawling. Other ECM substances may inhibit movement in certain directions.

24 The developmental fate of cells depends on cytoplasmic determinants and cell-cell induction: a review In many animal species (mammals may be a major exception), the heterogeneous distribution of cytoplasmic determinants in the unfertilized egg leads to regional differences in the early embryo Copyright © 2002 Pearson Education, Inc., publishing as Benjamin Cummings

25 Subsequently, in induction, interactions among the embryonic cells themselves induce changes in gene expression. These interactions eventually bring about the differentiation of the many specialized cell types making up a new animal. Copyright © 2002 Pearson Education, Inc., publishing as Benjamin Cummings

28 Polarity and the Basic Body Plan.
The eggs of most vertebrates have cytoplasmic determinants that help establish the body axes and differences among cells of the early embryo Polarity and the Basic Body Plan. In mammals, polarity may be established by the entry of the sperm into the egg. In frogs, the animal and vegetal pole determine the anterior-posterior body axis. Copyright © 2002 Pearson Education, Inc., publishing as Benjamin Cummings

29 Restriction of Cellular Potency.
The fate of embryonic cells is affected by both the distribution of cytoplasmic determinants and by cleavage pattern. Fig Copyright © 2002 Pearson Education, Inc., publishing as Benjamin Cummings

30 Inductive signals drive differentiation and pattern formation invertebrates
Induction: the influence of one set of cells on a neighboring group of cells. Functions by affecting gene expression. Results in the differentiation of cells into a specific type of tissue. Copyright © 2002 Pearson Education, Inc., publishing as Benjamin Cummings

31 The “Organizer” of Spemann and Mangold.
Grafting the dorsal lip of one embryo onto the ventral surface of another embryo results in the develop- ment of a second notochord and neural tube at the site of the graft. Spemann referred to the dorsal lip as a primary organizer. Fig Copyright © 2002 Pearson Education, Inc., publishing as Benjamin Cummings

32 An example of the molecular basis of induction:
Bone morphogenetic protein 4 (BMP-4) is a growth factor promoting promote the formation of bone and the skeleton In amphibians, organizer cells inactivate BMP-4 on the dorsal side of the embryo. In humans it’s a critical signaling molecule required for the early differentiation of the embryo and establishing of a dorsal-ventral axis Copyright © 2002 Pearson Education, Inc., publishing as Benjamin Cummings

34 Pattern Formation in the Vertebrate Limb.
Induction plays a major role in pattern formation. Positional information, supplied by molecular cues, tells a cell where it is relative to the animals body axes. Copyright © 2002 Pearson Education, Inc., publishing as Benjamin Cummings

35 Limb development in chicks as a model of pattern formation.
Wings and legs begin as limb buds. Each component of the limb is oriented with regard to three axes: Proximal-distal Anterior-posterior Dorsal-ventra. Fig b Copyright © 2002 Pearson Education, Inc., publishing as Benjamin Cummings

39 Homeobox-containing (Hox) genes play a role in specifying the identity of regions of the limb, as well as the body as a whole. In summary, pattern formation is a chain of events involving cell signaling and differentiation. Copyright © 2002 Pearson Education, Inc., publishing as Benjamin Cummings

40 Guess whom the following grew up to be:
A. B. C. D. How Did Rats Grow Wings and Became Bats? Adjust text size: April 19th, 2006, 12:16 GMT| By Vlad Tarko Bats are one of the most successful mammals, a fifth of all mammalian species beings bats. They are extremely diverse creatures, but they do have one thing in common: they have wings and fly. Scientists have always been wondering about how bats end up having wings and now the relatively new field of evolutionary developmental biology, or "evo devo" for short, seems to have unraveled the enigma. Karen Sears and Lee Niswander of the University of Colorado Health Sciences Center in Aurora and their colleagues have compared the wings of the earliest known bat fossil, a 50-million-year-old specimen housed at the American Museum of Natural History in New York, with those of three other species of extinct bats and 10 species of modern bats. They found that in all cases the membranous bat wing is supported by the animal's highly elongated third, fourth, and fifth forelimb digits. What surprised them was to discover that the relative length of these three digits to body size has changed very little over the course of bat evolution. In other words, the bats' wings did not seem to have gradually grown larger and larger, but they have evolved quite suddenly. This suggests that the evolution of bat wings was due not to changes in the bone genes themselves but to a change in the gene that regulates the expression of these bone genes. To find what gene might have been involved, the team monitored the development of the bat embryo and compared this development to the development of the mouse embryo. They found that during early development, both bat and mouse forelimb digits grew at about the same rate relative to their overall gestation periods of 120 and 20 days, respectively. However, roughly halfway through gestation, the bat's third, fourth, and fifth forelimb digits suddenly started to grow much faster. In the picture you can see that, at 80 days, the three forelimb digits that will eventually support the bat's wing have already begun to elongate significantly. On the other hand, the same digits in the mouse continued to grow slowly, as did the bat's hind limb digits. This observation has lead scientists to consider that the sudden growth may be due to a gene that coded a certain protein (called Bmp2) responsible for bone growth. They have found that the expression of this gene was indeed 30% higher in the developing forelimbs of bats than it was in mice. This indicated that what probably prompted the appearance of bats from mouse-like rodents was a mutation in the gene regulating the Bmp2 gene. This mutation, that probably happened around 50 million years ago, has caused an abnormal growth of the forelimbs digits. But these early bats instead of succumbing to such a misfortune and dying off proved to be quite able to adapt. They started to use their overdeveloped fingers as wings, and eventually became some of the most successful mammals on Earth. G. F. H. E. 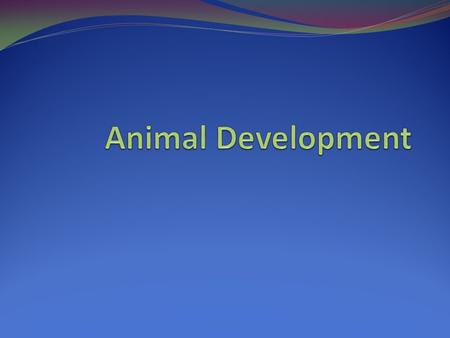 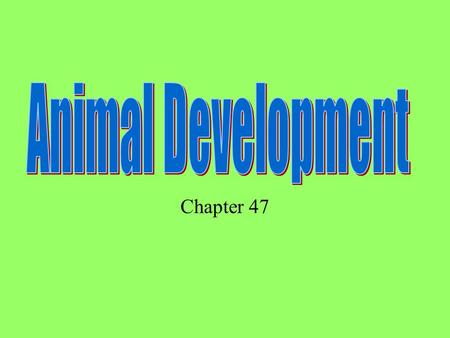 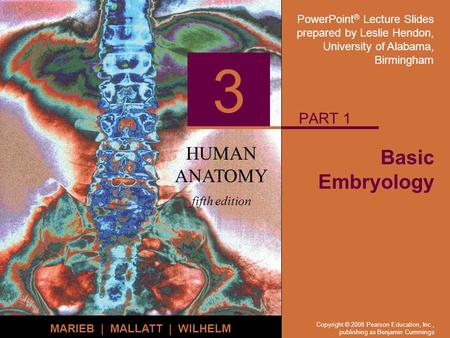 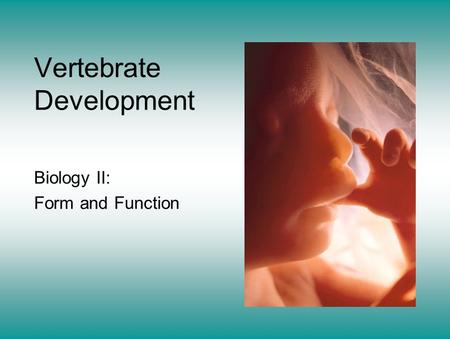 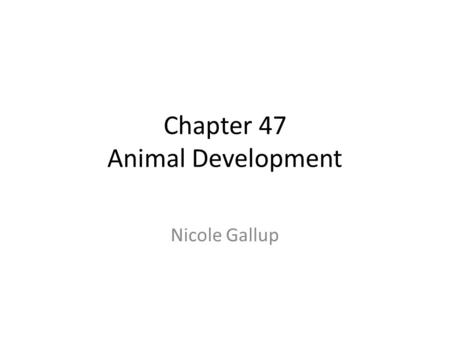 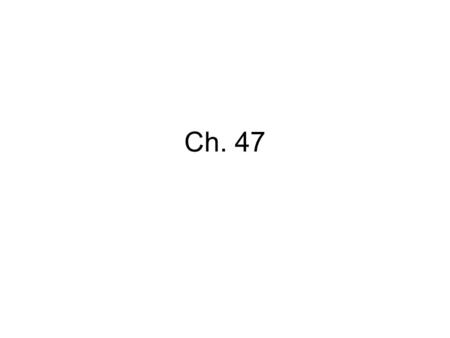 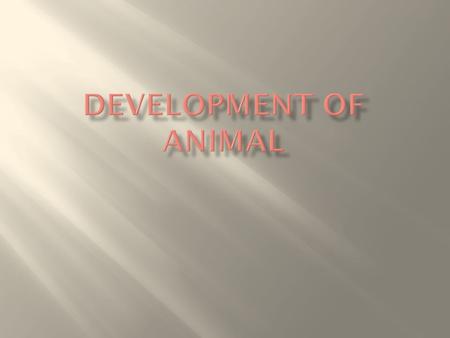 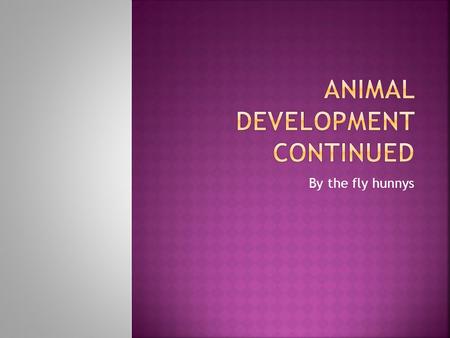 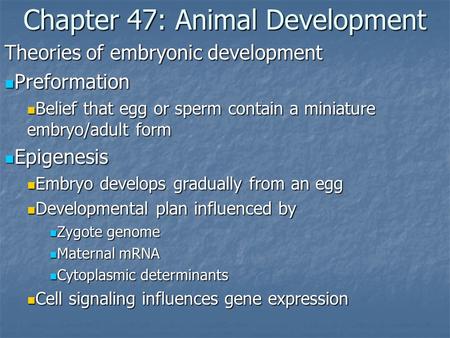 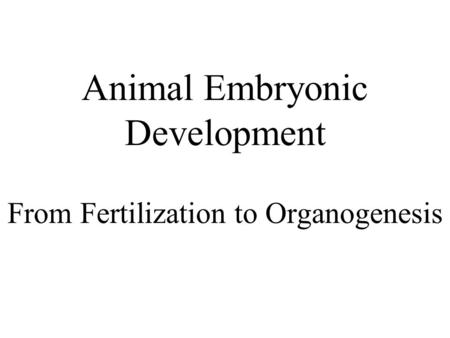 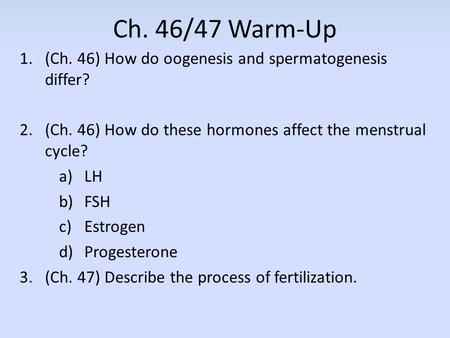 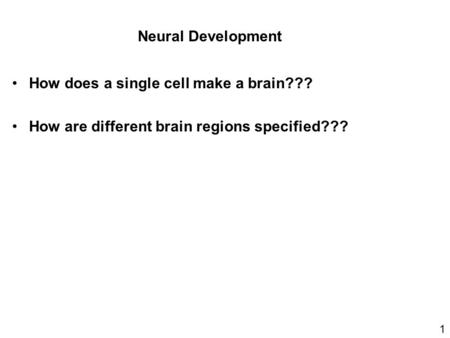 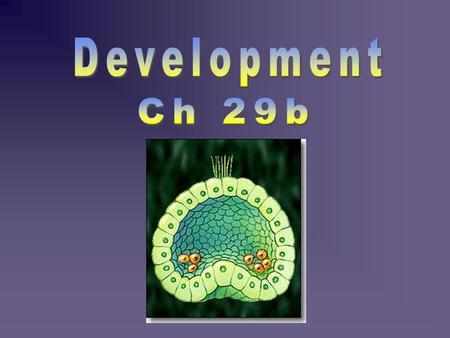 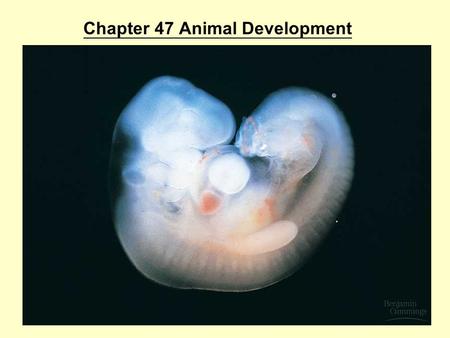 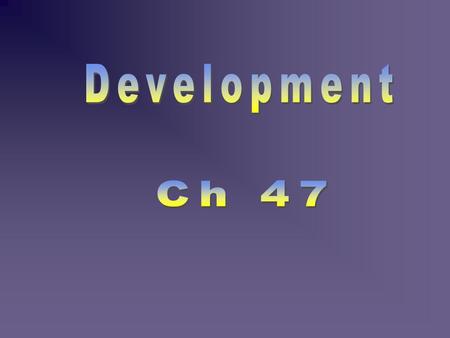 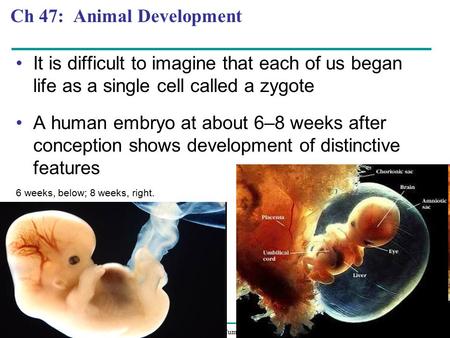 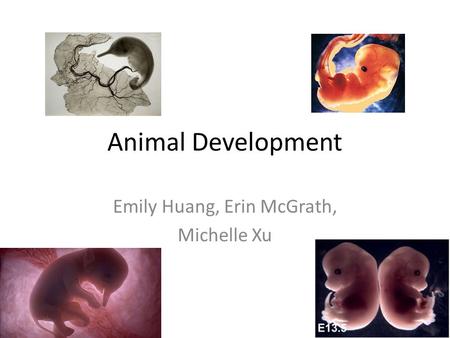 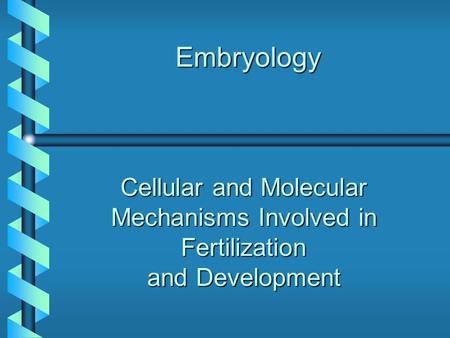 Embryology Cellular and Molecular Mechanisms Involved in Fertilization and Development. 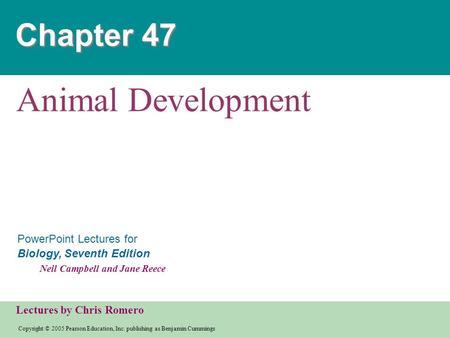