2 What Is Socket A socket is one endpoint of a two-way communication
link between two programs running on the network. A socket is bound to a port number so that the TCP layer can identify the application that data is destined to be sent. A socket in use usually has an address bound to it. The nature of the address depends on the communication domain of the socket. A single socket can communicate in only one domain.

3 Where Is Socket From? Originally developed in 4.2BSD (Berkeley Software Distribution), cka Berkeley UNIX. In UNIX, a process has a set of I/O descriptors that one reads from and writes to. These descriptors may refer to communication channels (sockets). The lifetime of a descriptor is made up of three phases: creation (open socket), reading and writing (receive and send to socket), and destruction (close socket).

4 Three Major Protocols Used For Socket
Internet Protocol (IP): a low-level routing protocol that breaks data into small packets and sends them to an address across a network, which is not reliable. Transmission Control Protocol (TCP): a higher-level protocol that strings together the packets, routing and retransmitting them as necessary to reliably transmit your data. User Datagram Protocol (UDP): sits next to TCP and can be used directly to support fast, connectionless, unreliable transport of packets.

7 TCP/IP Socket in Java TCP/IP sockets are used to implement reliable,
bi-directional, persistent, point-to-point, stream- based connections between hosts on the Internet Useful for implementing network services – such as remote login (telnet, rlogin) and file transfer (FTP) – which require data of indefinite length to be transferred.

10 Socket Class -Characteristics
Socket class is Java’s fundamental class for performing client-side TCP operation. This class is used for creating TCP connections over an IP network This class itself uses native code to communicate with the local TCP stack of the host operating system The interface that the Socket class provides to the programmer is streams

13 ServerSocket Class The SeverSocket is designed to be a “listener”, which waits for clients to connect before doing anything Server sockets wait for connections while client sockets initiate connections Listen for either local or remote client programs to connect to them on published ports.

19 Multicast Sockets Multicasting sends data from one host to many different hosts, but not to everyone; the data goes only to clients that have expressed and interest in the data by joining a particular multicast group On the Internet, such event like video conference, is best implemented using Multicasting that built on top of UDP Multicast Sockets in Java uses the DatagramPacket class along with a new MulticastSocket class.

21 Why need Multicasting? The growing requirement
All the unicast sockets provide point-to-point communication and create a connection with two well-defined endpoints. However, many tasks require a different model. For example, the television station need to broadcast to every user and Video conferencing, by contrast, sends an audio-video feed to a select group of people using multicast. Multicasting is broader than unicast, but narrower and more targeted than broadcast communication. The resources saving and the traffic relief The goal of multicast sockets is that no matter how complex the network, the same data should never be sent more than once over any given network segment

23 Four Key Operations The behavior of MulticastSocket is very similar to DatagramSocket’s Join a multicast group Send data to the member of the group 3. Receive data from the group 4. Leave the group 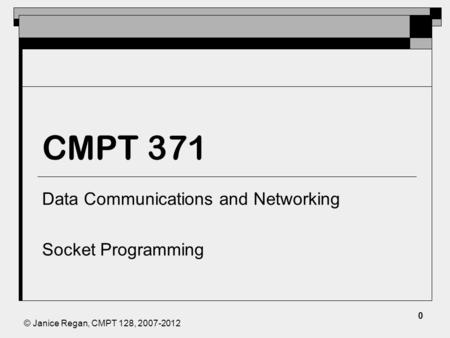 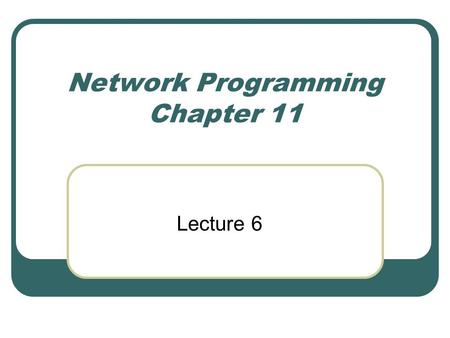 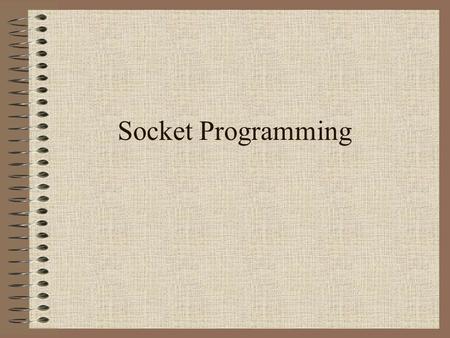 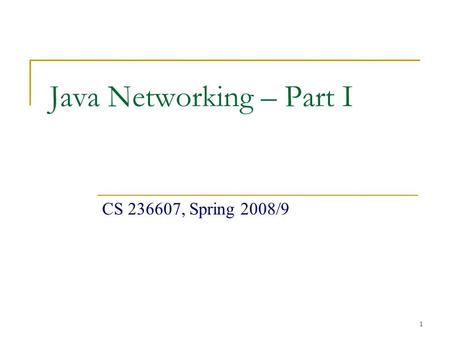 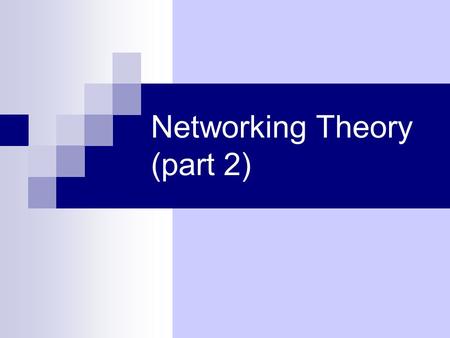 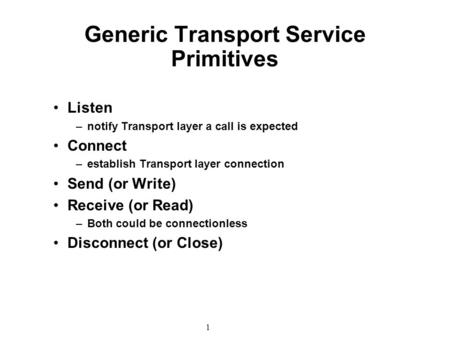 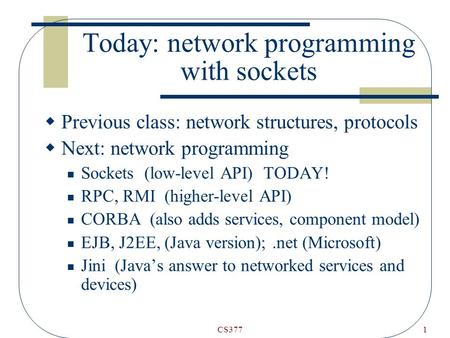 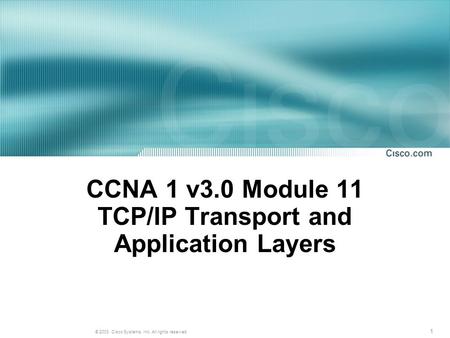 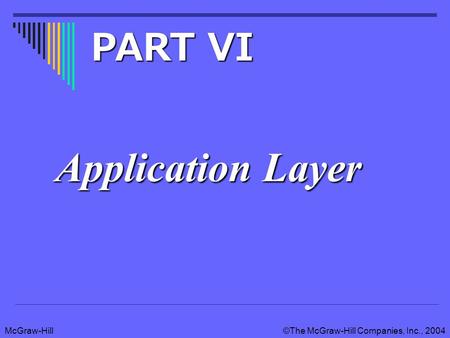 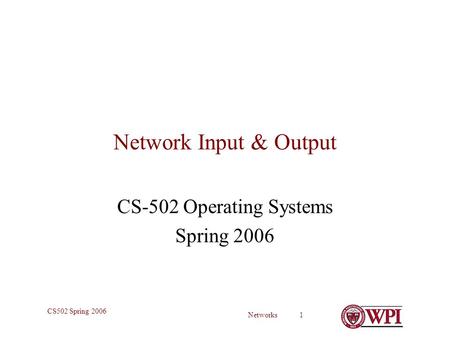 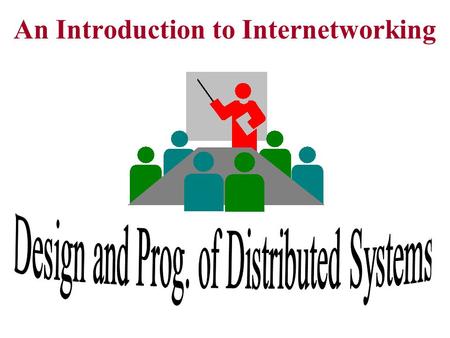 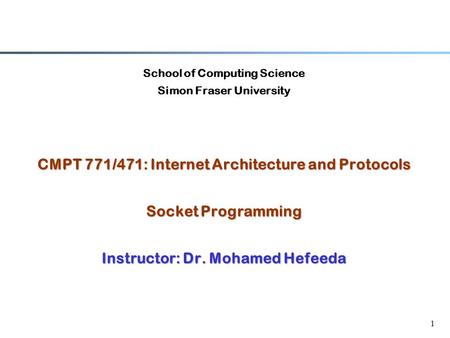 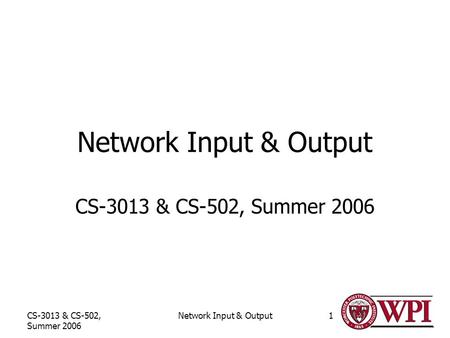 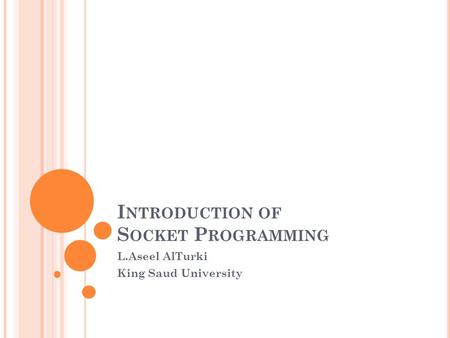 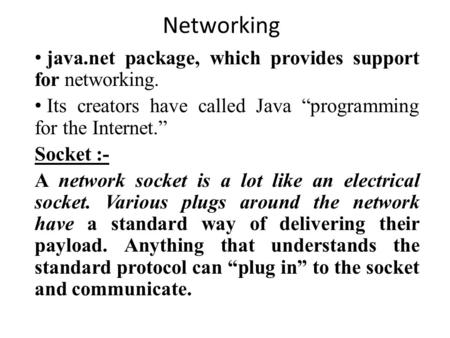 Networking java.net package, which provides support for networking. Its creators have called Java “programming for the Internet.” Socket :- A network socket. 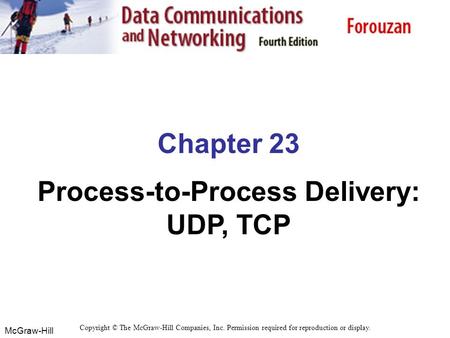 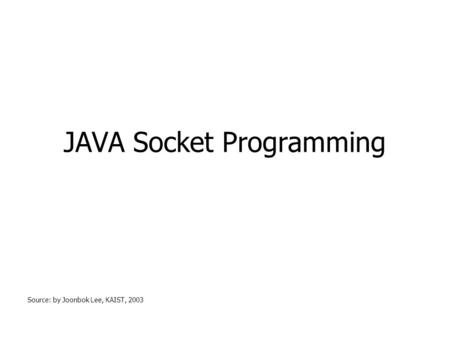 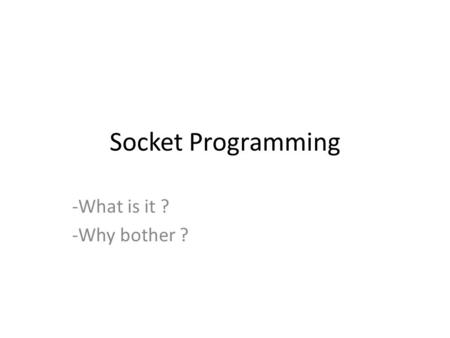