Presentation on theme: "1 Applets Chapter 1 To understand:  why applets are used to extend the capabilities of Web pages  how an applet is executed and know about the restrictions."— Presentation transcript:

1 1 Applets Chapter 1 To understand:  why applets are used to extend the capabilities of Web pages  how an applet is executed and know about the restrictions placed on applets by the browser’s JVM  What is JVM?  the fundamentals of HTML and how to create a simple Web page  how to write a simple applet and execute it from a Web page or with the applet viewer program

2 2 Introduction to Applets  There are two types of programs you can create with Java:  applications  applets.  An application is a stand-alone program that runs on your computer.  Applets are Java programs that are usually part of a Web site.  If a user opens the Web site with a Java- enabled browser, the applet is executed inside the browser window.

4 4 Introduction to Applets  Web pages are normally written in Hypertext Markup Language (HTML).  HTML is static content; whereas, applets are dynamic.  An applet does not have to be on a web server in order to be executed.  They can be stored on the local computer.

5 5 Applet Limitations  Applets run on the user’s system, NOT the server.  For security purposes, applets can not:  access the local computer file system,  run any other program on the user’s system.  execute operating system procedures.  retrieve information about the user or their system.  make network connections with any system except the server from which the applet was transmitted.  run anonymously.  If an applet displays a window, it will automatically have a message such as “Warning: Applet Window” displayed in it.

6 6 Introduction to HTML  Hypertext Markup Language (HTML) is the language that Web pages are written in.  Hypertext can contain a link to other content on the web page, or another web page.  A Markup Language allows you to “mark up” a text file by inserting special instructions.  These instructions tell the browser how to format the text and create any hypertext links.  To make a web page, create a text file:  that contains HTML instructions (known as tags),  the text that should be displayed on the Web page, and  typically has a.htm or.html file extension.

7 7 to HTML Introduction to HTML  This document is called an HTML document.  The tags instruct the browser:  how to format the text,  where to place images,  what to do when the user clicks on a link, etc.  Most HTML tags have an opening tag and a closing tag.  Text  Text  The tags are enclosed in angle brackets ( ).  The closing tag is preceded by a forward slash (/).

9 9 Document Structure Tags  After the document head comes the tag.  The document body contains all of the tags and text that produce output in the browser.

10 10 Creating Applets With Swing  Applets are very similar to the GUI applications.  Hmmmm, what’s a GUI???  Instead of displaying its own window, an applet appears in the browser’s window.  The applet code are:  The differences applet code are:  A GUI application class is derived from JFrame.  An applet class is derived from JApplet.  The JApplet class is part of the javax.swing package.

13 13 Running an Applet  The process of running an applet is different from that of running an application.  To run an applet, create an HTML document with an APPLET tag, which has the following general format: <APPLET CODE="Filename.class" CODE="Filename.class" WIDTH=“width_value” WIDTH=“width_value” HEIGHT=“height_value”> HEIGHT=“height_value”>  Don’t forget the closing angle bracket.  Attributes should be enclosed in quotes.

14 14 Running an Applet  Filename.class is the compiled bytecode of the applet, not the.java file.  You can optionally specify a path along with the file name.  If you specify only the file name, it is assumed that the file is in the same directory as the HTML  The browser:  loads specified byte code, and  executes it in an area that is the size specified by the width_value and height_value.

15 15 Using Appletviewer  The appletviewer program loads and executes an applet without the need for a Web browser.  When running the program, specify the name of an HTML document as a command line argument. appletviewer SimpleApplet.html  This command executes any applet referenced by an APPLET tag in the file SimpleApplet.html.  If the document has more than one APPLET tag, it will execute each applet in a separate window.  Let’s look at an example…..

24 24 Size and Positions of Figures  Sizes and positions in a Java applet are given in pixels.  Think of the display surface for the applet as being a two-dimensional grid of individual pixels.

28 28 Running and Closing an Applet  There are two ways to run an applet:  Embed the applet in a Web page and run it  Use an applet viewer from the IDE .  There are two corresponding ways to end an applet:  If you are running the applet from a web site, close the page or navigate away from the page  If you are using an applet viewer, use the mouse to click the close-window button.

Download ppt "1 Applets Chapter 1 To understand:  why applets are used to extend the capabilities of Web pages  how an applet is executed and know about the restrictions." 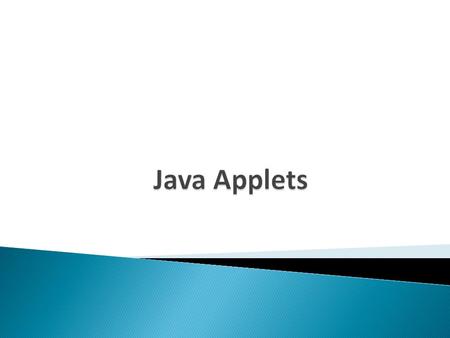 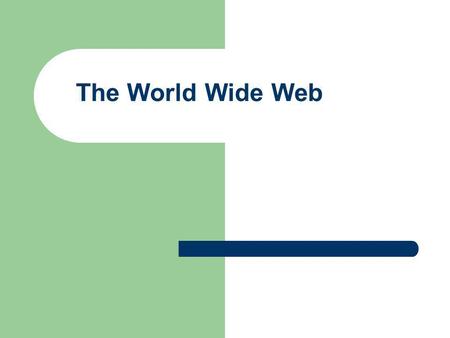 The World Wide Web. 2 The Web is an infrastructure of distributed information combined with software that uses networks as a vehicle to exchange that. 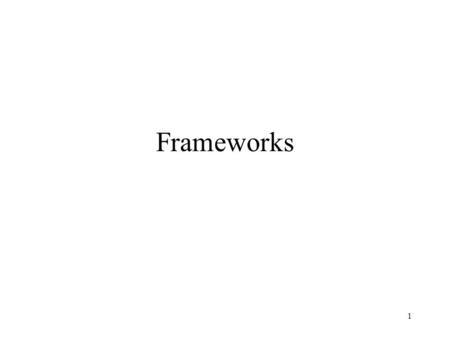 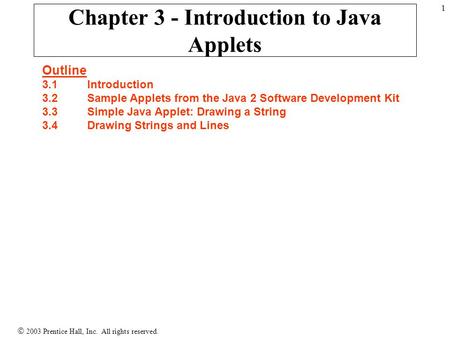 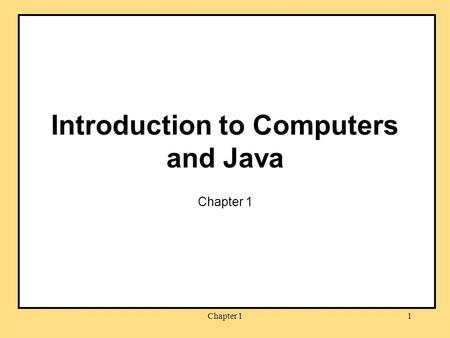 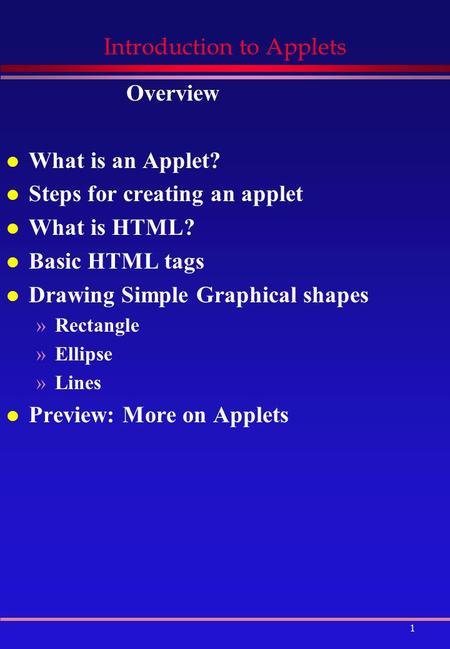 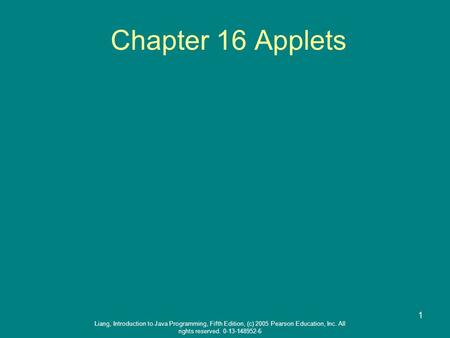 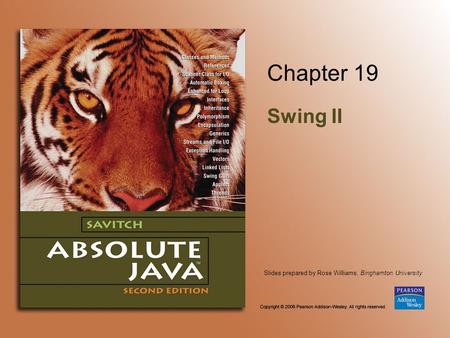 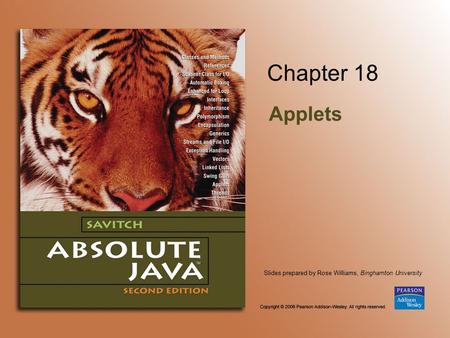 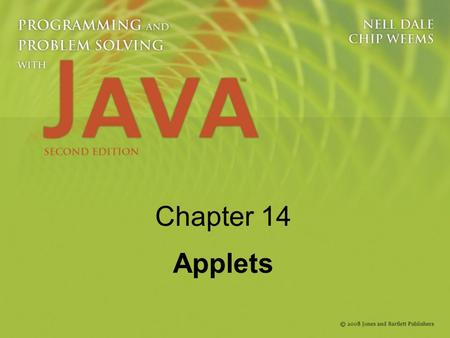 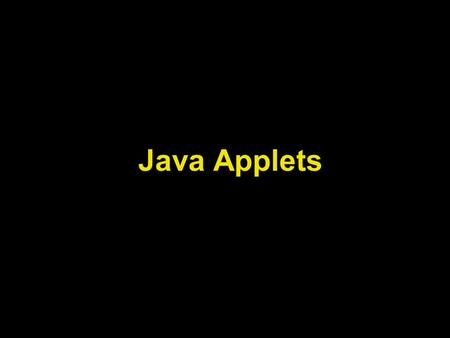 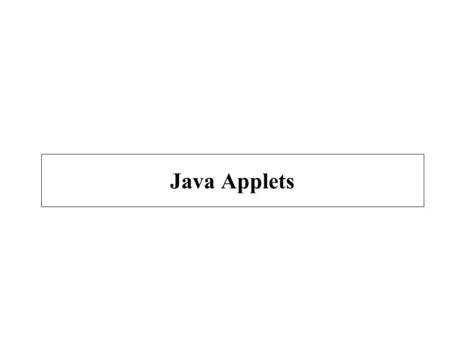 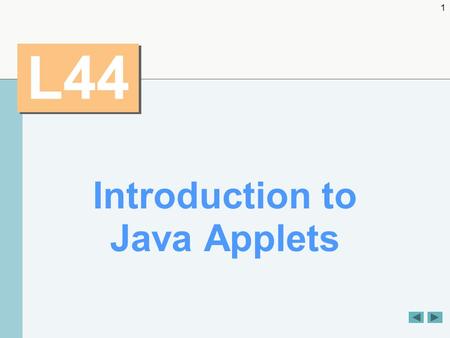 1 L44 Introduction to Java Applets. 2 OBJECTIVES  To differentiate between applets and applications.  To observe some of Java's exciting capabilities. 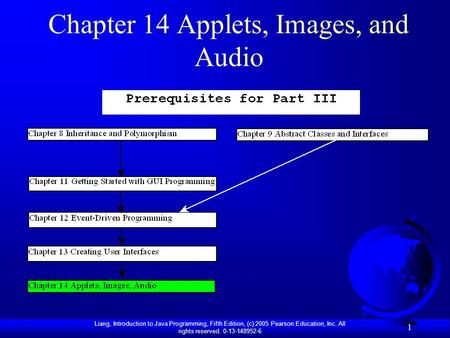 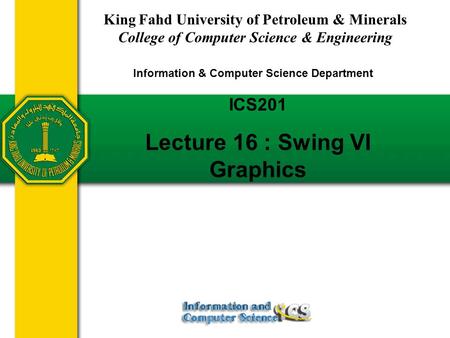 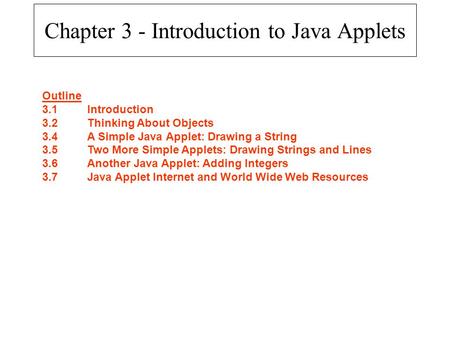 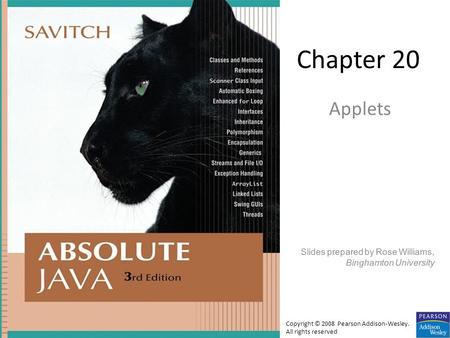 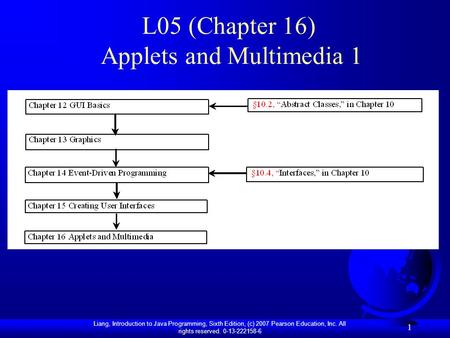 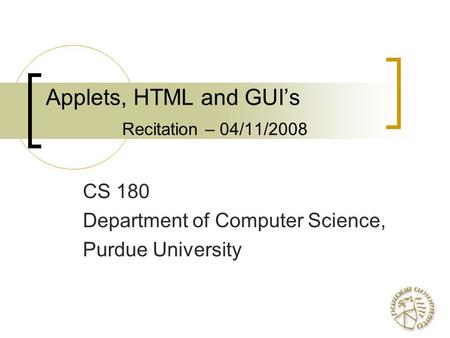 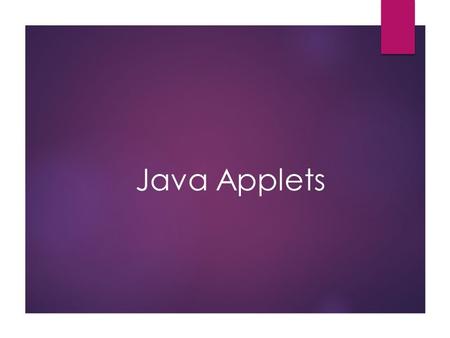