5 II. Derivational Processes: a method to get new words
Derivation (Derivational affixation) Compounding: combine two or more morphemes to form new words Reduplication: full or partial repetition of a morpheme Blending: parts of the words that are combined are deleted Clipping: part of a word has been clipped off Acronyms: abbreviate a longer term by taking the initial letters Back formation: A word (usually a noun) is reduced to form another word of a different type (usually a verb) Extension of word formation rules: Part of a word is treated as a morpheme though it’s not Functional shift (Conversion): A change in the part of speech Proper names  Common words Onomatopoeia: words imitate sounds in nature Borrowing: The taking over of words from other languages

9 VI. Collocation Definition:
There are combinations of words which are stored together as whole units in the brain, sometimes like big words. A speaker calls up the units as a whole form from memory, just as he calls up individual words. Examples: Salt and Pepper Knife and Fork Bread and Butter Do business Do harm Make a mistake 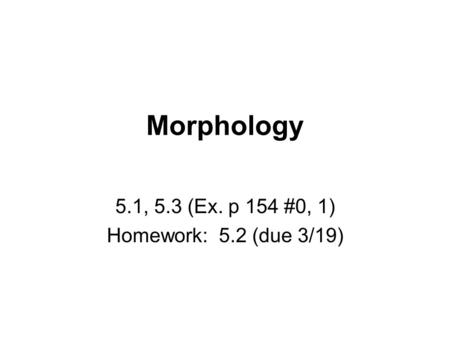