2 Logical Design Split data into multiple tables, such that no information is lost useful information can be easily reconstituted.

4 Functional Dependence A column (attribute), B, is functionally dependent on another column, A (or possibly a collection of columns), if a value for A determines a single value for B at any one time.

5 Keys All candidate keys are determinants A group of attributes is a primary key if: 1) All attributes in the table are functionally dependent on the group 2) No subset of the group also meets the above condition

6 The Normalization Process A set of steps that enables you to identify the existence of potential problems, called update anomalies, in the design of a relational database. The goal of normal forms is to allow you to take a table or collection of tables and produce a new collection of tables that represents the same information but is free of problems.

13 Third Normal Form A table is in third normal form (3NF) if it is in second normal form and if the only determinants it contains are candidate keys. Similar update anomalies: Updates, inconsistent data, additions, deletions.

17 Progressing to BCNF Place the two candidate primary keys in separate entities. Place each of the remaining data items in one of the resulting entities according to its dependency on the primary key 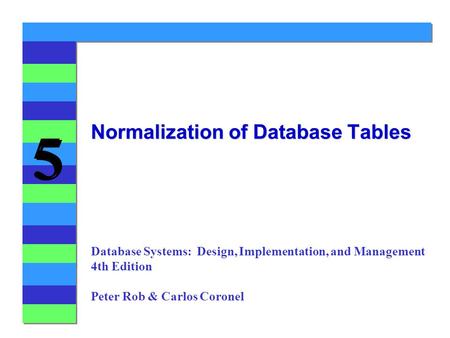 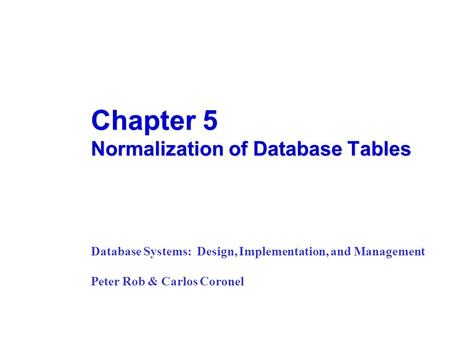 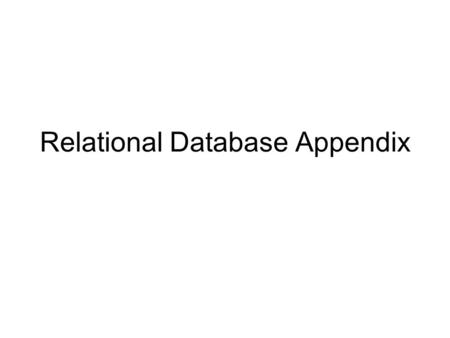 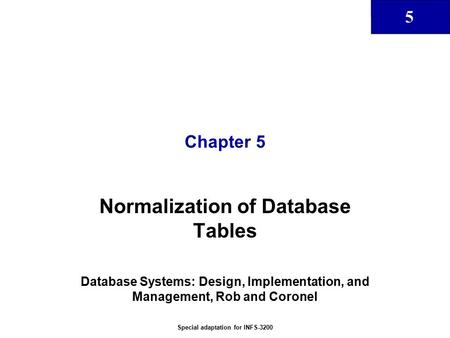 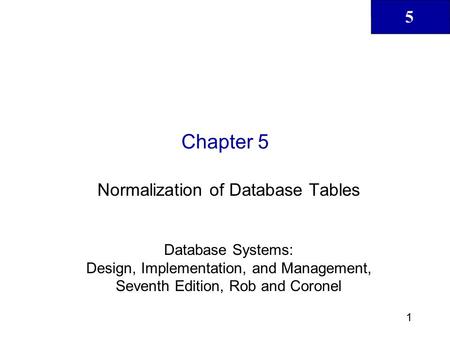 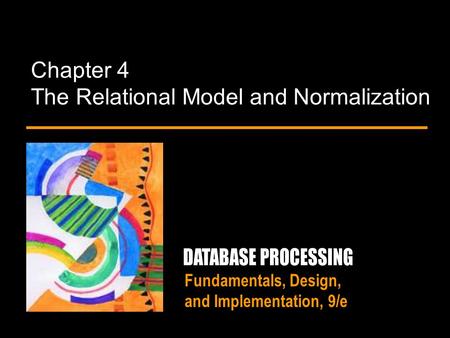 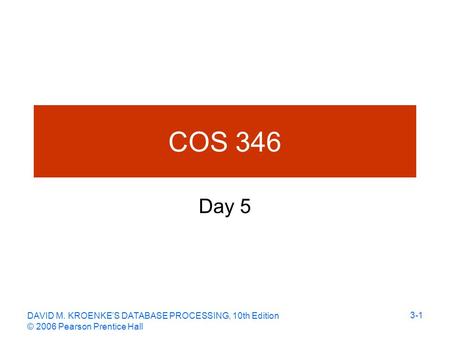 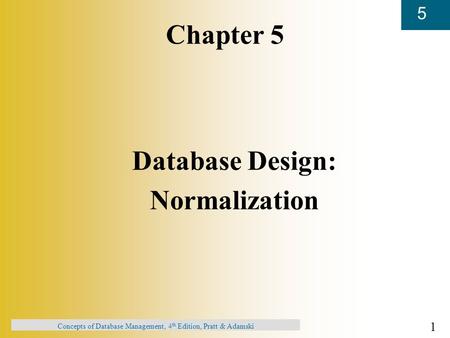 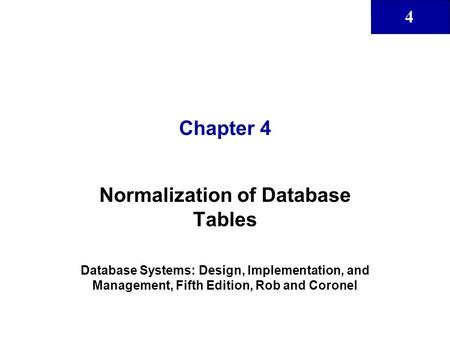 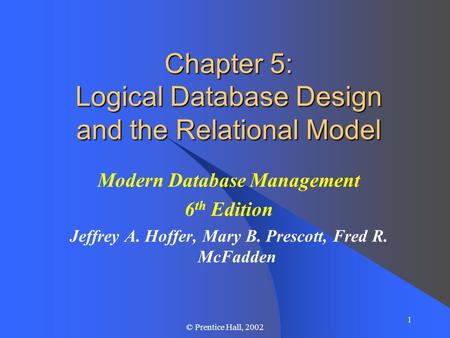 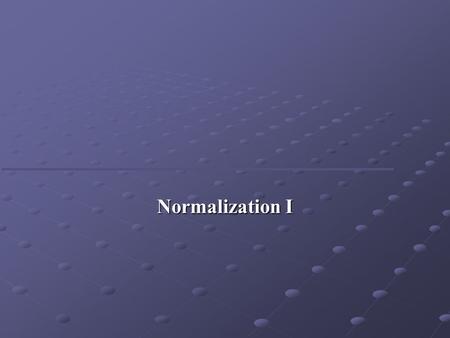 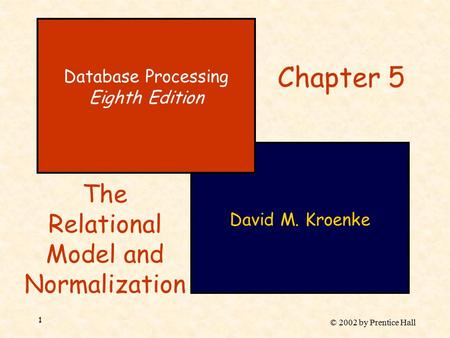 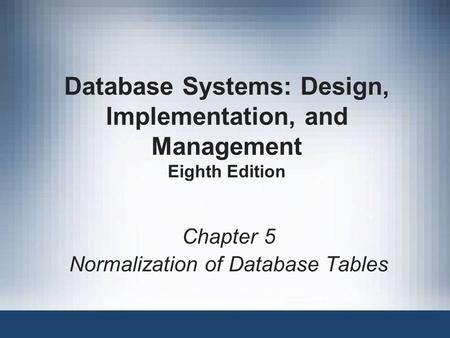 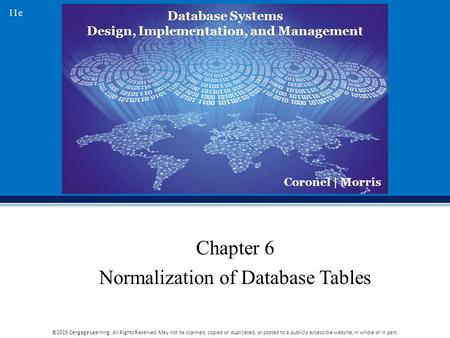 Database Systems Design, Implementation, and Management Coronel | Morris 11e ©2015 Cengage Learning. All Rights Reserved. May not be scanned, copied or. 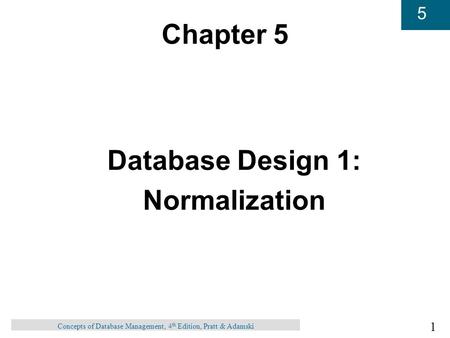 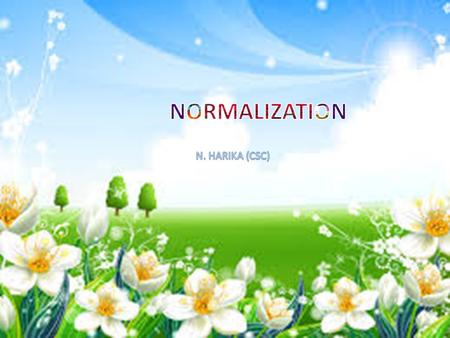 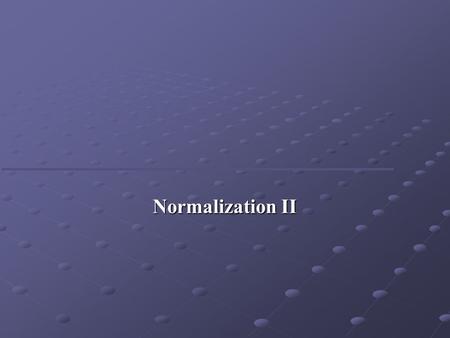 Normalization II. Boyce–Codd Normal Form (BCNF) Based on functional dependencies that take into account all candidate keys in a relation, however BCNF. 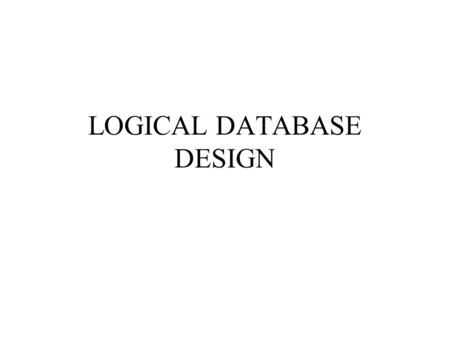 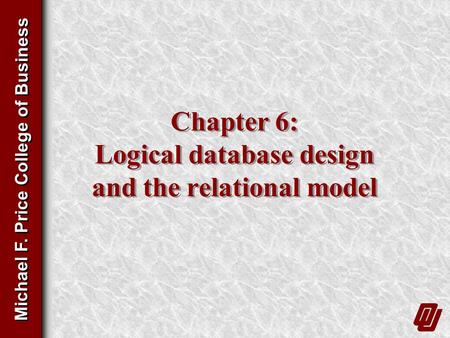 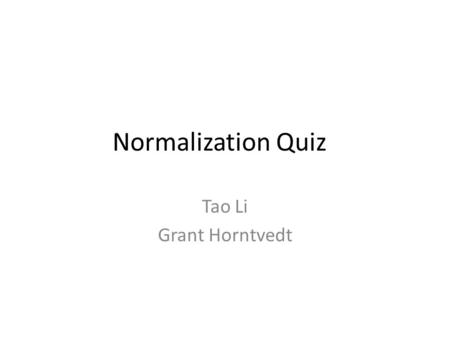 Normalization Quiz Tao Li Grant Horntvedt. 1. Which of the following statements is true: a. Normal forms can be derived by inspecting the data in various.