2 Hydrology, water resources, and climate Hydrologists and water resources engineers have always had to deal with climate, it wasn’t just “discovered” But, the classical assumption is equivalent to statistical stationarity, “the future will resemble the past” Unfortunately, the future may not be like the past, which greatly complicates planning

15 So what is the issue for this meeting ? The fundamental implications of global warming for snowmelt dominated and transient snow rivers in the west have been well understood in the academic community for a decade or longer. Lots of questions about specifics, climate model uncertainty, etc. However, a) all models show there is a problem in snowmelt dominated watersheds, and b) the models are consistent with what’s been observed over the last half century or so. Almost all the studies are academic – few examples where the studies have been done by the water management agencies, using their own tools and models We are to the point where the question is no longer whether climate change is an issue, but rather how to incorporate it into the planning process (and preferably internalize it at the agency level) 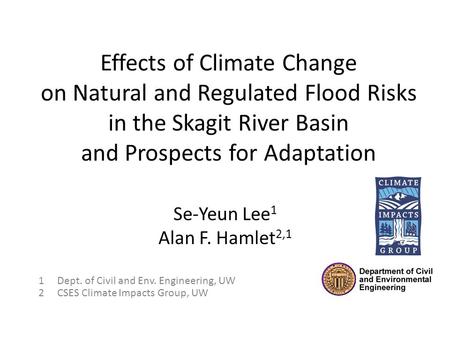 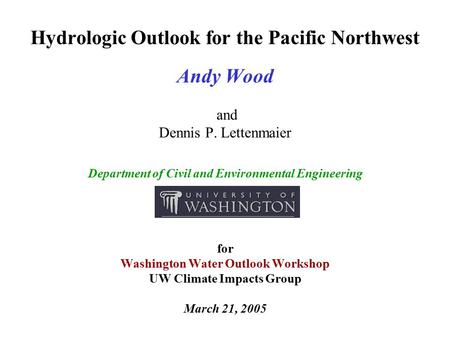 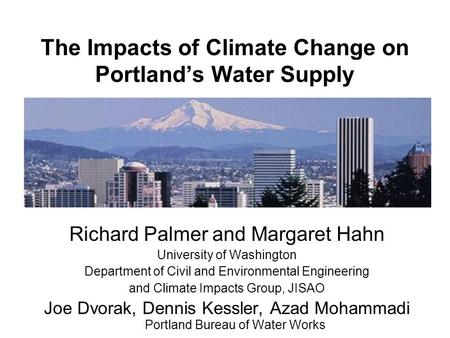 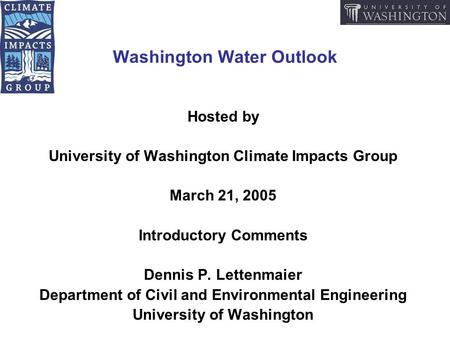 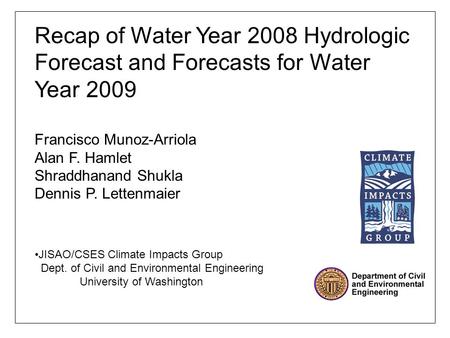