4 An Example without Composition A discrete-event model that has a unique behavior. A delta-causal process.

5 An Example with Composition What about the existence and uniqueness of the behavior of the following model (modified from the previous example by introducing a hierarchy)? The causality property is missing. An interface only consisting of ports and parameters is insufficient to reason about the behavior of the composite actor.

7 A Refined Interface (Continued) Abstraction Communication Dependency Interfaces (graphs) of component actors can be composed with communication dependencies to construct another graph. The interface of a composite actor is an abstraction of the resulted graph.

8 Revisiting Example What about the existence and uniqueness of the behavior of the following model (modified from the previous example by introducing a hierarchy)? A strictly causal process. The new interface containing function dependency is still insufficient to reason about the behavior of the composite actor.

11 Revisiting Example What about the existence and uniqueness of the behavior of the following model (modified from the previous example by introducing a hierarchy)? A delta causal process. The new interface containing weighted function dependency is sufficient to reason about the behavior of the composite actor.

13 Where are we… Introduction and motivation. Study and improvement of several interfaces for discrete-event models. Applying the previously developed interfaces on dataflow and process network models. Conclusion.

14 B E 2 D A F C SDF B E 2 D A F C Composition Example 1 in Dataflow Composition in SDF adds constraints on the number of firings of actor B and E in the firing vector. A consistent SDF graph. This makes the whole model inconsistent. This is an invalid composition.

16 Composition Example 2 in Dataflow A consistent SDF graph. Schedulability is lost if hierarchy is introduced. The graph becomes deadlock.

17 Weighted Interface for Dataflow Nodes represent ports and directed edges represent data and communication dependencies. Each node has a weight, which represents the number of initial tokens available at this node (port). A directed edge represents dependency between the weight of its sink node on that of its source node. kk+1kk k k 0

19 Dataflow Example 3 A {0} 2 B 3 32 k When k = 1, Therefore, actor B has enough tokens to fire and the deadlock is resolved. A symbolic representation of the interface.

20 Dataflow Example 1 Revisited B E 2 D A F C SDF m n m n Similarly, we can use symbolic representation (weighted interfaces) for the rate signature of the composite actor. The variable m and n give 2 degrees of freedom on the composite actor schedule. m and n can be determined by the outside constraint (balance equations) and the minimum solution requirement.

21 Artificial Local Deadlock in Process Network B ED A F C PN B ED A F C One solution is to introduce a new hierarchy for each disconnected graph. Each inside PN director is responsible to detect its own deadlock. Artificial local deadlock is not handled by Parks’ algorithm.

22 Conclusion We developed several interfaces to analyze compositionality of models with different models of computation. Future work will be to develop more useful interfaces. 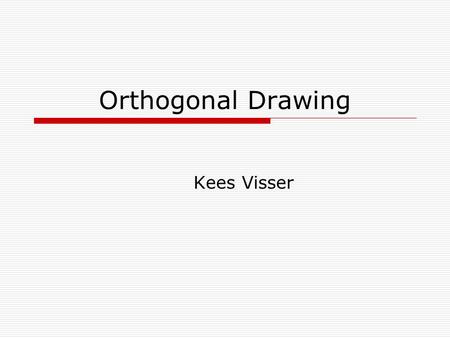 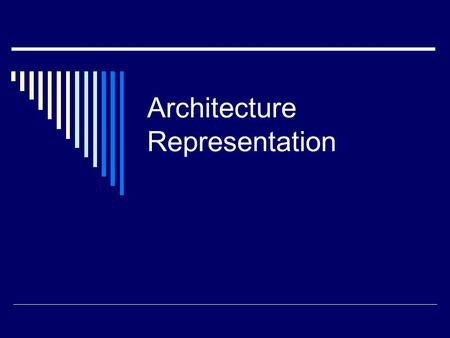 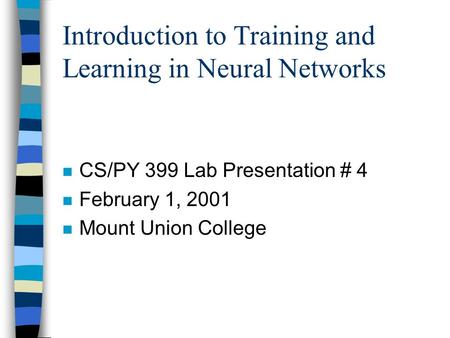 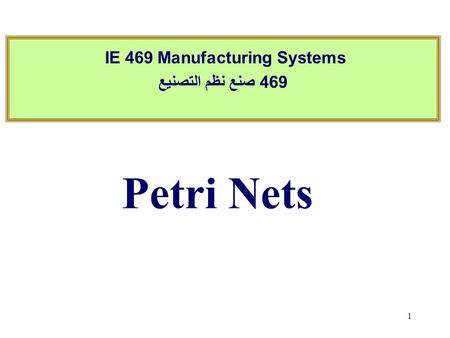 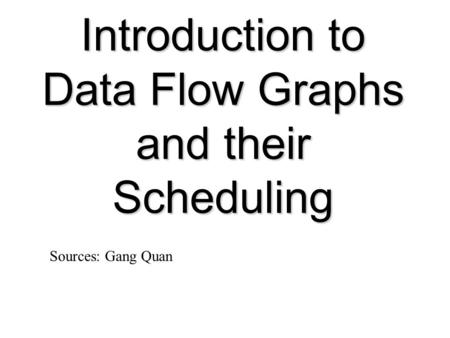 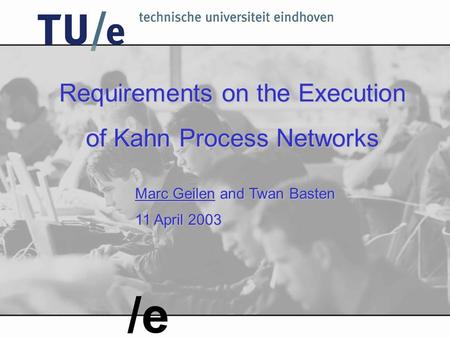 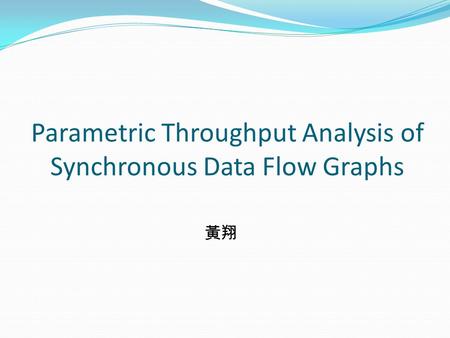 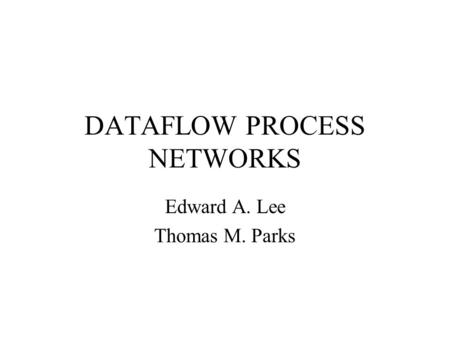 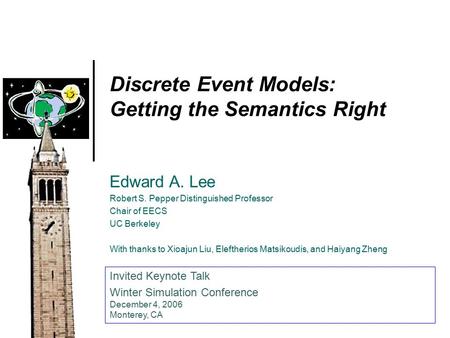 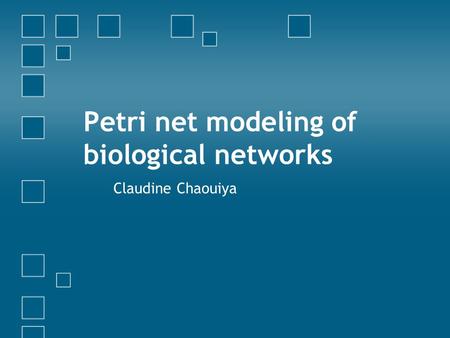 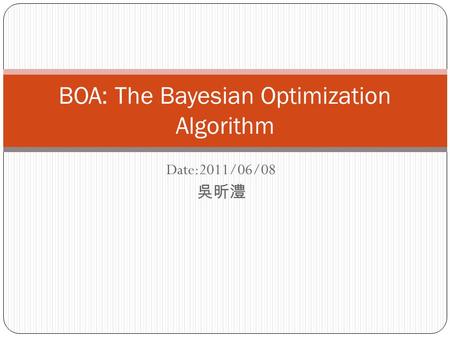 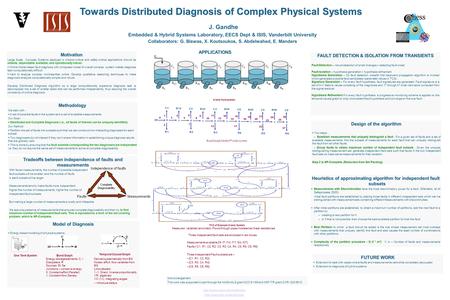 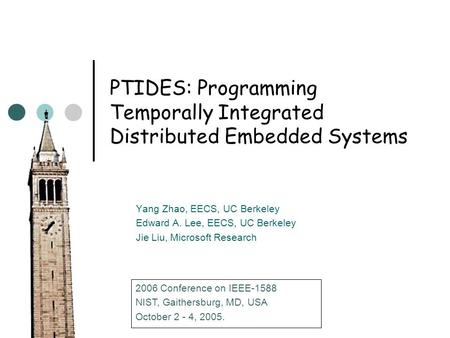 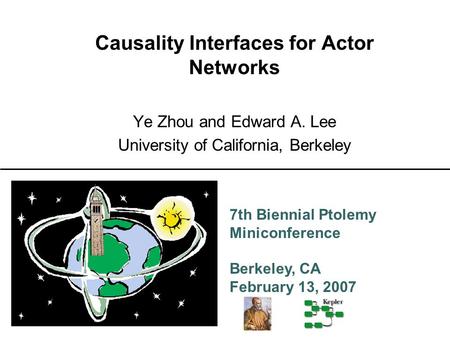 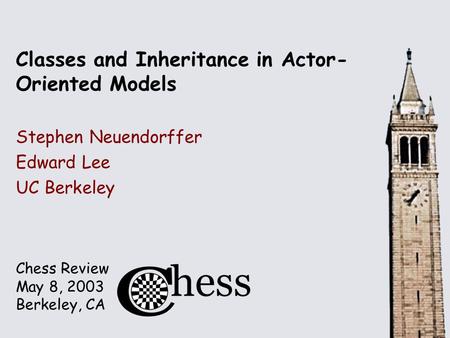 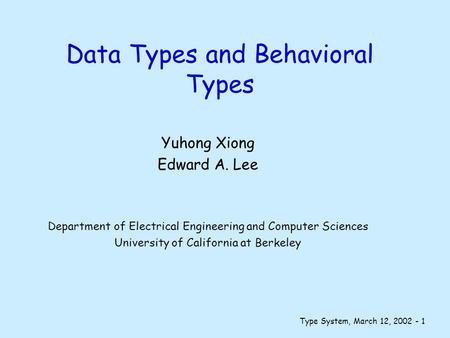 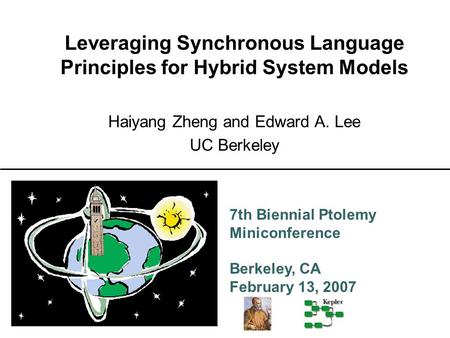 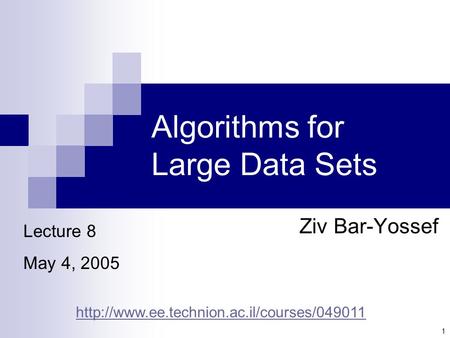 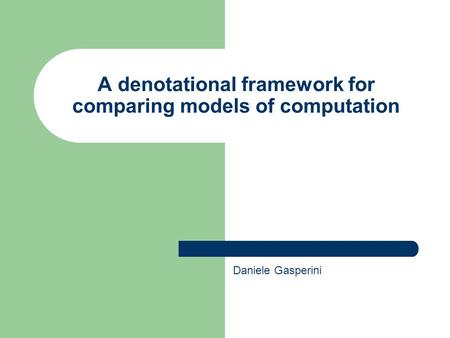