Presentation on theme: "Peer to Peer File Sharing Huseyin Ozgur TAN. What is Peer-to-Peer?  Every node is designed to(but may not by user choice) provide some service that helps."— Presentation transcript:

2 What is Peer-to-Peer?  Every node is designed to(but may not by user choice) provide some service that helps other nodes in the network to get service  Each node potentially has the same responsibility  Sharing can be in different ways: CPU cycles: SETI@HomeSETI@Home Storage space: Napster, Gnutella, Freenet…

6 Second generation P2P systems  Pastry, Tapestry, Chord, CAN…  They guarantee a definite answer to a query in a bounded number of network hops.  They form a self-organizing overlay network.  They provide a load balanced, fault- tolerant distributed hash table, in which items can be inserted and looked up in a bounded number of forwarding hops.

11 CAN - Design  Virtual d-dimensional Cartesian coordinate space on a d-torus  The entire space is partitioned among all nodes  The space is used to store key,value pairs K -> P -> zone  Each node holds info about each of its neigbors for efficient routing

12 CAN - Routing  Works by following the straight line path between source and destination  Local neighbor state is sufficient for routing CAN message includes dest. Coordinates A node routes it to the neighbor with closest to the destination coordinates  Complexity (d/4)(n 1/d ) avg path length 2d neighbors for a node Good for scalability  Many paths between source and destination In case of crashes the node routes the message to the next best available path

13 CAN - Construction  A new node that joins the system must be allocated its own zone Achieved by an existing node splitting its zone in half, retaining half and handing the other half to the new node  3 Steps New node must find a node already in CAN It must find a node whose zone will be split The neighbors of split zone must be notified

14 CAN - Construction  Bootstrap New node discovers an existing node CAN DNS name resolves to one or more nodes IP addresses which are believed to be in the system By querying the DNS new node gets a bootstrap node and from this node gets other nodes IP addresses  Finding a zone Chooses randomly a point P in space and sends JOIN request destined P Destination splits its zone and key,value pairs are transferred  Joining the routing The new node learns the IP addresses of the neighbors Both new and existing nodes update their neighbor set To inform others two nodes send an immediate update, followed by periodic refreshes  Complexity O(d)

15 CAN – Maintenance  Node departure Explicitly hand over its zone to one of its neighbors If node’s zones can be merged it is done If not, the responsibility is handed to the neighbor whose current zone is smallest  Takeover (a node becomes unreachable) One of its neighbors takes over the zone But the pairs are lost Nodes send periodic advertisements Absence of such adv. signals its failure  Each neighbor starts a timer  When it expires node sends TAKEOVER message to all neighbors of failed node

17 Chord - Overview  Specifies How to find locations of keys How new nodes join the system How to recover from failure of existing nodes  It uses consistent hashing  Improves the scalability of it by avoiding the requirement that every node know about every other node.  In N-node network each node maintains information about only O (log N) nodes a lookup requires O (log N) messages Updating info on join and leave requires O (log 2 N)

19 Chord – Consistent Hashing  Scalable key location Very small amount of routing information suffices  Each node need only beware of its successor Routing can be done by following successors until the node is found  Not scalable: O(N) time lookup To accelerate Chord maintains additional routing information  Each node, n, maintains a routing table with at most m entries (finger table)  ith entry contains the identity of first node, s, that succeeds n by at least 2 i-1 on the identifier circle  i.e. s= successor(n+2 i-1 )

21 Chord – Node Joins  Main challenge is preserving the ability to locate every key in the network  2 invariants Each nodes successor is correctly maintained For every key k, node successor(k) is responsible for k  Also in order to be the lookup fast the finger tables must be correct

24 Chord – Concurrent Operations  Stabilization The invariants are difficult to maintain in the face of concurrent joins in large networks Separate correctness and performance goals Stabilization protocol  Keep nodes’ successor pointers up to date, which is sufficient to correctness of lookups  Those successors are then used to verify and correct finger table entries

Download ppt "Peer to Peer File Sharing Huseyin Ozgur TAN. What is Peer-to-Peer?  Every node is designed to(but may not by user choice) provide some service that helps." 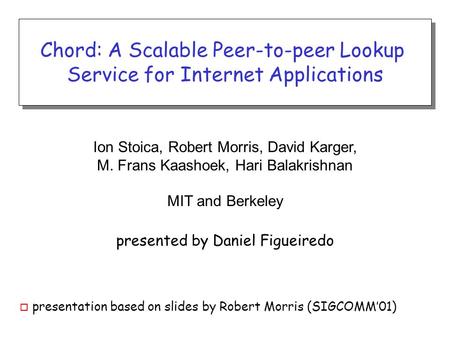 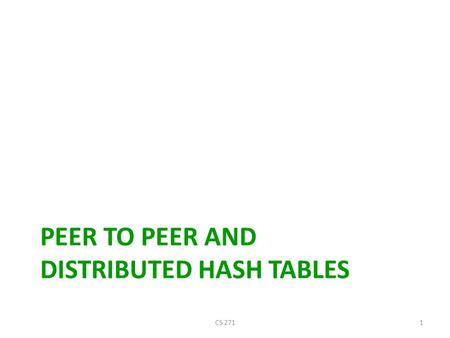 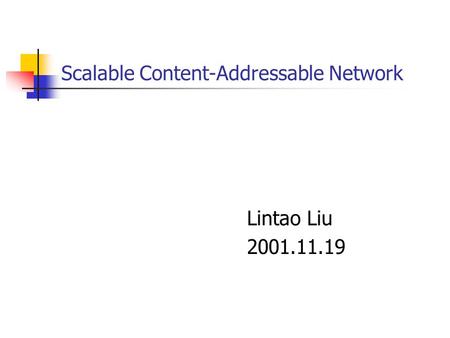 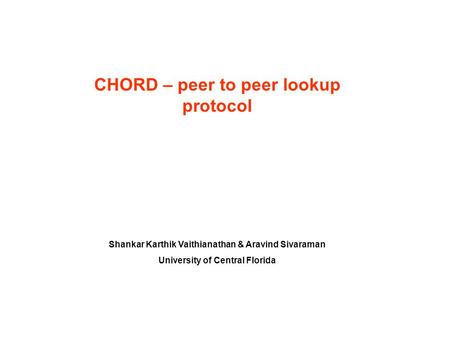 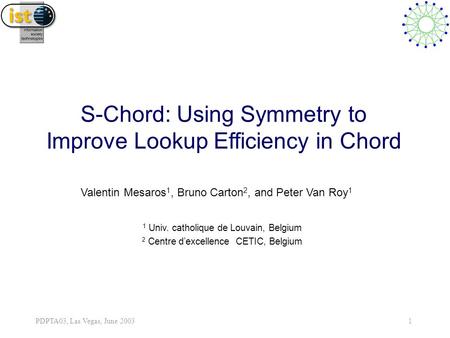 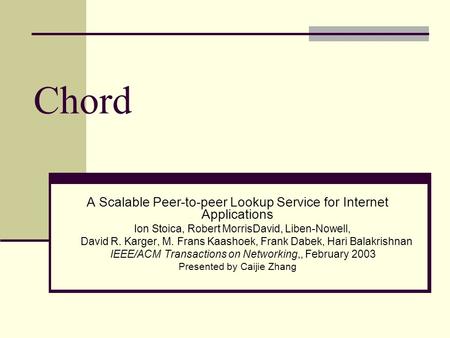 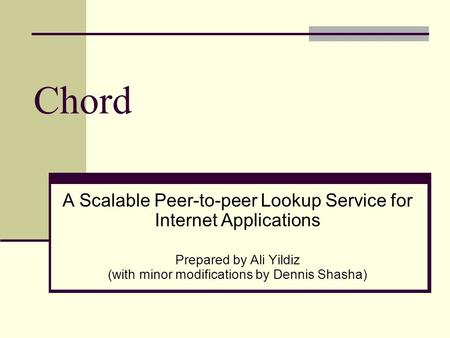 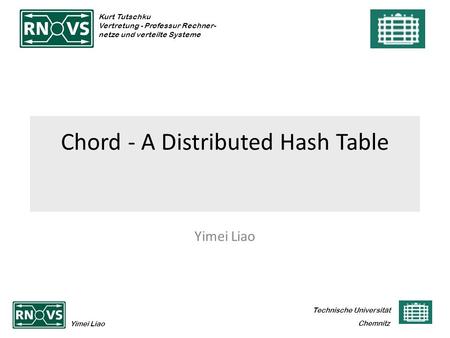 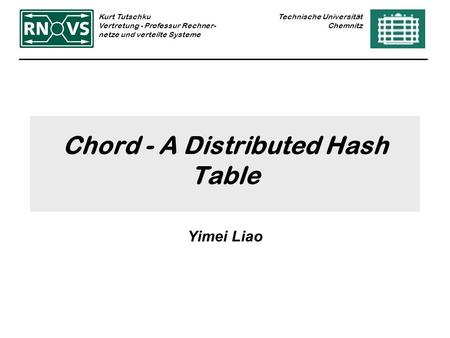 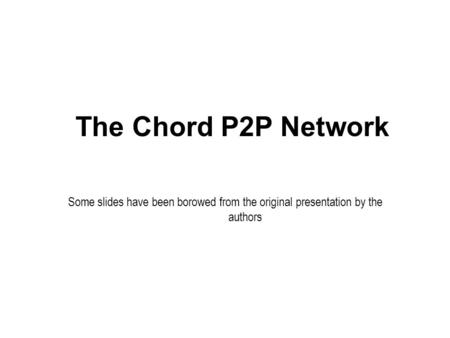 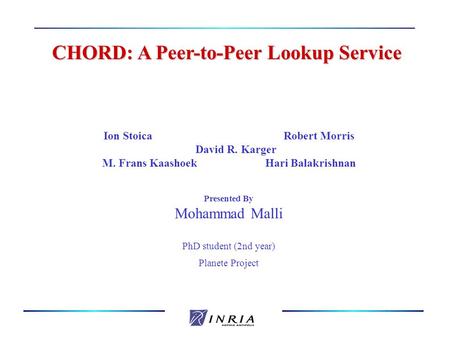 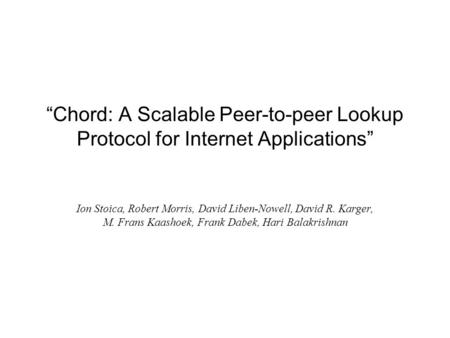 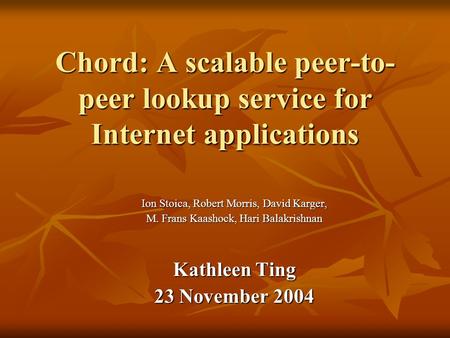 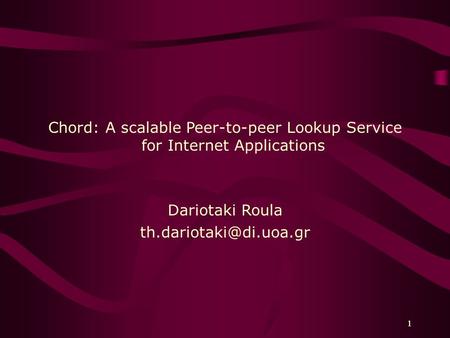 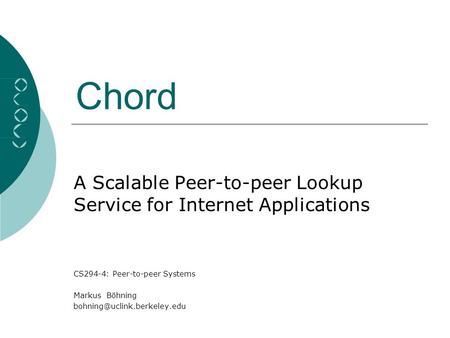 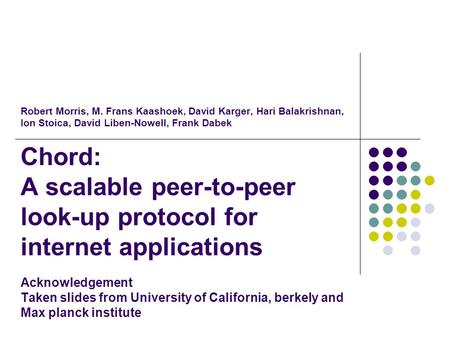 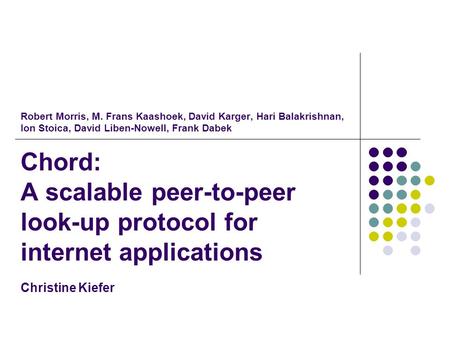 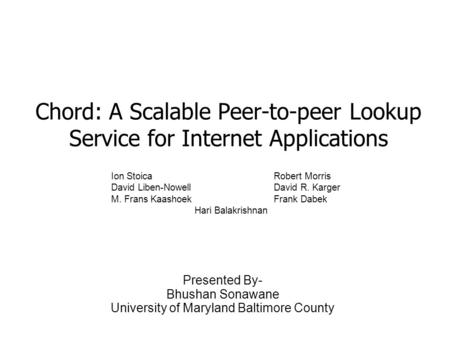 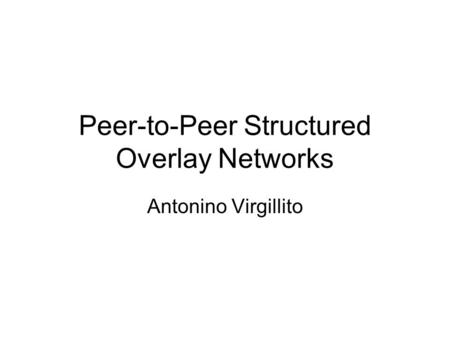 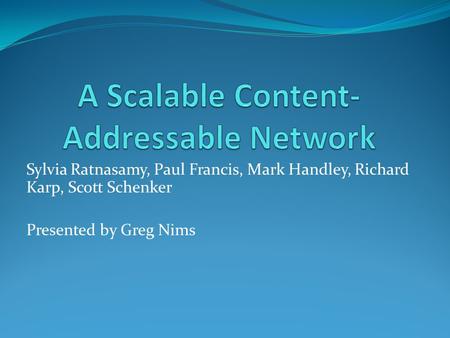