2 Objective To learn the history of the 13 Colonies.

5 New Hampshire – N.E. Colonies
1639, settled by Puritans ministers, who were unhappy with Massachusetts ministers. Allowed much more freedom of religion than Massachusetts. Fishing and timber were cash crops. Had royal governor, but local control on local issues. Capital: Concord.

6 Connecticut – N. E. Colonies
1639, settles by people dissatisfied with Puritan ministers in Massachusetts. More religious freedom than Massachusetts. Economy based on shipbuilding, fishing, and whaling. First written constitution, forming government based on consent of the people.

13 North Carolina/South Carolina – Southern Colonies
1690, large tracts of land given to eight Lords, friends of King Charles II. Established as an investment. Offered religious freedom to all. Warm humid climate good for growing tobacco, cotton, rice and indigo. Real governing power retained by England until later, when they given some local control over government.

14 Georgia – Southern Colonies
1732, established by James Oglethorpe, wanted to create colony for debtors and poor, make a fresh start. Religious freedom for all. Had assembly to help make laws. Warm humid climate good for growing tobacco, cotton, rice and indigo. English hoped would be a buffer against Spanish and French intrusion from South. Capital: Atlanta 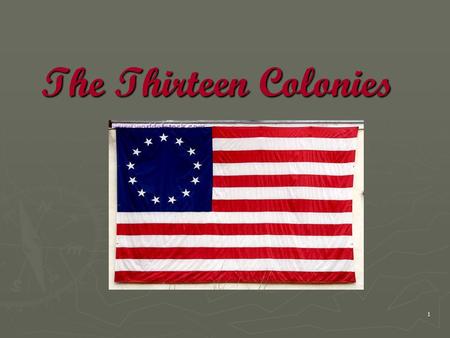 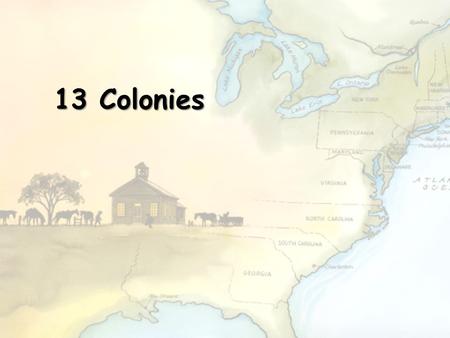