7 Why Public-Key Cryptography?
developed to address two key issues: key distribution – how to have secure communications in general without having to trust a KDC with your key digital signatures – how to verify a message comes intact from the claimed sender public invention due to Whitfield Diffie & Martin Hellman at Stanford in 1976 known earlier in classified community RAIT M. Chatterjee

8 Public-Key Applications
can classify uses into 3 categories: key exchange (of session keys) encryption/decryption (provide secrecy) digital signatures (provide authentication) some algorithms are suitable for all uses, others are specific to one RAIT M. Chatterjee

11 Diffie-Hellman Key Exchange
a public-key distribution scheme cannot be used to exchange arbitrary messages rather it can establish a common key known only to the two participants value of key depends on the participants (and their private and public key information) based on exponentiation in a finite (Galois) field (modulo a prime or a polynomial) - easy security relies on the difficulty of computing discrete logarithms (similar to factoring) – hard RAIT M. Chatterjee

16 Alice and Bob reached the same secret gSaSb mod p, which is then used as the shared key.
RAIT M. Chatterjee

19 Disadvantages: Expensive exponential operation
DoS possible. The scheme itself cannot be used to encrypt anything – it is for secret key establishment. No authentication, so you can not sign anything … RAIT M. Chatterjee 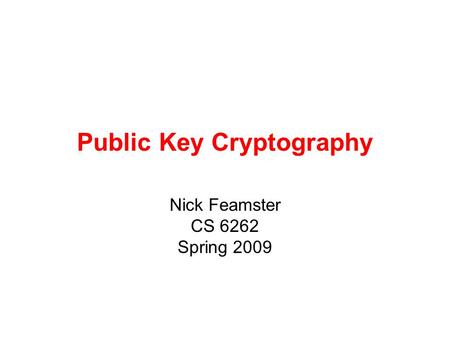 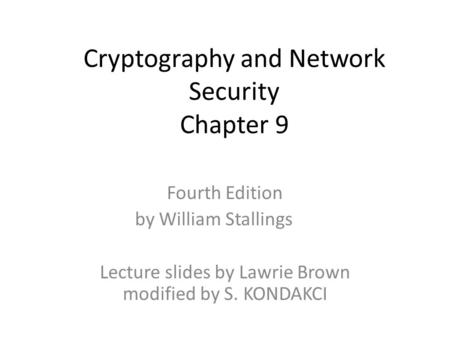 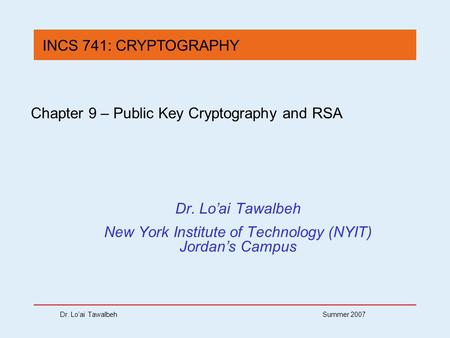 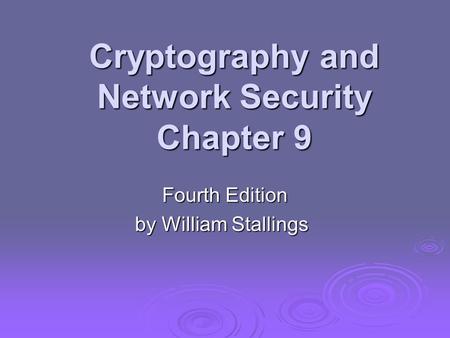 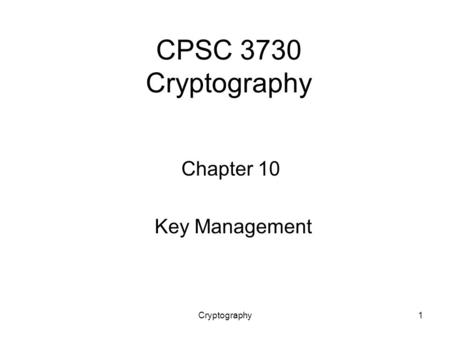 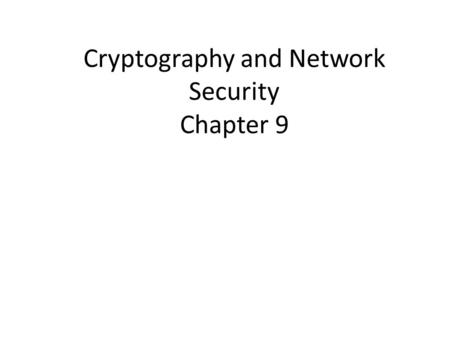 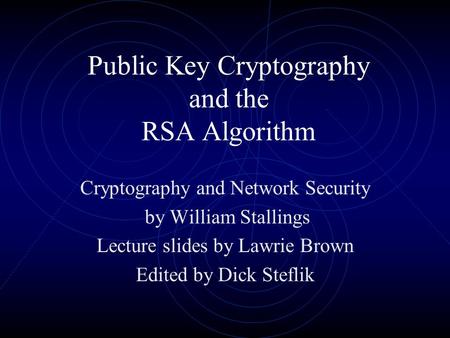 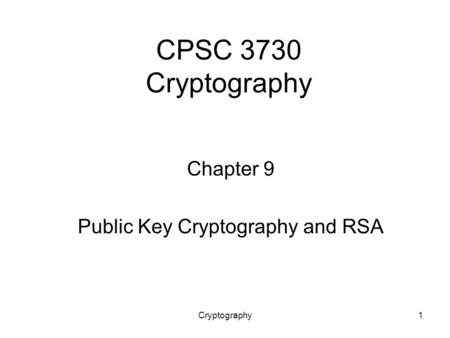 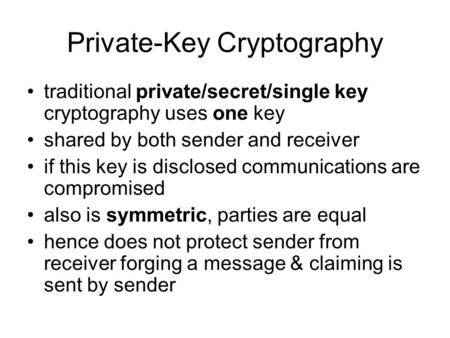 Private-Key Cryptography traditional private/secret/single key cryptography uses one key shared by both sender and receiver if this key is disclosed communications. 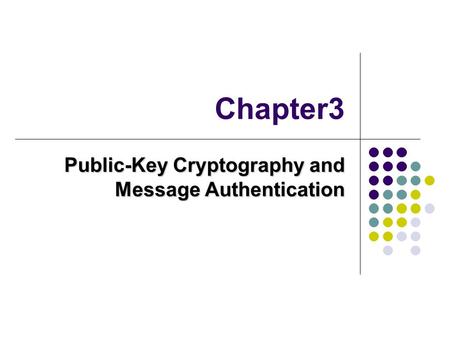 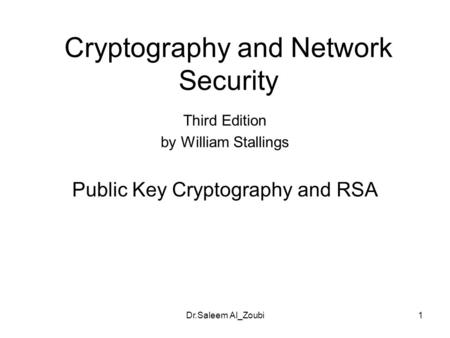 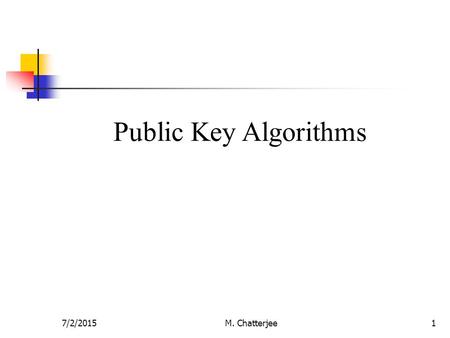 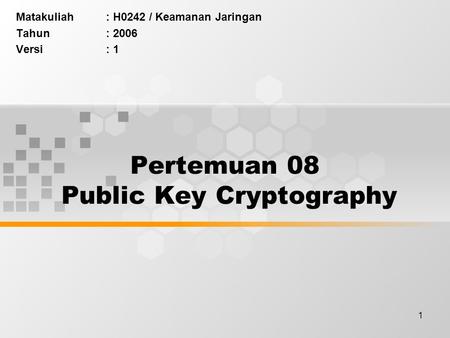 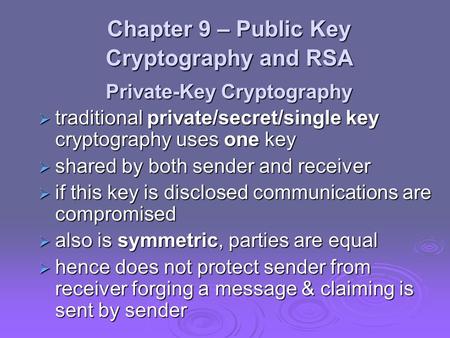 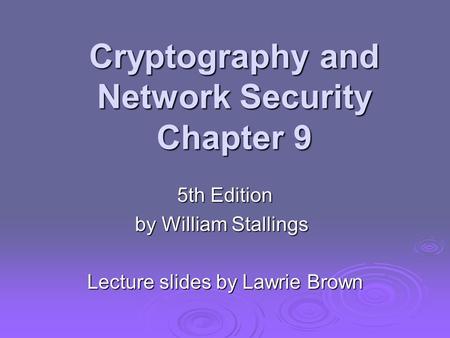 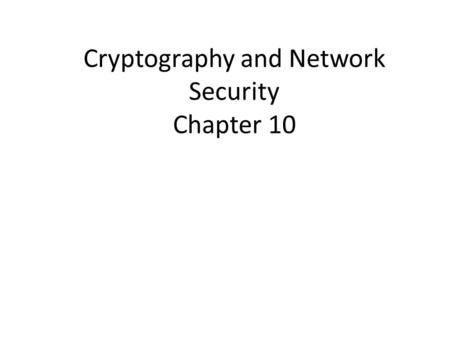 Cryptography and Network Security Chapter 10. Chapter 10 – Key Management; Other Public Key Cryptosystems No Singhalese, whether man or woman, would venture. 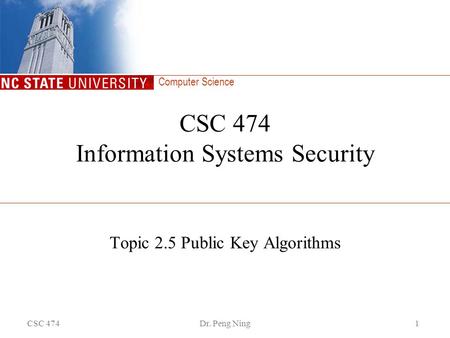 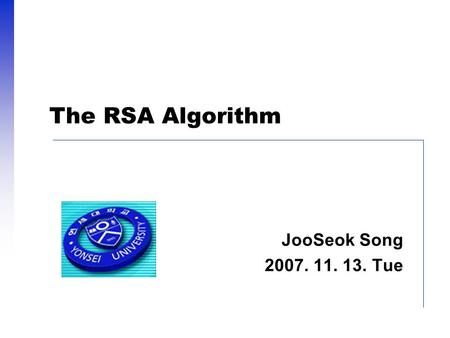 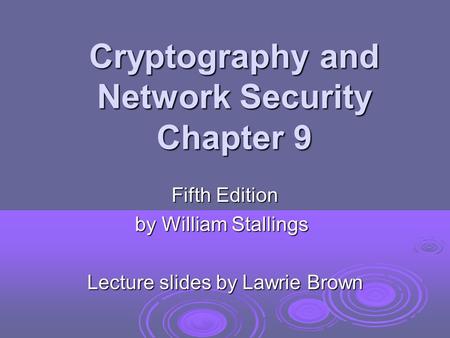 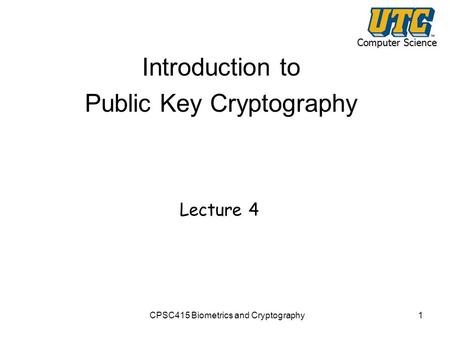