3 Field work  Field Work is about implementing the audit plan discussed earlier and gathering evidence.  The audit plan should spell out how the Audit team proposes to obtain evidence to support the audit opinion.  This will normally comprise a mix of control and substantive procedures.

4 Audit Engagement Letter  Communication with the entity through Audit engagement letter.  A letter to the head of the auditee, communicating the launch of the audit along with  the entity units tentatively selected for audit,  respective responsibilities of Audit and the entity management,  the time-frame for audit and  request him/her to issue necessary directions to the functional officers and field units to provide documents and information to the audit team.

5 Entry conference  Entry conference at the commencement of each field audit serves more than one objective.  It gives an opportunity for introduction of the audit team members with the chief of the entity and heads of various divisions.  The audit team can explain the audit plan that includes audit objectives, approach and time frame besides apprising the entity of the information and documents that will be required by the audit team.  The working procedures for audit may also be established in this meeting.  The audit officer may also utilise this occasion to request the chief of the entity to provide assistance to the team by way of office accommodation, access to office equipment, etc.  The entry conference should be followed by a authenticated minutes of the proceedings.

6 Nature of evidence The auditor should obtain competent, relevant and reasonable evidence to support his judgement and conclusions.  Competent evidence - is quantitatively sufficient and appropriate to achieve the auditing results and is qualitatively impartial such as to inspire confidence and reliability.  Sufficient evidence – is obtained only if the extent of tests (both compliance and substantive tests) is adequate-not too little evidence nor too much evidence as audit resources should not be wasted. The question how much evidence is enough is a matter of professional audit judgement and Auditing Standards and practices.  Reliable evidence - is an evidence that is impartial. The reliability of audit evidence is dependent upon its nature, its source and the method used to obtain it.

10 Tests of Detail -II  For all tests of detail, it is necessary to clearly state  the objective of the test  what constitutes an error  the population to be covered  Where the audit team is testing a sample of transactions, it is necessary to also state  the source from which the sample is selected and the procedures for reconciling this to the financial statements  the method of selection adopted

12 Evaluating the results of sampling for tests of detail  Auditor should examine the sample data from time to time to test the validity of planning assumptions. Once the planned testing is complete, he should analyse any errors detected in the sample.  Auditor should consider whether  the extent of error identified is consistent with planning assumptions and the decisions which led to determination of the scope of the audit;  the audit evidence gathered from sampling for tests of detail and other substantive procedures is sufficient and appropriate.  The detection of errors more than originally expected normally implies that auditor needs to carry out more work than originally planned before he can draw a reliable conclusion on the truth and fairness or proper presentation of the financial statements.

13 Investigating Errors and Control Failure  The audit team should investigate the nature and causes occurrence of any errors or control failures it discovers.  It is important to understand why they have occurred, without which it will not be possible to fully consider their implications for audit.  The audit team should pursue the errors and control failures at the time of detection so that management can take any remedial action promptly and the audit team has sufficient time to change audit procedures if this becomes necessary.

15 Quality Assurance in Fieldwork  Adherence to the Field Standards and policy of CAG of India regarding fieldwork;  Ensuring staffing of audit teams with persons possessing appropriate knowledge and skills;  Supervision, monitoring and review as per the auditing standards;  Holding of Workshops of audit teams engaged in similar audits;  Documentation of the fieldwork; and  Peer review 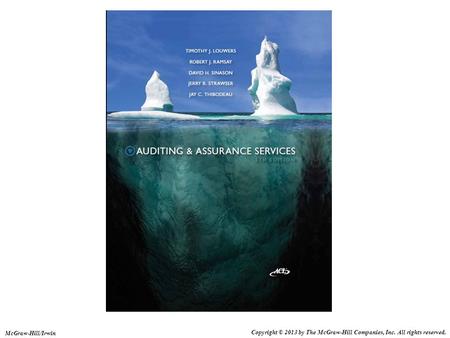 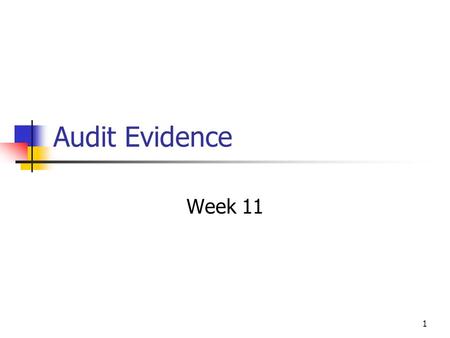 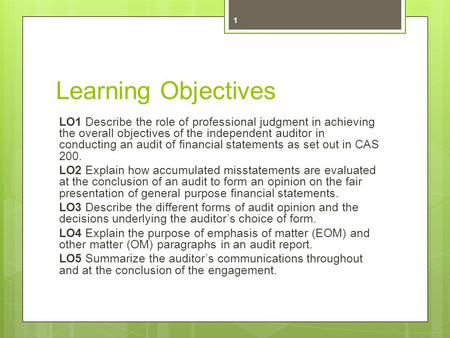 Learning Objectives LO1 Describe the role of professional judgment in achieving the overall objectives of the independent auditor in conducting an audit. 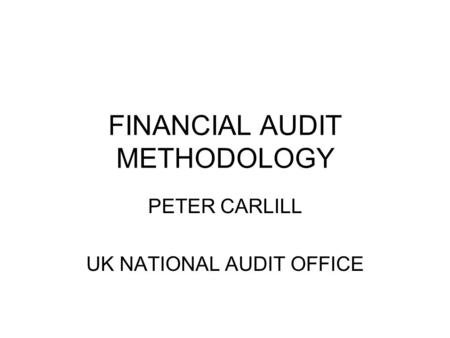 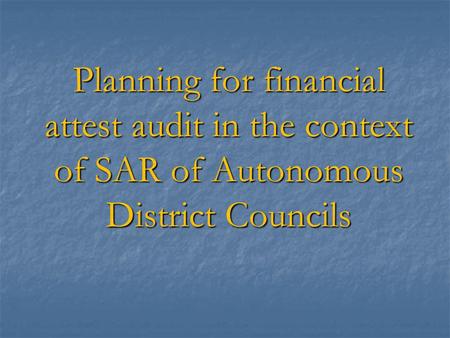 Planning for financial attest audit in the context of SAR of Autonomous District Councils. 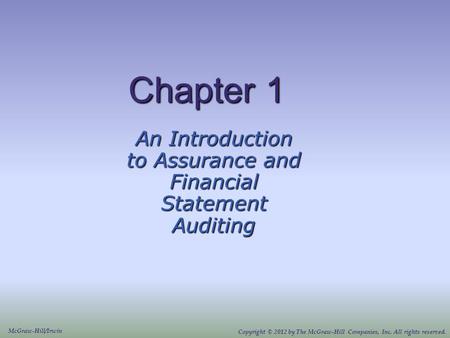 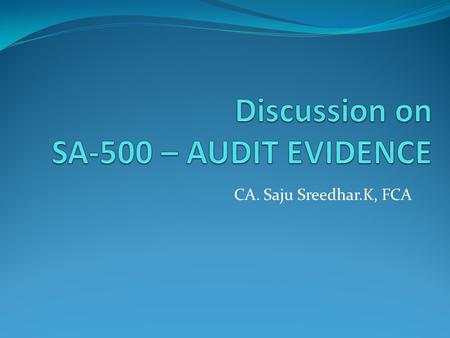 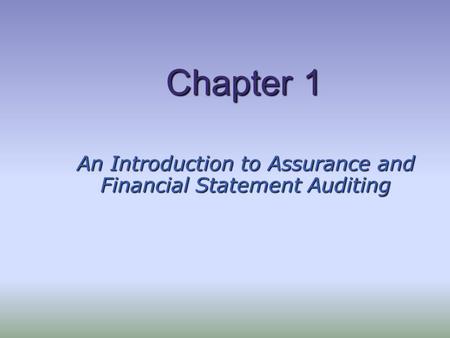 An Introduction to Assurance and Financial Statement Auditing 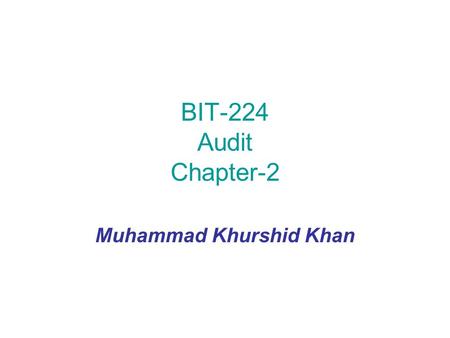 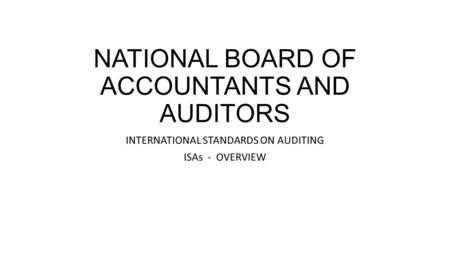 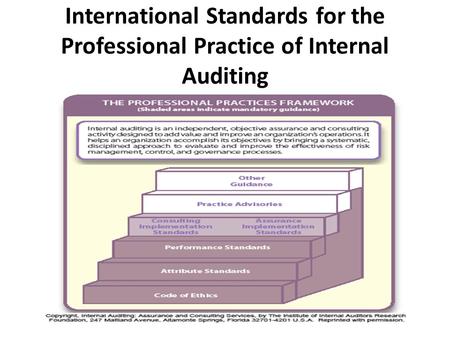 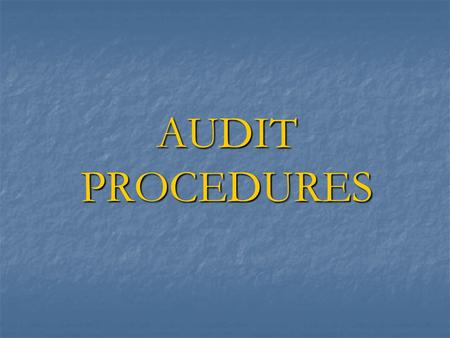 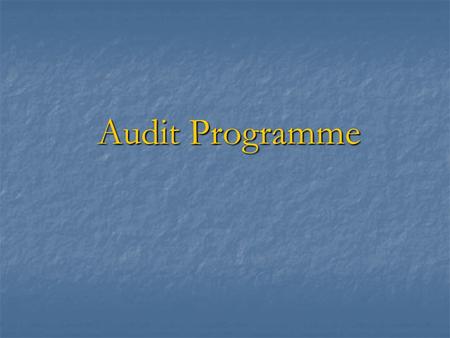 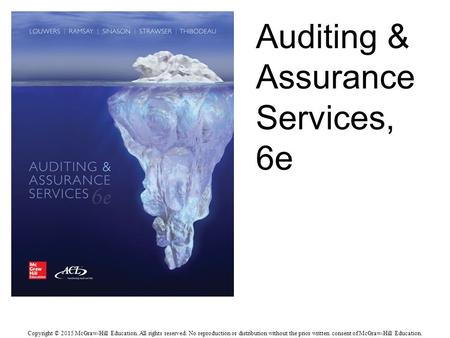 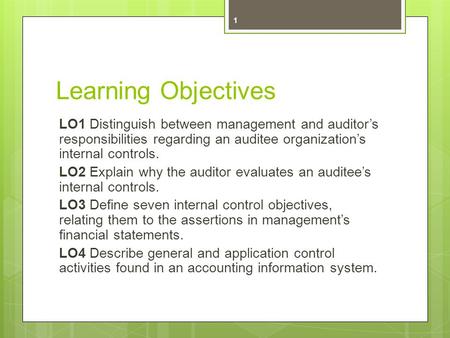 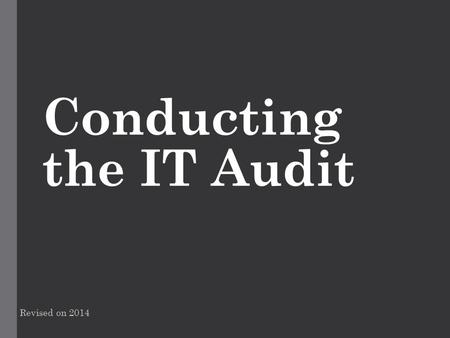 Conducting the IT Audit 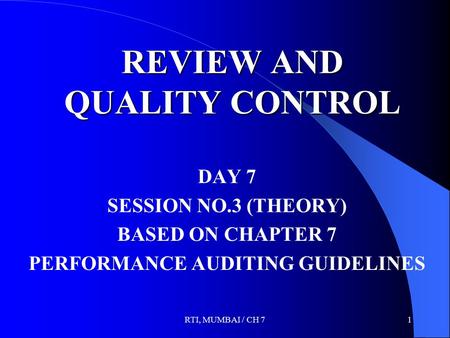 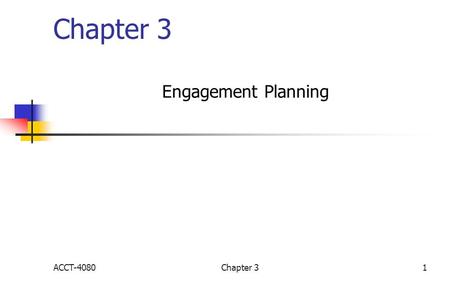 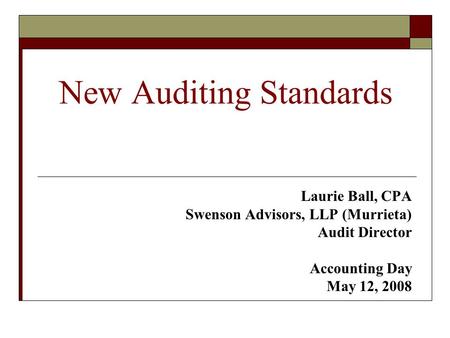