3 Quick Review Interwar Period Who is the leader of Italy during this time period? What type of government exists in Italy and Germany? What are Nuremburg Laws? How does Hitler come to power? What effect does the Great Depression have on Germany? How is the Soviet Union affected by the Great Depression? What is the Munich Conference? Describe the Mandate System. What is Stalin’s Great Purge? What is the purpose of the Five Year Plan?

4 Hitler and Blitzkrieg Hitler invades Poland to get back territory lost in World War I. Stalin signs non- aggression pact in August, 1939. –Hitler promised Stalin territory, including half of Poland. Blitzkrieg = lightning war.

6 The Phony War Seven months after the fall of Poland, very little fighting. German soldiers called it the “sitzkrieg.” France and Britain took the time to mobilize forces. It ends when Hitler launches an attack on Denmark and Norway.

7 The Fall of France June, 1940, Mussolini declares war on Britain and France. Paris falls on June 14 th, and France surrenders. Northern France is controlled by Nazis, and Southern France by a “Puppet Government” Charles de Gaulle flees to London, creates a resistance force to fight the Nazis.

10 Hitler invades the Soviet Union Hitler has Balkans’ allegiance in 1941. He invades Soviet Union in 1941. Blitzkrieg tactics work well until the Russians burn everything as they retreat. In an attempt to gain Moscow, they are forced into Russian Winter.

13 Review 1.Which event marks the beginning of World War II? 2.What is Blitzkrieg? 3.How does Hitler avoid a two-front war? 4.What happens after the fall of France? 5.What is the “phony war”? When did it occur? 6.How does Germany plan on attacking Britain? 7.What new technologies help Britain survive the attack? 8.What is the Lend-Lease Act? 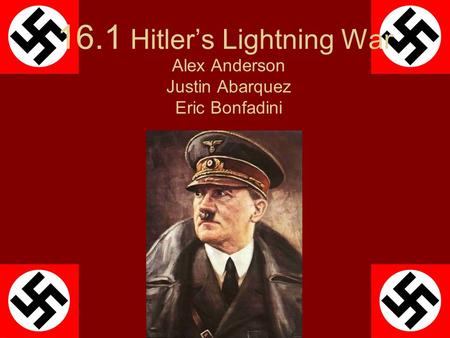 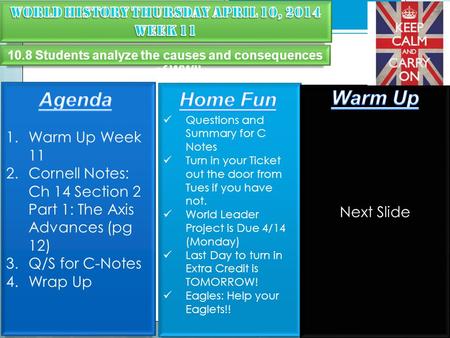 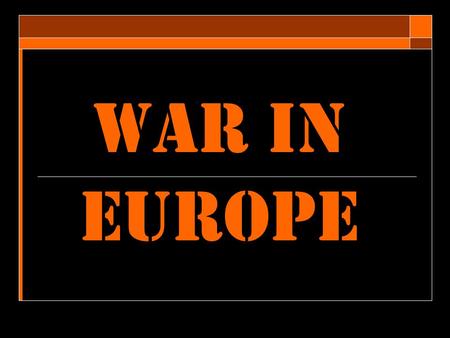