Presentation on theme: "Biomes A major biological community that occurs over a large area of land is called a biome. Seven major biomes cover most of the Earth’s land surface."— Presentation transcript:

2 Biomes A major biological community that occurs over a large area of land is called a biome. Seven major biomes cover most of the Earth’s land surface. Different biomes have characteristics of temperature and precipitation.

3 Tundra (Arctic) is an open, boggy biome
covers one-fifth of the Earth’s land surface has a low annual precipitation usually less than 10 inches water is unavailable most of the year because it is frozen permafrost (permanent ice) usually exists within 3 feet of the surface inhabitants include foxes, lemmings, owls, and caribou

4 Taiga (Subarctic) climates are cold and wet
is also called the coniferous forest extends across vast areas of Eurasia and North America contains primarily spruce and fir coniferous trees is one of the largest biomes on Earth winters are long and cold precipitation falls primarily in the summer contains many large mammals (elk, moose, deer, wolves, bears, lynxes, and wolverines)

5 (Temperate) Deciduous Forest
has a relatively mild climate and plentiful rain sheds its leaves in the fall grows in areas with relatively warm summers and cold winters has annual precipitation ranging from 30 – 100 inches covers much of the eastern US is home to deer, bears, beavers, raccoons, and many other familiar animals contains hard wood trees such as oak, hickory, and beech

6 (Temperate) Grassland
is also called a prairie has moderate climates halfway between the equator and the poles once covered much of the interior of North America is usually highly productive when converted to agriculture due to deep, fertile soil has herds of grazing animals like the bison

9 (Tropical) Rain Forest
is the richest biome in terms of number of species, having more than 2 million has 80 – 180 inches of rainfall per year has a high primary productivity even though they exist mainly on quite infertile soils

Download ppt "Biomes A major biological community that occurs over a large area of land is called a biome. Seven major biomes cover most of the Earth’s land surface." 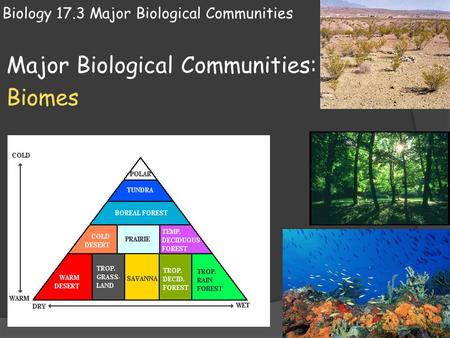 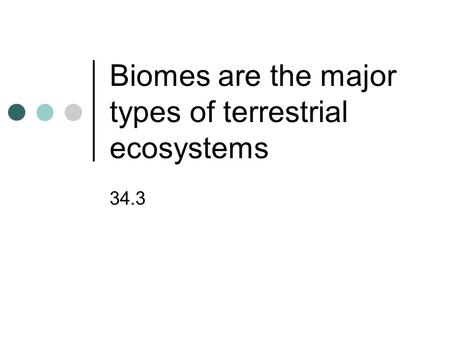 Biomes are the major types of terrestrial ecosystems 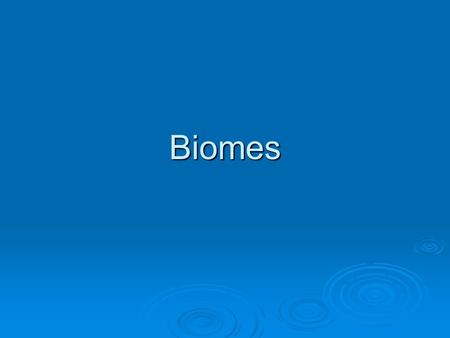 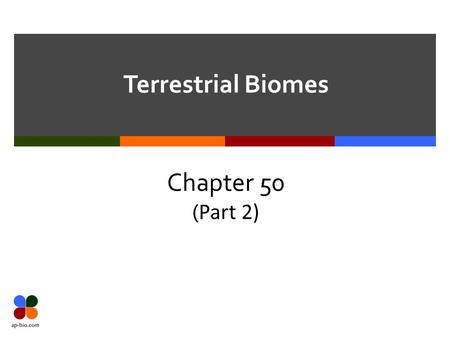 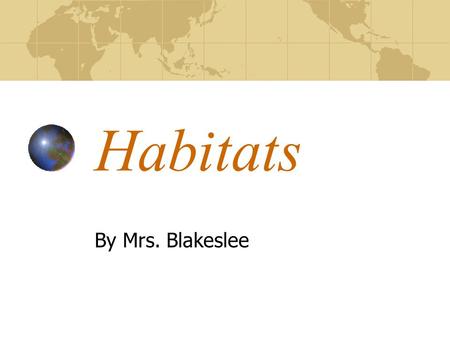 Habitats By Mrs. Blakeslee. Rainforest It rains inches per year in the tropical rainforest. Chimpanzees, gorillas, and loris’ live there. Tropical. 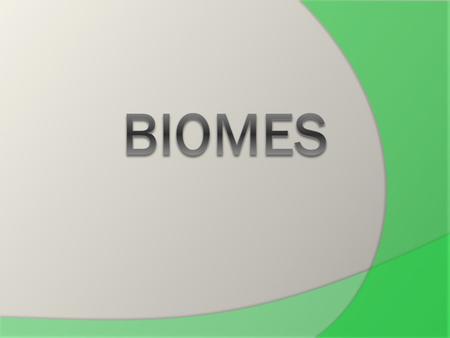 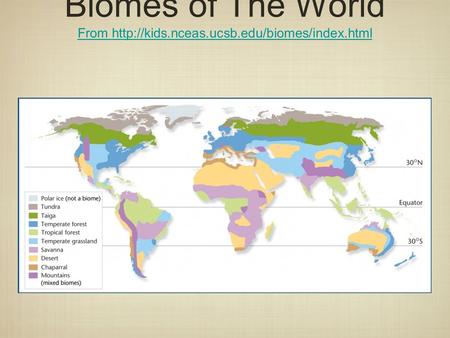 Biomes of The World From