4 Social/Occupational Dysfunction For a significant portion of the time since the onset of the disturbance, one or more major areas of functioning such as work, interpersonal relations, or self-care are markedly below the level achieved prior to the onset (or when the onset is in childhood or adolescence, failure to achieve expected level of interpersonal, academic, or occupational achievement.

5 Duration Continuous signs of the disturbance persist for at least 6 months. This 6-month period must include at least 1 month of symptoms (or less if successfully treated) that meet Criterion A (symptoms) and may include periods of prodromal or residual symptoms. During these prodromal or residual periods, the signs of the disturbance may be manifested by only negative symptoms or two or more symptoms listed in Criterion A (symptoms) in an attenuated form (e.g., odd beliefs, unusual perceptual experiences).

9 Prevalence and Incidence Prevalence estimates range from.5 % to 1 %. Incidence rates are estimated to be approximately 1 per 10,000 people per year. Onset generally occurs between late adolescence and late 20’s/early 30’s.

11 Criteria for MDE cont’d Insomnia or hypersomnia nearly every day Feelings of worthlessness or excessive or inappropriate guilt (which may be delusional) nearly every day (not merely self- reproach or guilt about being sick) Diminished ability to think or concentrate, or indecisiveness, nearly every day (either by subjective account or as observed by others) Recurrent thoughts of death (not just fear of dying), recurrent suicidal ideation without a specific plan, or a suicide attempt or a specific plan for committing suicide.

12 Major Depressive Disorder Single Episode Presence of a single MDE The MDE is not better accounted for by Schizoaffective disorder and is not superimposed on other psychotic disorders There has never been a manic episode, a Mixed Episode, or a Hypomanic Episode. Recurrent Presence of two or more MDE’s To be considered separate episodes, there must be an interval of at least 2 consecutive months in which criteria are not met for a MDE. Bullets 2 and 3 from Single Episode apply here as well.

15 Causes Signs of biochemistry abnormalities (neurotransmission interruptions) Can have a genetic predisposition of the illness but may not develop unless environmental factors are present.

16 Dysthymia Diagnostic Criteria for Dysthymic disorder Depressed mood for most of the day, for more days than not, as indicated either by subjective account or observation by others, for at least 2 years. Presence, while depressed, of two or more of the following: Poor appetite or overeating Insomnia or hypersomnia Low energy or fatigue Low self-esteem Poor concentration or difficulty making decisions Feelings of hopelessness No MDE Irritability Loss of ability to experience pleasure 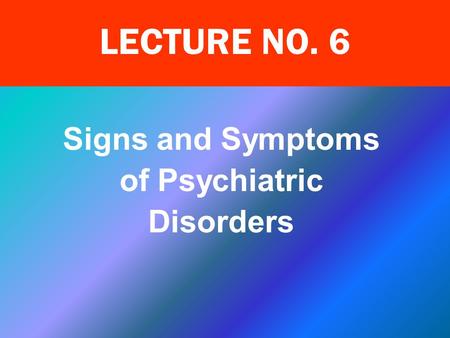 Signs and Symptoms of Psychiatric Disorders LECTURE NO. 6. 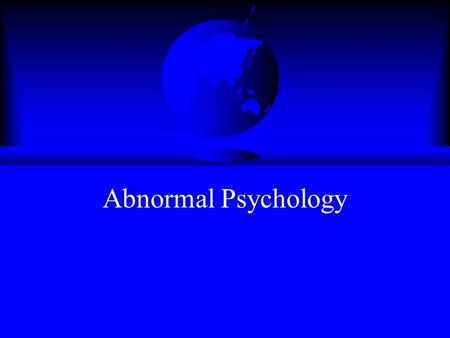 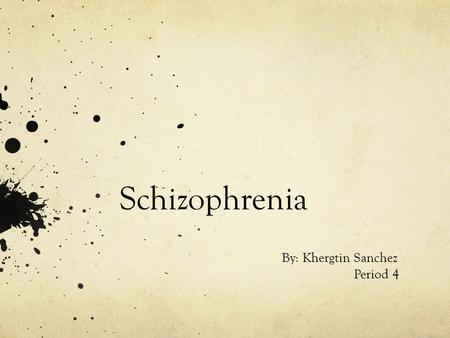 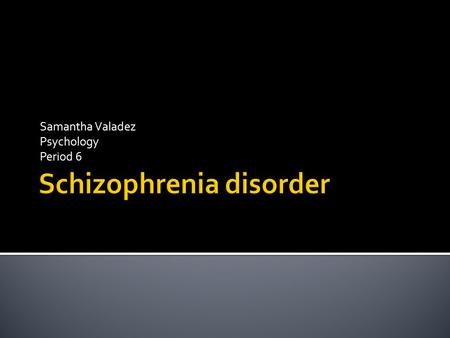 Samantha Valadez Psychology Period 6.  Schizophrenia Disorder: is a disorder with a range of symptoms involving disturbances in content of thought, form. 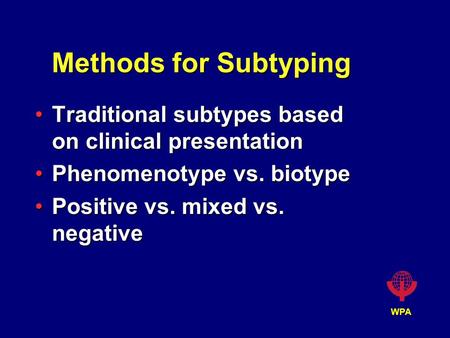 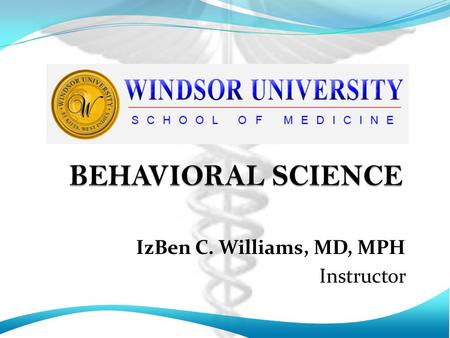 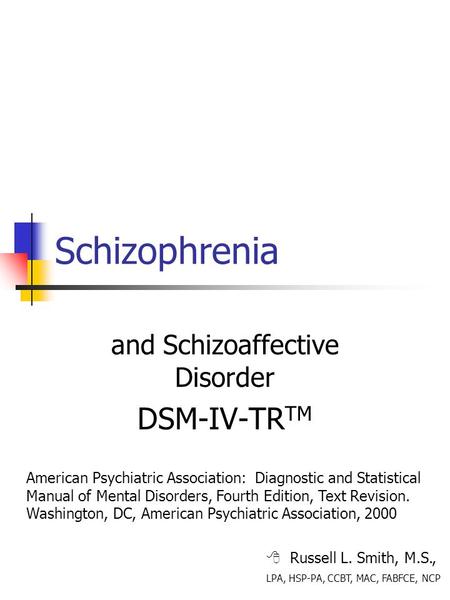 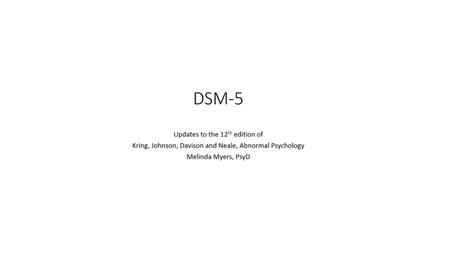 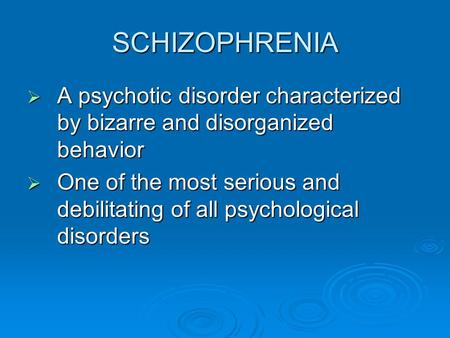 SCHIZOPHRENIA  A psychotic disorder characterized by bizarre and disorganized behavior  One of the most serious and debilitating of all psychological.