2 Geologic Time Scale The changes that have occurred in Earth’s history are recorded on a time line called the geologic time scale. Each division is on the time scale is determined by the presence and then absence of index fossils.

4 Geologic Time Scale An index fossil is the remains of a species that existed over vast regions of Earth for a short period of time. Special criteria are used to identify index fossils.

8 Geologic Time Scale Next is the Phanerozoic Eon, which is divided into three eras:

13 Geologic Time Scale The Quaternary Period began 1.8 million years ago and is divided into 2 epochs: Pleistocene Epoch (ended about 8,000 years ago) Holocene Epoch (what we are in now).

14 Mass Extinctions Mass extinction is the dying off of many species at one time. A greater abundance of fossils in one rock layer compared to other layers indicates a mass extinction.

15 Mass Extinctions Mass extinctions happen over a great span of time.
99% of all species are now extinct.

16 Mass Extinctions A catastrophic event causes drastic change in the numbers of organisms of species over a short period in geologic time. Types of events that can cause mass extinction include changes in climate, volcanic eruptions, and asteroid impacts.

17 Climate Change There is evidence that some mass extinctions were caused by sudden climate change. Species that cannot survive a change in climate become extinct. Climate change can be caused by volcanic eruptions or asteroid impacts, and can result in global warming or cooling. Coral core samples

18 Climate Change Greenhouse gases (such as carbon dioxide) in the atmosphere may contribute to global warming, which is a global increase in atmospheric temperature. Global warming causes a decrease in oxygen levels in water, and an increase in sea levels. May have been the cause for the Devonian mass extinction

20 Volcanoes Eruptions can be explosive or non-explosive.
The dust, ash, lava, and gas emitted from volcanic eruptions can affect climate and organisms. A volcanic eruption is one hypothesis proposed to explain the mass extinction at the end of the Cretaceous period. Mount Redoubt, Alaska

21 Volcanoes Non-explosive floods of molten basalt emit the largest volume of matter of any eruptions. Geologic evidence shows that large basalt flows occurred during the Permian and Cretaceous mass extinctions.

23 Volcanoes Next, global cooling occurs over months to tens of years.
Over the next tens to thousands of years, heat is trapped in the atmosphere, and global temperatures increase.

24 Asteroid Impact Scientists believe a 10 km-wide (6.2 mi) asteroid impact in Mexico may have contributed to the Cretaceous mass extinction.

25 Asteroid Impact Scientists propose that this impact sent enough dust and materials into the atmosphere to block sunlight. Global cooling after the impact turned to global warming as carbon dioxide was released from burning plants.

28 8.1 Geologic Time and Mass Extinctions
What is the likely immediate outcome of an explosive volcanic eruption that sends dust into the atmosphere? A global warming B global cooling C basalt flows D volcanic haze

30 Which is not an effect of an asteroid impact?
A sunlight blocked by dust B basalt flows causing a complex sequence of events C carbon dioxide causing global warming D the death of primary producers causing mass extinctions 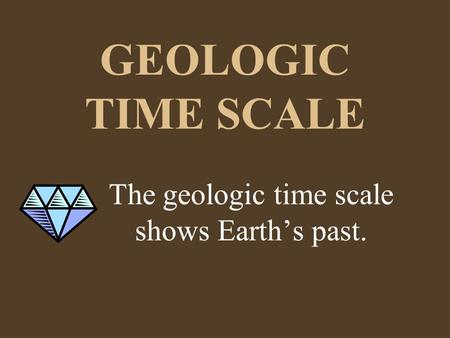 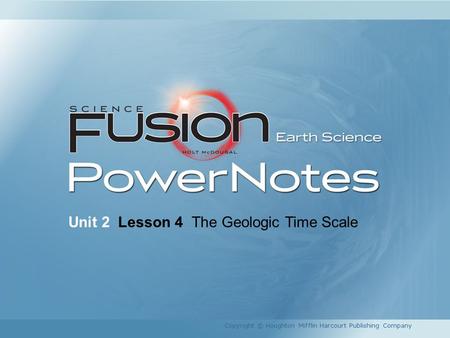 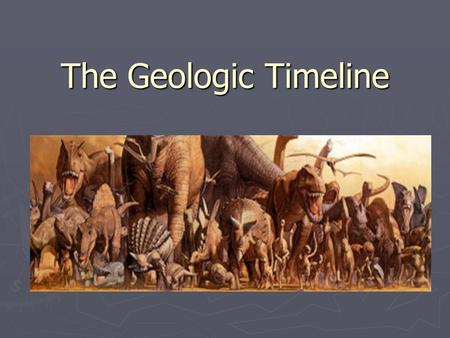 The Geologic Timeline. Geologic Time Scale ► The division of Earth’s history is divided into units of time, based on the fossil records contained in the. 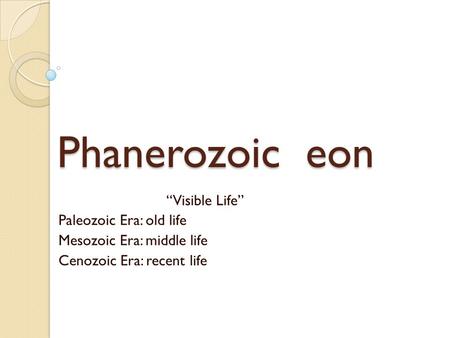 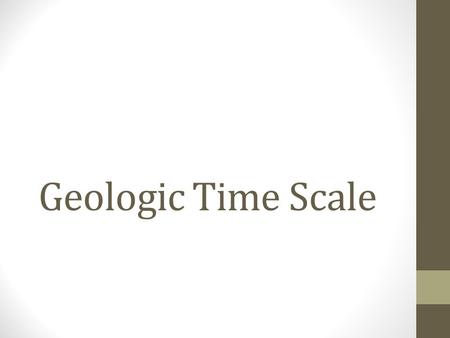 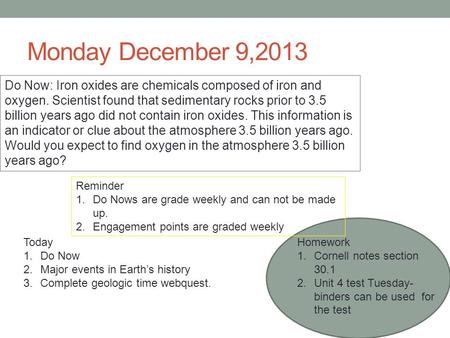 Monday December 9,2013 Do Now: Iron oxides are chemicals composed of iron and oxygen. Scientist found that sedimentary rocks prior to 3.5 billion years. 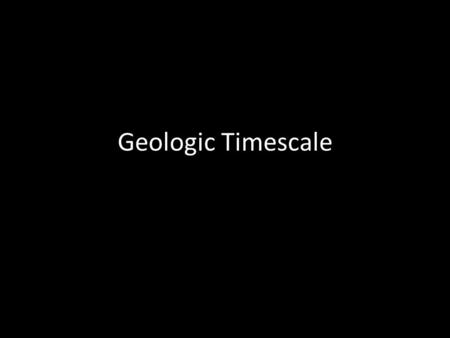 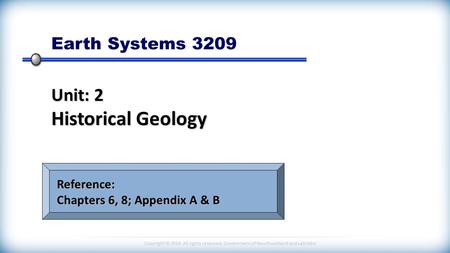 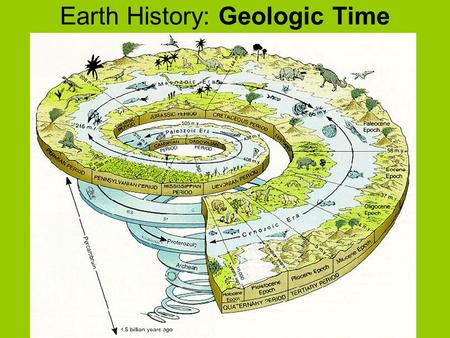 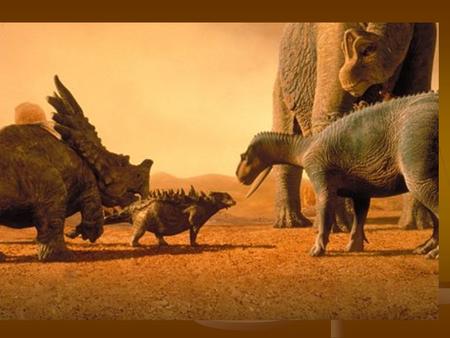 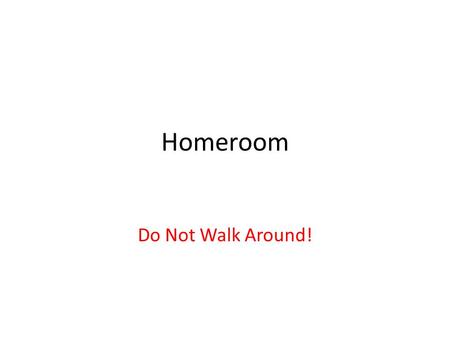 Homeroom Do Not Walk Around!. Warm-up-pg. 22-Dinosaur Extinction Theories Draw a cartoon geologic time scale that includes the following: Precambrian. 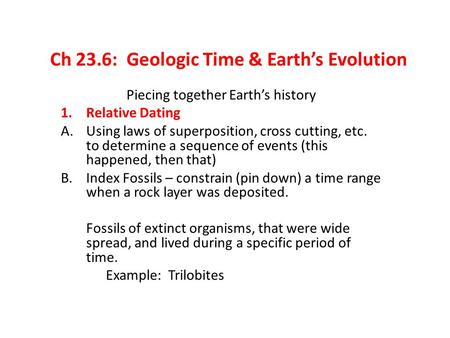 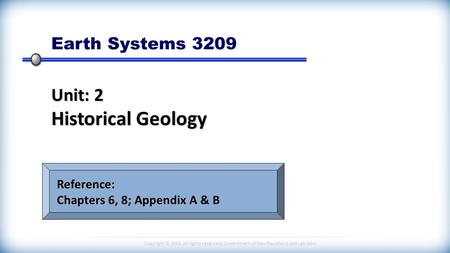 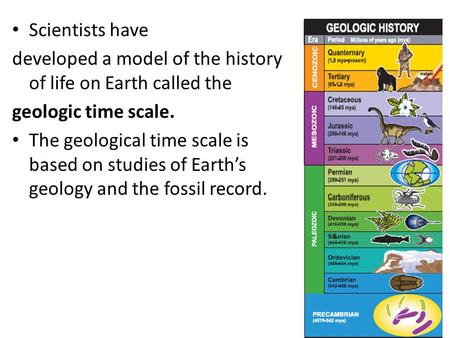 Scientists have developed a model of the history of life on Earth called the geologic time scale. The geological time scale is based on studies of Earth’s. 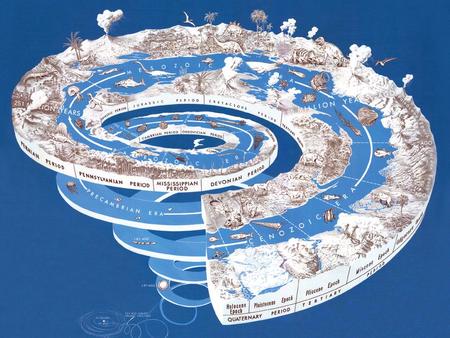 What is the Earth’s time scale? The Geological time scale is a record of the life forms and geological events in Earth’s history. Scientists developed. 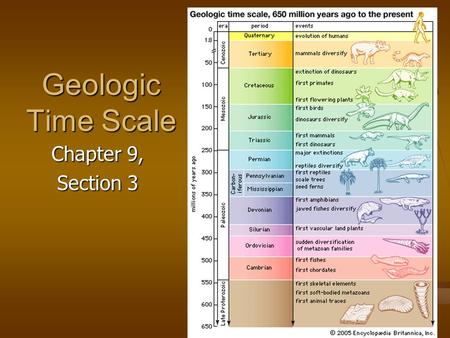 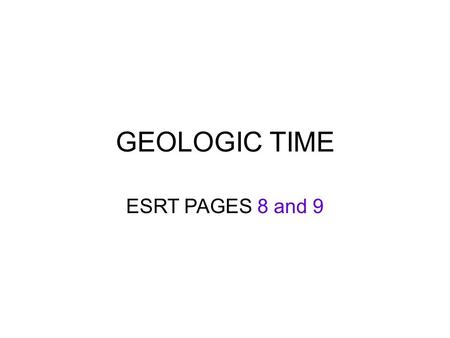 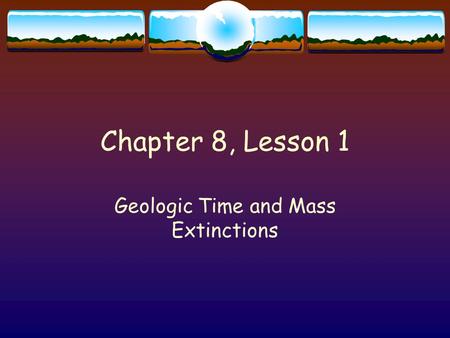 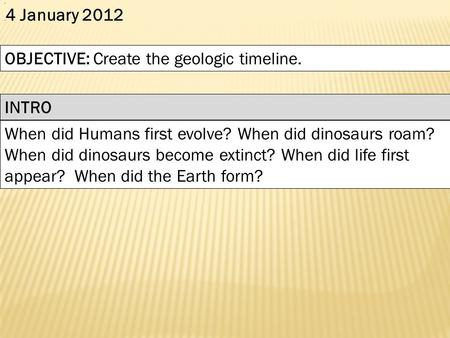 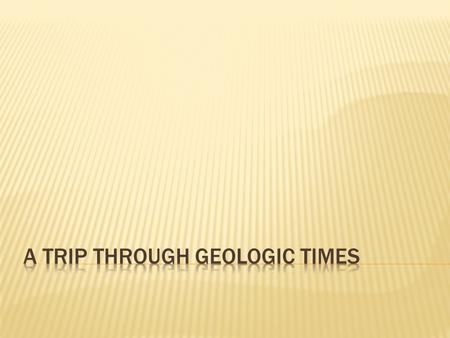  Fossils are preserved remains or traces of living things  Most fossils form when living things die and are buried by sediments. The sediments slowly.