2 Statin therapy post-MI Previous statin trials have excluded patients who were within the first several months after acute coronary syndromes. No outcome data are available for the use of statins in this several month “window”. One theoretical risk of early statin therapy is that of plaque destabilization during the remodelling process. MIRACL

3 Design 3000 patients following an acute coronary event were randomized to either 80 mg atorvastatin or placebo for a period of 3 months. The primary endpoint was a composite of death, MI, and refractory recurrent ischemia requiring hospitalization. The study was originally powered to detect a 25% difference between atorvastatin and placebo in the primary endpoint. MIRACL

5 Clinical implications This trial confirms that it’s safe to begin treating patients with higher LDL cholesterol levels as soon as possible after an acute coronary event. The indications for treating a low LDL at the time of admission remain unclear, however. Benefit from statin therapy may also be directly related to the presence of a high C- reactive protein (CRP) level and the presence of oxidized LDL. MIRACL

6 Additional points To date, there has not been a trial of atorvastatin showing a reduction in mortality. A trial comparing pravastatin and atorvastatin after acute coronary syndromes is now underway. The “class effect” of statins, ACE inhibitors, and other agents is becoming an increasingly important question in clinical trials. MIRACL

7 Patient population This study included 5010 patients from 300 centers in the US and Europe. Most patients were in NYHA class II (61.7%) or III (36.2%) at baseline. The ratio of men to women was about 4:1. 90% of patients enrolled were white. 93% of patients were on ACE inhibitors and 35% were on beta-blockers at the time of enrollment. Val-HeFT

8 Design Patients were randomized to either placebo or valsartan (beginning at 40 mg BID and titrating up to 160 mg BID). Primary endpoints included all-cause mortality (time to death) and combined all- cause mortality and morbidity. The latter endpoint comprised all-cause mortality, hospitalization for heart failure, resuscitated sudden death, and the need for therapeutic doses of an IV inotropic or vasodilating agent for at least 4 hours. Val-HeFT

10 Results Quality of life was better in those patients taking valsartan compared to placebo. Most of the reduction in morbidity occurred in hospitalizations for heart failure, and in patients who weren’t taking ACE inhibitors at enrollment (45% reduction). A trend toward a negative effect was seen in patients on valsartan who were also taking both beta-blockers and ACE inhibitors. Val-HeFT

11 Clinical implications This study confirms that ACE intolerant patients with heart failure should be on an angiotensin receptor blocker (ARB). Caution is warranted when adding an ARB to patients who are already taking both an ACE inhibitor and beta-blockers. This cannot be advocated as the standard of practice. Beta-blockers are not being used to treat heart failure in clinical practice to the extent that they should be. Val-HeFT

12 Additional trial comparisons In ELITE-2, which looked at a different ARB, those patients on beta-blockers appeared to do worse on the ARB compared to those who were not on the beta-blockers. This situation is not analogous to Val-HeFT, because the group that did poorly in Val- HeFT was on the combination ARB, ACE inhibitor and beta-blocker. The VALIANT (N14 500) and CHARM (N7000) trials should clarify this issue. Val-HeFT

13 The individual perspective Vice-Presidential candidate Dick Cheney is status post acute-MI and has an ejection fraction of 40%. Original reports prior to his most recent MI suggested that Mr Cheney had been taking only aspirin and a statin agent. He should now be on both a beta-blocker and an ACE inhibitor. One physician has even suggested that Mr Cheney should be carrying an automatic external defibrillator. 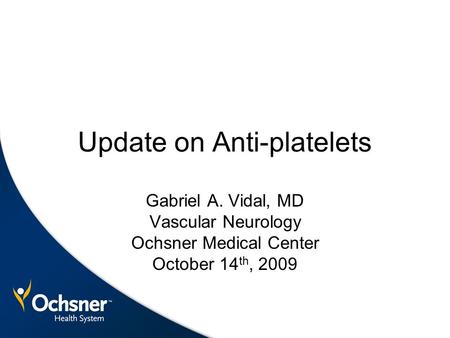 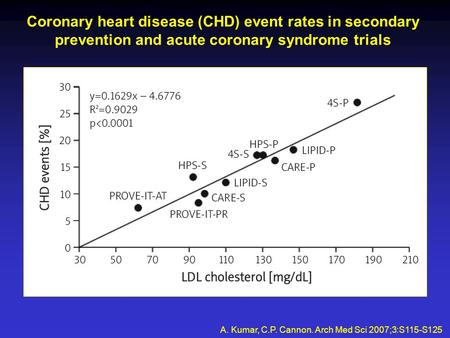 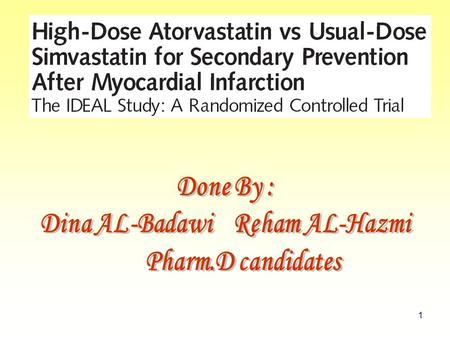 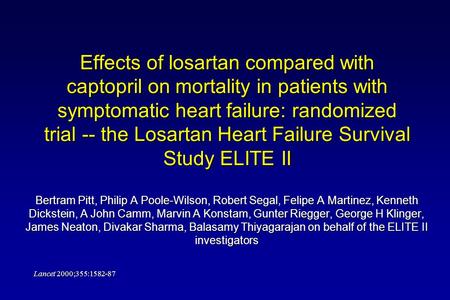 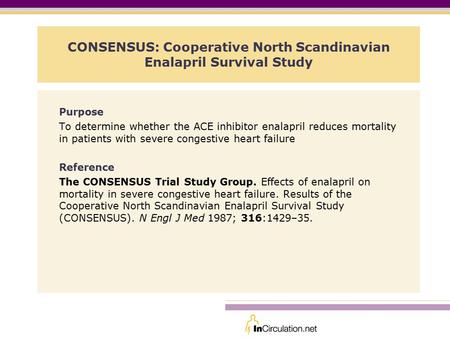 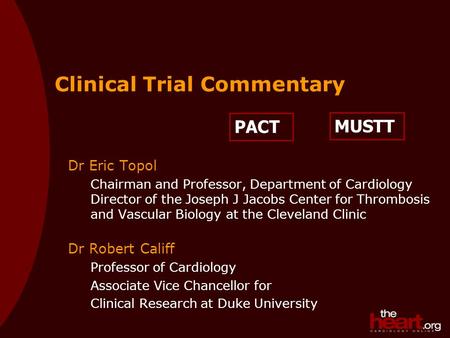 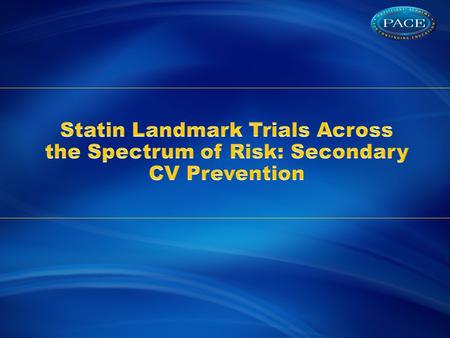 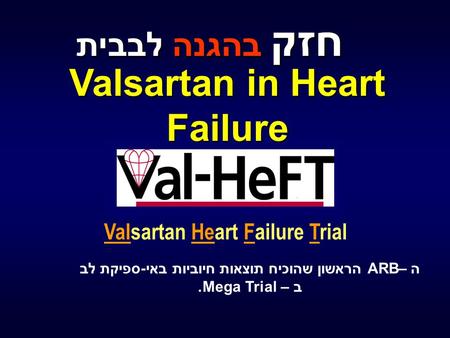 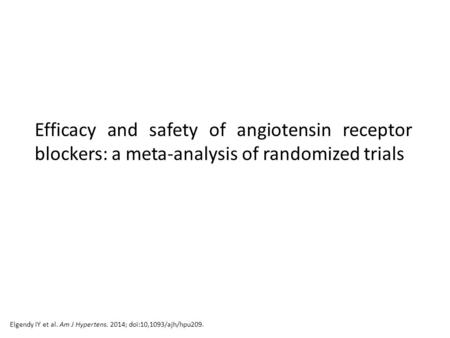 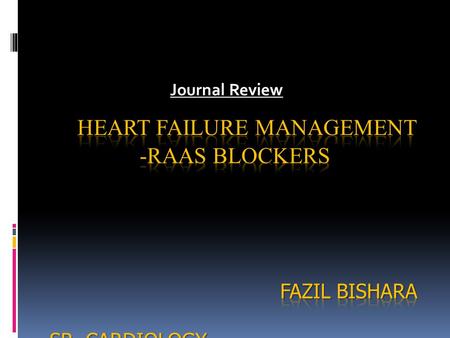 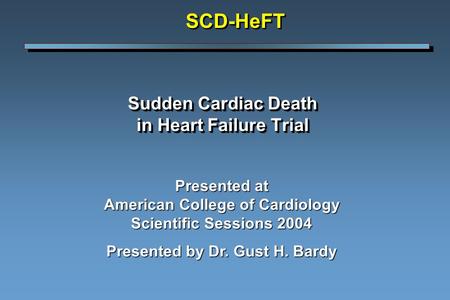 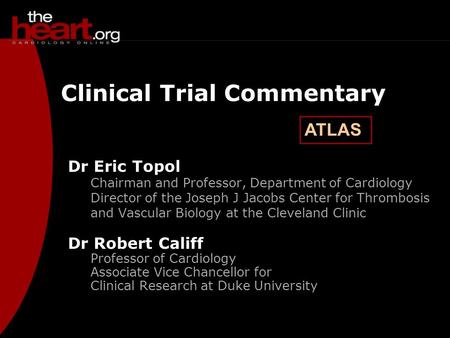 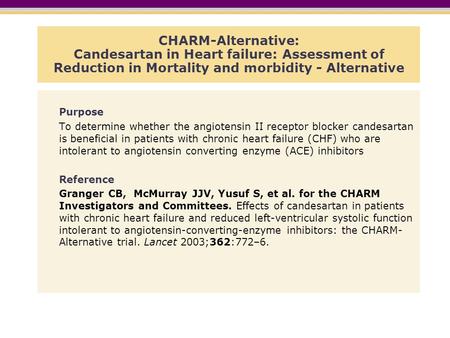 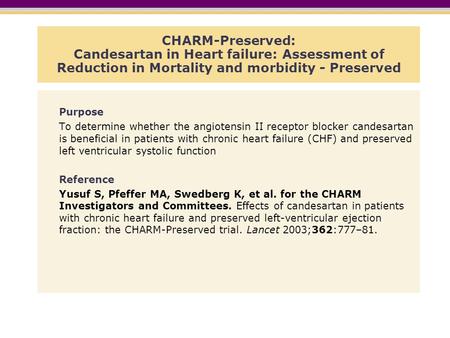 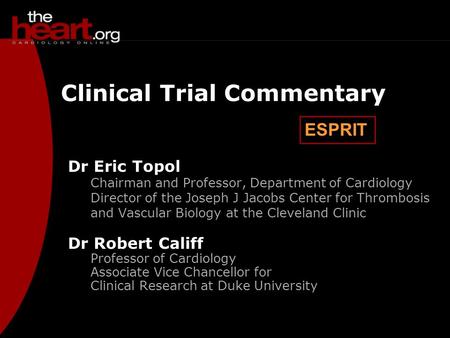 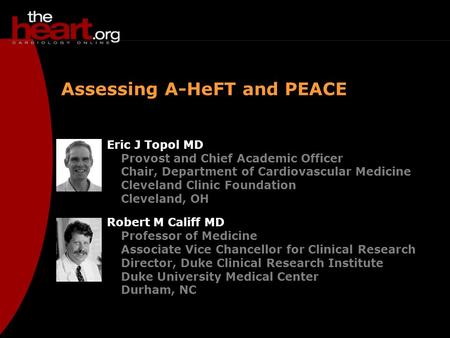 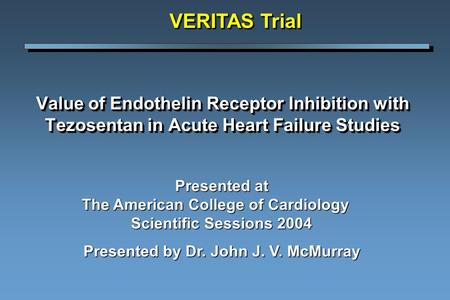 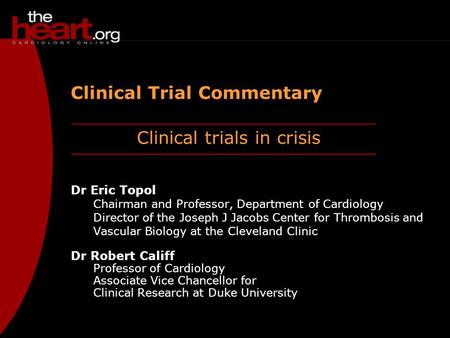