3 What is homology? Owen 1843: “the same organ in different animals under every variety of form and function” Huxley (post Darwin): homology evidence of evolution Similarity is due to descent from a common ancestor

4 What is homology? Homology is a statement about shared ancestry
Two things either share a common ancestor (are homologous) or do not

12 Orthology/paralogy is somewhat relative
Depends on the depth of duplication relative to common ancestry “Co-orthologs”: paralogs formed in a lineage after speciation, relative to other lineages (Koonin 2005)

20 Orthology & paralogy can get quite complicated when multiple duplications happened at different moments in time Gene loss & HGT can always confound – one often has to rely on external evidence to recreate speciation E.g., other genes not thought to be horizontally transferred, average signal of multiple genes

21 Discuss: how are these genes related to each other? Three possibilities
Species 1 Species 2 Species 3

24 BLAST Standard method to identify homologous sequences
Not for comparing two sequences directly; use NEEDLE instead for this (global vs. local alignment methods) Requires database to query sequence against Probably the most common scientific experiment

35 BLAST: Step 2 Use substitution matrix to find synonymous words about some scoring threshold

36 BLAST: Step 3 Find matching words in the database
Extend word matches between query and matching sequence in both directions until extension score drops below threshold First without gaps

39 Questions: Why do gap opening and extension penalties differ?
Why is BLAST a local aligner vs. global

43 E-values What is the likelihood that the sequence similarity is due to chance vs. actual homology? Larger databases are more likely to include chance matches 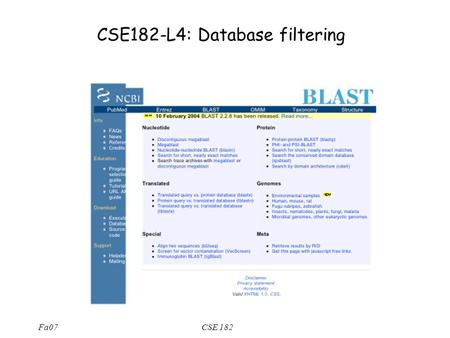 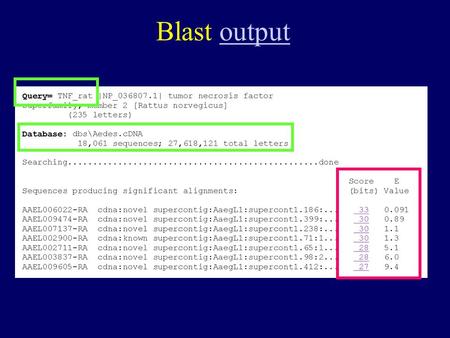 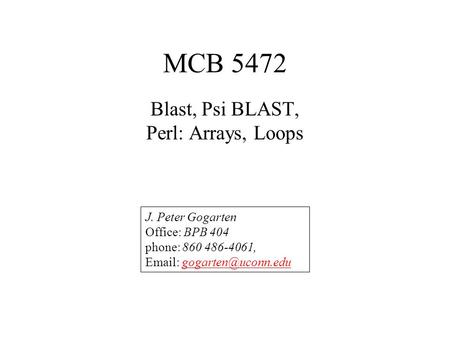 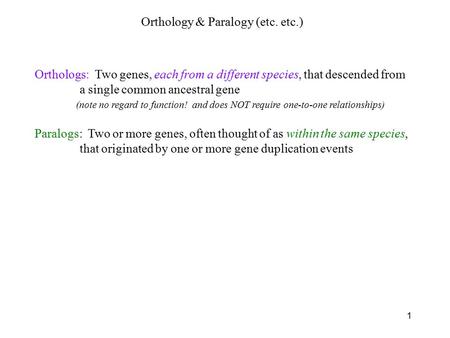 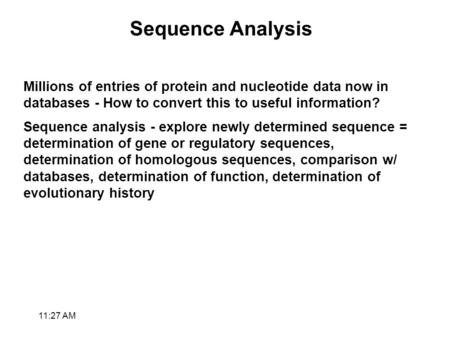 Sequence Analysis Millions of entries of protein and nucleotide data now in databases - How to convert this to useful information? Sequence analysis - 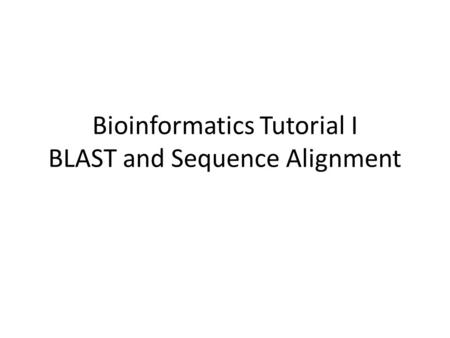 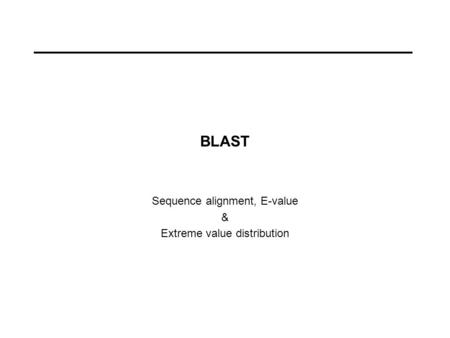 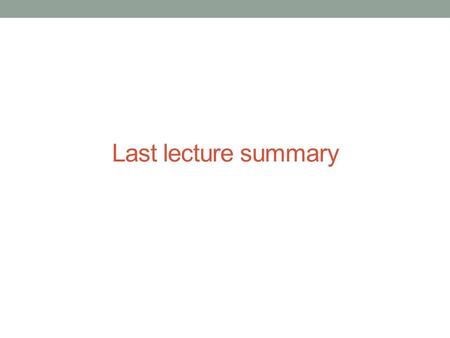 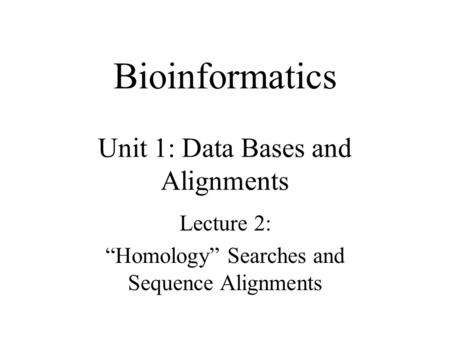 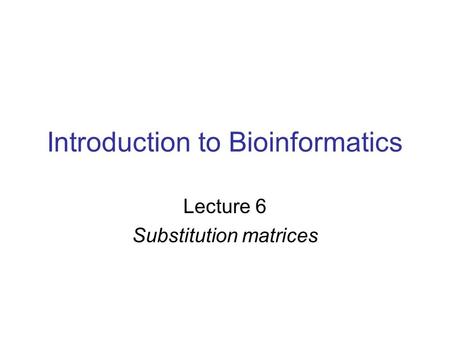 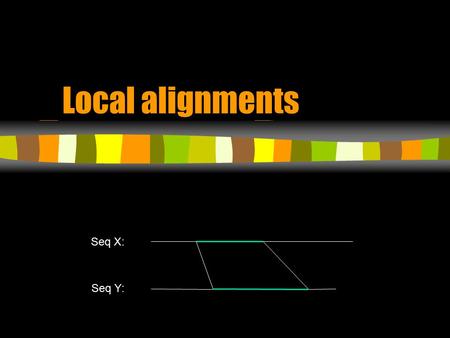 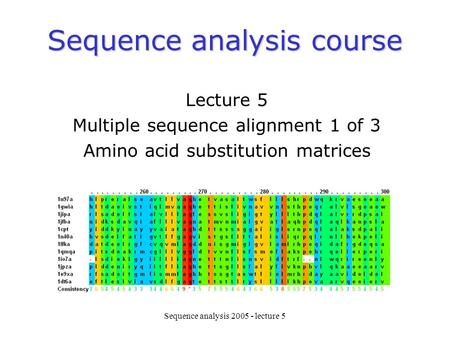 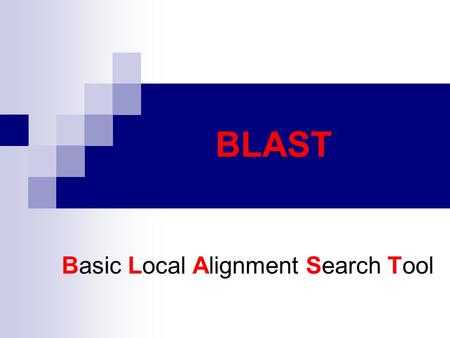 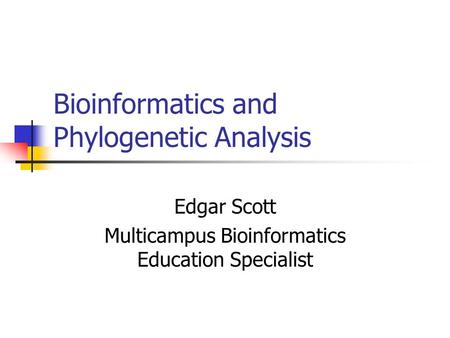 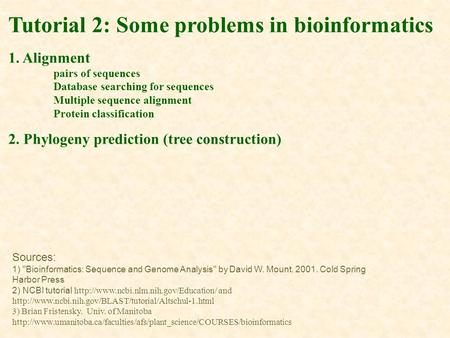 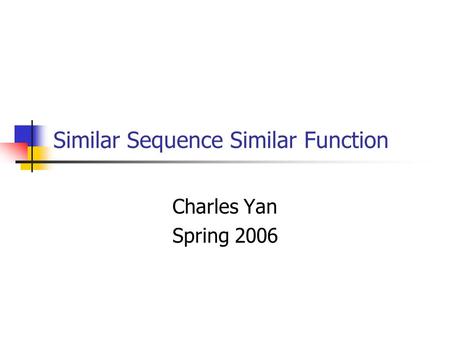 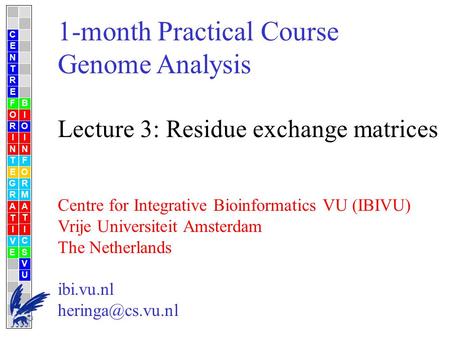 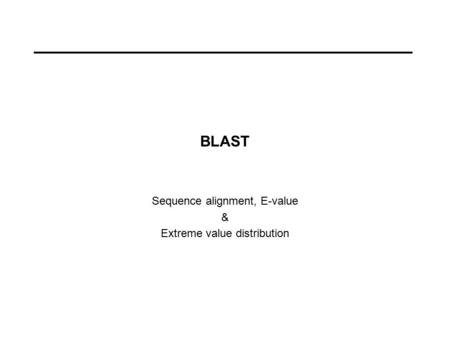