3 Anticipatory Set In Chapter 11 we learned how China reacted to the Era of Warring States. Now we will learn how China was reunited under a single ruling group…

4 Standards H-SS 6.6.5 – List the policies and achievements of the emperor Shi Huangdi in unifying northern China under the Qin dynasty

5 The Big Idea Qin armies united China and founded a new dynasty. Qin ruler Shi Huangdi expanded and unified China into one people under one government.

7 Input: Shi Huangdi Unites China During the Era of the Warring States, many leaders tried to unify China. But geography and opposition from rival warlords made it difficult to unite the country under one rule. Despite these challenges, one kingdom did finally succeed in uniting China. Its leader founded the ruling family known as the Qin Dynasty.

8 The Rise of Qin  Conflicts between warring states divided China for more than 200 years!  By the end of this several powerful kingdoms had emerged  Qin was the most powerful

15 A Legalist Government  To prevent rebellion, Shi Huangdi forced thousands of noble families to relocate to the capital city

20 The Fall of the Qin Dynasty  In 210 B.C., Emperor Shi Huangdi died  His dynasty collapsed three years later  Was undone by the harshness of its laws

21 The Fall of the Qin Dynasty  Rebellion was sparked by a soldier named Chen Sheng  Rebels joined together to overthrow the Qin Dynasty  Then began fighting amongst themselves, and China slide back into chaos…

23 Check for Understanding Which Dynasty unified China? What was its undoing? 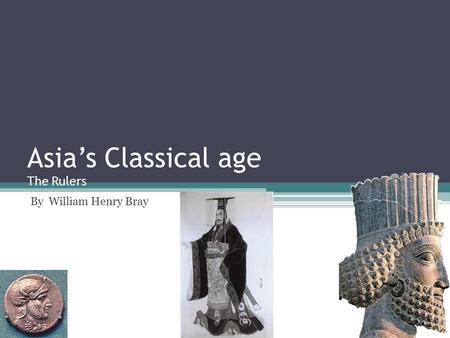