2 FOCUS QUESTION How did the Radical Republicans’ plans for Reconstruction differ from Lincoln’s and Johnson’s? Radical Republicans wanted to punish the South for slavery and the war itself. Both Lincoln and Johnson wanted the southern states to be brought back into the Union quickly, using less punitive measures. The issues and results of Reconstruction had consequences for generations to come.

3 THE SOUTH DESTROYED When the war ended, the South was in ruins.
homes were burned businesses closed properties abandoned freed African Americans lacked full citizenship and the means to make a living

4 RECONSTRUCTION PLAN to help the South rejoin the Union
to rebuild the South’s shattered economy to create laws to protect freed African Americans A plan of Reconstruction for the South was formed.

5 CONFLICTING OPINIONS To many Americans, the most important issue was deciding the fate of the Confederate states. There were conflicting opinions. Try Confederate leaders for treason. Pardon Confederate leaders to begin healing immediately. The President should lead the process. Congress should lead Reconstruction. States should satisfy certain stipulations before rejoining. States should be allowed to rejoin with as few conditions as possible. 5

6 THE ISSUE OF LAND OWNERSHIP
With the South’s economy destroyed, land became the most valuable asset; who should control it was hotly debated. Forty acres and a mule Southern landowners fought government redistribution of their land. Many northerners felt the confiscation of property violated the Constitution. Some northerners proposed the federal government should redistribute the land to former slaves. The plan sought to revitalize the South’s economy and provide income for African Americans.

7 AFRICAN AMERICANS African Americans were free from slavery but their rights were not guaranteed. did not have full citizenship could not vote did not have access to education

8 Lincoln’s Ten Percent Plan
CONFLICTING PLANS Lincoln and the Radical Republicans in Congress were at odds in their proposals to rebuild the South. Lincoln’s Ten Percent Plan Wade-Davis Bill 10 percent of state’s voters needed to take a loyalty oath a state’s new constitution must have abolished slavery required a majority of state’s prewar voters swear loyalty to the Union required guarantees of African American equality vetoed by Congress passed by Congress, pocket vetoed by Lincoln

9 FREEDMEN’S BUREAU Lincoln and the Radical Republicans agreed to establish the Freedmen’s Bureau. The newly-formed organization helped feed, clothe, and educate blacks and whites in the South.

10 JOHNSON TAKES OVER After Lincoln’s death, President Andrew Johnson wanted to restore the status of the southern states. He pardoned those who swore allegiance to the Union and the Constitution. Each Southern state needed to ratify the Thirteenth Amendment.

11 SOUTHERN RESISTANCE By December 1865, most southern states had met Johnson’s requirements for readmission to the Union. All southern states instituted black codes. Many states specifically limited the vote to white men. Some states sent Confederate officials to Congress. During the required state conventions, however, southern states tried to rebuild their prewar world. 11

13 ANSWER TO SOUTHERN RESISTANCE
The South’s disregard of Reconstruction efforts angered moderates and Radical Republicans. In response, Congress passed new legislation over President Johnson’s veto. The legislation included: the Civil Rights Act of 1866. the Fourteenth Amendment. the division of the South into five military districts. 13

14 THE 14TH AMENDMENT The Fourteenth Amendment, 1868
Equality under the law for all citizens States that refused to allow black people to vote would risk losing seats in the House of Representatives Confederate officials could not hold federal or state offices

15 JOHNSON IMPEACHED President Johnson continued to veto and work against congressional legislation. Eventually the House voted to impeach Johnson. Johnson’s opponents failed by one Senate vote to remove him from office. 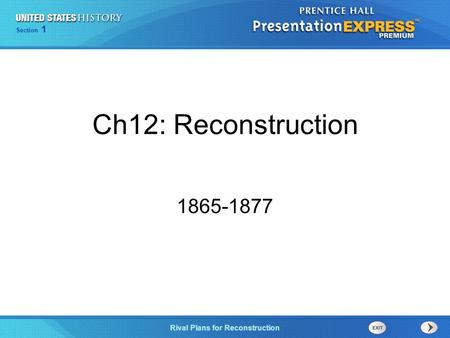 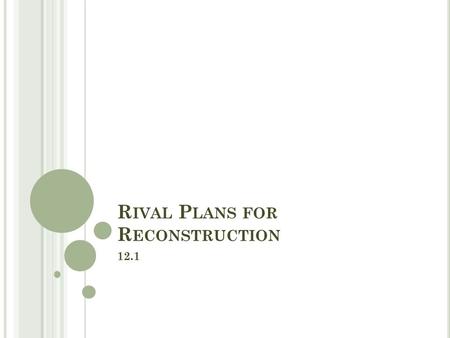 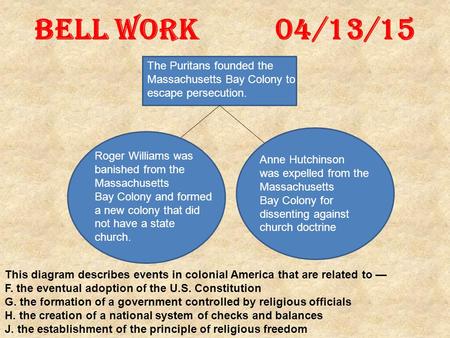 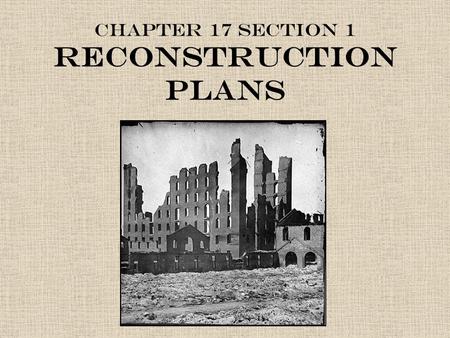 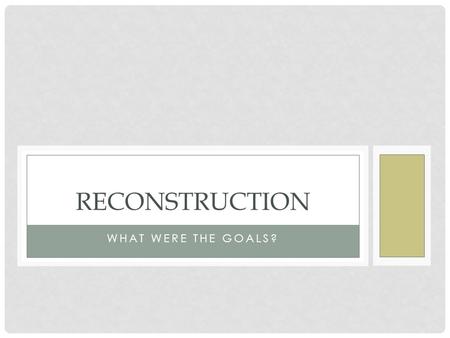 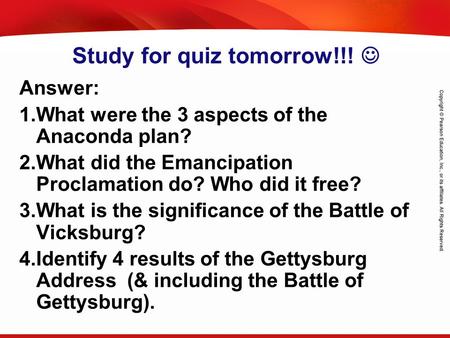 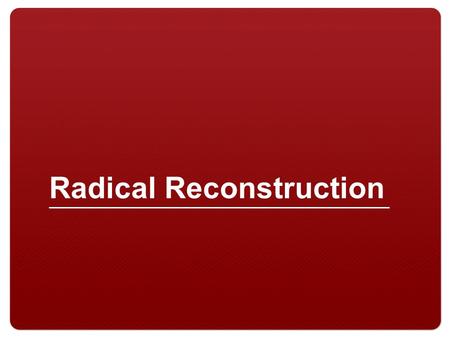