3 Because of its northern location; most of its coast lies along waters that are frozen for much of the year.

5 2-As a result, Russia has few seaports that are free of ice year-round.

7 3-Through the Black Sea in the southwest, though, Russian ships have a warm-water route to the Mediterranean Sea.

8 4-Most of European Russia lies on the Northern European Plain; list 5 facts about this area

9 Fertile Russia’s mildest climate About 75% of Russians live here Moscow, the capital and St. Petersburg, a large port city near the Baltic Sea are located in this region It contains much of Russia’s agriculture and industry

11 5-Good farmland lies further south along the Volga and other rivers. This area consists of a nearly treeless grassy plain.

13 6-To the far south of European Russia are the rugged Caucasus Mountains. Located near a fault line, the Caucasus area is prone to destructive earthquakes.

15 7-East of the Urals is Asian Russia, which includes Siberia. Northern Siberia has one of the coldest climates in the world.

18 9-How do the people of northern Siberia make their living?

21 10-To the south of the northern plains area is a region of dense forests where people make their living by lumbering or hunting. Plains, plateaus and mountain ranges cover the southern part of Siberia

23 1-Far eastern part of Russia 2-Mountainous 3-Part of the Ring of Fire [ many volcanoes and earthquakes occur around the edge of the Pacific Ocean..... plates do not meet head on, but move alongside each other...this movement makes cracks called faults: cause earthquakes.] 4-Region along the rim of the Pacific Ocean where tectonic plates meet and cause the Earth’s crust to be unstable: causes Kamchatka to have many volcanoes

24 12-What is the major river in European Russia?

26 13-What three rivers are located in Siberia?

29 14- a-Where is the Caspian Sea located? Southwestern Russia b-List 3 facts about the Caspian Sea 1-Largest inland body of water in the world Saltwater lake 2-Important resource for fishing 3-Major oil and gas deposits are found near of under it.

32 16-Russia is rich in natural resources. It is a leader in reserves of fossil fuels. What are fossil fuels?

35 17-Russia also has major deposits of iron ore, which the Russians have used to develop a large steel industry.

37 18-Russia’s other great resource is timber. Trees cover much of Siberia, and Russia produces about a fifth of the world’s softwood. This wood from evergreen trees is used in buildings and for making furniture.

38 19-What inhibits Russians to use its many resources?

39 Its large size and cold climate.

41 20-Siberia’s lack of infrastructure make it difficult to use its resources. Define: infrastructure. System of roads and railroads for transporting materials.

42 21-Explain how the climate of Siberia makes it difficult to use its resources.

43 The cold climate means that workers have to keep their equipment from freezing Some advances in technology have made it easier to collect its resources. A pipeline now carries natural gas from Siberia to Europe. 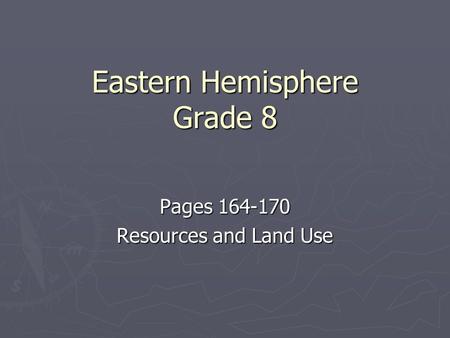 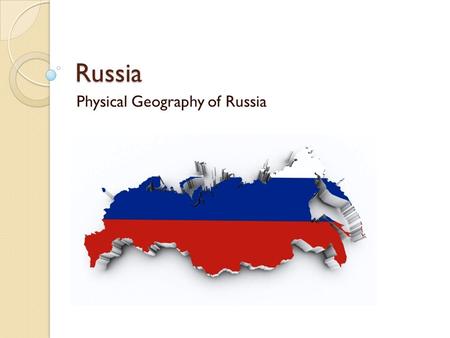