6 Medically Important Alcohols Methanol is a toxic alcohol that is used as a solvent. Ethanol is the alcohol consumed in beer, wine, and distilled liquors. Isopropanol is used as a disinfectant. Ethylene glycol is used as antifreeze. Glycerol is used in cosmetics and pharmaceuticals.

7 Classification of Alcohols Alcohols can be classified as primary, secondary, or tertiary depending upon the number of alkyl groups attached to the carbinol carbon (the carbon bearing the hydroxyl group).

8 Preparation of Alcohols Alcohols can be prepared by the hydration of alkenes or the reduction of aldehydes and ketones.

14 Phenols Phenols are compounds in which the hydroxyl group is attached to a benzene ring. The have the general formula Ar-OH. Many phenols are important as antiseptics and disinfectants.

16 Ethers Ethers are characterized by the R-O-R functional group. They are generally non-reactive, but are extremely flammable. Diethyl ether was the first general antiseptic used in medicine. It has been replaced by Penthrane and Enthrane, which are less flammable.

18 Thiols Thiols are characterized by the sulfhydryl group (-SH). The amino acid cycteine is a thiol that is extremely important for maintaining the correct shapes of proteins. Coenzyme A is a thiol that serves as a carrier of acetyl groups in biochemical reactions. 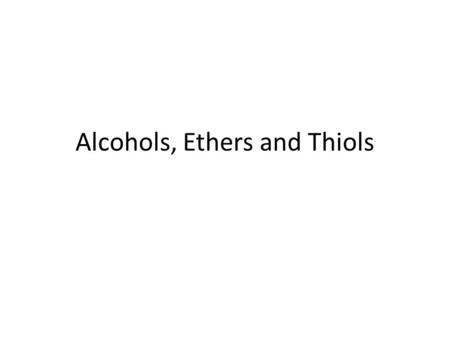 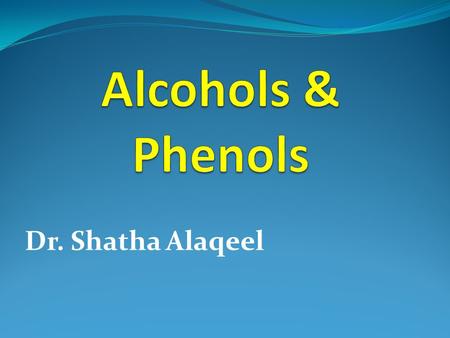 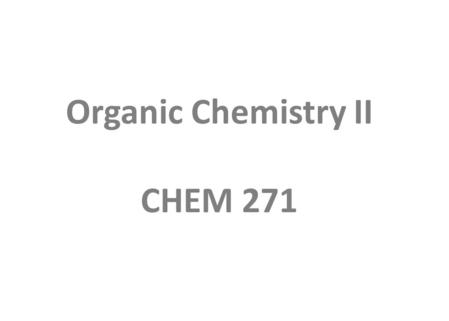 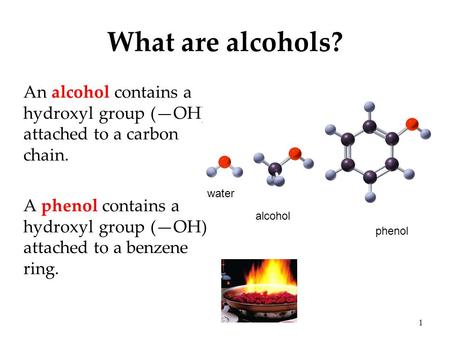 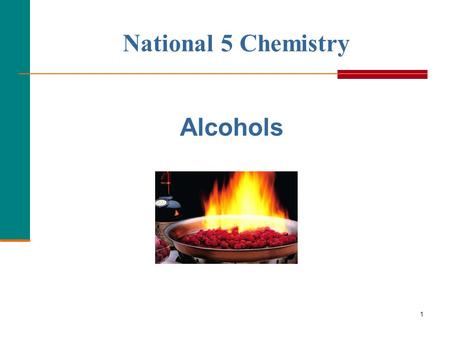 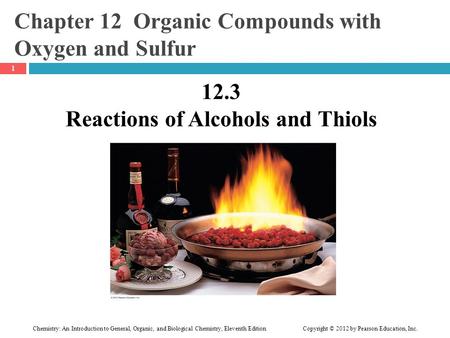 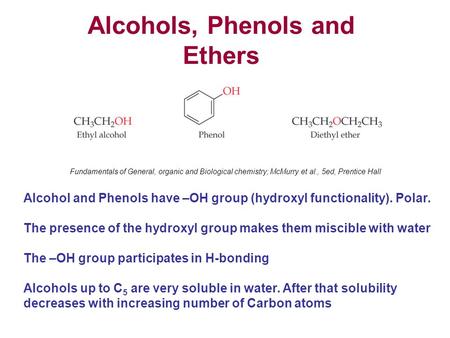 Alcohols, Phenols and Ethers Alcohol and Phenols have –OH group (hydroxyl functionality). Polar. The presence of the hydroxyl group makes them miscible. 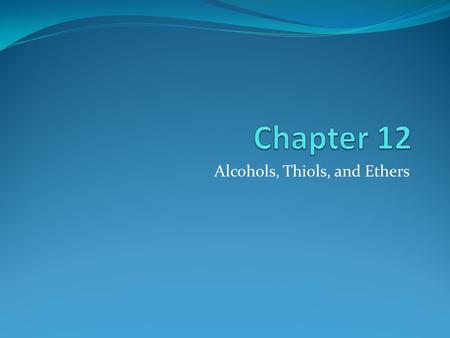 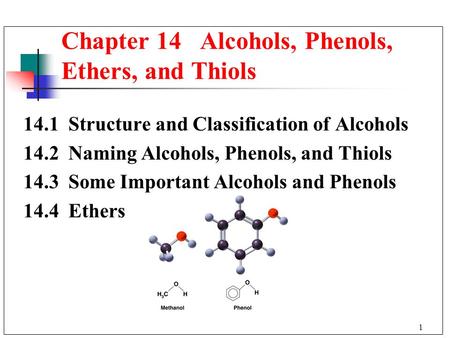 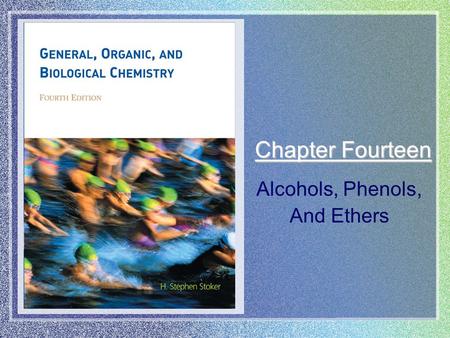 Chapter Fourteen Alcohols, Phenols, And Ethers. Ch 14 | 2 of 52 Functional Groups Groups of atoms within a larger molecule that have characteristic chemical. 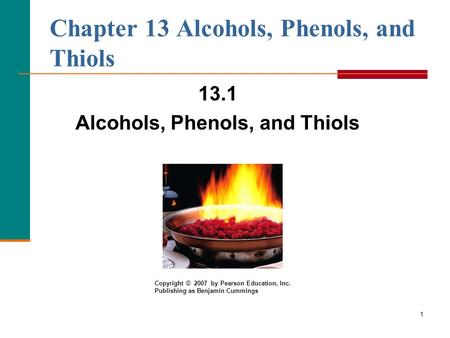 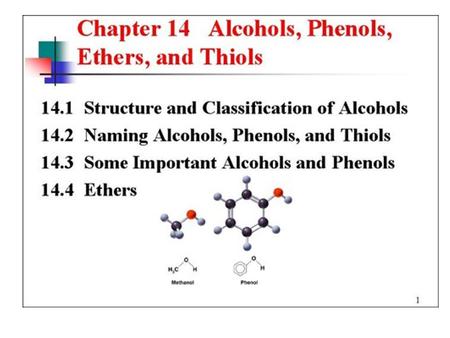 Alcohols and Phenols. Alcohol: carbon with OH or hydroxyl group. 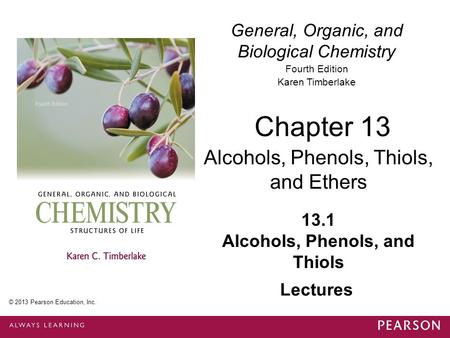 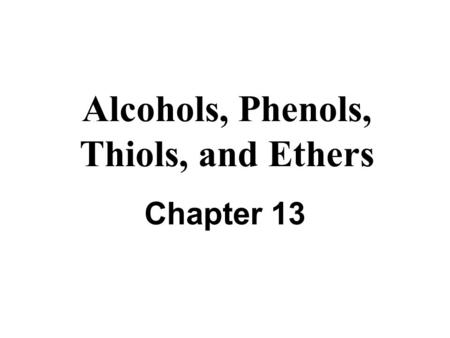 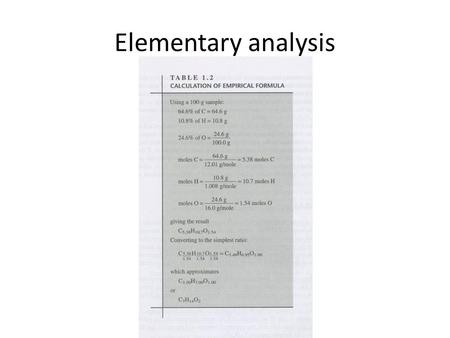 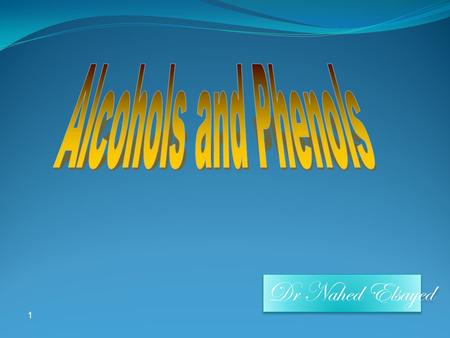 1 Dr Nahed Elsayed. Learning Objectives Chapter six concerns alcohols and phenols and by the end of this chapter the student will:  know the difference. 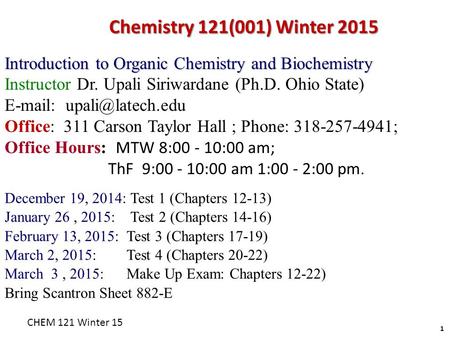 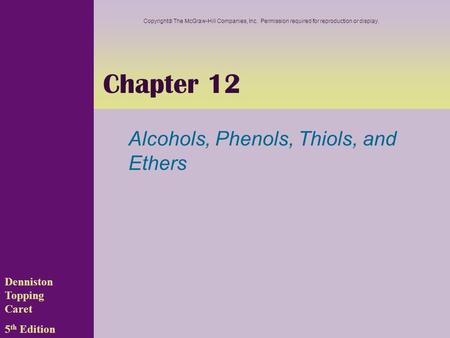 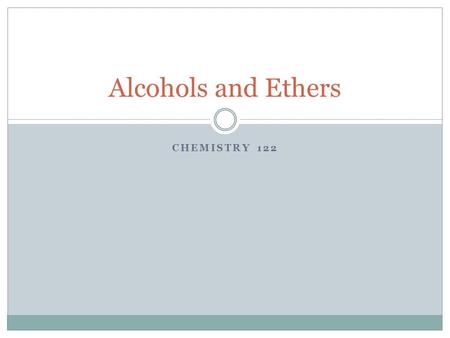 CHEMISTRY 122 Alcohols and Ethers. Alcohols An alcohol is an organic compound that contains the functional group – OH (hydroxyl) They can be organized. 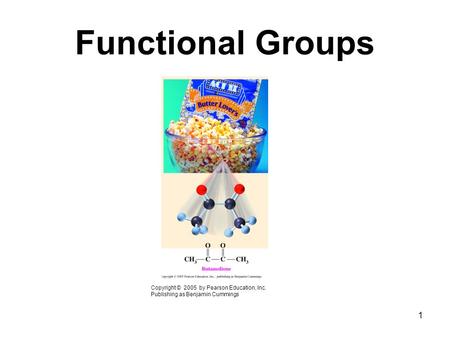