2 What Is El Niño? El Niño is a term that refers to anomalously warmer than average Sea Surface Temperatures (SSTs) in the eastern and central equatorial Pacific Ocean. It is normally characterized by warming of the subsurface layers and large scale weakening of the trade winds in the region. These changes have important consequences over weather/climate around the globe, including East Africa.

3 La Nina Scientists refer to the event when exceptionally cool water lies off the coast of South America as La Nina Strong La Nina events have been responsible for the opposite effects on climate as El Nino.

4 Strongest El Niño's 4 Very strong El Nino events occurred in 1965-1966, 1982- 1983, and 1997-1998. They caused significant flooding and damage from California to Mexico to Chile. Effects of El Nino are felt as far away from the Pacific Ocean as Eastern Africa including Kenya. NB: An El Nino year correspond to the first three months of the ENSO year namely October, November, and December. For example, the ENSO year 1970 starts October 1970 and ends September 1971.

13 Weekly SST Departures during the Last Four Weeks During the last four weeks, positive SST anomalies persisted along the equatorial Pacific and strengthened in the eastern Pacific. From 15 October to 05 November 2014, equatorial SSTs were above average across most of the Pacific.

15 CPC/IRI Probabilistic ENSO Outlook Updated: 6 November 2014 The chance of El Niño is 58% during the Northern Hemisphere winter and decreases into Spring/summer 2015. 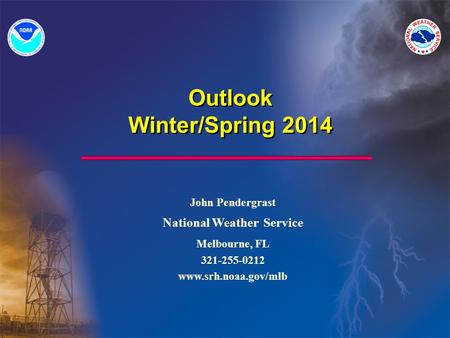 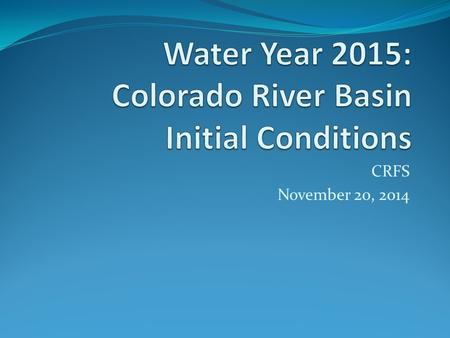 CRFS November 20, JUL-SEP PRECIPITATION Good monsoon - except San Juan… September 2014 not quite as wet as 2013, but close! Precipitation above.