3  Most of the energy from the sun travels to Earth in the form of visible light and infrared radiation. A small amount arrives as ultraviolet radiation.  Visible Light: includes all of the colors that you see in a rainbow: red, orange, yellow, Green, blue, and violet. The different colors are the result of different wavelengths.  Non-visible Radiation: one form of electromagnetic energy, infrared radiation, has wavelengths that are longer tan red light.  The sun also gives off ultraviolet radiation, which is an invisible form of energy with wavelengths that are shorter than violet light. 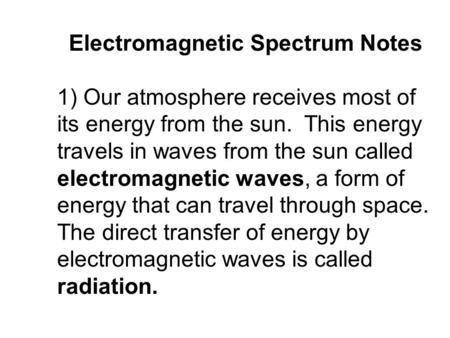 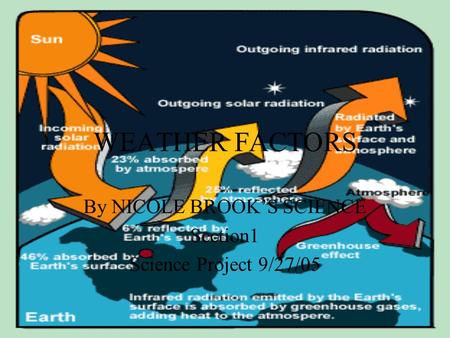 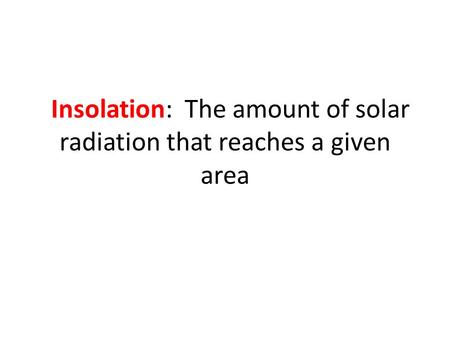 Insolation: The amount of solar radiation that reaches a given area. 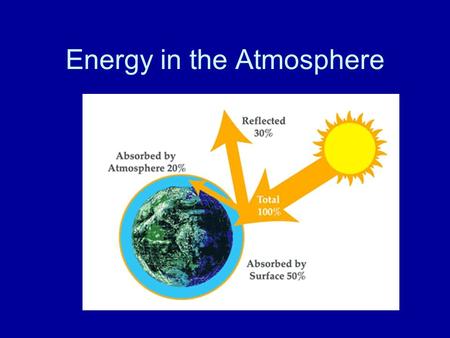 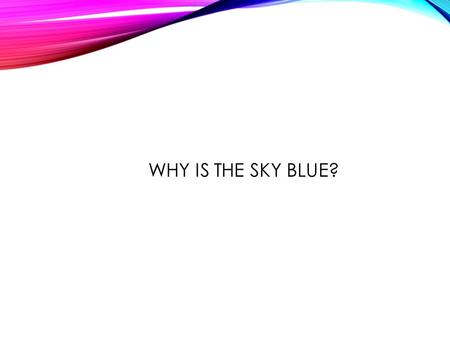 WHY IS THE SKY BLUE?. RADIATION Radiation is the direct transfer of energy by electromagnetic waves. Infrared radiation has wavelengths that are longer.