8 Conclusion Our hypothesis was correct. The plastic water bottles together grew 25 colonies of bacteria. The Sigg water bottles only grew 17 colonies of bacteria. If we were to do this experiment again, we would probably let the bottles sit for a shorter amount of time. This bacteria is most likely harmful. This benefits people because if they found this out, there would probably be less sicknesses and pollution because people would be using reusable water bottles.

10 Thanks Thank you to Mrs. Kellogg and Mrs. Barnard. Thank you Mr. Pham for helping us with our experiment and for being an awesome teacher!!!!!!!! 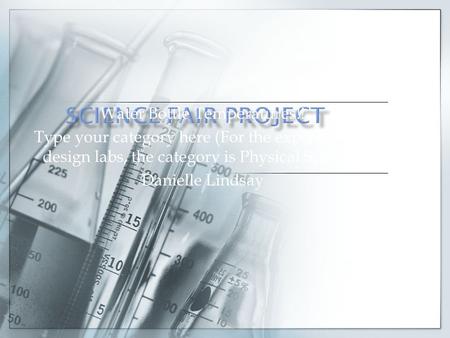 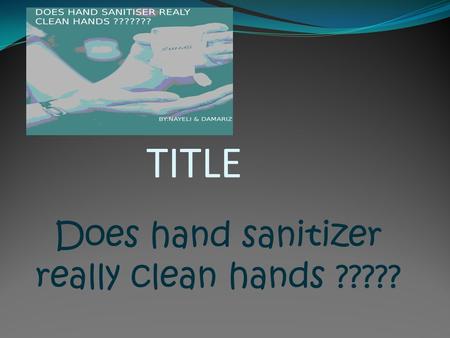 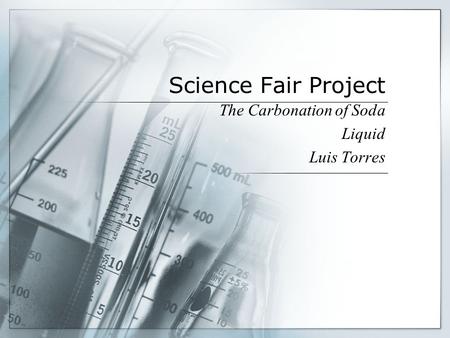 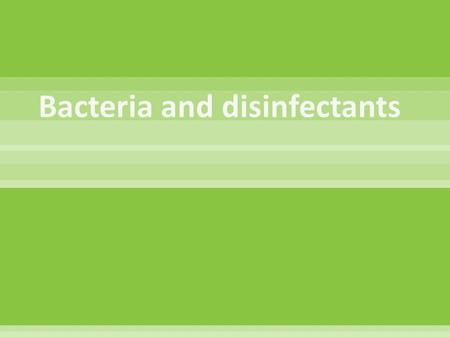  Research Question: Which products work best to disinfect my kitchen table?  Hypothesis: If I use vinegar and water on a table then there will be fewer. 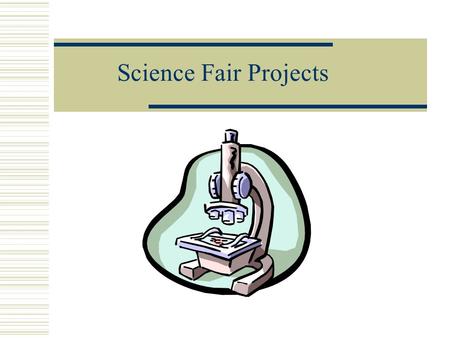 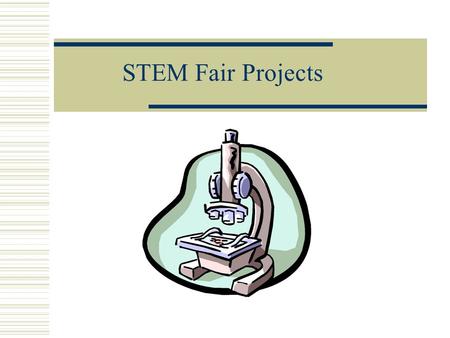 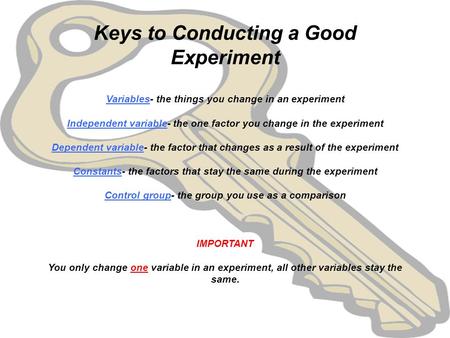 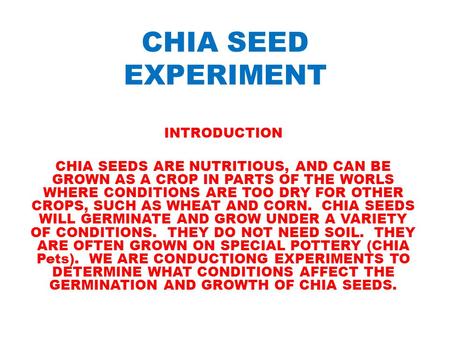 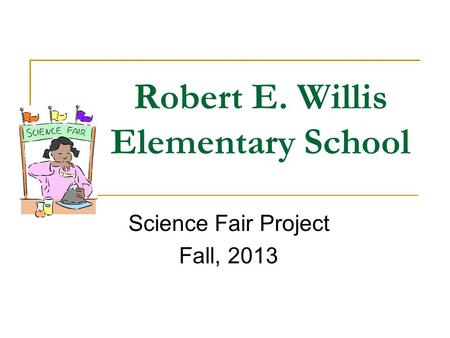 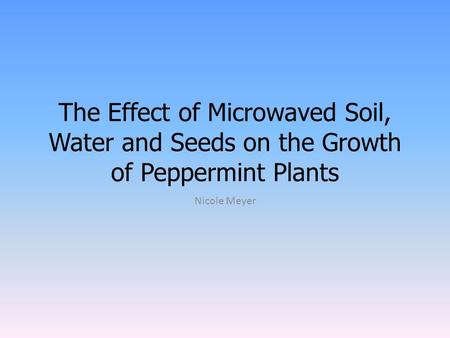 The Effect of Microwaved Soil, Water and Seeds on the Growth of Peppermint Plants Nicole Meyer. 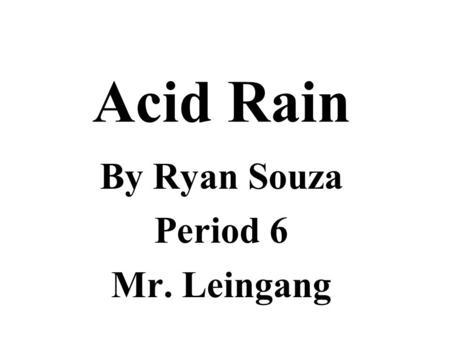 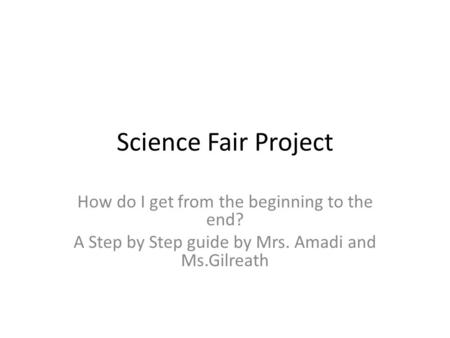 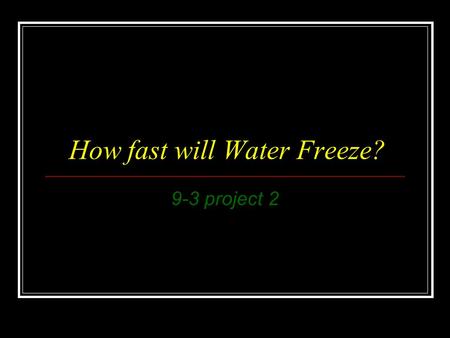 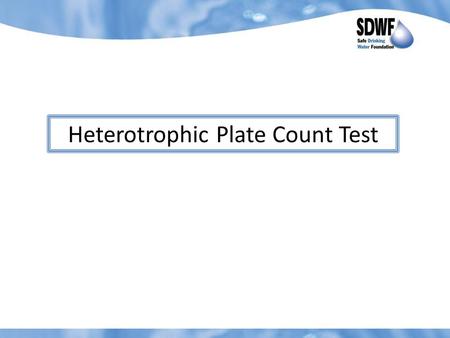 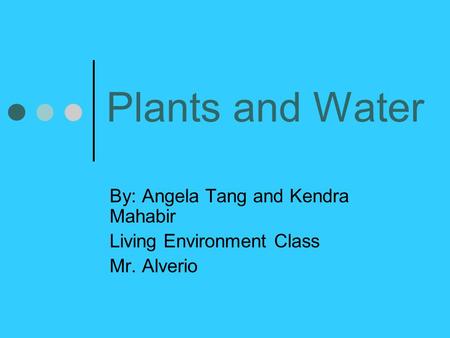 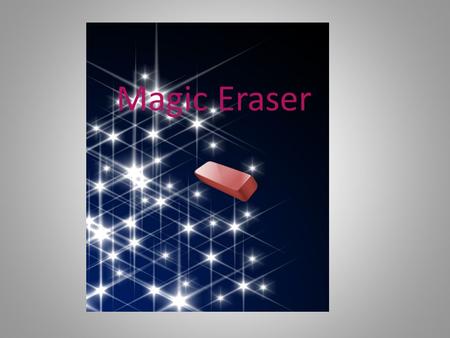 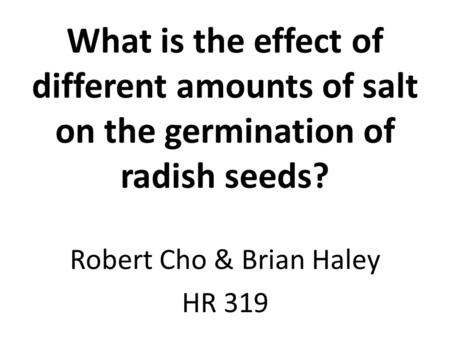 What is the effect of different amounts of salt on the germination of radish seeds? Robert Cho & Brian Haley HR 319. 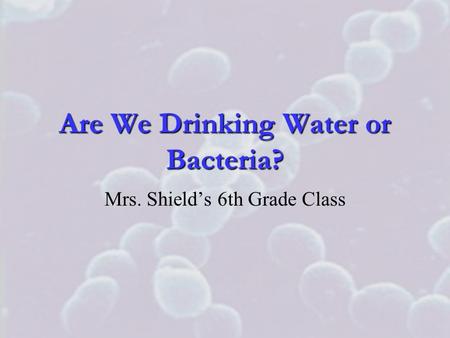 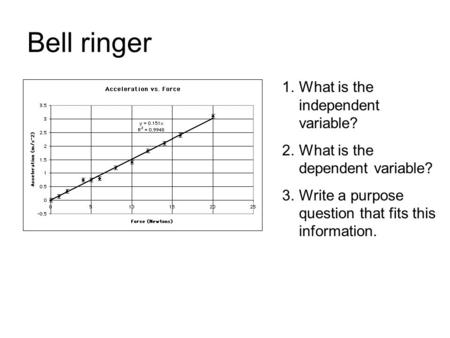 Bell ringer What is the independent variable?