2 Violence Violence is the use of force to injure or another person or damage property Violence can be in the form of verbal abuse, sexual abuse, fighting, or murder In the United States, homicide (intentional killing) is the 2 nd leading cause of death among teenagers Half of homicides in the United States begin as an argument

4 Causes of Violence – Anger Anger is the most common cause of violence because people cannot find other ways to resolve their disagreements and let their anger get out of control Although violence has become a part of daily life, most can still be avoided if people learned to control their behavior

5 Causes of Violence – Peer Pressure Peer pressure can also be a factor in violence between young people Teens establish their identity by trying to fit in with peers (some join groups or gangs) As members of a group, you may feel pressure to take part in conflicts with other groups Many teenagers fight in order to “ save face ” or uphold their reputation

7 Causes of Violence - Weapons Access to weapons is a factor that makes it more likely that a violent incident will occur When arguments cannot be resolved, weapons seem like an easy solution However, this often leads to tragedy because bystanders may also be killed

8 Preventing Violence EVERYONE feels angry at times Violence is often learned from watching others (family, friends, movies) But there are ways to “ let off steam ” without becoming violent It is important to deal with anger, hostility, or frustration in positive ways

9 Strategies to Resolve Conflict Use humor to relieve tension Avoid troublesome situations or people Try to see the conflict from the other person ’ s point of view Don ’ t be afraid to apologize And of course, COUNT TO TEN in order to control your anger

10 Using Defense Mechanisms Remember that sublimation is a useful defense mechanism for handling anger (turn angry feelings into something positive) What are some other strategies for resolving a conflict?

11 In Conclusion…. Again, EVERYONE FEELS ANGRY at different times in their lives If you find that it is becoming more difficult to control your anger, don ’ t be afraid to ask for help (professional, parents, teachers, counselors) Much violence can be prevented by learning how to handle your emotions 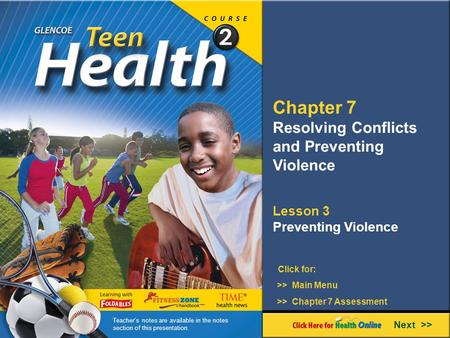 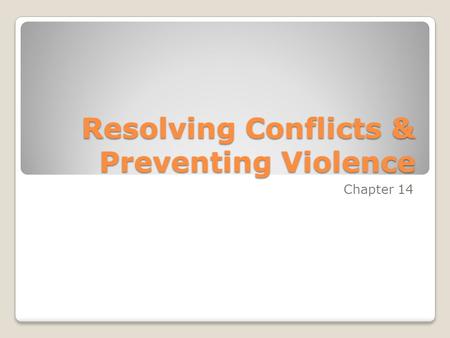 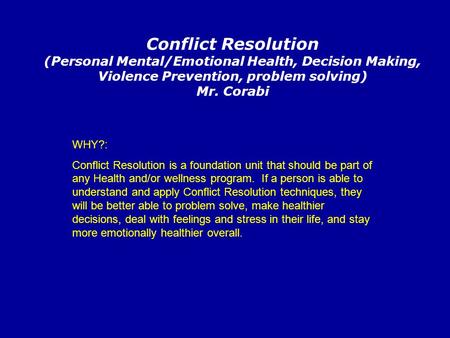 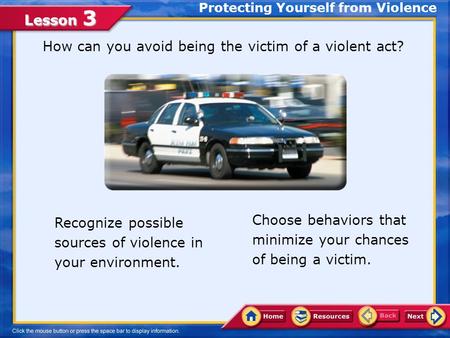 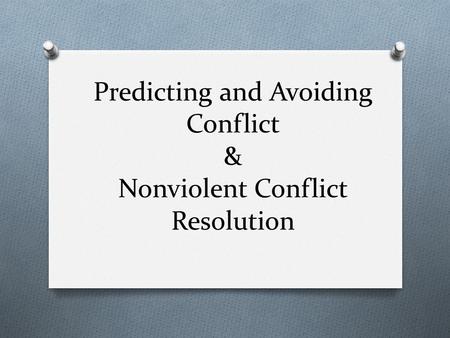 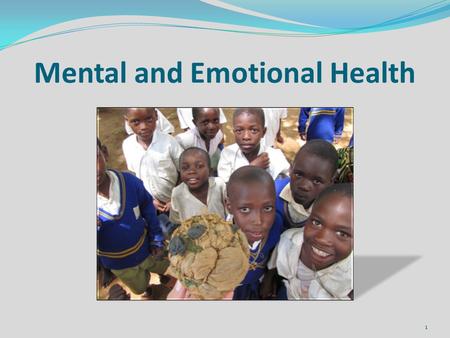 Mental and Emotional Health 1. Goal Setting, Communication, Conflict and Depression (8 th ) “When you get into a tight place and everything goes against. 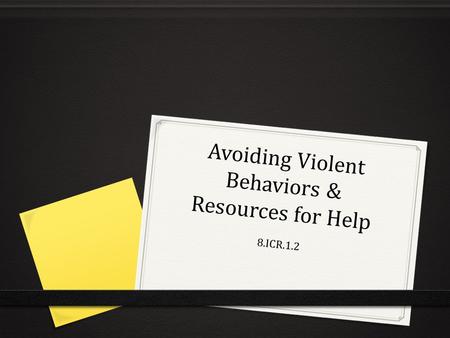 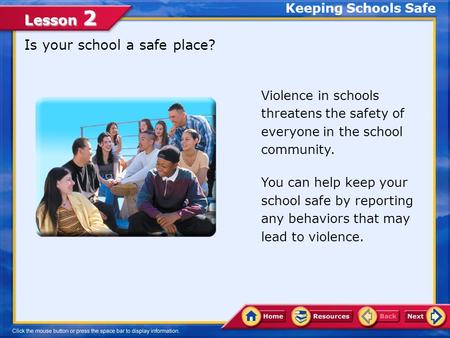 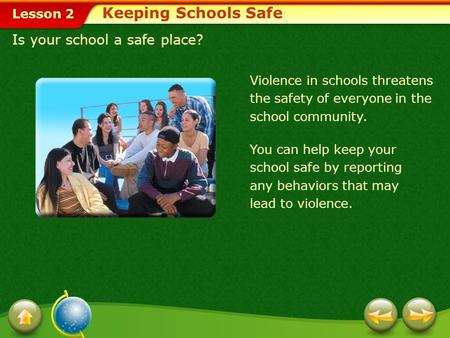 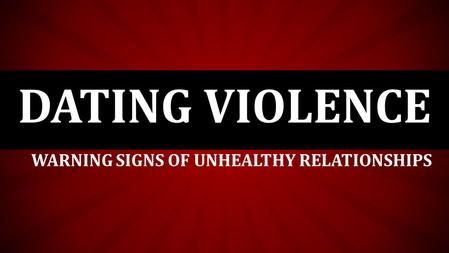 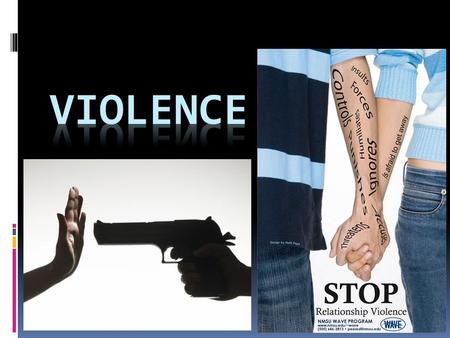 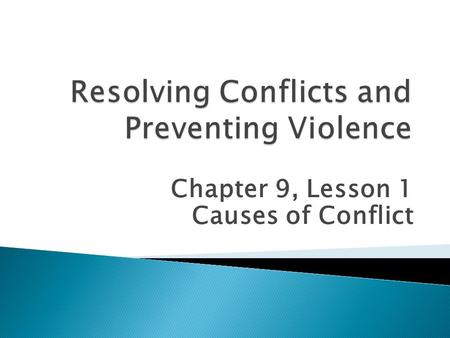 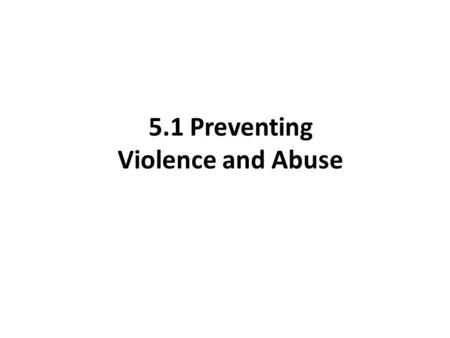 5.1 Preventing Violence and Abuse. Key Terms What is Conflict? Another name for a fight or disagreement What is Violence? Physical or non-physical force. 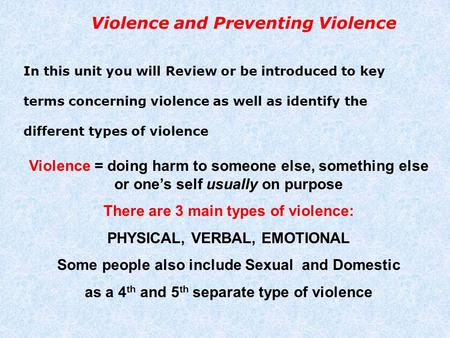 Violence and Preventing Violence In this unit you will Review or be introduced to key terms concerning violence as well as identify the different types. 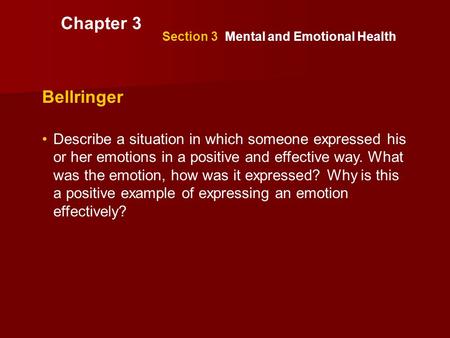 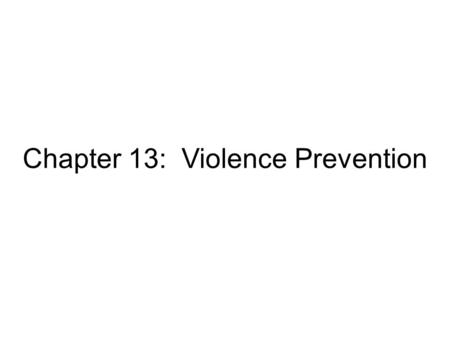 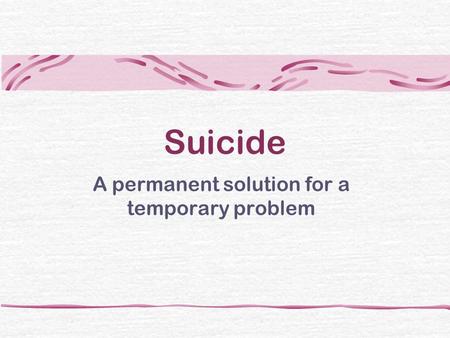 Suicide A permanent solution for a temporary problem. 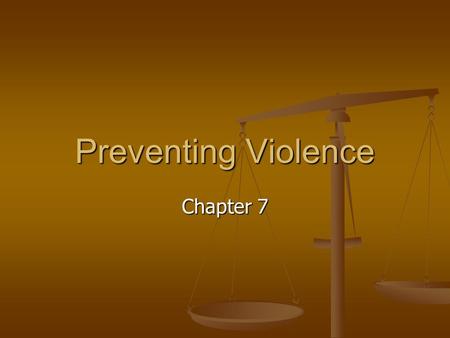 Preventing Violence Chapter 7. What is Violence? Violence – the threat of or actual use of physical force against oneself or another person Violence –