2 The European Language Label in Denma rk Implementation and handling Danish name: Den europeiske sprogpris Managed by: the Center for Internationalisation at the Danish Agency for Universities and Internationalisation Administrator: Mr Lars Kolind Jensen Criteria for the ELL Award Target projects: new ways and methods of language learning Initiatives in all educational levels and in all contexts where there is learning of languages ​​ can be awarded. Schools, institutions, organizations and individuals who work with language learning, in formal as well as informal learning environments can apply. Every year the Danish Agency for Universities and Internationalisation decides certain fields of priorities for the award Project should also be : Innovative, proved effective, tranferable

3 The Label Campaigns The Label Campaign is announced on the official web site of the Danish Agency for Universities and Internationalisation and promoted at information meetings, presentations around the country, social media and other media contacts.

5 The ELL Award from 1999-2012 a total of 23 projects have been awarded. There have been approximately three or four applicants every year. In 2002 no ELL winner was appointed. Travel Grant With the Danish ELL Award there is also a travel grant that is intended to support travelling abroad to gain new knowledge and inspiration to the benefit of language teaching in Denmark. It can be used as a support to attend conferences, study visits, meetings and training abroad.

6 Evaluation and Follow Up The Danish Agency submits a Yearly Report to the European Commission on program implementation, including on ELL. The Danish Agency for Universities and Internationalisation writes an article about the winning project to be published on the website as well as in media. Among the current priorities, the ones mostly referred to often focus on the promotion of new tools for language teaching and learning, language learning for specific purposes, teaching material and internet communication for language learning.

7 Why the European Language Label The project providers state that they decided to submit their application to the European Language Label in order to: to obtain validation and recognition for the project to obtain recognition of the innovative character of the project to prove that using the internet in language teaching is the right way to go to share a good practice to prove that good language learning methods and projects can be simple and still work very well to get confirmation of working with the right focus to obtain an official and European recognition to make the project inspire educators and learners in Denmark as well as across borders to be guaranteed a better sustainability of the project to use it for marketing purposes

8 Impact and Exploitation if the European Language Label The 2003 ELL winner “French learning in Cyberspace” produced three cd’s on European identity, on Hans Christian Andersen and on picture illustrations for the web site. The 2004 ELL winner “Euromail.com” is now an integrated part of the language teaching in many schools. The students now use other media; films, YouTube, Facebook etc. The 2005 ELL winner “English Corner” has been a great success. There have been positive qualitative evaluations from conferences and seminars giving students and teachers inspiration and eagerness to use the material. The 2007 ELL winner “Our Common Language” states that ever since the award was presented the number of visitors on the web site has increased. The 2009 ELL Winner “Professor Dr. ABC” states that the school part of the project did not really get going until they received the ELL, and since then there have been several tours of “Professor dr. ABC” in the preschools of the region. To the 2008, 2011 and 2012 winners “Digital Pronunciation Trainer”, “Alphabet Keyboard” and “Danish Simulator” the ELL Award has been valuable for marketing purposes of these innovative and original Language Learning tools. The ELL award has in many cases inspired and engaged winners to take part in seminars and conferences, both national and international.

9 Recommendations Recommendations from the Case Studies Projects to future applicants of the ELL Award This gives strength of your own ongoing working methods as well as encouragement to apply and get an official recognition of your language teaching initiatives. Nominate or encourage other language providers working with good language learning methods and project to apply for the ELL. Nominated project providers describe this as a great honour. To involve institutions in the region can be a reassurance that the project has a regional support. "Go for it." And you will see that you can do more than you realise... If you have good ideas, you must be open to pass them on to others.

10 Best Practices “The Nordic Language Pilots” refers to higher education as well as vocational language teaching and learning being a training concept for teachers´ training in Nordic languages. “ Professor Dr. ABC” refers to the preschool and primary school being a teaching material for children from kindergarten and primary school classes. The “Alphabet Keyboard” has no specific target language. It is transversal in the respect that it is used and tested in preschools and primary classes and has also proved to help several other groups of learners; bilingual persons, adults, dyslexics and people with diagnoses of ADHD. The “Digital Pronunciation Trainer” is a pronun- ciation ICT tool for adult learners of Danish as a second language.

11 Conclusions There are a limited number of applicants for the award, around 3-4 every year. Most of the winners have been encouraged, nominated or recommended by other ELL applicants to apply. Probably a more active promotion or marketing of the award could increase the number of applications Denmark has yearly priorities. This could perhaps have an inhibitory effect on the number of applications, since the providers could feel that their project does not correspond with the yearly priorities. The benefits related to the award should be highlighted, such as the travel grant. The open labour market within the European Union and the fall of the Berlin wall have opened up new business possibilities and given enormous potential for small business in Denmark to increase their trade market. This is also reflected in several of the ELL Award winning projects Denmark has several ELL winners that have produced materials or tools for language learning. 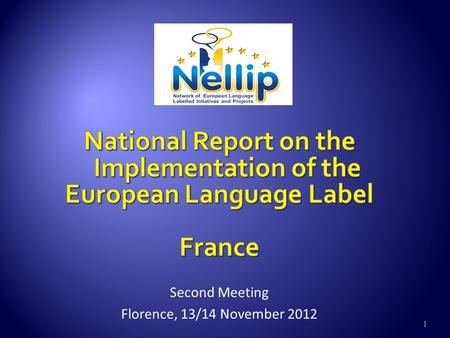 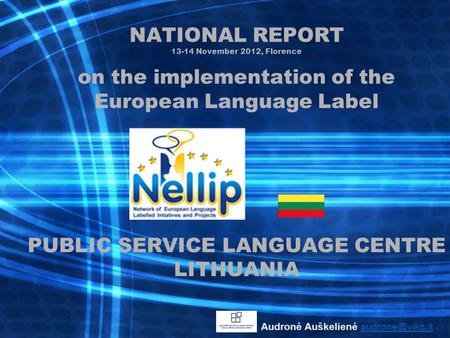 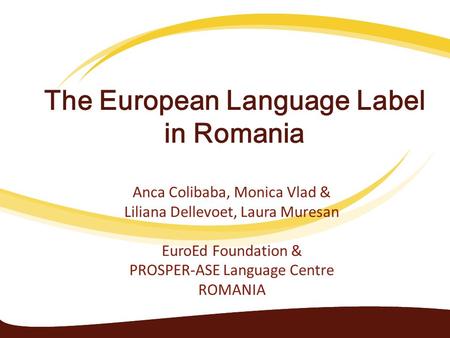 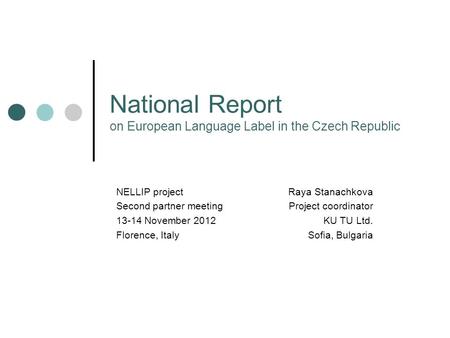 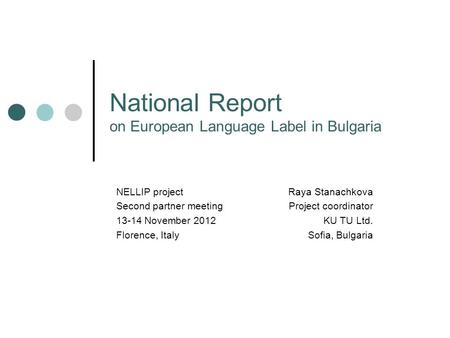 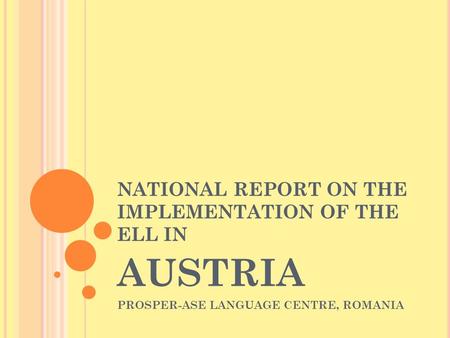 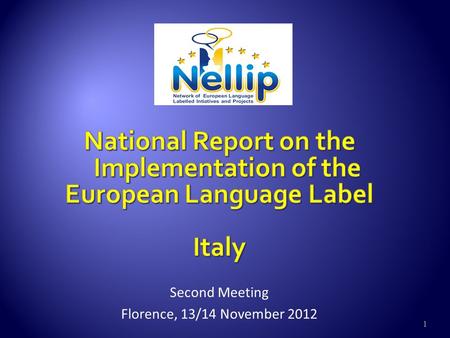 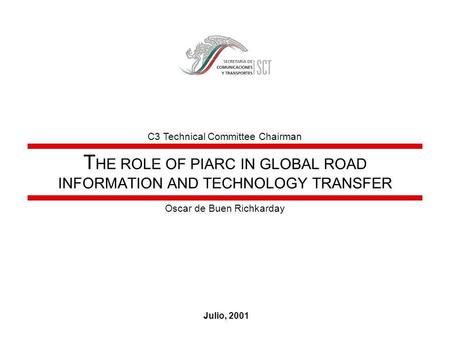 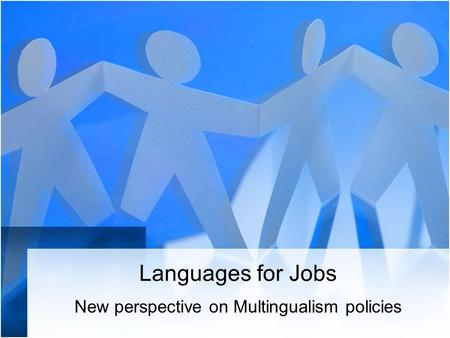 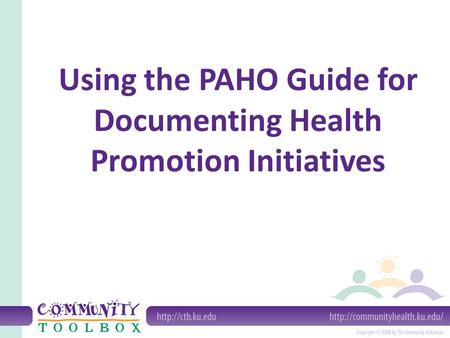 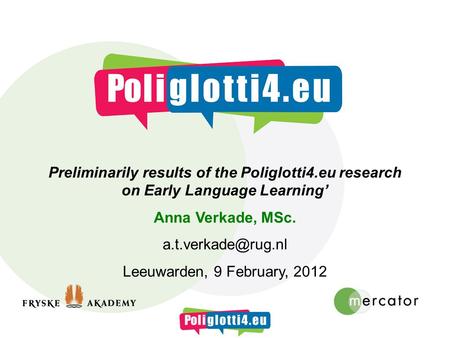 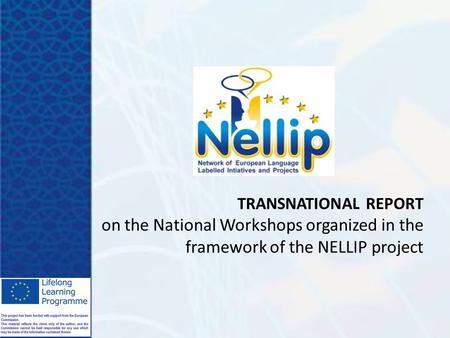 TRANSNATIONAL REPORT on the National Workshops organized in the framework of the NELLIP project. 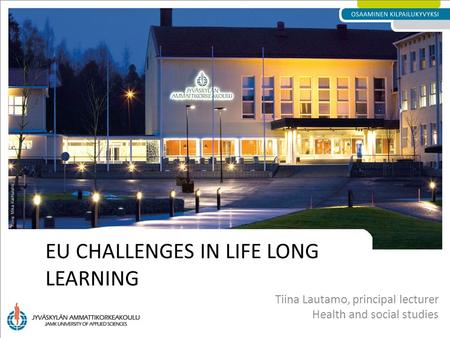 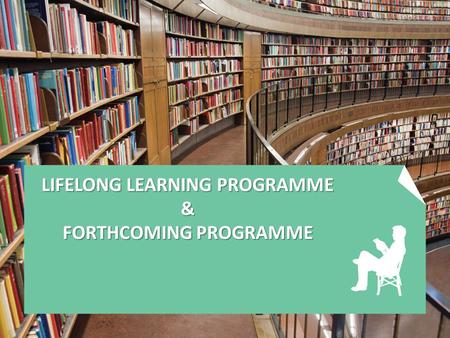 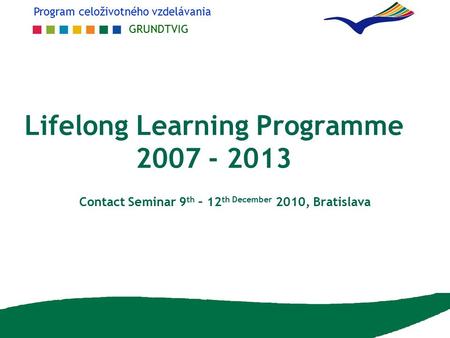 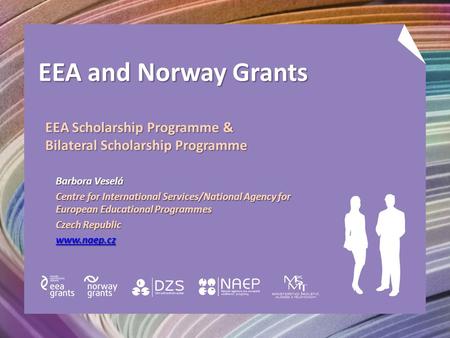 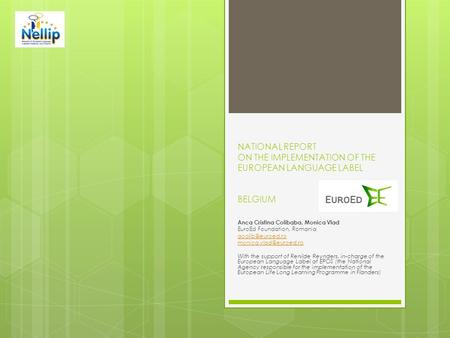 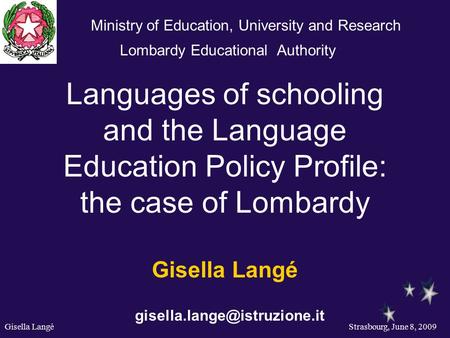 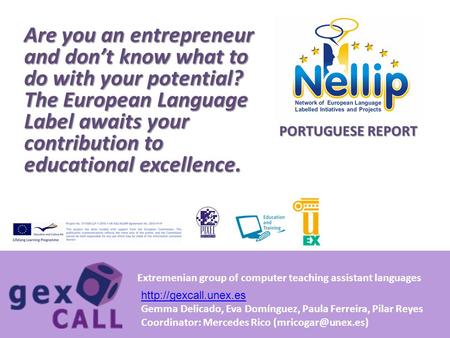 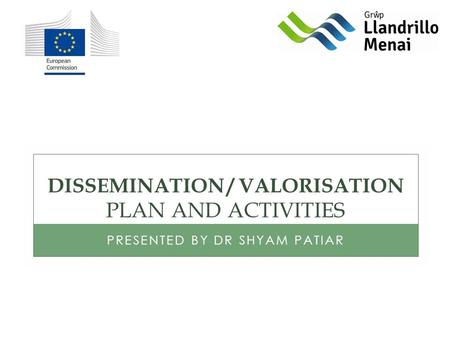