2 What is a Hero? There are many ideas of what makes a person a hero. The following are two definitions of what makes a hero. 1. a man of distinguished courage or ability, admired for his brave deeds and noble qualities. 2. a person who, in the opinion of others, has heroic qualities or has performed a heroic act and is regarded as a model or ideal. Copyright 2011 Dictionary.com

3 The Heroic Archetype What is an Archetype – A recurring pattern of images, situations, or symbols found in the mythology, religion, art and dreams, of cultures around the world. What is an Archetypal Hero – A hero with specific traits. Born under unusual circumstances, leaves family and lives with others, traumatic event leads to quest, has special abilities and receives supernatural help.

4 Born Under Unusual Circumstances Hercules – Born the son Zeus and a mortal woman. Superman – Born on a world that is on the verge of destruction.

5 Leaves Family and Lives with Others Hercules – Raised by his mother but not his father. Superman – Raised by farmers on Earth after escaping the destruction of his world.

6 Traumatic Event Leads to Quest Hercules – Hera drove him mad causing him to kill his wife and kids. He then went on to complete 12 labors to atone for his crimes. Superman – The loss of his home lead him to use his powers to try to save his new world. Copyright 1997 Mythweb Copyright 2011 DC Comics

8 Receives Supernatural Help Hercules – Received assistance from Zeus to gain his strength. Made a god after death by Zeuss. Superman – Received help from his father by way of crystals that were programmed with his planet’s science and his father’s memories.

9 Real Life Heroes Does not fit the Archetypal form. Generally looked up to for individual acts, or the things they stood for.

10 Ted Williams Known as the greatest hitter that ever lived. Considered an American hero by many who saw him play. Wrote a book called “The Science of Hitting.” He was obsessed with the idea of becoming a great hitter. Copyright 2010 Sports Illustrated 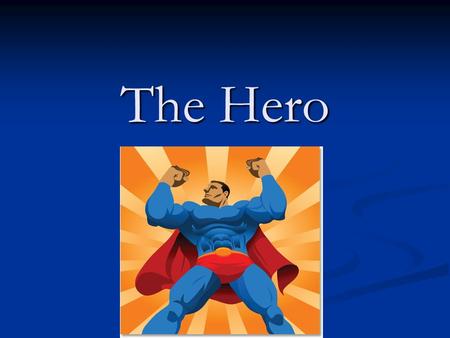 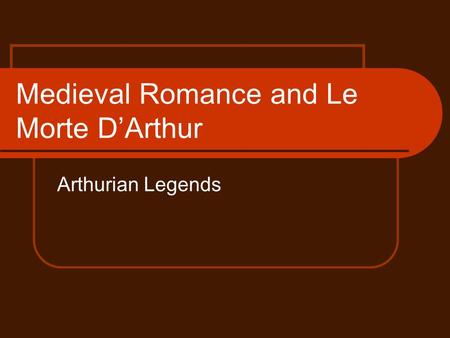 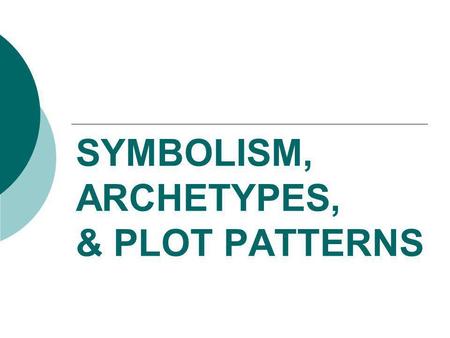 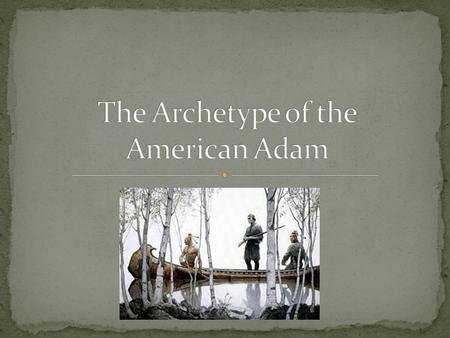 A recurring pattern, character, theme, symbol, story The pattern is repeated yet altered to depict each group who portrays it The archetype connects with. 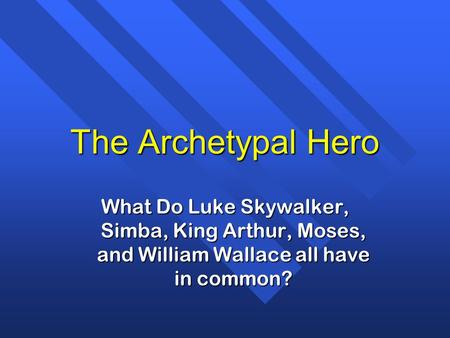 The Archetypal Hero What Do Luke Skywalker, Simba, King Arthur, Moses, and William Wallace all have in common? The archetypal hero appears in all religions, 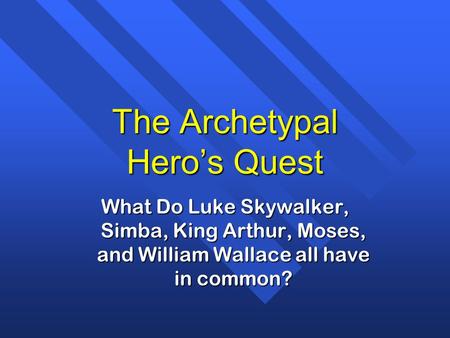 The Archetypal Hero’s Quest What Do Luke Skywalker, Simba, King Arthur, Moses, and William Wallace all have in common? 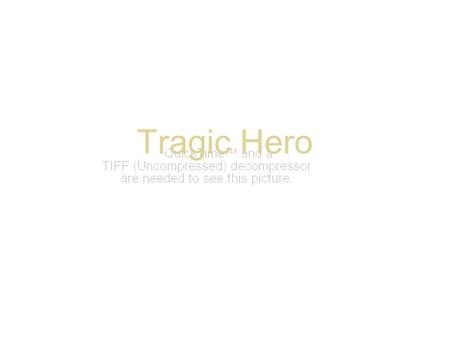 Tragic Hero By Josh Zucker. What is a tragic hero? A man of noble stature. Not an ordinary man, but a man of quality and greatness. His own actions lead. 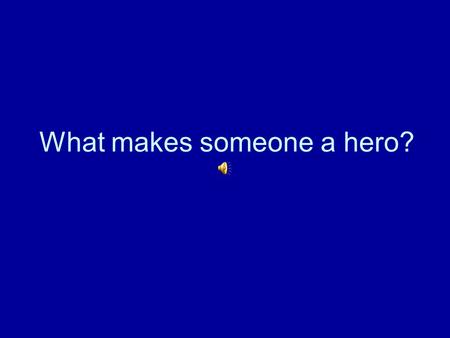 What makes someone a hero? Superman – what are his heroic characteristics and heroic actions? 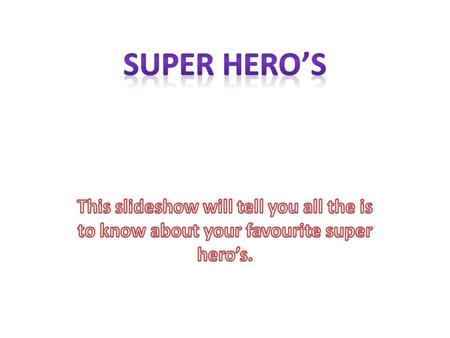 Information about batman and robin Batman is a well know super hero. He was created in May 1939 by Bill Finger. He is found in American comic books. 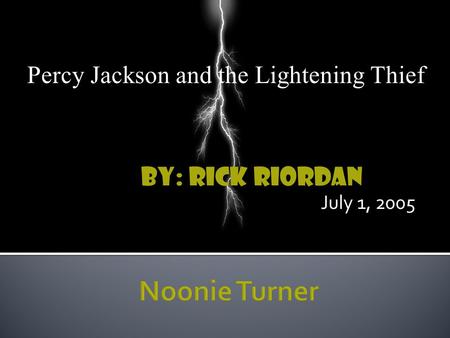 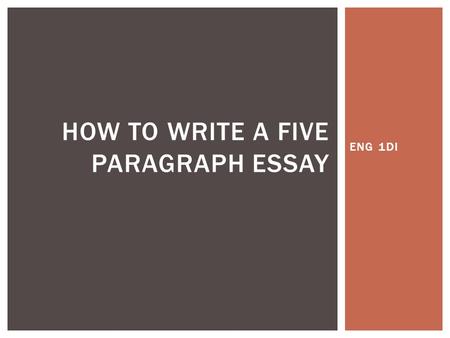 ENG 1DI HOW TO WRITE A FIVE PARAGRAPH ESSAY.  The thesis is a specific statement that expresses an opinion about your topic, without using “I believe” 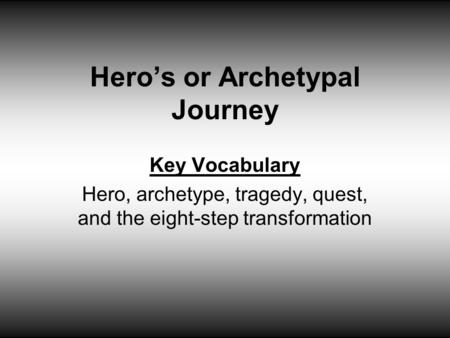 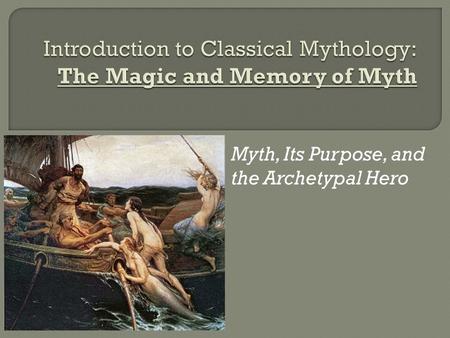 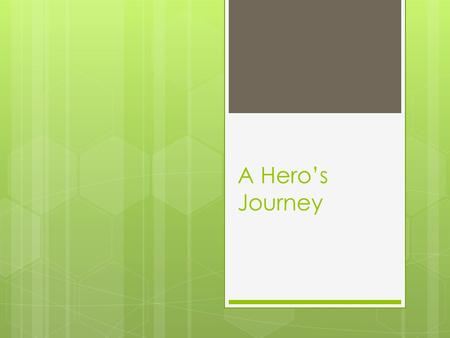 A Hero’s Journey. What do the following have in common? 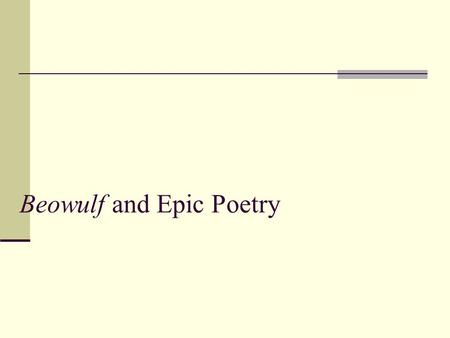 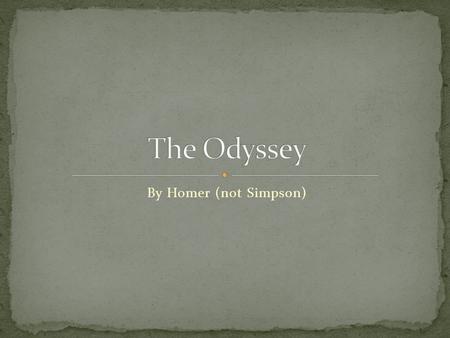 By Homer (not Simpson). There are numerous theories about Homer. Here is some of what we know: Homer is an ancient Greek story teller and court singer. 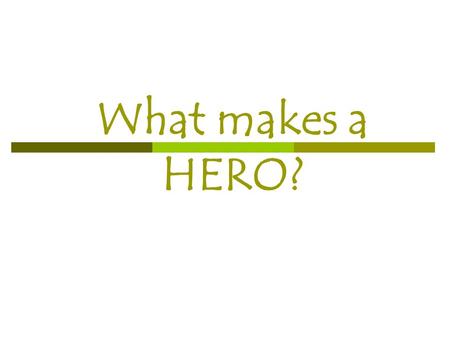 What makes a HERO?. 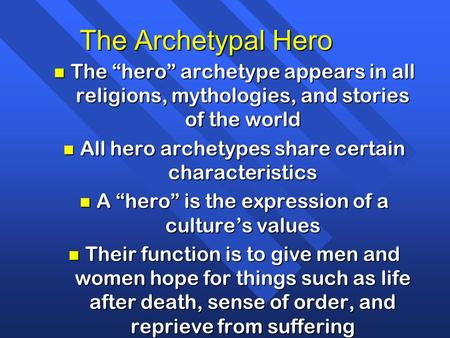 The Archetypal Hero n The “hero” archetype appears in all religions, mythologies, and stories of the world n All hero archetypes share certain characteristics. 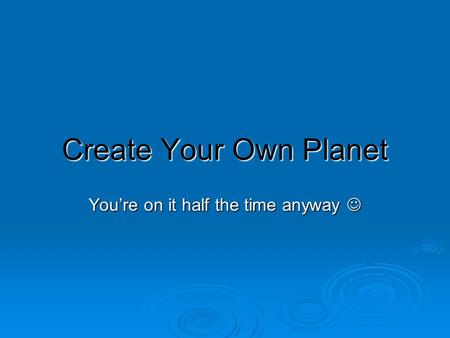 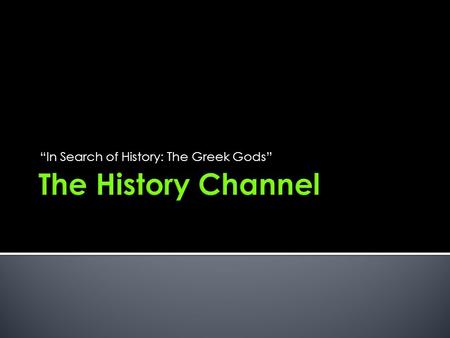 “In Search of History: The Greek Gods”