4 Introduction The Groups involve people and sharing of ideas, so obviously, communication plays a major role in whether groups translate into successful teams or not. Groups Two or more people with a common relationship. Teams A small number of people who work closely together toward a common objective and are accountable to one another. Islam Slamah Designer

5 Phases of team Development Psychologist Bruce Tuckman first came up with the memorable phrase "forming, storming, norming, and performing" back in 1965. He used it to describe the path to high-performance that most teams follow. Later, he added a fifth stage that he called "adjourning" (and others often call "mourning”

8 2- Storming: The second phase is usually marked by interpersonal conflict. This phase can be creative and productive if the team manages the conflict well. The hazard during this phase is that the conflicts can generate anger and frustration.  Team members struggle to preserve their own identities  as the team identity gets stronger  More questioning, challenging, surfacing of opinions  On the surface, more interpersonal conflicts  Beneath the surface, team members feel anger,  frustration, and disillusionment with the team process Islam Slamah Designer

9 Team tasks during storming : Continue to clarify roles Decision on and establish procedures and processes to guide the work Surface and resolve early conflicts Continue to evolve a positive culture Islam Slamah Designer

10 3- Norming: Once the team has reached the norming phase, the members have accept the team processes and are working to build team solidarity  On the surface, there is agreement and calm  Beneath the surface, team members fear slipping back  into conflict, and may suppress opposing ideas or opinions Team tasks during norming: Prepare for the next phase Reinforce positive team culture Recognize and celebrate progress made Islam Slameh Designer

11 4-Performing This phase is marked by teamwork. Members are doing the job, there is a clear and shared sense of purpose, high trust and open communication.  Beneath the surface, some team members may run out of  steam, while others push to get the job done  Team may overlook activities that could help them deal  with frustration over changes, heavy workloads, and  dysfunctional group dynamics Team tasks during performing:  Use team assessments to identify areas for team Improvement Islam Slameh Designer

12 5-Mourning The "Adjourning" and "Mourning" Stages main difference is the adjournment. The "Mourning" theory leaves the group intact,whereas the "Adjourning" stage dismisses group member upon completion and offers them to new groups. Islam Slamah Designer

14 How group size affects function  It is vital when dealing with any size or composition of group that the teacher is aware of the ways in which groups may interact.  As well as the physical environment and seating arrangements, other factors such as the size of the group influence the group dynamics.  The size of the group places limitations on the tasks and functions that it might be expected to perform. Islam Slamah Designer

15 Effective Team Communication in a Small Group Effective team communication in a small group is a mix of good manners, good attention and open-mindedness. You should think before you speak and never raise your voice unnecessarily. Listen carefully to what others speak. Here are some tips about effective small group communication. Ask if everyone understands what the team goals are. Ask for inputs and feedback from all members.

16 Listen carefully to what the other person is saying & don't interrupt until someone has finished talking. Give feedback on what they've said. Speak slowly and clearly & make your points in a clear, logical manner. Include facts and details and make sure they are all accurate. Don't ramble on. Be concise. Stick to the matter at hand. Make sure every member of the group gets the chance to speak. Be open minded. If you've come to the meeting with your mind already made up, there's little point in having a discussion.

17 If you are taking a certain stand, take full responsibility for it. If you have an opinion, express it as such, with the reasons behind it, not as an ironclad fact. Don't make rash decisions or issue any statements when you’re angry. Give yourself time to cool down. Be polite always. Islam Slamah Designer 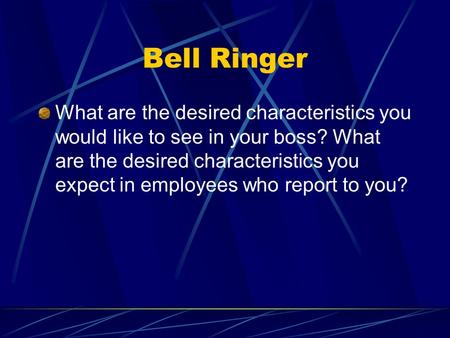 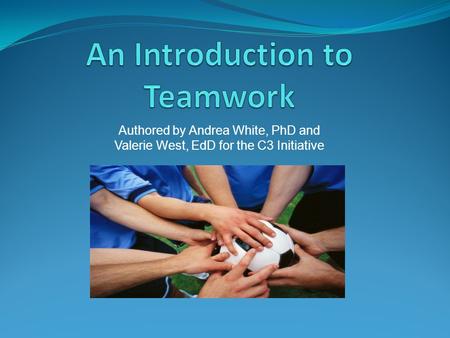 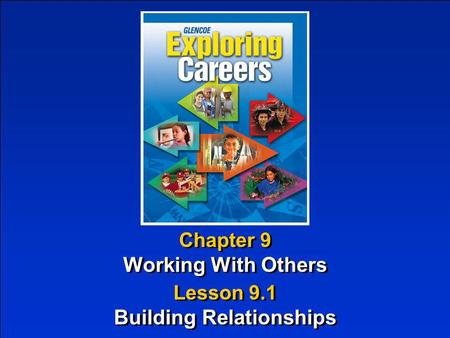 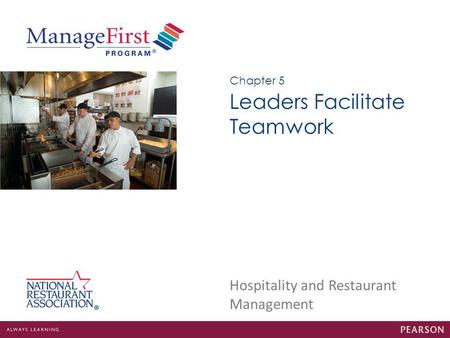 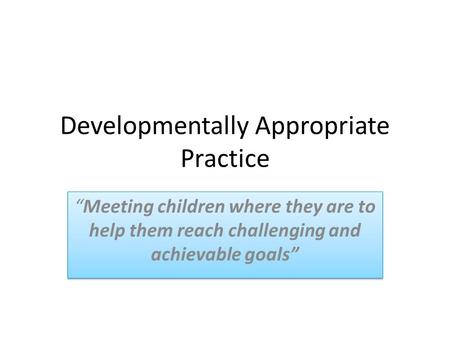 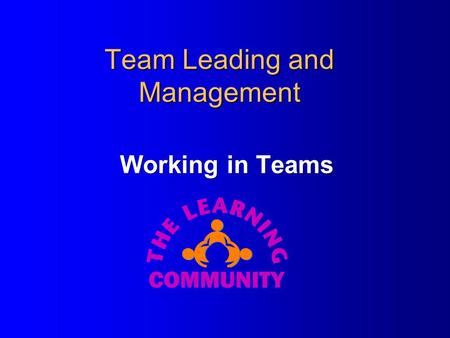 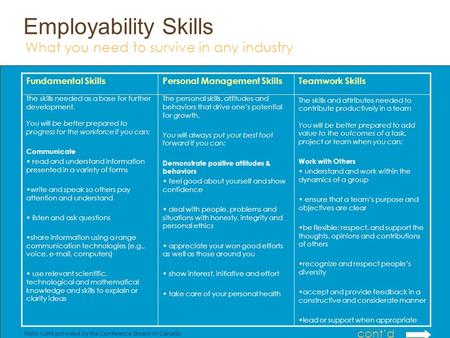 Note: Lists provided by the Conference Board of Canada 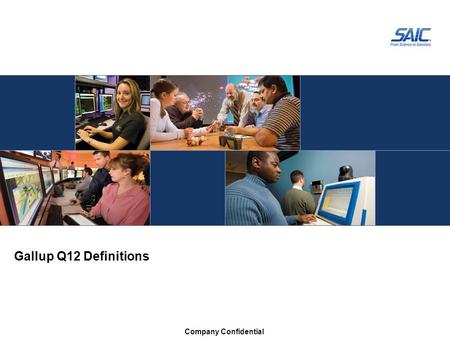 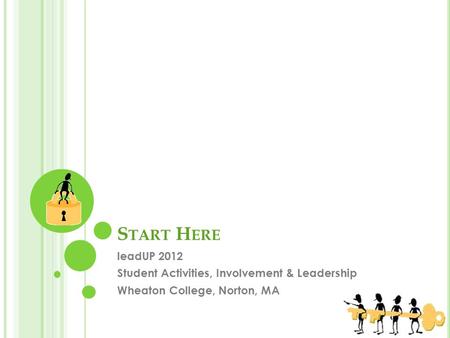 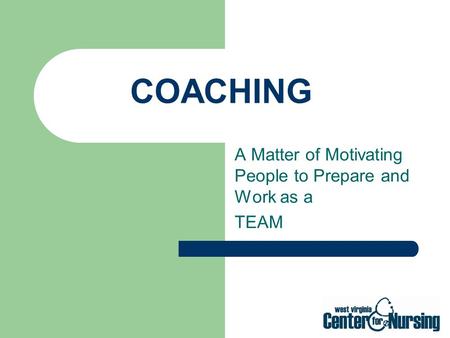 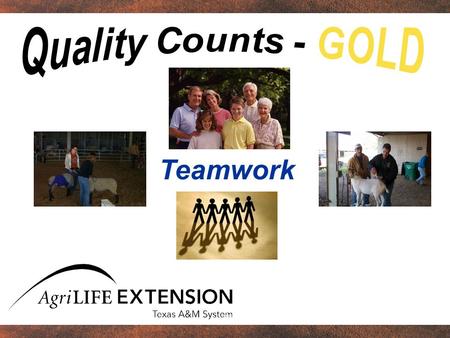 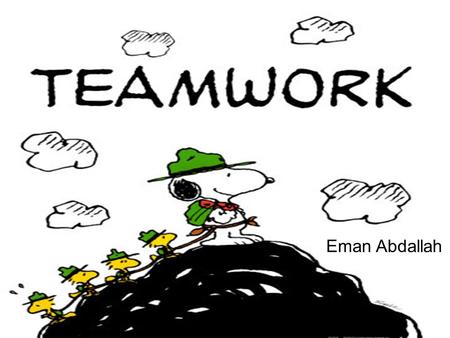 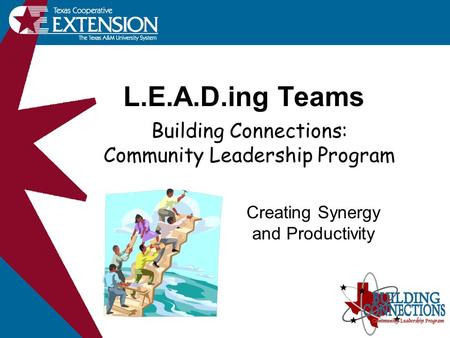 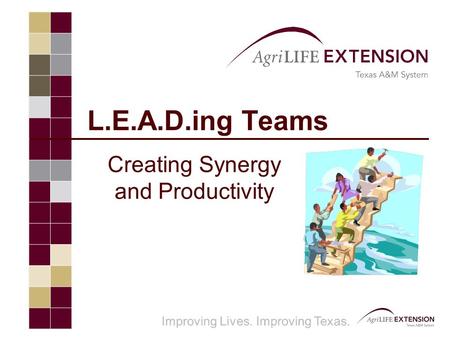 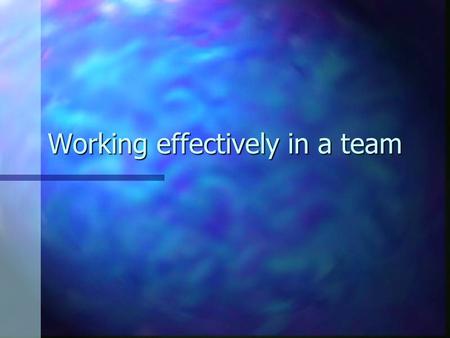 Working effectively in a team. NONE OF US IS AS SMART AS ALL OF US. 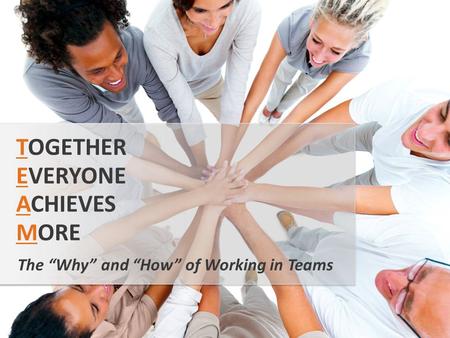 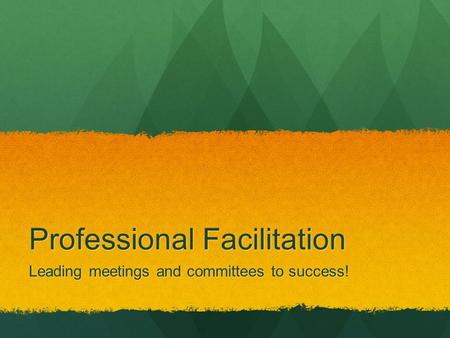 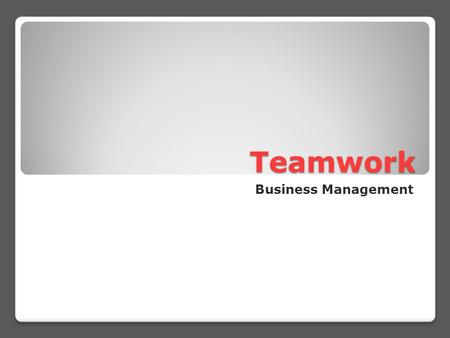 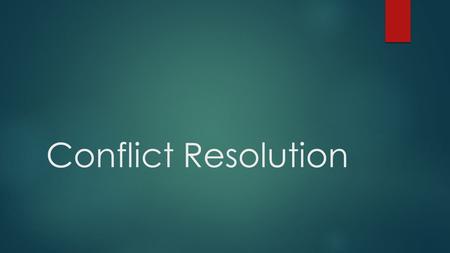