2 Definition Shared pattern of characteristics such as cultural heritage, nationality, race, religion, and language. Full of bias and discrimination all over the world.

3 Ethnicity ≠ Race Race refers to the classification of people or other living things according to specific physiological characteristics. It is no longer recognized as an authentic scientific concept because of the diversity of people. Social Psychologist James Jones points out that thinking in racial terms has become embedded in most cultures. ◦ People often stereotype others because of their supposed race and inappropriately classify them as being more or less intelligent, competent, responsible, or socially acceptable on the basis.

4 Ethnicity and Schools Educational segregation is still a reality for children of color in the United States. School experiences of students of different ethnic groups differ in other ways. Schools of students from ethnic minority backgrounds have fewer resources.

7 Multicultural Education Values diversity and includes the perspectives of a variety of cultural groups on a regular basis. Goal: equal educational opportunities for all students. Includes issues related to socioeconomic status, ethnicity and gender. Prejudice reduction and equity pedagogy are core components. 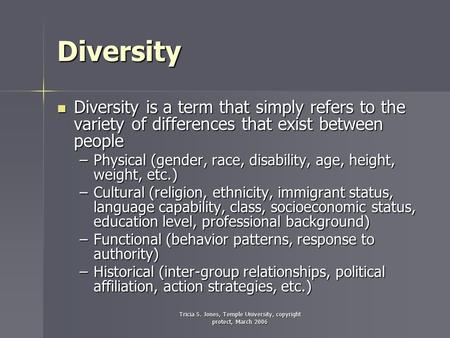 Tricia S. Jones, Temple University, copyright protect, March 2006 Diversity Diversity is a term that simply refers to the variety of differences that exist. 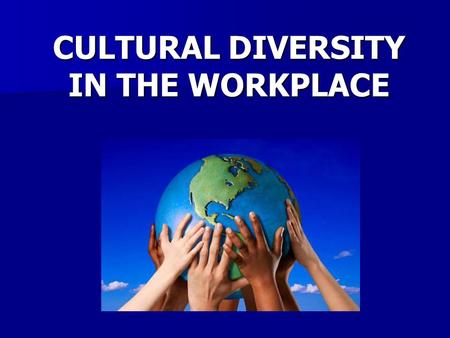 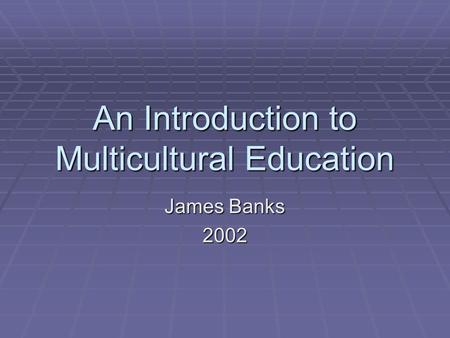 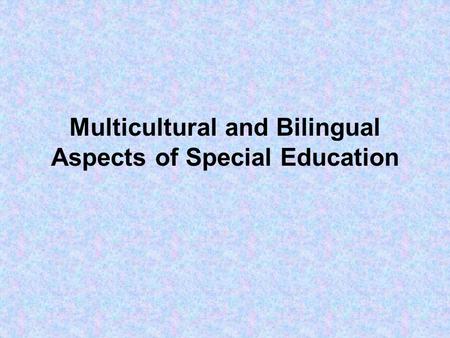 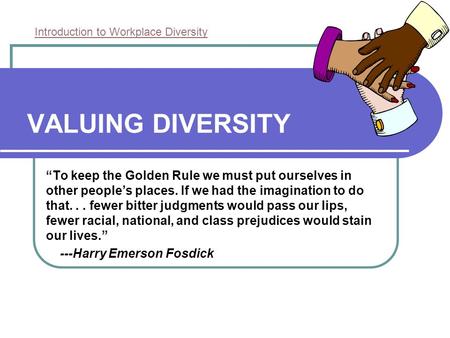 VALUING DIVERSITY “To keep the Golden Rule we must put ourselves in other people’s places. If we had the imagination to do that... fewer bitter judgments. 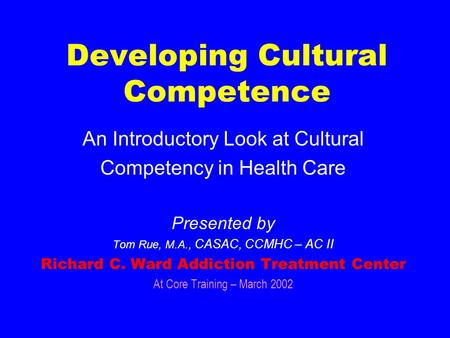 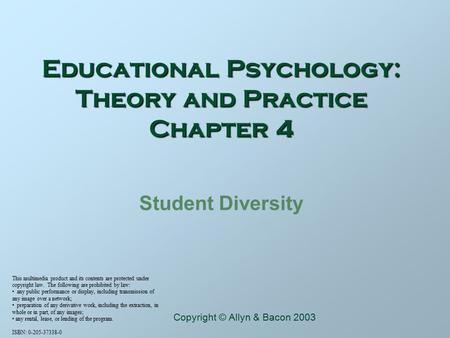 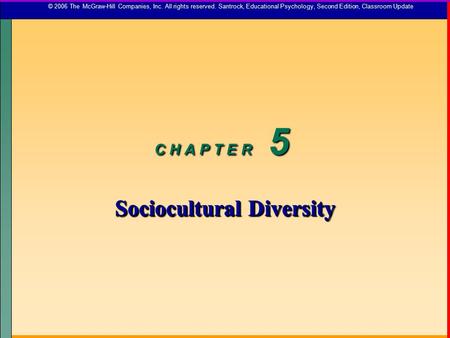 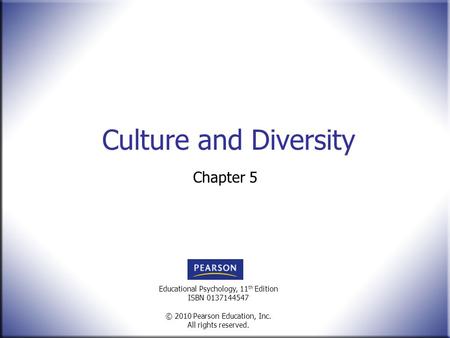 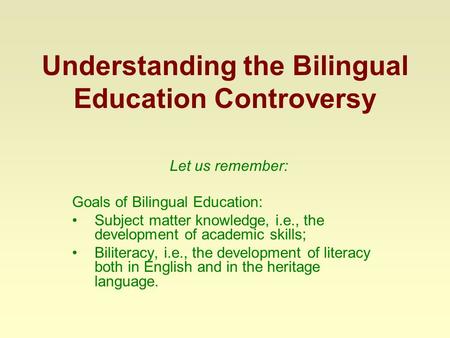 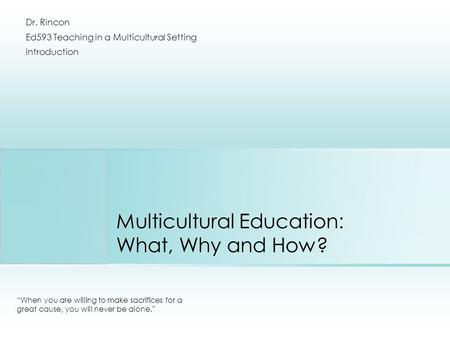 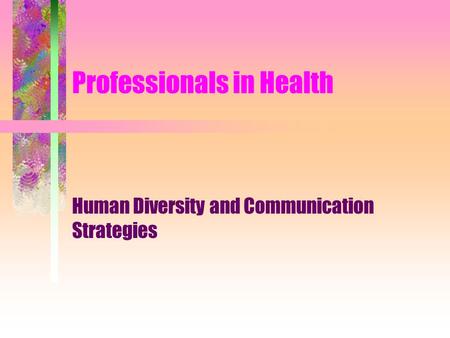 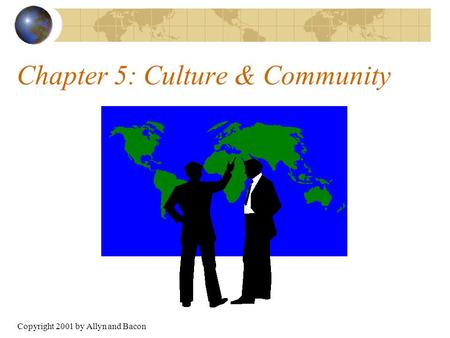 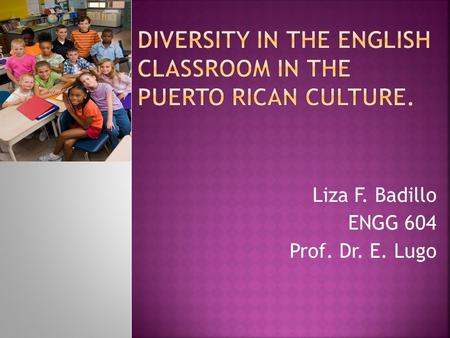 Liza F. Badillo ENGG 604 Prof. Dr. E. Lugo.  Define diversity.  Discuss where we can see or find it.  To interpret implications of diversity in the. 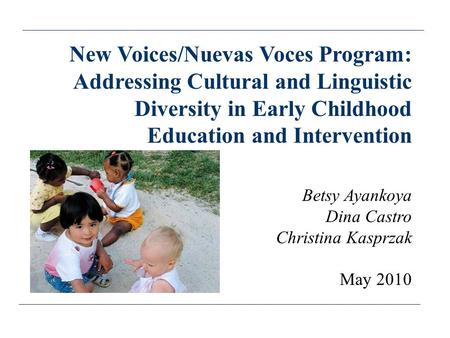