3 Motion of Particles The particles in an object are in constant random motion. Particles move faster in hotter objects than in cooler objects.

4 How is Temperature Measured?
Thermometers are used to measure temperature. Thermometers work on the principle of thermal expansion. As the temperature increases most objects expand due to an increase in kinetic energy. With increased kinetic energy, the particles in objects move farther apart (expand). Due to this expansion, the liquid in a thermometer moves upward.

5 Thermal Energy The feeling associated with temperature difference results from energy transfer. Changes in temperature involve changes in energy, but thermal energy and temperature are not the same. Thermal energy is the sum of all the kinetic and potential energies of the particles in an object. The amount of thermal energy depends on mass, temperature, and amount of energy a material stores per degree.

8 Calculating Heat Heat capacity is the capacity of any amount of material to absorb energy. If you are at the beach, which absorbs the most radiant energy, the ocean or the beach sand? As a substance absorbs heat, its temperature change depends on the nature of the substance, as well as the amount of heat added. Compared to a 1 kg of sand, the amount of heat that is needed to raise the temperature of 1 kg of water by 1oC is about six times greater.

9 Calculating Heat (2) Specific heat is the amount of heat required to raise the temperature of 1 kg of a material by 1 oC. Like density, specific heat is a characteristic physical property of a substance. Specific heat is measured in joules per kilogram degree Celsius. [J/(kg oC)]

13 Measuring Specific Heat (3)
Water has a very high specific heat, which is why it is used as a coolant. It takes more energy to increase the temperature of water than for other substances in nature.

14 Changes in Thermal Energy
The thermal energy of an object changes when heat flows in or out of the object. The following equation can be used to calculate thermal energy:

15 Heat Flow Heat flow is the movement of heat from areas of higher temperature to areas of lower temperature. This heat flow may occur in three ways: through conduction, convection, and radiation.

19 Conductors Any material through which energy can be transferred as heat is called a conductor. Solids are the best conductors, especially metals.

20 Convection Convection is the transfer of thermal energy in a fluid (liquid or gas) by the movement of warmer and cooler fluid from place to place. When convection occurs, more energetic particles move from one place to another. As particles move faster, they tend to be farther apart so a fluid expands as temperature increases. Therefore, the density of a warmer fluid is less than that of the surrounding cooler fluid.

21 Convection (2) Due to differences in density, the warmer fluids (less dense) rise and the cooler fluids (more dense) sink. The cycle is called a convection current. Convection causes the weather patterns on Earth.

23 Radiation Radiation is the transfer of energy by electromagnetic waves. These waves can travel through space even when no matter is present. This type of heat travels outward from its source in all directions. Energy that is transferred by radiation is often called radiant energy. Heat from the Sun warms Earth by radiation.

24 Radiation (2) When radiation strikes a material, some of the energy is absorbed, some is reflected, and some may be transmitted through the material. This figure shows what happens to radiant energy from the Sun as it reaches Earth. Materials that are light-colored reflect more radiant energy, while dark-colored materials absorb more radiant energy.

25 Radiation (3) Radiation can pass through solids, liquids, and gases.
Because particles are much farther apart in gases than in liquids or solids, radiation usually passes more easily through gases than through solids or liquids.

26 Insulators A material in which heat flows slowly is an insulator.
Examples of materials that are insulators are wood, some plastics, fiberglass, and air. A thermos bottle uses a vacuum and reflective surfaces to reduce the flow of heat into and out of the bottle. The vacuum prevents heat flow by conduction and convection. The reflective surfaces reduce the heat transfer by radiation.

28 Which is convection? Conduction? Radiation? 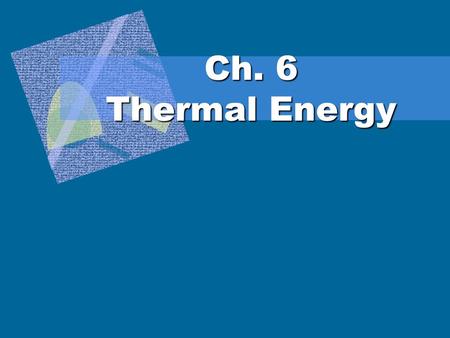 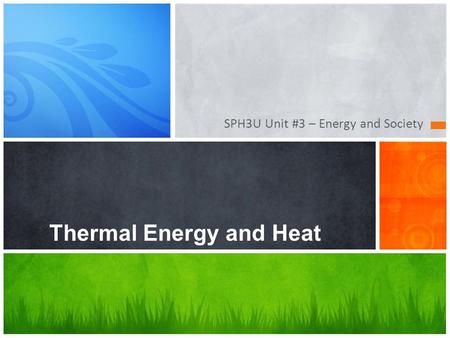 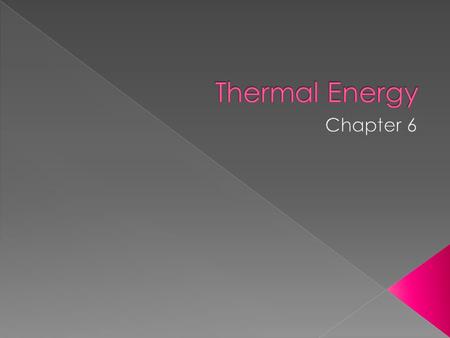 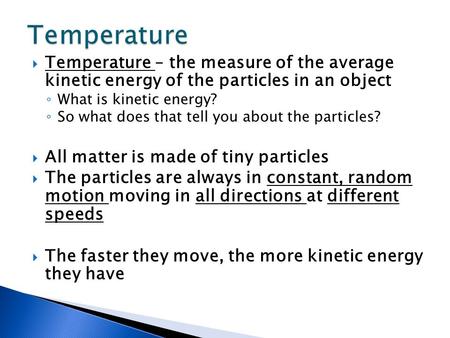 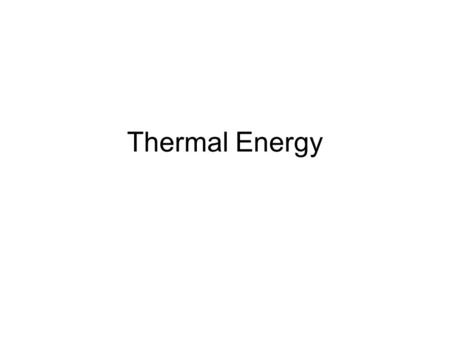 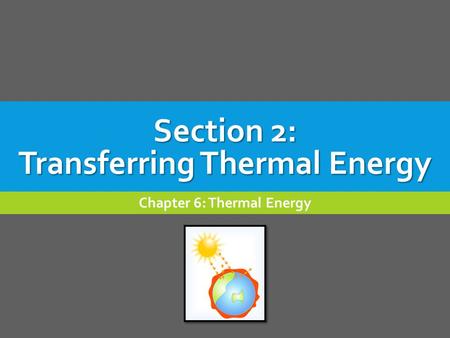