2 WARM – UP Spend 5 minutes reviewing the Quiz Quiz Trade Cards in the blue basket Take the Recovery Quiz. DO NOT WRITE ON THE QUIZ PAPER Answers go on notebook paper Please go to the next available page in your journal. Title the page “Thermal Energy Notes”

3 Students will be familiar with the forms and transformations of energy. Elements of Standard S8P2 a. Explain energy transformation in terms of the Law of Conservation of Energy. b. Explain the relationship between potential and kinetic energy. c. Compare and contrast the different forms of energy (heat, light, electricity, mechanical motion, and sound) and their characteristics. d. Describe how heat can be transferred through matter by the collisions of atoms (conduction) or through space (radiation). In a liquid or gas, currents will facilitate the transfer of heat (convection).

4 Essential Question What are the three methods by which thermal energy is moved from place to place?

7 Thermal Energy Thermal energy is the total energy of the particles in a material. Temperature is measured with a thermometer.

8 Thermal energy depends on: 1.Mass – the greater the mass, the larger the number of moving particles 2.Temperature – the higher the temperature, the faster the particles are moving 3.

10 Example –Mass as a factor However, mass will compound the effect.

16 Method #1 Conduction – transfer of thermal energy through matter by direct contact of particles Transfer by Collisions Conduction can take place in solids, liquids and gases. Matter must be present for conduction to take place!

19 Convection What happens to the particles in a liquid or a gas when you heat them? The particles spread out and become less dense. This effects fluid movement. What is a fluid? A liquid or gas.

23 Why is it windy at the seaside?

25 Matter must be present for convection to take place!

26 The third method of heat transfer How does heat energy get from the Sun to the Earth? There are no particles between the Sun and the Earth so it CANNOT travel by conduction or by convection. ? RADIATION

27 Radiation Method #3 Radiation – the transfer of energy by electromagnetic waves, such as visible light and infrared Energy that travels by radiation is often called radiant energy. Electromagnetic energy must be converted or transformed into thermal energy. Only radiant energy that is absorbed can be converted into thermal energy. Transfer by Waves

33 Convection questions Why are boilers placed beneath hot water tanks in people’s homes? Hot water rises. So when the boiler heats the water, and the hot water rises, the water tank is filled with hot water. Why does hot air rise and cold air sink? Cool air is more dense than warm air, so the cool air ‘falls through’ the warm air.

34 Radiation questions Why are houses painted white in hot countries? White reflects heat radiation and keeps the house cooler. Why are shiny foil blankets wrapped around marathon runners at the end of a race? The shiny metal reflects the heat radiation from the runner back in, this stops the runner getting cold. 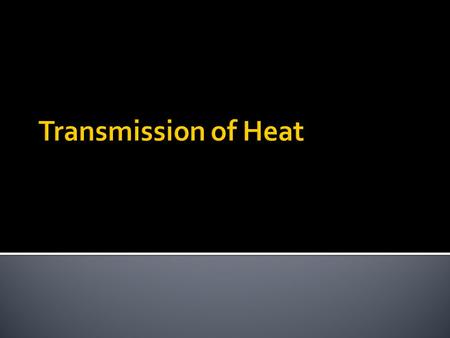 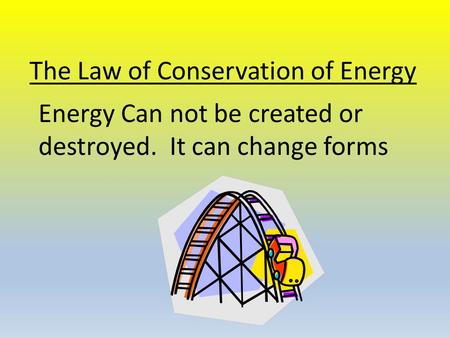 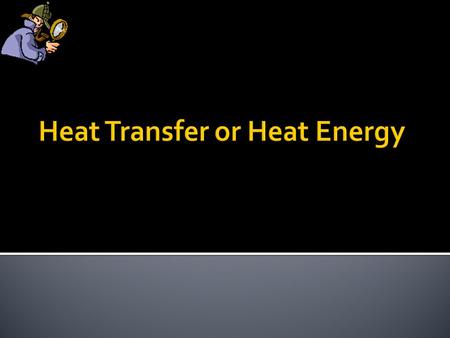 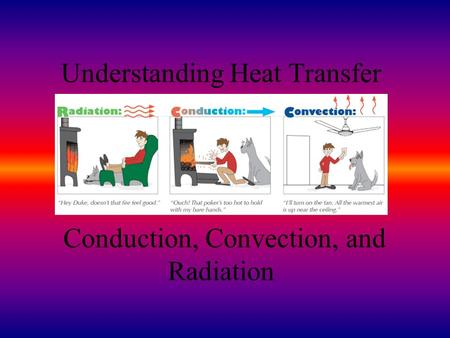 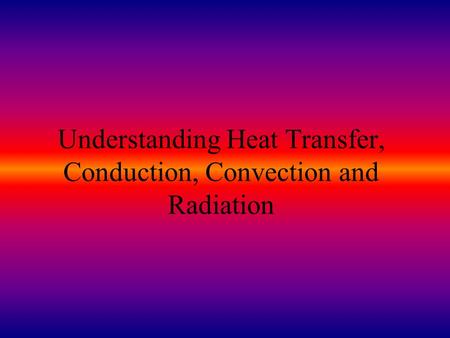