3 When the Roman Empire fell…
The Pope stayed behind to help calm and Christianize the Germanic Barbarians.

4 The Byzantine Empire The Romans who moved east to Constantinople needed a new religious leader since they could no longer easily communicate with the Pope in Rome. Constantinople Rome

5 The Byzantine Empire Selected a leader they called the Patriarch to be the head of their faith. They began to call their religion the Eastern Orthodox Church.

8 The split widens The Pope in Rome claimed to be the head of all Christian churches everywhere. The Byzantines disagreed, saying the Patriarch and other bishops were equal to the Pope. One leader for all Christians everywhere. No, we are all equal leaders.

9 The split widens even more
In the late 700s the Byzantine emperor refused to help the Pope in Rome when he was attacked by barbarians. The Pope turned to the Frank tribe for help and gave the Frankish king, Charlemagne, the title of Holy Roman emperor. This angered the Byzantines. 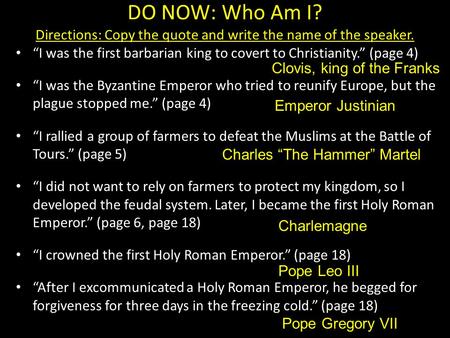 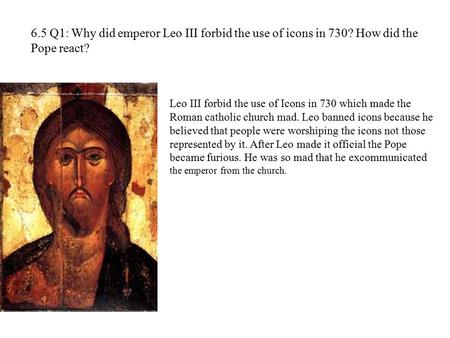 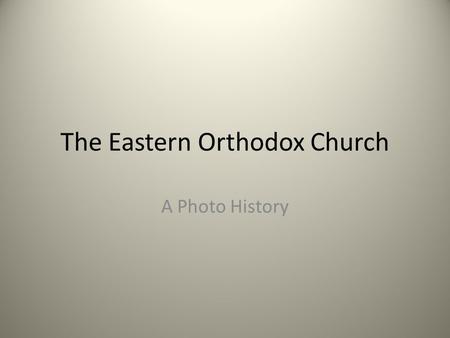 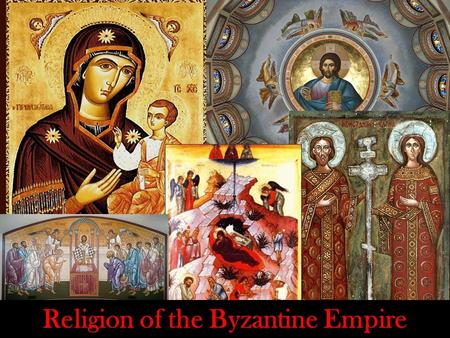 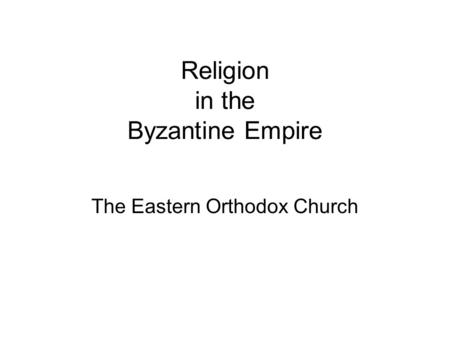