Presentation on theme: "Falling Objects and Gravity. Air Resistance When an object falls, gravity pulls it down. Air resistance works opposite of gravity and opposes the motion."— Presentation transcript:

2 Air Resistance When an object falls, gravity pulls it down. Air resistance works opposite of gravity and opposes the motion of objects that move through the air. Air resistance causes different objects to fall with different accelerations at different speeds. – Amount depends on the speed, size, and shape of the object.

5 Terminal Velocity The force of air resistance on an open parachute balances the force of gravity. The parachute opens and the terminal velocity of the sky diver becomes small enough that he/she can land safely.

9 The Earth’s Gravitational Acceleration Close to the Earth’s surface, the acceleration of an object in free fall is 9.8 m/s 2. This acceleration constant is sometimes labeled g. By Newton’s 2 nd law of motion, the force of Earth’s gravity on a falling object is F = mg

10 Example What is the gravitational force on a sky diver with a mass of 600 kg?

11 Weight Even if you aren’t falling, the force of Earth’s gravity is still pulling you downward. Weight – the gravitational force exerted on an object Weight can be calculated by the following equation: W = mg

12 Weight and Mass Weight and mass ARE NOT THE SAME THING! Weight is a measure of force. Mass is the measure of the amount of matter in an object. Weight changes as gravity changes; mass does not.

Download ppt "Falling Objects and Gravity. Air Resistance When an object falls, gravity pulls it down. Air resistance works opposite of gravity and opposes the motion." 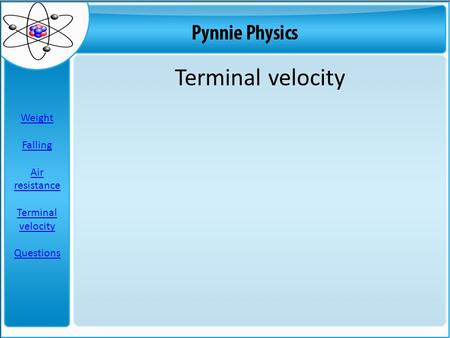 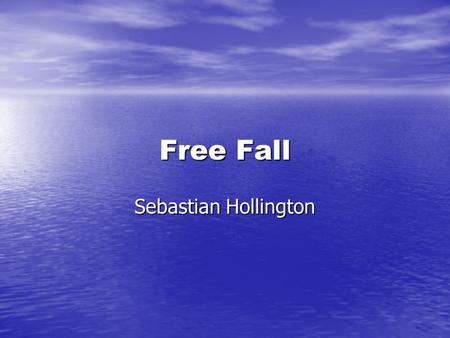 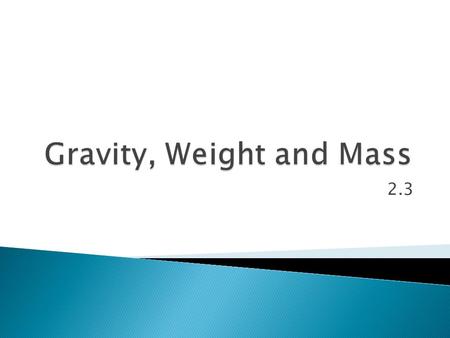 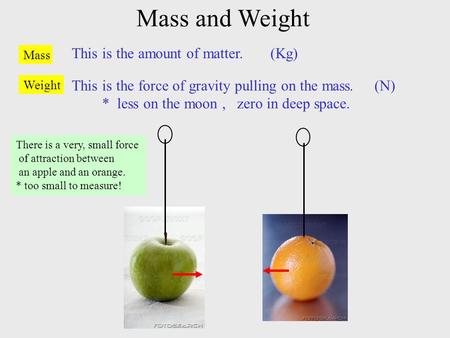 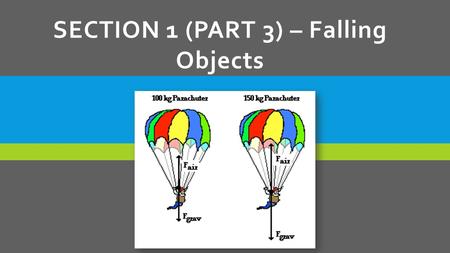