3 The Six Elements of Tragedy

5 “For Tragedy is an imitation, not of men, but of an action and of life, and life consists in action” (vs. narration) Also, "the most powerful elements of emotional interest in Tragedy – Peripeteia or Reversal of the Situation and Recognition scenes (anagnorisis) – are parts of the plot.”

7 What kinds of events should a tragedy concern itself with?

8 Tragedy is an imitation of an action that is complete, and whole, and of a certain magnitude. By magnitude, Aristotle means “that the sequence of events, according to the law of probability or necessity, will admit of a change from bad fortune to good, or from good fortune to bad.”

9 Reversal of the Situation (peripeteia) is a change by which the action veers round to its opposite, subject always to our rule of probability or necessity. Thus in Oedipus, the messenger comes to cheer Oedipus and free him from his alarms about his mother, but by revealing who he is, he produces the opposite effect.

10 Recognition (anagnorisis), as the name indicates, is a change from ignorance to knowledge, producing love or hate between the persons destined by the poet for good or bad fortune. The best form of recognition is coincident with a Reversal of the Situation, as in Oedipus. But, of all recognitions, the best is that which arises from the incidents themselves, where the startling discovery is made by natural means (causality).

11 “This recognition, combined with Reversal, will produce either pity or fear” thus effecting the proper [purification] of these emotions (catharsis).”

12 “In his discussion of catharsis, Aristotle tries to account for the undeniable yet remarkable fact that many tragic representations of suffering and defeat leave an audience feeling not depressed, but relieved, or even exalted.” (Abrams, M.H. A Glossary of Literary Terms.)

14 How to Construct the Perfect Tragedy…

15 The change of fortune presented must not be the spectacle of a virtuous man brought from prosperity to adversity: for this moves neither pity nor fear; it merely shocks us. Nor, again, that of a bad man passing from adversity to prosperity: for nothing can be more alien to the spirit of Tragedy; it possesses no single tragic quality; it neither satisfies the moral sense nor calls forth pity or fear. Nor, again, should the downfall of the utter villain be exhibited…

16 A plot of this kind would, doubtless, satisfy the moral sense, but it would inspire neither pity nor fear; for pity is aroused by unmerited misfortune, fear by the misfortune of a man like ourselves. Such an event, therefore, will be neither pitiful nor terrible. There remains, then, the character between these two extremes- that of a man who is not eminently good and just, yet whose misfortune is brought about not by vice or depravity, but by some error or frailty (hamartia). He must be one who is highly renowned and prosperous- a personage like Oedipus, Thyestes, or other illustrious men of such families.

17 The change of fortune should be not from bad to good, but, reversely, from good to bad. It should come about as the result not of vice, but of some great error or frailty, in a character either such as we have described, or better rather than worse.

19 How do Aristotle’s Poetics contribute to our understanding of Greek tragedy? 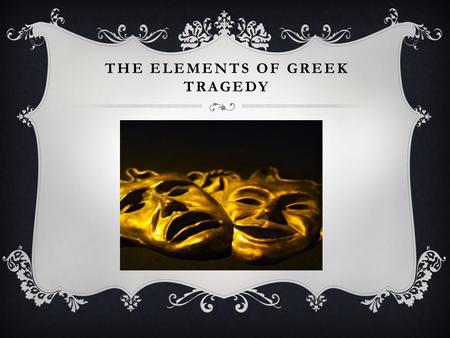 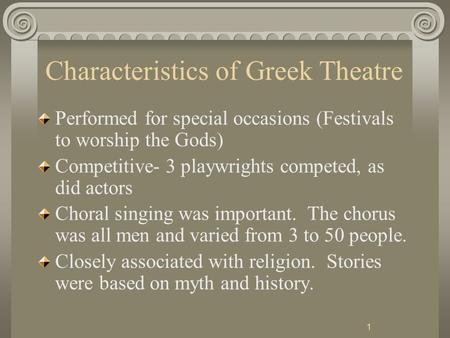 1 Characteristics of Greek Theatre Performed for special occasions (Festivals to worship the Gods) Competitive- 3 playwrights competed, as did actors Choral. 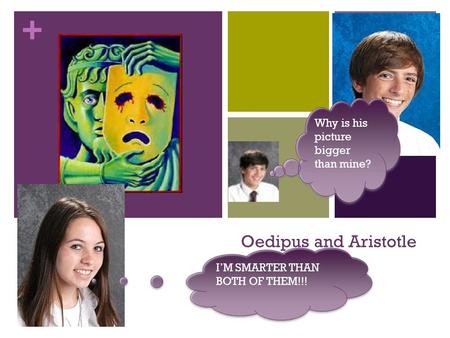 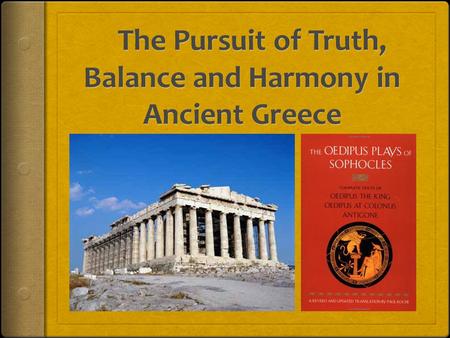 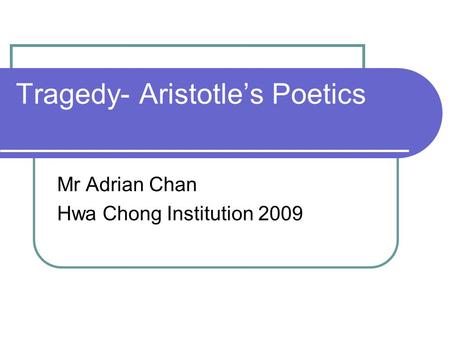 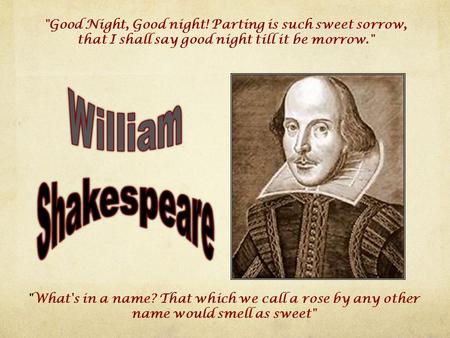